comments Share
You are reading
The Martian – Movie Review

“The Martian” is about an astronaut who, after an accident, is left alone on the surface of Mars and struggles to survive. The main idea reminded me of “Cast Away” but this is nowhere near as good. In fact, the movie has so many problems I’ll present them in a list. 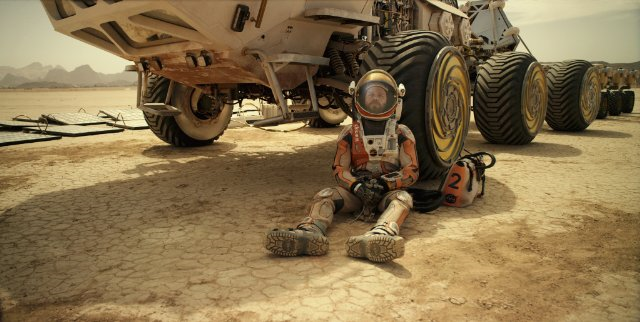 First, there is too much narration. The hero describes in detail everything he does or plans to do. He should have given us only the necessary info and let us guess the rest. Second, I never felt a sense of loneliness because Mark communicates with other people and we see very often what is happening on Earth. Third, there is limited dramatic effect, mainly because the hero is too calm, the overall tone is lighthearted and the music is inappropriate. Fourth, the main character knowing how he will leave Mars decreases tension. Imagine “Cast Away” if you knew Chuck must wait for a specific ship to pass near the island at a specific date. Fifth, many events are ridiculous. A guy is stabbed in the belly by a metal object and bleeds for hours but doesn’t die? He seals his base on Mars air-tightly with a plastic cover? He replaces the front of a space vehicle with a plastic cover? So, no need for doors and aerodynamic design. And how on earth did he breathe for so many months?

Sixth, there is no special atmosphere due to the unimaginative direction and the fact that the movie, despite its name, takes place too little on Mars and too much on Earth. Seventh, the hero doesn’t need to make decisions during the second half of the film. After he finds out how to farm and communicate with NASA it’s up to other people to decide how he will be saved. All he has to do is continue his potato diet and wait for the solar panels to charge while he sleeps. The only noticeable exception is the Iron Man stunt (where the movie becomes amusing by making fun of itself). Eighth, the inclusion of the Chinese space program offers nothing to the plot and exists only to sell tickets to another market. Ninth, the music is not suitable for this kind of story. Disco? Seriously? 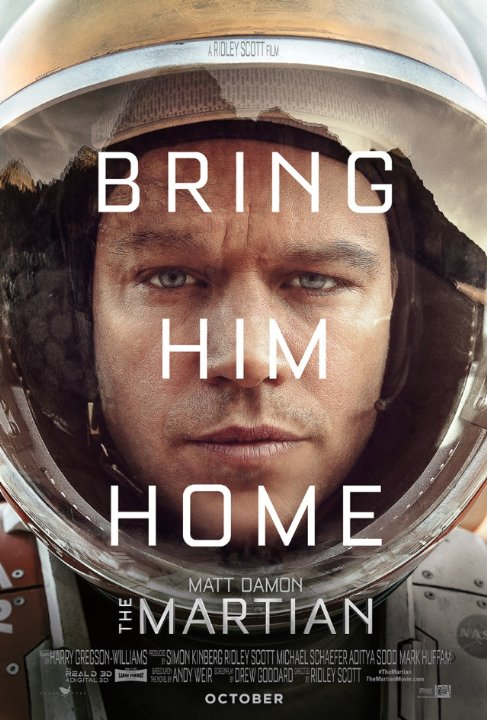 I could mention other annoying details. For example, the movie losing its pacing completely when the astronauts communicate with their families from Hermes, or the scientist who is asleep on his sofa, wakes up and suddenly has an epiphany on how to bring Mark home, enters secretly the room where NASA’s super computers are kept and finally presents a rescue mission to the head of NASA (whom he doesn’t even know) using a pen and stapler.

The direction lacks artistic style and offers nothing visually stimulating. “Gravity” shows how you can make space look both haunting and beautiful. Here I got generic space scenes and a planet that looked the same everywhere, all the time. Would it be too much to ask for Mark having to cross a canyon or dealing with another storm? In fact, the “Martian” tried to imitate “Gravity” at the last scene in space, with the orange belt stretching in the void.
The performances are sub par; Matt Damon plays his character wrong, as he doesn’t give the impression of a man anxious for survival. If the hero isn’t worried why should I be? Jessica Chastain rarely shows emotion, Kristen Wiig probably wonders why she is there. Generally, NASA characters are bland and forgettable.

“The Martian” is one of those very few movies that made me feel nothing at all, not even boredom; that’s why I am giving it a 5/10. At least it explains how the water on Mars was created: Mark produced it for his potatoes.