comments Share
You are reading
The Walk – Movie Review

“The Walk”’s trailer I saw consists of one scene: a young man approaches the edge of a skyscraper’s roof, stares up ahead at another skyscraper of equally immense height, then climbs on a metal beam stretching over the void and balances on one leg. Without any words you can tell he intends to try something unimaginable. The skyscrapers are the Twin Towers of the World Trade Center and the movie, based on a true story, takes place in 1974, when they had just been built. 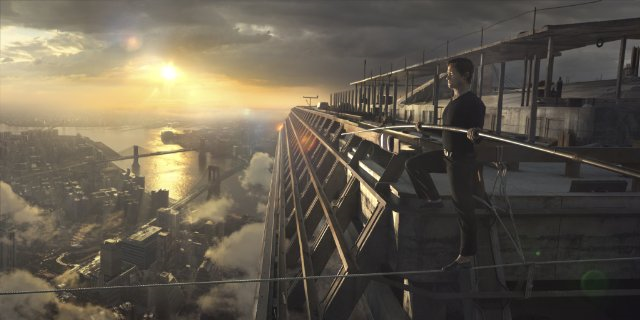 I could divide “The Walk” in four parts. First, we get to know the hero, Philippe Petit, from France, as he makes his first walks on a wire, gradually becoming better with practice and natural talent. That’s when he meets Annie, whom he falls in love with. Of course, the most important event is Petit deciding to cross the distance between the Twin Towers on a wire, an unparalleled artistic feat he calls the “coup”. This part is original and humorous. I loved the scenes where the hero uses a paper figure and two bottles to show Annie what he plans to do or holding her on his back while practicing.

In the second part the hero travels to New York and finds “accomplices” to help him set up his feat without being arrested. This becomes harder when the “coup” begins and we see in detail their final preparations on the roof. The last part is, of course, the walk; unfortunately, it was slightly disappointing. The narration never stopped and prevented me from getting closer to the protagonist. Moreover, I would have preferred to see the crowd being shocked or afraid instead of focusing so much on the police officers. In addition, I knew what would happen and, no matter how resourceful a writer or a director are, there are few ways to show a man walk on a wire. Nevertheless, the movie was interesting till the final, touching moment. 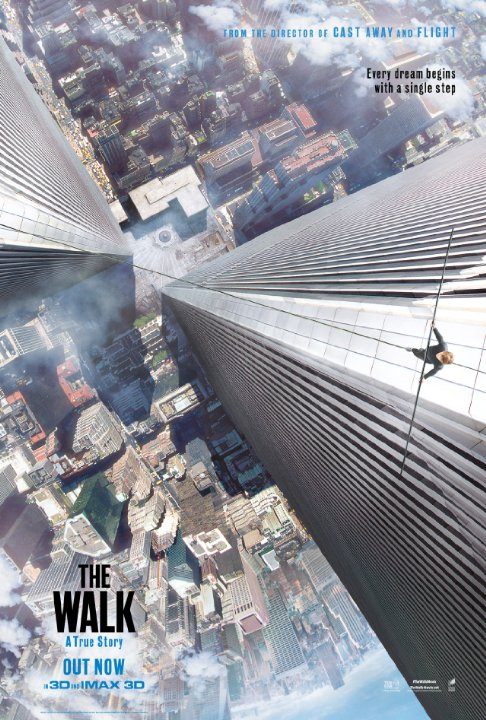 Joseph Gordon-Levitt’s wonderful performance made me feel comfortable with a character both “crazy” and friendly. Charlotte Le Bon plays his girlfriend, who is always by his side. Ben Kingsley impersonates an experienced high-wire walker who teaches him all the secrets of his job.

Concerning the direction, the city of Paris, for example the magnificent Notre Dame, provides a scenic background to start the story. The scene where the wire seems to be hanging in the clouds and everything else disappears is beautiful too. However, I didn’t really have the impression of extreme height. I don’t know if this is due to the limitations of a 2-d presentation or to the direction not being bold enough.

I would give “The Walk” a higher rating if I had enjoyed its second half as much as the first. The element of surprise is decreased and I didn’t feel more tension as the hero reached the ultimate test of his life, maybe because Petit was so sure of himself all the time. However, it is an original, lively film and a tribute to the famous city of New York. The last scene will certainly move many people.