There was a lot of talk that Tony Hawk’s Pro Skater 5 would get the series back to basics and install a sense of nostalgia in longtime fans of the series. This holds partially true, but anyone hoping that the series has evolved in any considerable way are likely to come away disappointed. 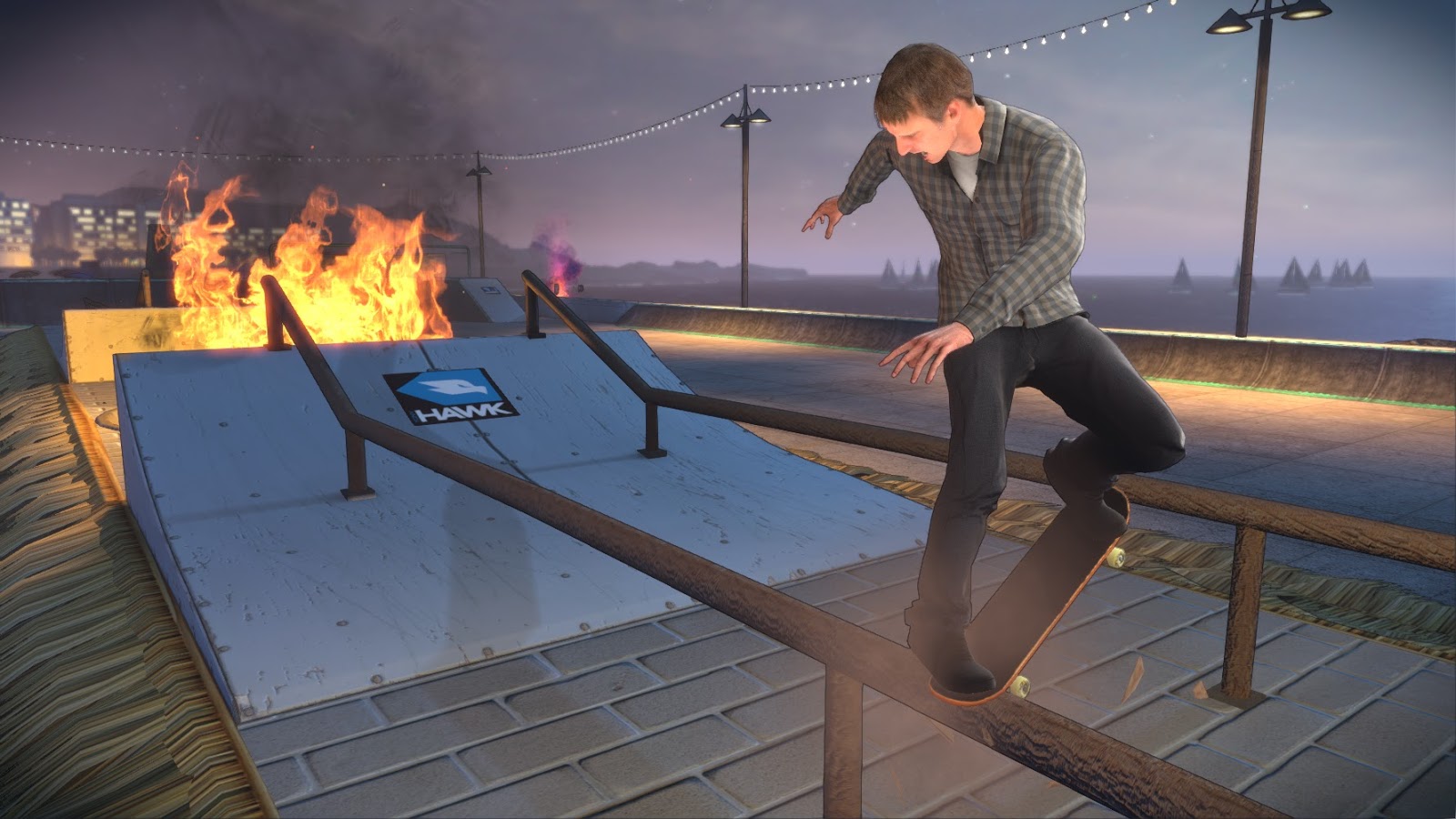 The Tony Hawk games have a well-deserved and often loyal following, though those fans became disillusioned over the years as the series seemed to veer away from the things that made it great. Instead of focusing on tight gameplay and lots of quality modes, the Tony Hawk games began to focus on gimmicks. I still remember the first time I saw the demo of the new skateboard peripheral. It was an interesting direction to take the series, especially with titles like Guitar Hero and the Wii U’s use of motion controls reaffirming that players wanted experiences that made them feel like they were in the game.

However, these gimmicks just never resonated with the core audience of Tony Hawk fans and the series found itself going into a deep hibernation that has lasted several years now. With a focus on a career mode with some RPG elements, the promise of multiplayer and a create-a-park mode, it looked like the series might be back on track. There are moments where Pro Skater 5 seems to be doing the right thing, it’s skateboarding action fun and entertaining. Too often however, the game misses the landing and falls flat on its face as well.

The career mode is challenging, but well-structured. Challenges in the level are rehashes of what we have seen in prior releases of the game, but they worked then and generally work now as far as objectives go. You really need to learn how to skate and skate well, as you only unlock content through nailing the best ratings. This barrier keeps you from blowing through the game’s somewhat sparse content too quickly, because you wind up trying to piece together the best way to score huge combos in each level. The stages themselves feel somewhat cramped at times however, limiting where you can go when it feels like the environment could have been somewhat more open. I did enjoy unlocking new skills as I earned stars in this mode, and it gave me a reason to keep trying to improve my scores. I was disappointed that I was basically playing one of about a dozen pro skaters but could not create my own skater from scratch. You can customize the looks of these skaters to a respectable degree, but making my own skater from the ground up would have been more enjoyable for me personally. 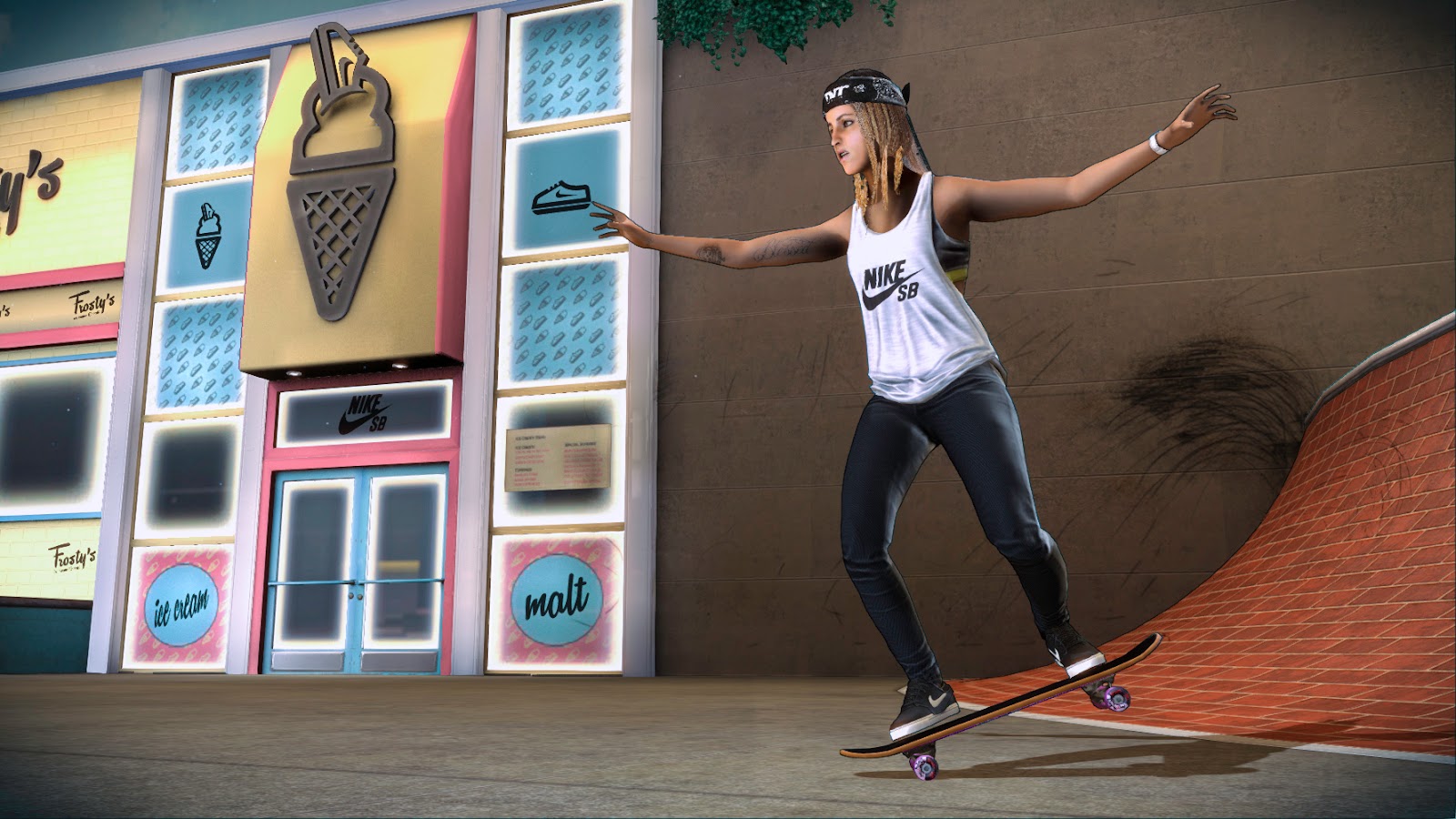 The multiplayer does not hold up quite as well. Frankly, I spent most of my time just playing the game in solo mode, but the multiplayer component at least does not take anything away from the game. It simply is not terribly interesting either. There is a lot of standing around and watching others do their thing. I suppose maybe things will smooth out a bit further from launch, but I expected a lot of players to be actively looking to compete in deathmatch and trick attack modes, but that was not the case. Perhaps part of the problem is how menu intensive this part of the game can be. I understand it from a technical standpoint as you try to get matches established, but for a game that is supposed to be all about the action, it should would be nice to do away with all of these menu screens.

Create-a-Park is a nice filler mode as it seems to have opened up from prior entries in the series. Choose from Beach, Skatepark, School, Warehouse and Space Station (no, seriously) to theme your areas and there is some pretty solid variety – though a few more themes would have been nice. The creation tools are actually pretty approachable and you can come up with some pretty insane areas due to the large number of objects you can place.

So what about the core gameplay? At its core, returning fans of the series should feel relatively at home with the mechanics here. You are still trying to gain speed and air to pull of ridiculous combos and tricks. Honestly, this is where Tony Hawk’s Pro Skater 5 is at its best – when it is moving fast and you are focused on your character and the tricks and not all of the other stuff around your skater. The graphics themselves feel dated, reminding me a bit too much of the older games and reinforcing the notion that this title is not the kind of true AAA release Activision is probably hoping it will be seen as. Character details are lacking, the environments are surprisingly static and dull and the framerate can get into a rough state now and again, though the gameplay itself is generally smooth. The cel shaded visuals allow for instances of vibrant colors and the sense of speed and movement are solidly animated, but this is not a pretty title by any means. The matter is not helped by the sometimes crazy glitches that make your skater move in ways no human probably can. These bugged out visuals do not happen all of the time, but frequently enough to be an annoyance at the very least. 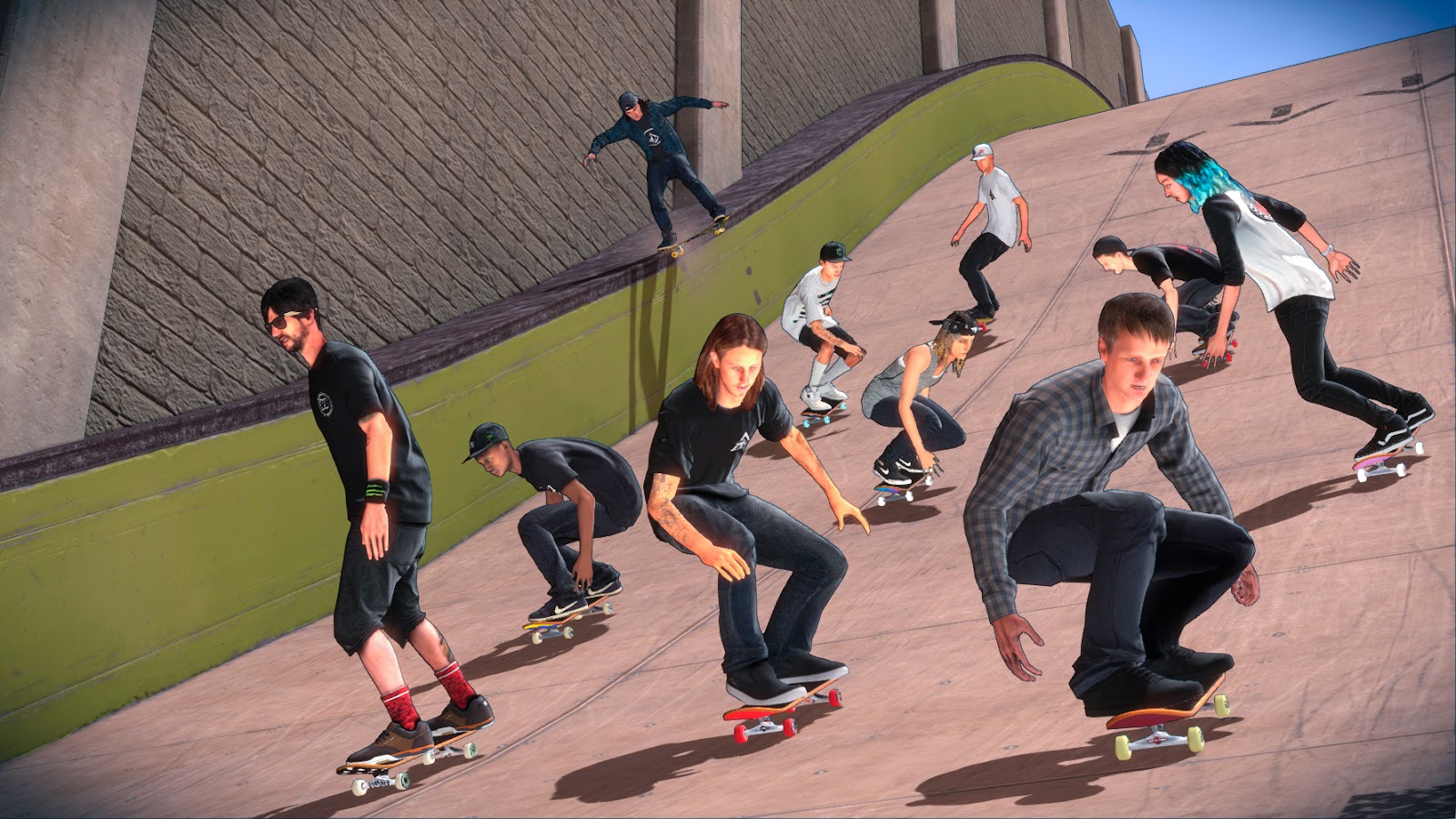 The audio holds up considerably better. The Tony Hawk games have leveraged a lot of truly memorable songs over the years, and with a few dozen new titles playing in the background here, the collection is not perfect, but it does compliment the action of the game by and large. The variety of audio coming from the moves made and the environment around your skater show more creativity than the visuals generally do, and it avoids becoming repetitious at least, especially when one considers the varied music.

Tony Hawk’s Pro Skater 5 has the right idea a good chunk of the time, trying to recall some of the better installments from the series’ past. To a point, I think the direction of the series has changed for the better, but the end result is still a flawed gaming experience that feels outdated visually and its limited content better suited as a $15-20 download title. Too many rough edges make this game feel rushed and not worth the price tag associated with it. Too many bugs upon release, and frankly – too many hopes dashed by what feels too much like a cash grab on a once-beloved IP.