PlatinumGames knows action gaming and their latest offering with Transformers: Devastation is arguably their most entertaining yet. Admittedly, the experience is not as long or as deep as some other titles out there, but the look and feel of the show shines through and the end result is a title that I found impossible to put down until I had won. And then I started to play again. 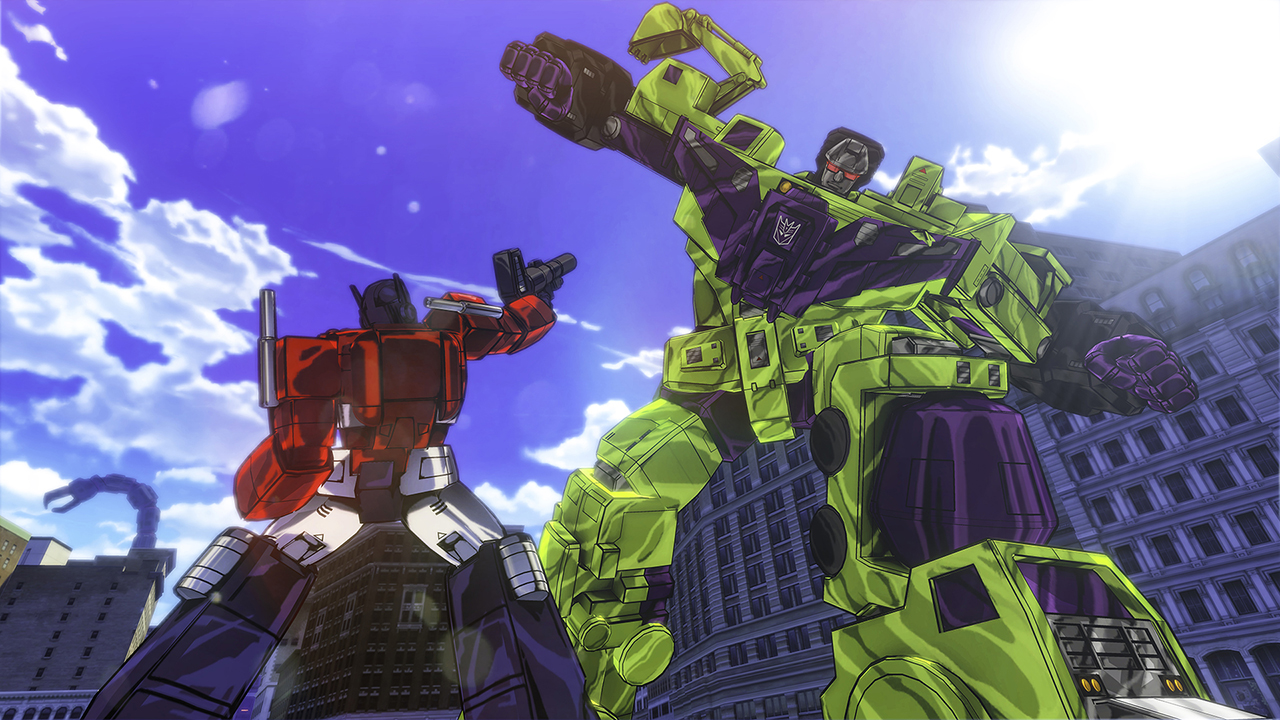 I have heard Transformers: Devastation called “Bayonetta with robots” from several people, and it is easy to see why they would make this claim. Like Bayonetta, there is a ton of action taking place all over the screen as you control robots that look large and lumbering through combat that is actually quite spry and varied. Other similarities such as “Witch Time” versus “Focus” with precision combat tempered against flashy over-the-top scenes.

You take control of some familiar Autobots such as Optimus Prime, Bumblebee, Grimlock, Wheeljack and Sideswipe to battle an army of Decepticons. Of course some of the more memorable names in the villainous roster such as Megatron, Starscream and the Devastator make their appearance, but the majority of the time you will be taking on foot soldiers that might as well be red shirts from Star Trek – their only real purpose is to slow you down along the way before they die. That is not to say these more generic enemies are boring, because they come in a variety of different flavors that will continue to challenge you as your Autobots grow more powerful through the stages. 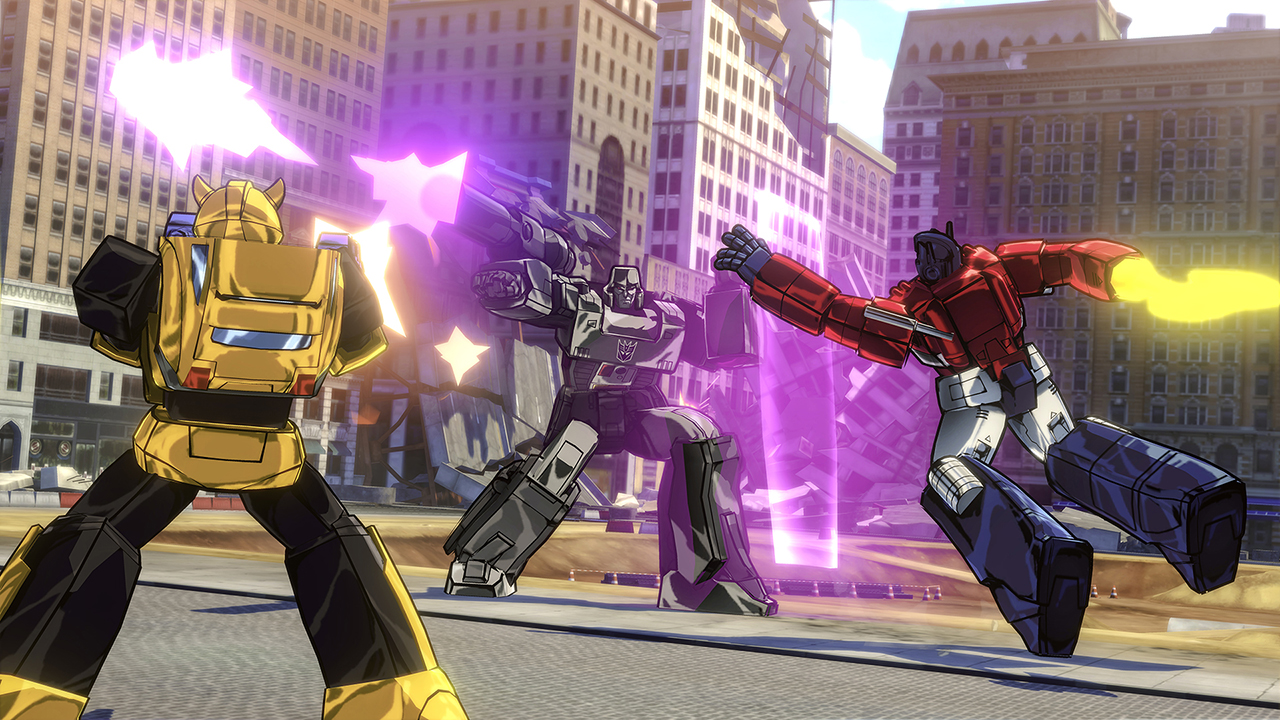 What makes this game sing for an older guy like me who grew up loving the first generation cartoon is how well the team at PlatinumGames nails the personality of the franchise. Optimus is of course the leader and powerful hero with words of wisdom, while Bumblebee is quick both as a fighter and with his joking remarks. The visuals are just amazing, with the right use of color, but even greater detail than those of us watching the cartoons got to experience. Explosions happen all over the place as gusts of turbine-powered wind move things in the background or mechanical objects grind and churn in the scenery. There is a shimmering sheen to the characters, giving them a more modernized metal look that adds detail and flair to the visuals while still paying respect to the source material.

Combat is, as one would expect from PlatinumGames, a frantic affair. You have a block button, and the Focus slowdown mechanic certainly is handy once you master it, but generally speaking the best defense is an even better offense. Mix in ranged and melee attacks and then shift into vehicle mode for an extra flashy finish. If that last bit sounds weird, that is because it kind of is – and it is also kind of great. You can fight as a robot or a vehicle, something that far too many Transformers games over the years just never really got right. Additionally there are stages where being a vehicle helps you to navigate timed traps in passages or to make leaps over large chasms due to conveniently located ramps along the way. 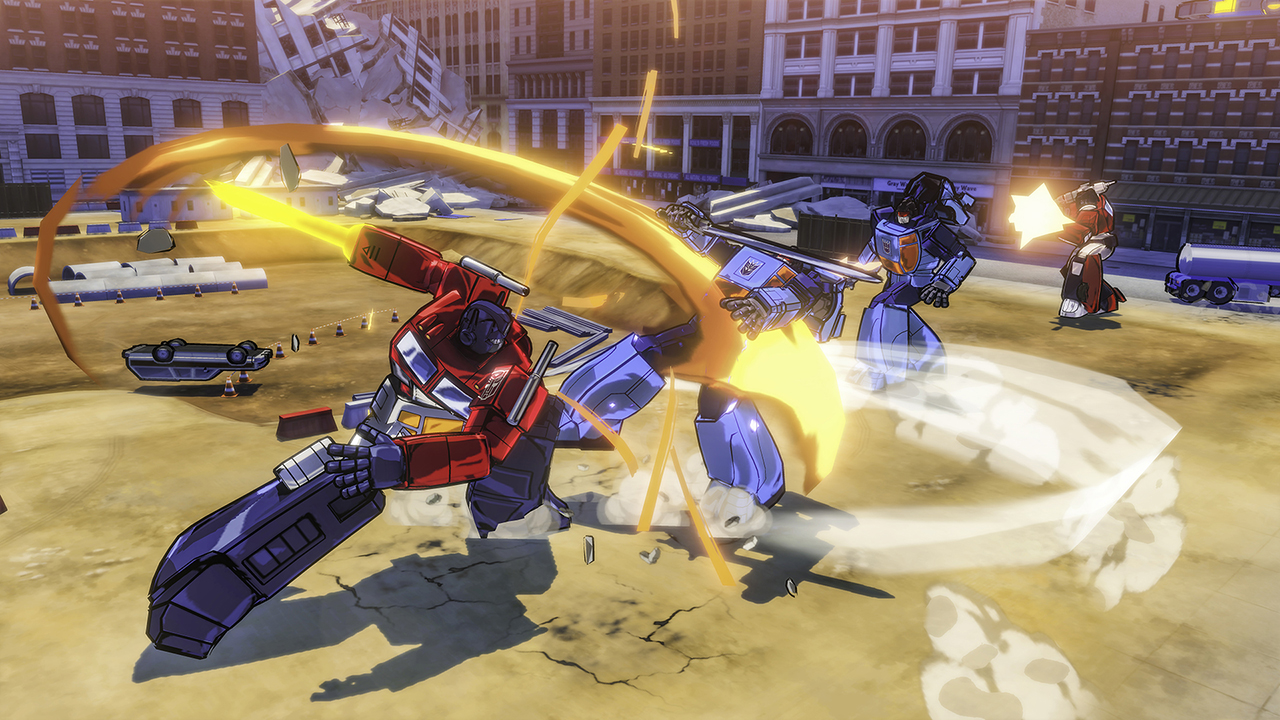 The combat could be accused for being shallow, as you can use a handful of different weapons and thankfully each of the robots not only sports a unique personality but feel during battle as well. Still, by and large you will be performing the same basic combos and strings of button presses along the way. The action is so good that I never really minded, and at higher levels of difficulty it certainly behooves you to master some of the more intricate timings, but Transformers’ combat is fun yet a little shallow. Thankfully between stages you have access to upgrades that help to keep things interesting and give you a sense of progression as you make your way through what is admittedly a pretty thin story of stopping the evil Decepticons from seeing their plan through. These between chapter purchases include things like weapon synthesizing and skills, but they do make the frantic later level combat easier to navigate.

For as much fun as the combat is, I admit that the driving sequences and somewhat odd ‘stand alone’ moments with brief, new mechanics did not sit as well with me as the rest of the game did. Thankfully these are more the exception than the rule, but they really do mar the game’s otherwise excellent pacing. It is also worth noting that this is a game that is meant to be replayed, as the core story experience is only about eight hours long. The challenges are a nice touch and going back and replaying chapters with different characters is a good time as well. All in all Transformers: Devastation is exactly the kind of experience fans of the original cartoon have been waiting a very long time for.