In preparation for the arrival of Level 5’s Yo-Kai Watch, a demo has hit the Nintendo eShop allowing players to finally get a taste of this JRPG that has been out in Japan for ages. Finally coming out in not very long now for the rest of the world, Yo-Kai Watch is looking good with its own spin on the JRPG style. 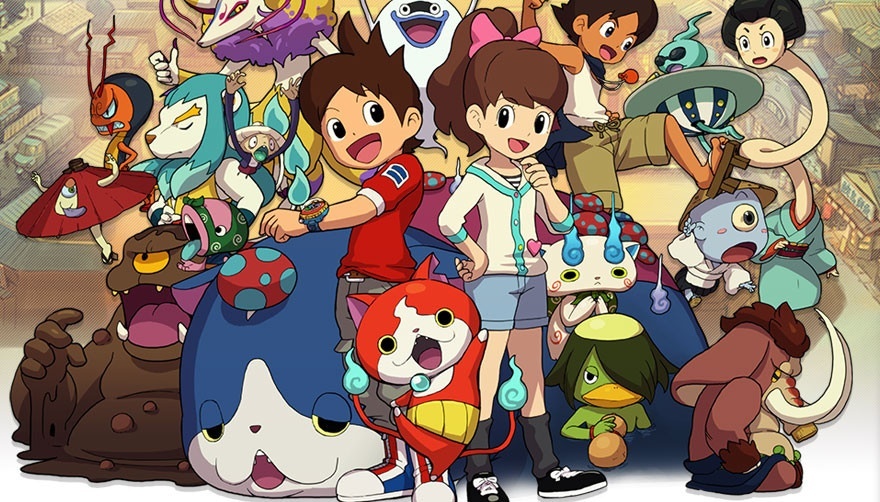 The provided demo through the eShop is a very short affair clocking in around twenty to twenty-five minutes to complete the main objective with some other light exploration around the town. If nothing else, then it really is a taste of things to come. Within this half an hour however there’s a good feel for how exploration is handled as there’s a decent space of the city that is available for our young ghost hunter to explore.

Story details are light other than the premise of what is already known. Our young protagonist which by default and used in the Demo, Nate, one day finds a capsule machine in the woods while bug catching that once opened saddles him with his very own Yo-Kai. Granting him a watch that allows to see these ghostly creatures, Nate’s new found friend is going to teach him all about the ghosts whether he likes it or not.

One of the biggest and most noticeable things is the constant usage and inclusion of both screens of the 3DS. Running around the town will always be on the top screen which can be panned either left or right in order to better see what is being looked at in certain cases. Now while this can help better see the sides of a house, not including a full circle rotation allows the city to hide certain portions of itself essentially letting it have some secrets that require moving behind a wall yourself instead of simply looking down the alley if there is something to be picked up. 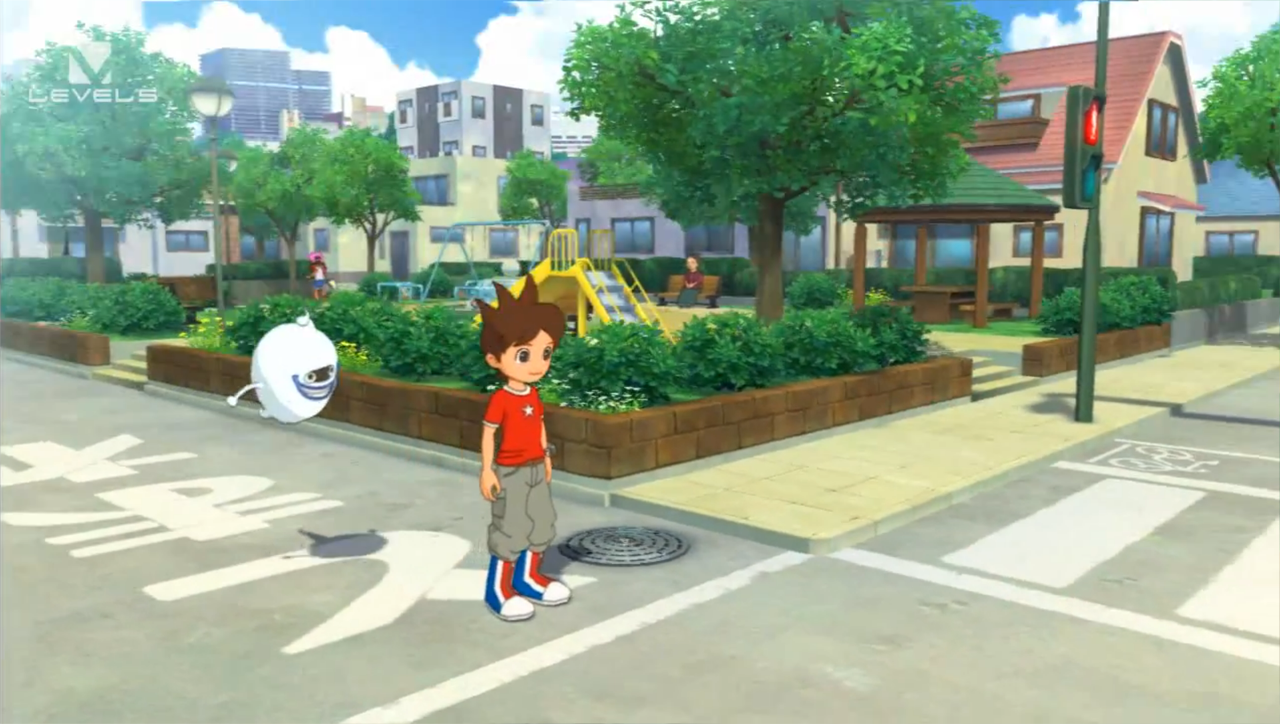 On the bottom screen of the 3DS while exploring is a detailed city map that shows where the roads, houses, sidewalks, and people are milling about. This map, if the situation allows for it, will have arrows that direct Nate in the direction needed in order to move closer to the goal. At other points in time, the good old fashioned manner of walking and talking to residents will be required in order to figure out exactly where to go and what to do. Having both for the same task was a nice touch as it both guides you but doesn’t “hold your hand” the whole way to your goal.

Where things become a little more interesting is the inclusion of the touch features when the watch’s meter starts to rise in the presence of a ghost milling about. These ghosts can be anything from a helpful little guy to ones that will attack you for having seen them. When Nate comes close to the presence of a ghost and the meter’s needle is just about in the red, a scanner of sorts can be used in order to isolate the location of the ghost in order to make it visible in the real world. Moving the cursor which can be seen on the top screen while using the lower one in order to move it around, a circular meter will fill up showing the status of the process until it is complete. Some ghosts will not appreciate being seen and try to move around in order to foil your scanning while others will honestly just sit there and pay you no mind until the process is complete. What was interesting with the design is that everything is explained with the touch screen in mind but if someone really doesn’t want to use it then the shoulder buttons as well as the circle pad can be used otherwise.

Once a ghost has been found, an interaction can occur from having to move over and talk to it all the way over to being attacked outright and having to defend yourself. If from what I’ve seen is accurate, battles are the sort of affairs that will take care of themselves as your Yo-Kai will automatically attack in what look to be invisible ATB (Active Time Battle) durations. In no way does this mean that this is a hands off affair. If anything, this is where needing an actual tutorial for the battle mechanics is honestly going to come into play as I ended up “spamming” ultimate attacks until the enemies were no more. I wonder how easy it’ll be to have a fully loaded meter per battle participant in the full version as each fight started off with all party members already provided with the ability to unleash hell itself in some cases upon their foes. 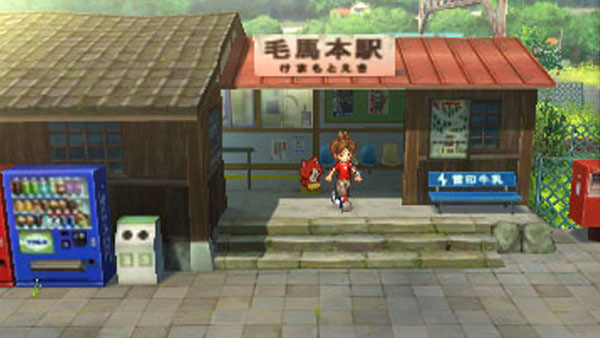 Ultimate attacks require performing actions from spinning a meter around, tracing several different visual objects, and clicking on moving orbs in order to charge up and unleash the attack. With the level of hands on that these require I was glad for my allies’ auto attacking while concentrating on the objective at hand. As there are six party members, there were more than enough ultimate attacks to go around. Combat, with or without these, in and of itself was interesting with another feature that seems to play key to the events in question as it was mentioned outside of battle as well as in. Apparently ghosts can project their feeling upon humans and their own kind alike that while leading to some interesting storytelling, can really put a damper on the battle prowess of your party.

Being Inspirited honestly seemed to reduce the battle potential of your party until you could break them out of it with a different set of actions on the touch screen than those to unleash an ultimate attack. As there are six party members, swapping is made easy in order to allow the others to continue fighting as you try to break your battler out of their slump. Technically the battler if you really wanted them on the front line could be broken out while there but with how easy swapping members is, there’s no reason to not swap them.

Swapping members is another one of the touchscreen features that is quite easy to use. Placed in a six segment circle, the wheel can instantly be turned at any point in time to switch which of our battlers are on the field. This makes throwing ultimate attacks and breaking battlers out of being inspirited much easier than having to either click and drag from a menu or have to use multiple menus options in order to perform this action. Having gone in this manner though, battlers are stationary in their circular portions meaning that they are attached to their left and right neighbour for the duration of the battle. Some considerations to how far you move the wheel will need to be thought of especially if it means to turn the wheel more of your party members will be inspirited.

Yo-Kai Watch, even if it was just a glimpse, is looking like something that the 3DS has been needing for a good little while now. A fun JRPG for everyone to easily get behind upon its release November 6th. 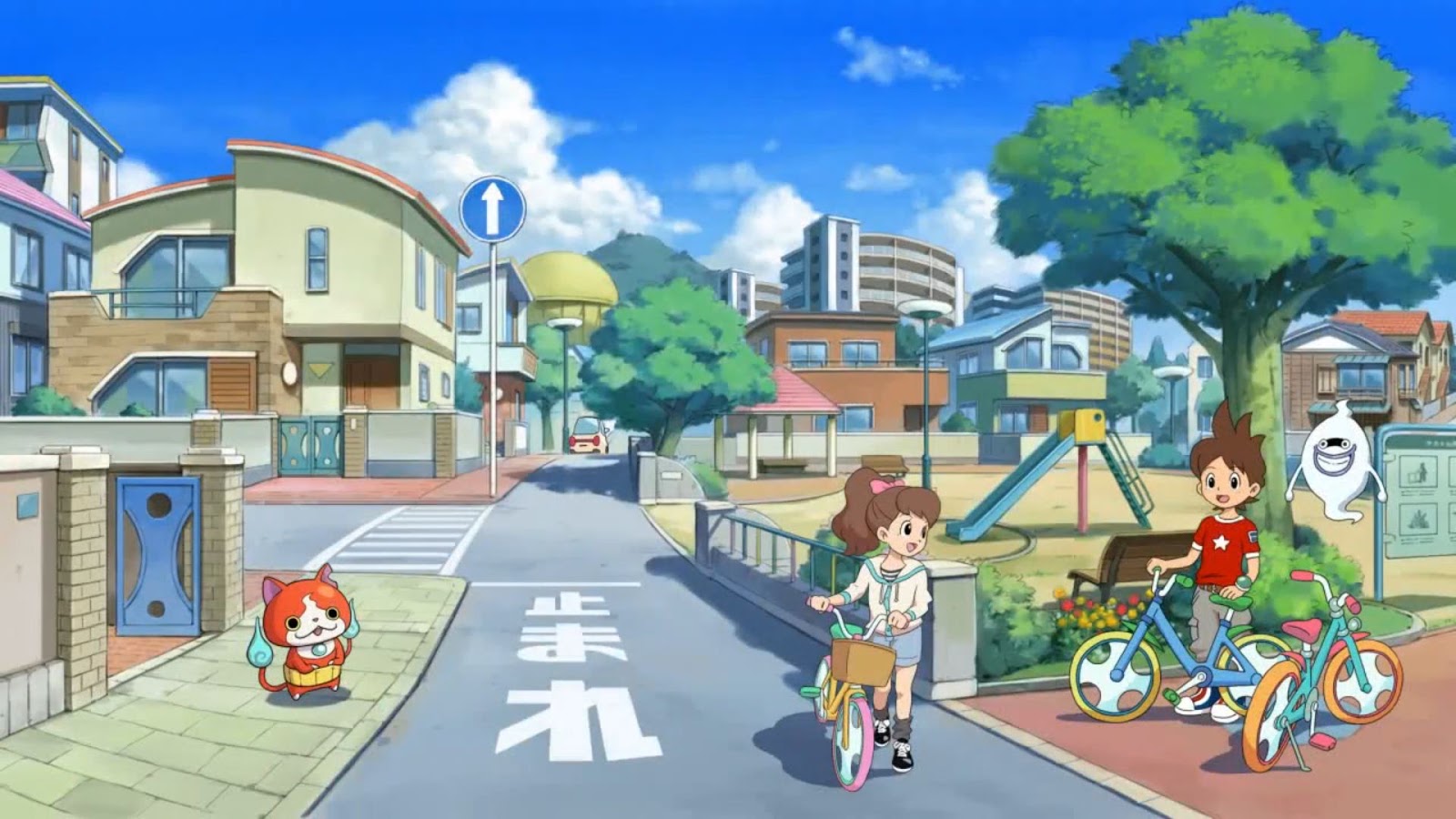