When people talk about a ‘walking simulator’ – a game that puts its focus on narrative and not gameplay mechanics, for better or for worse Everybody’s Gone to the Rapture is precisely that sort of game. What it lacks in typical challenge or gameplay, it makes up for with an interesting story that rolls out to the player in an interesting fashion. There are some hiccups along the way, but the experience is worth having. 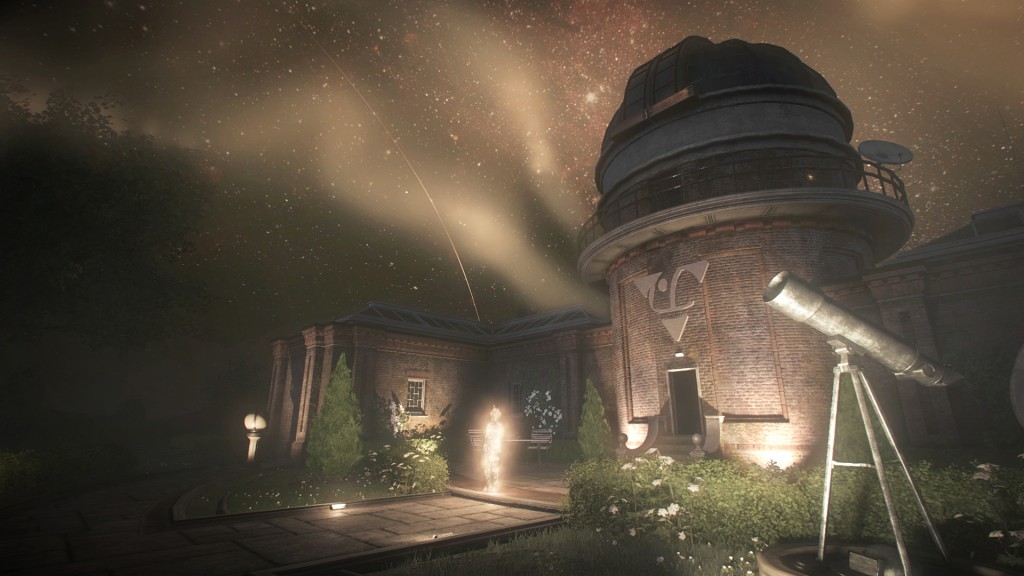 Events start simply enough, with your character being dropped down into a picturesque town. It almost looks like it could be a town from The Stand. There are signs that there used to be here, but no living person or animal to be found (except the occasional critter like a butterfly). Some doors are left ajar, others are closed but can be opened, while others cannot be opened up at all. Cars sit along the road or near rivers, doors open as though hastily abandoned. In some locations, there is blood, while others are almost serene with large green trees and bushes that surround a table with a radio and a book on it.

How alone are you, though? That question is up for some debate during the roughly five hours spent walking around the town. A strange glowing light, like an oversized firefly finds you and tries to lead you along the best possible path towards completion – or at least the most direct. There are plenty of additional nooks and crannies tucked all over, some worth exploring while others turn out to have little to no real value. 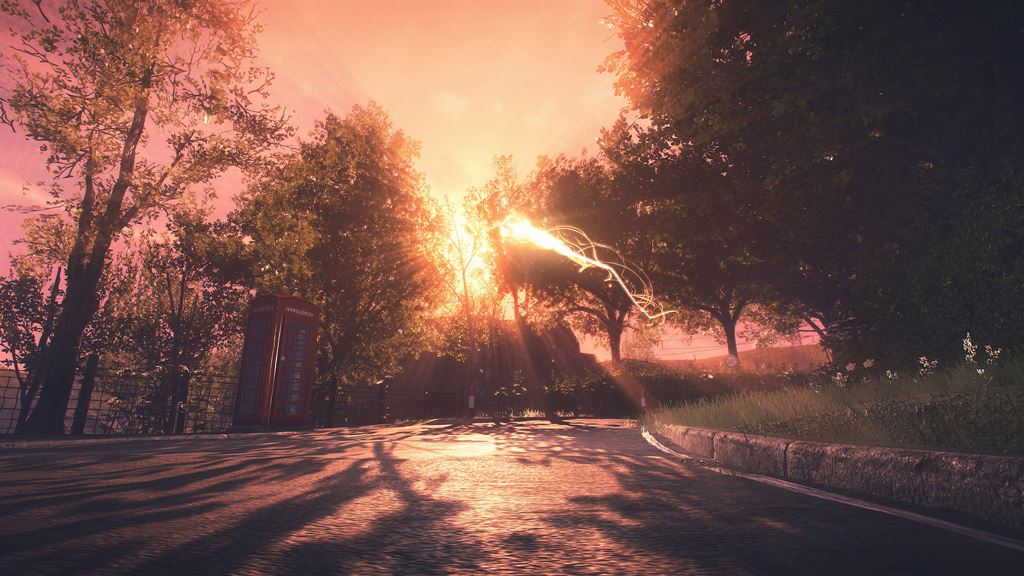 The entire game hinges on its atmosphere, which is an interesting mixture of beauty, but also haunting mystery and sadness. While following the ball of light around, it will lead you to other events that require you tilt the controller back and forth, manipulating a new light into the right position to trigger an event. These events are the primary method of storytelling and the most important moments in the game. You see slivers of interaction between people – usually two at a time but sometimes three. The people here are flawed, just like the rest of us, and their dirty laundry gets aired from time to time as you put together the story through these scenes.

There are additional items, usually in the form of a radio or a phone. These devices seem to be transmitting snippets of one way conversation to you as well. The setting, the way it is presented, all of it leads to some very intriguing moments as I found myself really wanting to get to the root of what happened to the people here.

However, for all of the things Everybody’s Gone to the Rapture gets right, there were some technical difficulties that I have to mention. For one, the framerate really chugs at times when then little ball of light is flying around, or when the scene and the lighting change from one of these spiritual scenes. Additionally, I played the game with subtitles on (an old habit of mine from when my kids were younger and noisier), and I’m glad that I did. Visually it is very hard to distinguish one character from another, and while the voice actors are all fine, some of them are also quite similar to one another. If I had not been using subtitles, I find myself wondering if I would have been lost while trying to figure out who was speaking at the time. 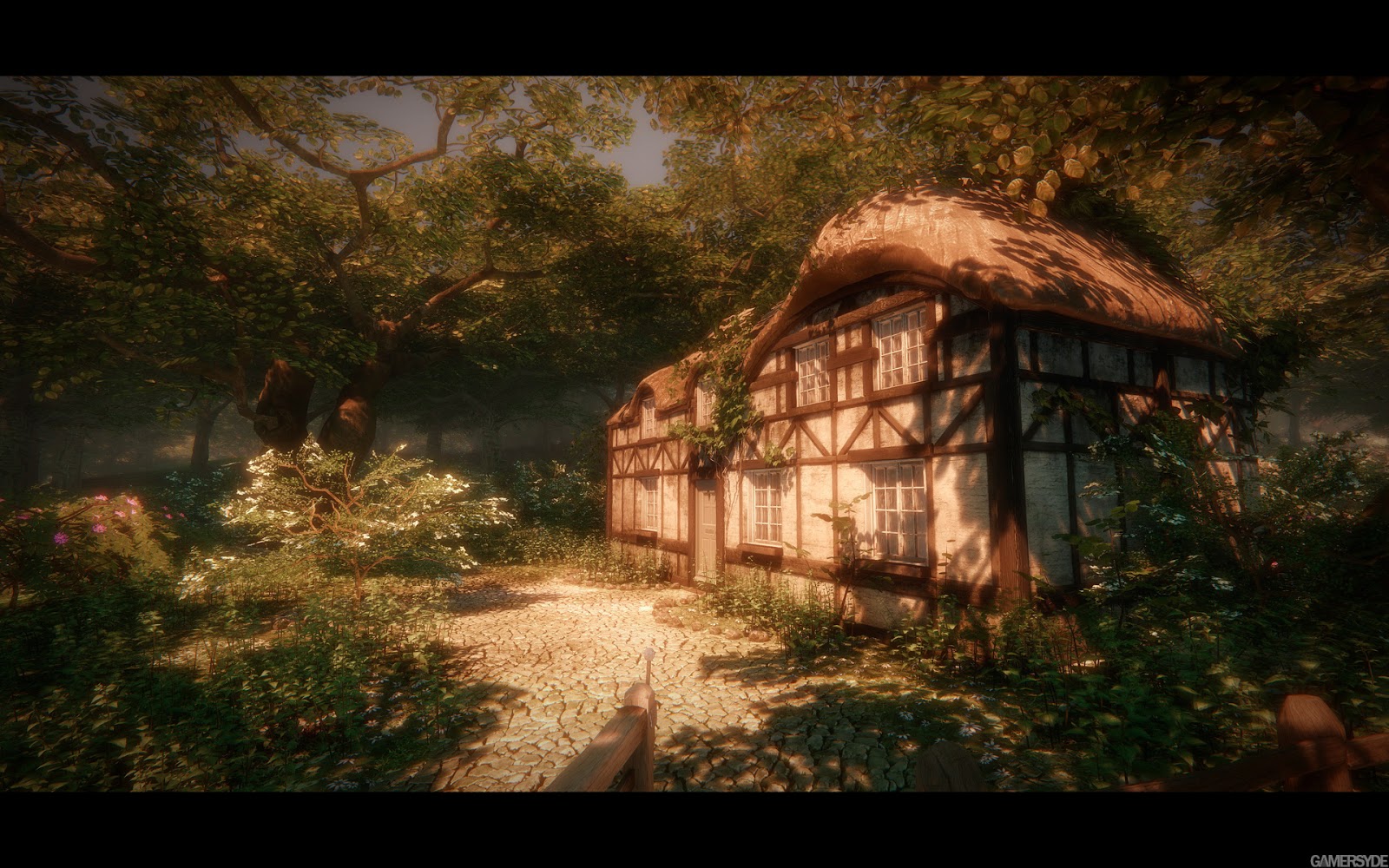 Also, those who abhor walking simulators are bound to find Rapture a frustrating experience. There are a limited number of things you can directly interact with, such as turning on a radio or opening a door or swinging out a fence gate. No jumping, no puzzles – it’s about exploring the environment and slowly pulling back the layers on the central mystery. This makes for a very slowly paced game that might not sit well with some gamers. Last but not least, I wound up hitting a rather odd glitch where the orb of light kept getting ‘stuck’ in a yard at one point. It was no longer able to lead me through the game – it was physically wedged in behind a gate. I had to reload a couple of times and then for whatever reason it did not get stuck that time and I once again had my glowing ball of illumination, but it was a rather odd bug.

All in all, the story and environments in Everybody’s Gone to the Rapture succeeds in setting the stage and telling a good story. If you have an inclination towards this sort of title, this is a really good example of the genre. If you do not, it is unlikely that Rapture will swing you over. The production values are quite good, with solid voice acting, lovely visuals and excellent music. However, the game is short, and there are a handful of lesser technical issues that managed to temporarily pull me out of the otherwise immersive experience.