Before watching “Legend” I thought it would probably suffer from the same deficiencies other gangster movies suffered lately: lack of action and smart characters. I was right but the movie had even more problems. 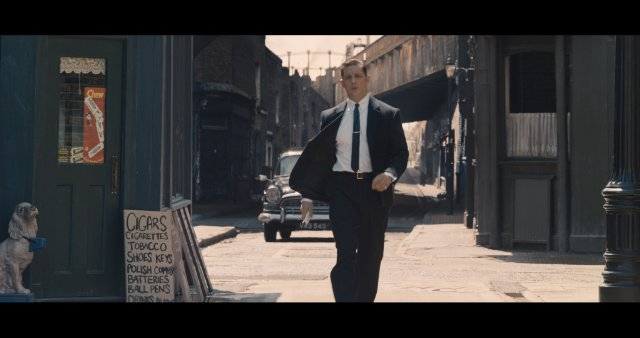 The story is about two twin brothers who take over the London underworld during the sixties. At least that’s what we’re told. However, it focuses on other things: the relationship of Reggie with Francis, who also narrates (why do so many movies have narration?), his relationship with his brother Ronald, who is a psychopath, Ronald’s homosexuality and a lot of extortion. What is missing here? A rivalry with other gangs and being chased by the police, the things you would expect from a gangster movie.

The above themes are repeated for more than two hours, with hardly any plot evolution, bad pacing and many needless scenes. What’s the point of Scotland Yard announcing they will hunt the twins? Or Reggie going to prison? Or the twins’ mother disapproving of Francis’ inability to make tea? Or the American mafia asking Reggie to kill his brother? These things have no effect on the plot and make the movie too long. Moreover, the dialogues are problematic: Reggie’s mother asks him to take care of his brother; we’ve already seen he does. Ronald tells Reggie he is delicate; no, he is a monster. The corrupted banker tells the twins they are feared by everyone; good to know, because we didn’t see it happen. 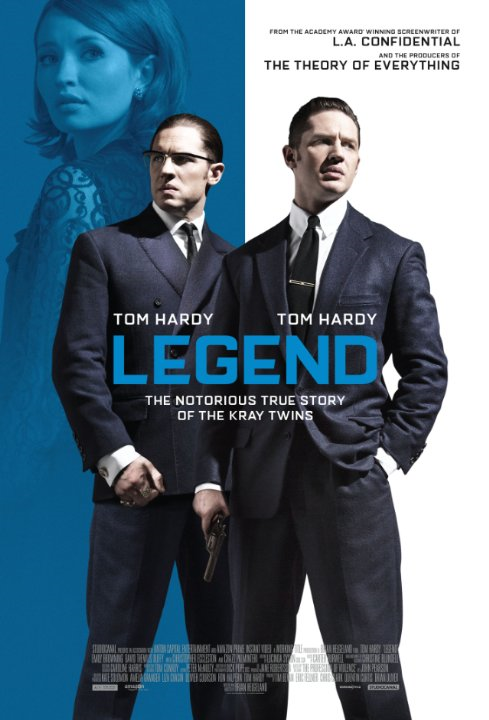 In fact, “Legend”’s main idea, two brothers taking the London underworld by storm, is never delivered, unless wearing fancy clothes and exhibiting plenty of machoism (e.g. see how Reggie walks) is enough to qualify as a mafia boss. In addition, the movie is not drama, comedy, thriller or romance and consists of various elements mixed badly. I was not inspired by Reggie’s relationship with Francis, didn’t worry for his life and didn’t feel sad for anyone’s death. On the other hand, I laughed several times during the first half, for example when Reggie says “a psychopath enters a bar…” and his brother enters the bar holding two hammers (this is the only action scene, by the way), but a film with gangsters shouldn’t make you laugh. The second half was not remotely entertaining or intense and I just waited for the end. This finally came after a climax that is out of context and overly brutal and is followed by the worst choice of music ever.

The direction is boring, as most scenes take place indoors. Thankfully, everyone drank tea, so I knew we were in London. The lighting and various shots are banal and the camera focuses on Emily Browning’s face too much, which is distracting.

At least, the cast plays well. Tom Hardy is my favorite actor lately and I enjoyed watching him in “Child 44” and “the Drop”. He impersonates both the twins and succeeds in making them look as characters with similar appearances and different personalities. Browning has the role of a likable, fragile girl and it was interesting to see her next to a guy who is tough and ruthless.

“Legend” is a gangster movie that fails everywhere. I wasn’t surprised by its lack of action or intelligent plot but I expected some decent pacing and gritty atmosphere. Instead, I got a movie that is like a parody occasionally (for example when the twins fight), lasts much more than it should and is full of talk that leads nowhere. There is certainly no legend to be found here, only poor cinema.