comments Share
You are reading
Memorable Music in Gaming #14

This edition of Memorable Music once again delves into games from the past, with none of the titles being even somewhat recent. That being said, I’ve always thought that music has a tendency to age far better than visuals do in a game. 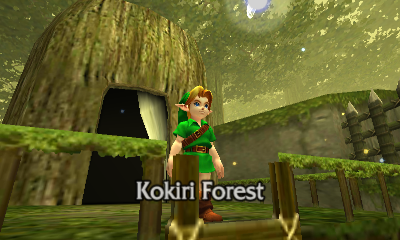 This is the theme to end all themes. One of the few music from my childhood to have stood the test of time (alongside Captain Jack’s Soldier, Solider), this theme is a quintessential piece of VGM that is at once nostalgic, epic and powerful. If the PC gaming culture had but one music with which to identify itself, it would most certainly have to be this one!

Cute. And enchanting. And catchy. A beautiful melody.

This one is a bit of a cheat, seeing Techno Syndrome doesn’t appear in any of the original games; but rather as part of the OST for the 1995 movie by Paul W.S. Anderson. The popularity of the song was such that over time it became accepted into the Mortal Kombat lore, and is now looked upon by fans as the “official” theme for the series. Now altogether at once: TEST YOUR MIGHT!!

Though I never got into the series, Breath of Fire has some of the most beautiful music I’ve ever heard. Memories is my all time favorite – it’s evocative, touching, slightly haunting and just insanely beautiful in every sense of the word. Not bad to fall asleep to, if you ask me!

Let’s for a moment forget that For Old Friends appears in an RPG filled with monsters and dragons and magic and sorcery. Take the song out of context and tell me your mind doesn’t get populated with visions of cyberpunk, neon-filled, rain-drenched, low-lightning neo-noir aesthetics of the 80’s. I can totally imagine trench-coat wearing gumshoes walking slowly; voluptous dames throwing sultry looks from the shadows; flying cars zigzagging across the night sky; pink and cyan neon signs flickering; and the outline of a dead person lying in the dark, his bullet-riddled fedora just out of sight. Honestly speaking, a similar arrangement would not have felt out of place in Blade Runner or Drive. As Sam Spade would say, “The stuff that dreams are made of!”