With everything that comes out, we are no strangers to various styles of gaming and storytelling. This ranges from cute and fluffy tales to the darker and heart-wrenching nightmares that make us wonder why we just sat through what we did. Regardless of the spectrum, there is always a careful crafting of the characters, dialogue, and scenarios that they find themselves in. Moco Moco Friends falls onto the lighthearted side of the equation, but misses the mark elements that hurt the overall experience. 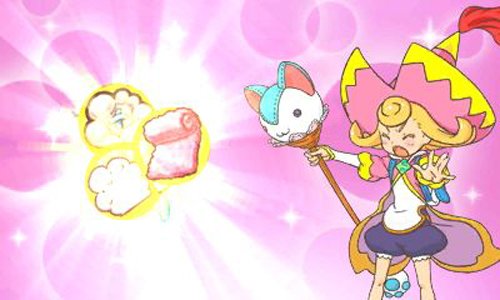 Moco Moco Friends is an RPG that puts players into the role of Moco who’s just made it back home from training at a magical school. At first the starting scenario while being a common used one takes a turn for the worst as this is not your typical magical tale. We’ve all seen the main character be a bit slow to catch on, not the smartest, or not particularly gifted but they succeeded through sheer tenacity and never gave up. Moco is almost all of the above but short of being “nice”, she doesn’t quite have anything to relate to. She’s not very bright, she doesn’t catch onto anything, she loves food to the point that it distracts her, and honestly had it not been for her Master’s Neko (Cat) Staff, she would have flunked out a long time ago with no favorable prospects.

As this is Moco’s tale and thus she is the main character, the narrative tends to suffer because of it. We’ve all seen secondary characters be a bit dim, unwise, or something relating to these categories which add in a bit of something else to lighten the mood. These have always been related to a secondary character, or if the main protagonist was dim, they had other qualities to make up for it. The sheer stupidity at times of the conversations that are sadly nothing but that and unfunny in the slightest (which says something as I laugh at a lot of ridiculous things) made any dialog that had to be sat through painful while awaiting to find out what had to be done next. Diving into dungeons? Oh please let me. 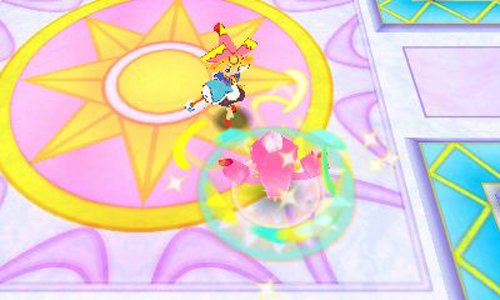 The RPG elements while not being the most sophisticated are both well balanced and fun to use. Moco does not engage in battle herself but instead uses what are known in her world as Plushkins. If the name didn’t give it away, these are plushy creatures which are similar to Pokemon, Digimon, and others that we’ve seen over the years. Unlike the others however, these can literally have the stuffing beaten out of them which will be needed at times in order to bring them over under your command.

The battle system itself is fun. Plushkins can attack, defend, or use magic in order to harm or heal opponents and allies. This is all done on a turn based combat system that has the player input all of their Plushkins moves and then the round is played out by each participant’s speed. Using magical attacks is interesting as these can only be done so long as Moco has points in her magic pool. All depending upon the enemy’s strength, sometimes it’s worth holding back for the next round for Moco to replenish her magic in order for her Plushkins so that healing may be performed is necessary. Combat has two speeds and thankfully there is a fast-forward option because the standard speed was much too slow to sit through. 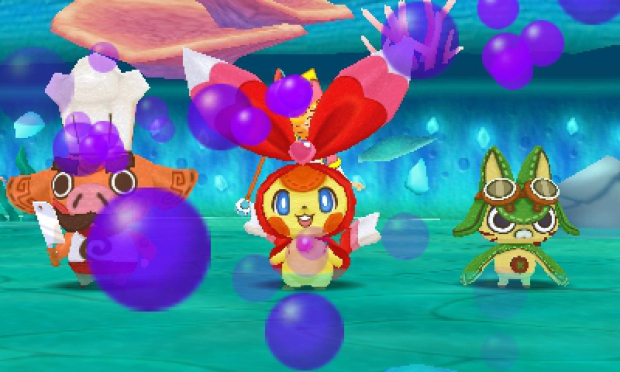 The main hub that will be used between story and dungeon segments has mixed feelings of its own. While the services being provided such as making random Plushkins through your Master’s skills, creating new materials, buying and selling, or picking up and storing Plushkins are all good, half of these will require Fetch Quests in order to use even the most basic of services. Fetch Quests are also required in order to use the more advanced versions and none of these are ever just “given” to you but instead have you go out of your way for something that is integral to the core system. These in turn are all under a pile of dialog that once again remind you how painful it can be to sit through as there’s nothing witty intertwined with the stupidity that ensues.

Moco Moco Friends misses the mark as it tries too hard with its dialog and instead outright fails bringing down the decent RPG system that lies behind it. Without the dialog, the RPG and Crafting systems while not being the most sophisticated could have handled a decent experience of their own as there’s plenty of care that was taken while putting those systems together as they work rather well and are fun to use. Sadly with the layers upon layers of unwitty and ridiculous text takes away from what could have been a decent RPG that could have proudly sat beside its brethren in the monster collection category.