comments Share
You are reading
Outlast 2 trailer and information

Just because Halloween is over, don’t think we aren’t still keeping our eye out for creepy games in the future. One such title is the recently announced Outlast 2. We had a chance to play both the original game and its DLC last year, and we will be curious to see if Outlast 2 can improve on the original formula. 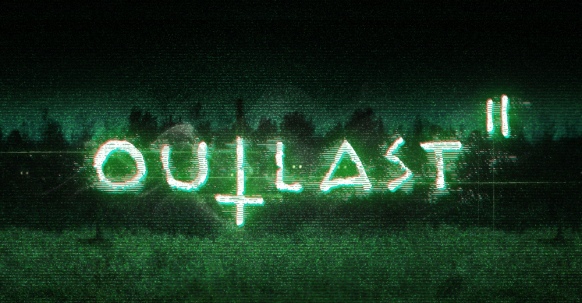 One year ago, Red Barrels announced that they were in development on the second installment in their Outlast series. Today, they released their very first teaser for Outlast 2.

Shot in first-person, it opens on a surface engulfed in flames, a cross. The camera shifts a little and it now looks like the cross is upside down, symbolic of the Antichrist. The character then activates the night vision function and suddenly we see that a dozen pairs of eyes surround the cross.

The creators of the game describe Outlast 2 as “a twisted new journey into the depths of the human mind and its dark secrets.”

“No conflict is ever black and white. But once the dust has settled, the victors get to decide who was right and who was wrong. Who is good and who is evil. Human nature pushes us to extremes of violence and depravity, which we then justify by divine inspiration and a promise of paradise to come. Horror rises from desperation and blind faith. OUTLAST 2 will test your faith, pushing players to a place where going mad is the only sane thing to do.” explains Philippe Morin, co-founder of Red Barrels.

Red Barrels has confirmed that Outlast 2 will take place in a new setting with new characters. Signature features from Outlast, like the night vision camera, will make a comeback in the new game.

“We have even more surprises and I can’t wait to tell you all the ways we’re going to make Outlast 2 gamers suffer”, adds co-founder, David Chateauneuf.

The official launch of Outlast 2 is planned for fall 2016.

And here is the promised trailer as well: