It has been a while since we took a look at some tabletop games, but with the recent release of the Pathfinder Campaign Setting: Inner Sea Races, this seemed as good of a time as any to cover this latest campaign setting. 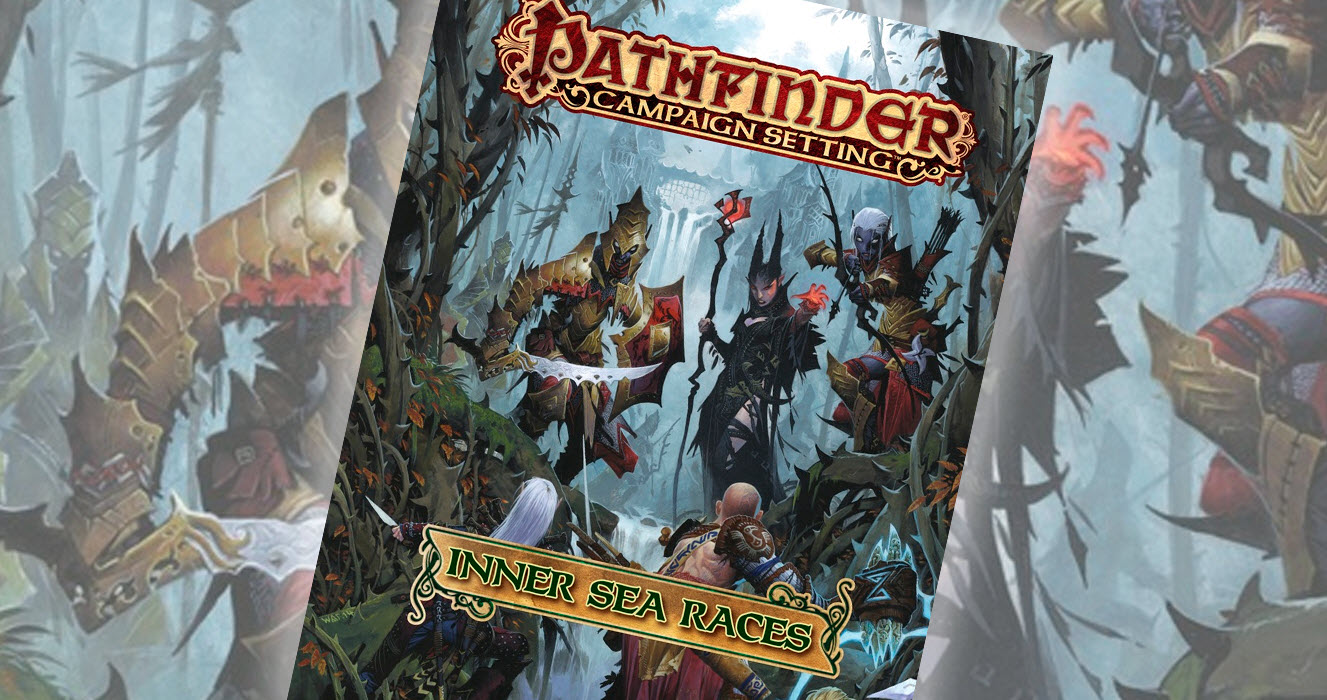 Depending on what you look for from a setting guide, the Pathfinder Campaign Setting: Inner Sea Races is going to be either very hit or very miss. It is hard for me to envision much of a middle ground with this one. For those looking for a lot of system mechanics, this release is rather light, ringing in around fifty pages of content. These focus on mechanics such as traits, spells, items and since all of them have racial roots to them, they fit in quite well here. Of course, you do not have to limit these by race, but they were created with these flavors in mind.

There is a clear four chapter structure at play here, with the first focusing on the more commonly known races. While dwarves might not come to mind immediately in a book about sea races, it is work keeping in mind that this tome is trying to create a sense of structure and interaction – not just a bestiary of sorts. The next chapter gets into less common races such as the draw – ones that show up in a good number of guide books, but are not considered part of the primary rotation of races that get used.

The third chapter really starts to get into the more unique races, and here is where I had the most fun frankly. Now these first three chapters are the kind of material I really enjoy from a campaign setting. I can easily enough come up with ideas for my players to do things most of the time, but I enjoy some lore and detail that helps to flesh out characters and the world they inhabit. The first three quarters of this book is heavily focused on on lore, and examples of how some races might blend with others. This just made for really solid reading and made for a good experience from my standpoint. 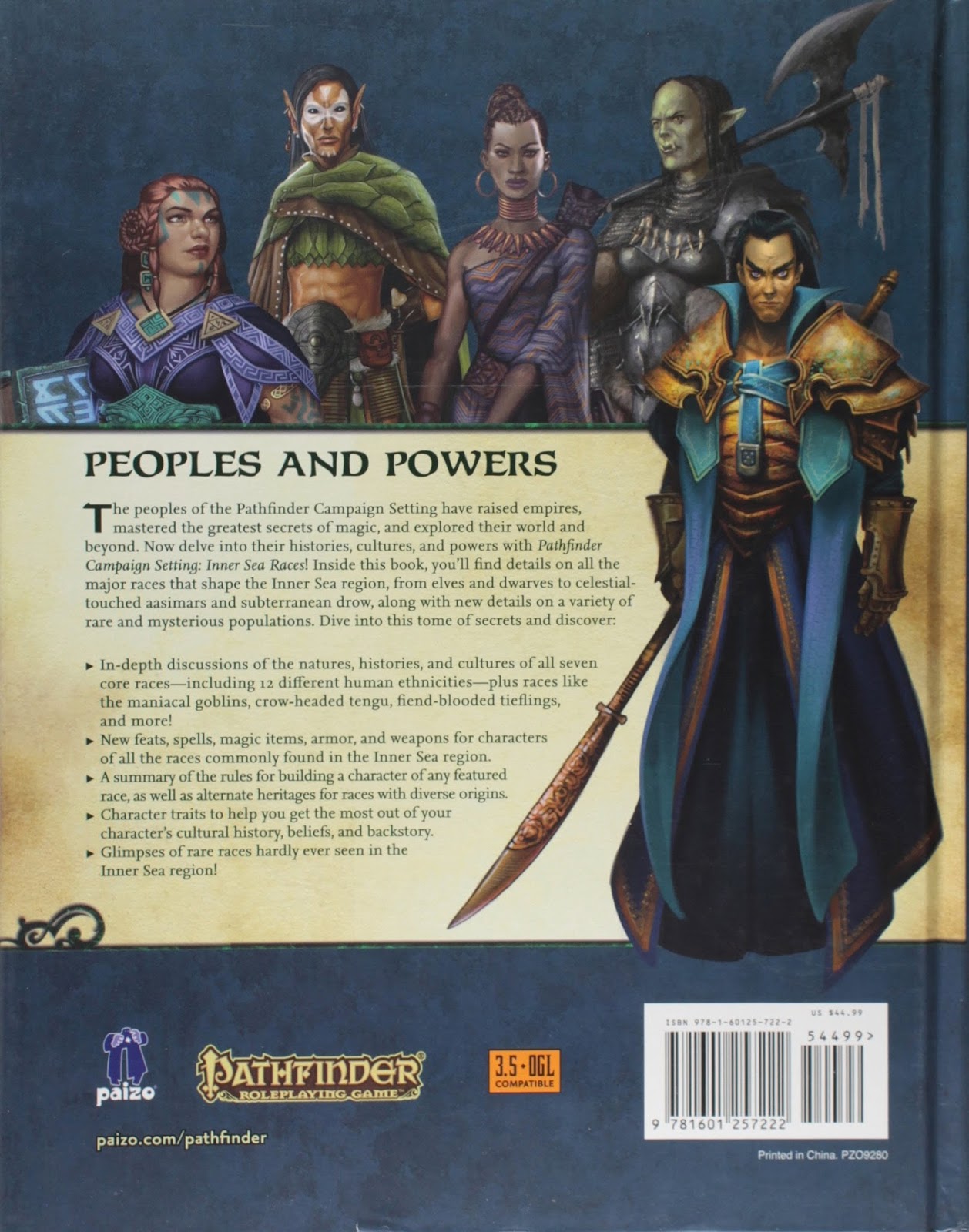 People such as myself, who enjoy copious amounts of lore and flavor will get the most out of Pathfinder Campaign Setting: Inner Sea Races. The fourth and final chapter revolves around the aforementioned crunch – the game mechanics themselves. On a purely technical level, this is not the strongest of outings for the Paizo books in this regard. While some feats are absolutely cool, other aspects of the mechanics tends to revolve around smaller, less interesting items such as when a particular character might be getting some positive or negative modifiers. They do lend some variety to the combat and skill usage within the campaign, but these types of modifications tend to be a little dry.

As for the book itself, but now you should know what to expect from most of Paizo’s offerings if you are a longtime Pathfinder fan. The artwork ranges from pretty good to excellent, with quality paper stock and a hard cover that keeps everything in place nicely. The pages are bound perfectly, with no defects in the book even after reading through it from one cover to another (yeah, I’m one of those types when it comes to campaign settings).

If you enjoy getting some lore and background on races, the Pathfinder Campaign Setting: Inner Sea Races is a really solid option for you. I do wish there had been a little more space devoted to the more unique races than the common ones we already know a great deal about, but that time with the uncommon and rare varieties is incredibly well spent. The mechanical portion of the book is a little weaker, with some solid magical items and logical modifiers, but feats are hit and miss and those who come into this looking for a lot of really solid new mechanics to work with will probably come away somewhat disappointed. All in all, a really good offering for me personally – as I fall into the former category more than the latter.