The Tomb Raider reboot was a breath of fresh air that allowed Lara to go on new adventures while telling us more about the character. We got to know her better, learned what made her tick and we enjoyed the adventure quite a bit when it released. Rise of the Tomb Raider? Simply put, it does just about everything better than the original. 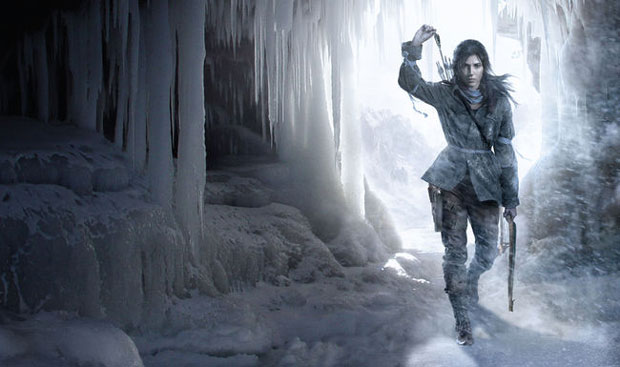 After her harrowing experiences in the first game, Lara would have to change and grow. She has become more seasoned, certainly – but there is a much harder edge to the young woman as well. She is trying to connect with her deceased father, finally understanding him and what drove him in a way she never could as a child. The story itself is really not the focal point here, and it is just as well because while it generally entertains, it is probably the weakest part of what is otherwise a very strong package.

First and foremost are the action scenes. I am reminded of the Uncharted games, which often feel more like movies than video games. There is a very cinematic feel to how Rise of the Tomb Raider beings, but where as the Uncharted titles largely feel as though they are on rails, Rise of the Tomb Raider really opens up once you get past the opening acts. That is not to say the game does not have direction – it certainly does and it ushers you along nicely, but it encourages exploration. This sense of wonder and discovery permeates so much of what Lara does in the game. 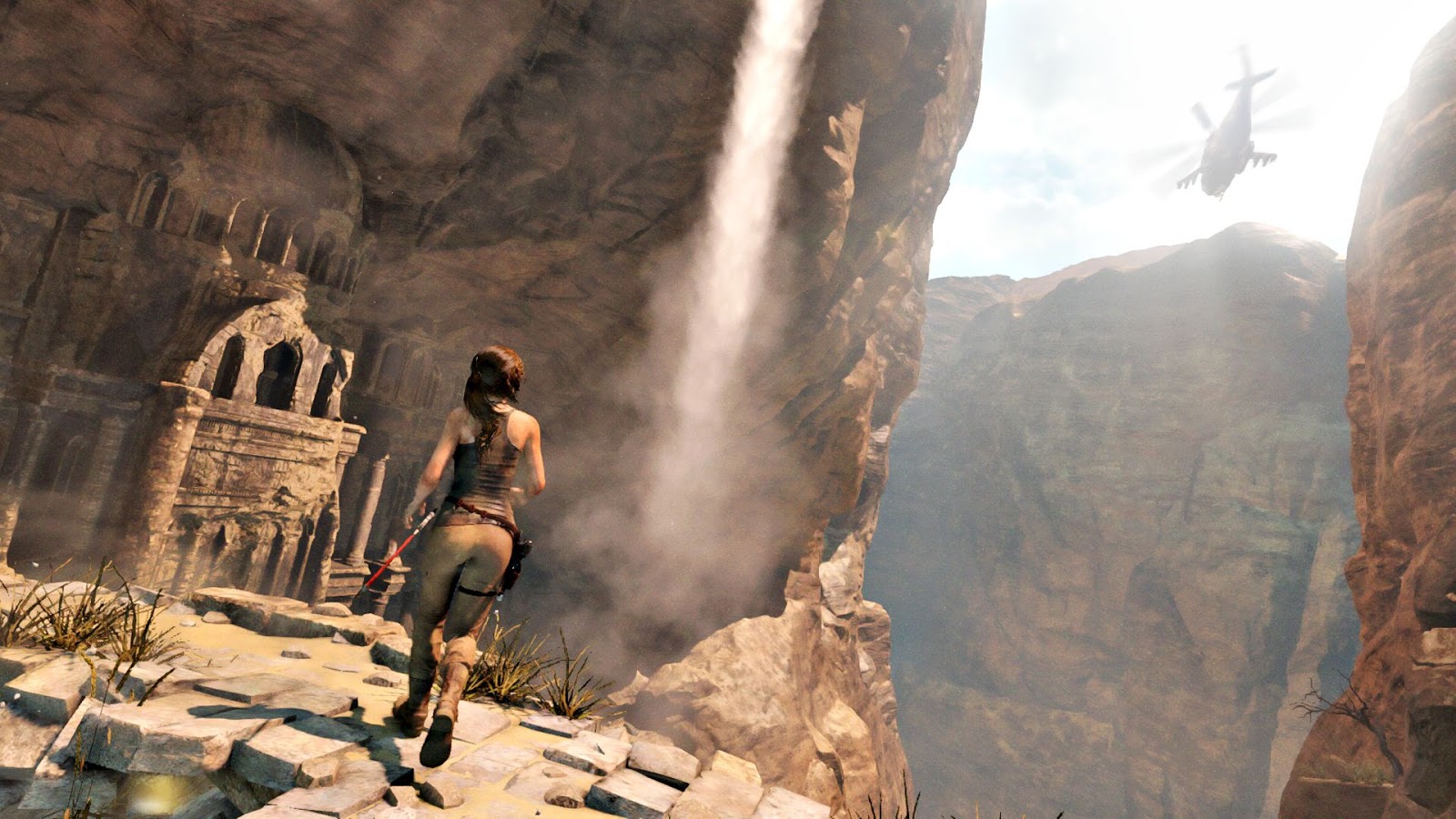 When Lara finds a ship frozen in the ice, basically hanging from the wall, you can feel her excitement as she looks forward to exploring what others may never have seen. Sometimes Lara’s murmurings are repetitive, sure – but they add some character to what is happening, and I enjoyed hearing her voice and thoughts. Sometimes her remarks serve a mechanical function as well, as she ‘talks herself through’ a puzzle in a tomb, giving you audible clues that you should consider next. Each of these tombs is a large puzzle in and of itself, making excellent use of the environment and while I never found any of them particularly hard, I enjoyed them all the same.

However, despite her moniker, Lara is capable of doing much more than just skulking around dark caverns. Much of her adventure takes place in different landscapes, jumping from tree to tree, or riding a zipline down from incredible heights. She has to look to nature to provide what is needed – feathers for arrows, or wood for shafts so that arrows can be crafted. She can hunt animals – or keep from being hunted by bigger prey such as wolves that tend to attack in packs, or a great cat that serves as a considerable threat when you dare follow it into a cavern.

Lara is by no means helpless. She has her trusty bow, and acquires different guns along the way as well. Like before, all of these weapons can be upgraded with the right parts, making them even more deadly in Lara’s hands as she blends into her surroundings to stealthily kill enemies – or comes out guns blazing. Both are viable options and they blend almost seamlessly with one another, though there were sometimes hiccups where I was seen and probably should not have been. By and large however, the combat simply works. It is fast and fluid, but fun as well. 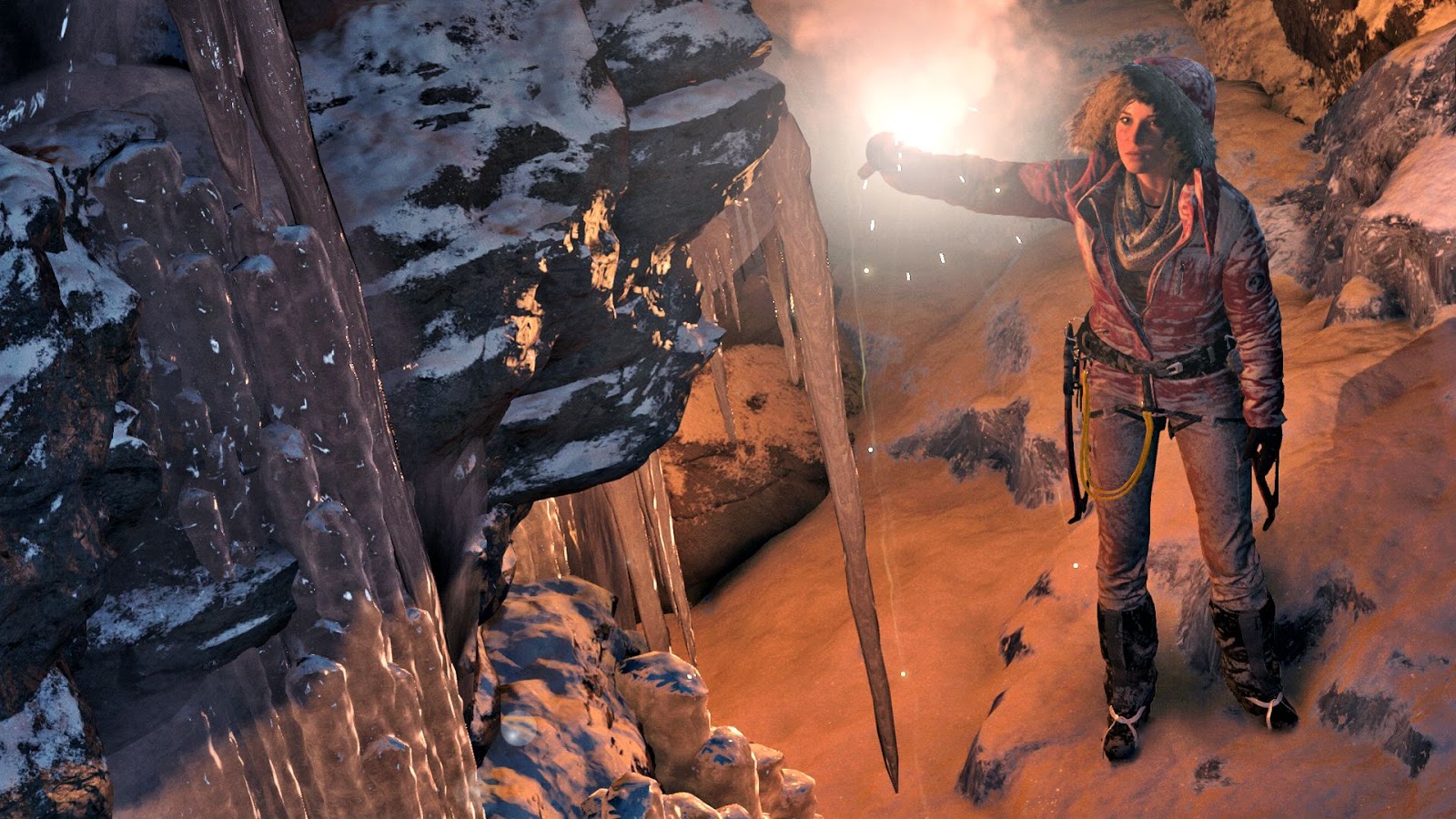 The entire landscape feels like one large puzzle at times. How do you reach a particular point? Sometimes you cannot until you have the right tool for the job. Sometimes it just takes some trial and error to figure it out. Oftentimes there are treasures to be found and I know every time I looked at my map and saw an item or point of interest nearby, I had Lara head that way to collect it. Just as she is often fascinated with her surroundings, so was I. The game is absolutely beautiful – probably the prettiest Xbox One game to date. The sound design is fantastic and the controls handle very well.

Rise of the Tomb Raider may well be the best Xbox One game this year (which is high praise when you take into account other blockbusters like Halo 5: Guardians, the Rare Replay Collection, Forza Motorsport 6 and Ori and the Blind Forest, to name a few). The story could be stronger and some of the environmental interactions can be a little rough around the edges, but the presentation is spectacular and the game itself is a great deal of fun to play.