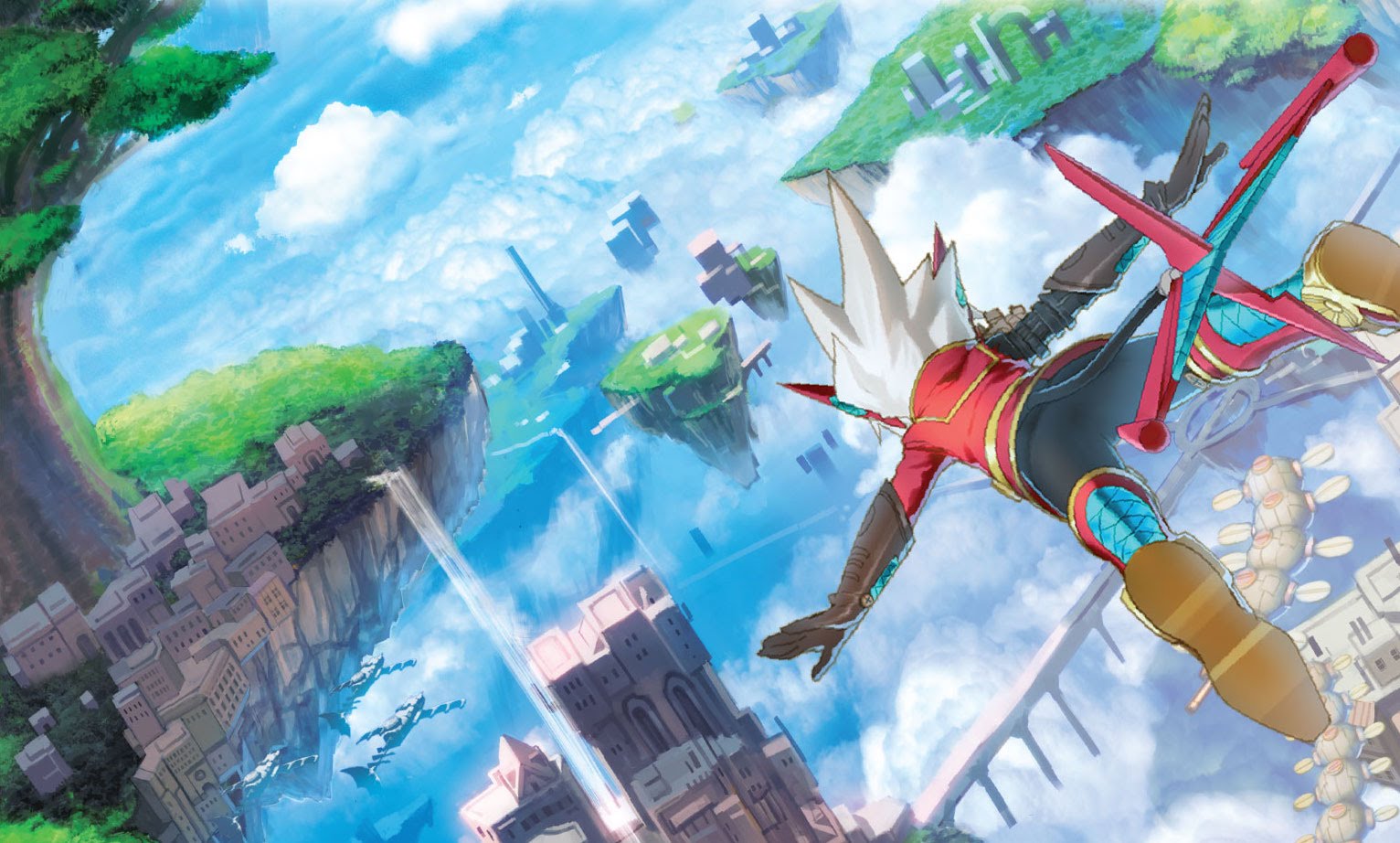 For those unfamiliar with the developmental history behind Rodea, the game was originally announced for the Wii. It was then shut down, and for a couple of years there, we never heard anything more about it. Then the announcement came that the title would not only receive a Wii release, but also a Wii U and 3DS one.

The story starts off with a lengthy explanation that one thousand years ago, Emperor Geardo marched off with a machine army to invade the sky kingdom, Gardua. Rodea and Princess Cecilia manage to hold off the attack, and Rodea who himself was a machine warrior. Fast forward to the present, and an inventor happens up a robot who just happens to be Rodea himself. Cue the need for Rodea’s return to help protect the land from another impending war.

The story works well enough, and there is both Japanese and English voice acting – something I greatly appreciated. With games that have as much story as this one, I just prefer to hear it in English, even though the voice acting itself is somewhat hit and miss. In a way, that phrase can be used to describe the movement in Rodea the Sky Soldier as well. The gameplay is built around being airborne. However, you cannot fly indefinitely. You need to spring off of parts of the landscape in order to take temporary flight again. 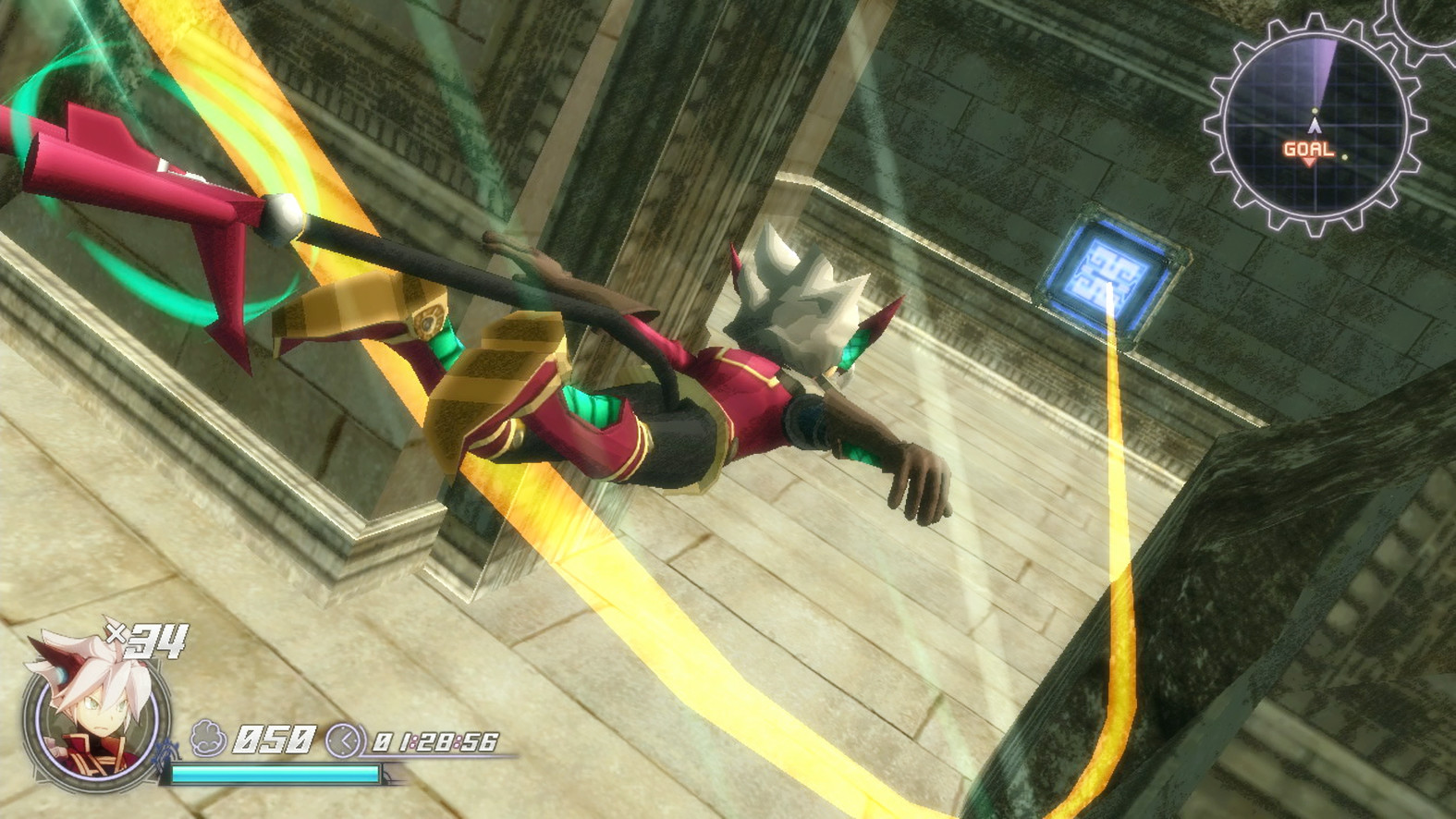 This open style of gameplay actually feels quite good, once you get the hang of the somewhat peculiar controls. There is a really solid sense of movement and speed, but actual mechanics are cumbersome. You target something and use the A button to launch towards it, but the real miss here is that the camera relies on the shoulder buttons instead of giving an option to leverage the circle pad found on newer 3DS systems. I get having the shoulder buttons in there for older DS consoles, but the implementation is clunky at best.

I mentioned that Rodea was originally designed for the Wii, and visually that feels like the case here. There is a great deal of texture pop-in, and it is odd for a game that relies so heavily on targeting for movement to have such poor draw distances. Add to it that action-heavy scenes tend to suffer framerate drops, and we have a game that flounders on a technical level visually. The music and sound effects work quite well, and I actually really enjoyed the artistic style of the visuals. They are bright, colorful and the world itself often looks nice – but technical hiccups such as the above hold the game back. Thankfully the boss fights are interesting enough in terms of the mechanics and the associated visuals, that I was able to mostly forgive the questionable camera controls.

Rodea the Sky Soldier had a rough time getting off of the ground, and it shows at times in its current implementation. The title is also available for the Wii U, where perhaps the controls and visuals are more polished than they are here, but technical concerns and rough camera controls hinder the 3DS experience. It is not that Rodea the Sky Soldier is a terrible game, because a solid story and an interesting gameplay design help to elevate the material. The overall package however, leaves more to be desired than I had hoped after all of these years.