I was pleasantly surprised by “Casino Royale” for introducing a James Bond who was human, didn’t rely on crazy gadgets and fought an enemy who didn’t plan to rule the world from a secret base on the moon while caressing a cat and throwing his minions in piranha pools; I remember “Quantum of Solace” only for Olga Kurylenko; and I hated “Skyfall” for ruining the character and putting him against the worst villain ever. So, considering the above and the depressing, unexciting trailer I saw a week ago, I had no expectations from “Spectre”. 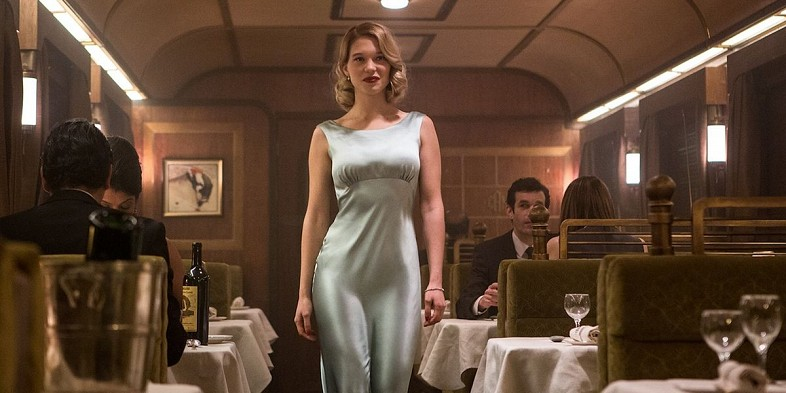 The movie’s beginning made me think I was going to have a long night, as it tried to impress more than I wanted: too many people, too much noise, a building collapsing for no reason, a fight in a helicopter the pilot of which could not fly straight for a second and a ridiculously dressed villain. Nevertheless, though I was bored I noticed how good the direction was. The fight in the air looked real and was original. Then we go to London and learn the “00” program has been deemed obsolete by a man who is at the top of the british secret service hierarchy and plans to create a command centre that will control all the info in the world. M isn’t in favor of this because it would practically change the political situation of the planet; this is the first time I agreed with the guy.

A little later Bond goes to Rome and shares a terribly cheesy scene with Monica Bellucci, making me lose hope. The cinema theatre was full of people who made all kinds of noises and this didn’t help either. But then, a car chase sequence followed, in the streets of Rome during the night, and, for the first time I was paying attention. Once again the direction was excellent, making fine use of light, colors, camera position and connection of shots. It was real fun, although the chase was interrupted by Bond talking with Moneypenny (couldn’t they talk later?).

Afterwards, the hero goes to Austria. The melancholic lake with the snowy forest and the lonely cab on the shore create a moody atmosphere I don’t recall seeing in a Bond movie again. Lea Seydoux appears, she has great interaction with Craig and looks attractive even through her sadness. When Bond announces something bad her reactions are realistic and human. I liked her from the start. Later she shows she can be attractive too.

The action sequence with the jeeps and the plane is amazing. The music is perfect, the tension is sky-high and the direction could be used as teaching material in seminars. Craig looks determined and resourceful but you still believe this man is vulnerable and can be killed, even when he performs the most daring stunts. 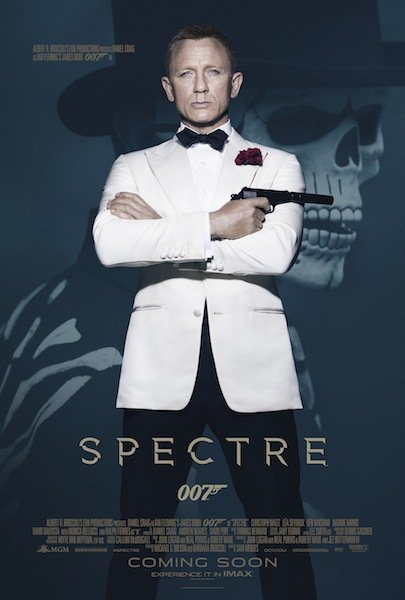 The rest of the movie may not be as good but it is satisfying. I listened carefully to M’s words about freedom, which could be lost by a government that controls everyone in return for safety; I enjoyed the fight in the train with monstrous Mr. Hinx, played by the wrestler Bautista (notice how the music changes when the hero is losing); I was absorbed by the unnerving music in the desert facility with the meteorite ( Bond’s answer to Blofeld -“but it stopped”- is cool, by the way); and I absolutely loved the last scene, where Bond takes his classic car and drives away.

There are some problems, though. Madeleine gets used to Bond too quickly and even asks him why he is an assassin, as if they have known each other for years. A lot of emphasis is put on the revelation of the villain’s identity but, except for an old photo, there are not enough set ups for it. The Spectre could have planned a video conference instead of a meeting in Rome, the purpose of which was to decide who kills an already dying man. The Pale King could have given Bond the desert coordinates right from the start and not put him into all this trouble. And Bond could have at least tried to avoid walking into an obvious trap in the middle of nowhere. I don’t mean the plot should be completely different, I mean some points should have been developed better. Strangely, those plot holes didn’t make the movie less entertaining for me.

What I did find slightly disappointing is that the last act has plenty of talking and not enough action. I would expect Bond to have much more trouble getting out of the desert facility and I certainly wanted him to fight some bad guys, maybe Mr. Hinx, in the collapsing building.

Despite its shortcomings, “Spectre” is memorable thanks to its spectacular, stylish direction, variety of locations all over the world, immersive soundtrack and Seydoux’s appearance. It has smart references to previous Bond movies (like the cat in the torture chamber), an opening song with inspired visual effects (especially the one with the women whose hair vanish in blue smoke) and a plot that can be divided in distinct parts, each with its own scenery, music and fights. The pacing is right, Craig is, once again, the natural choice for Bond and the character is treated with respect. “Spectre” is one of the best Bond movies and allows the famous agent to return to his former glory.