Like dozens of other games, “Star Wars-the Force Unleashed” waited patiently in my collection to be picked up. I wanted to play a melee combat game and since “Gauntlet-Seven Sorrows” refused to load, I decided it was time to embrace the dark side. 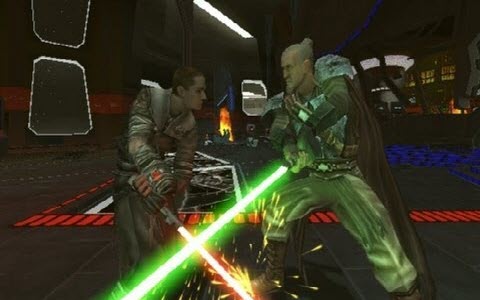 “Star Wars-the Force Unleashed” justifies its title, as the amount of pain you dish out is huge. You start by playing as Darth Vader, which is super cool, and teach some hard lessons to the Empire’s insolent opponents. I slashed Wookiees with my lightsaber, pushed them away like toys or choked them to death. Some fired lasers but Vader deflected them effortlessly. At the end of the stage I confronted a Jedi and showed him how wrong it was to disobey the Empire. His son survived and Vader took him to become his apprentice. (Editor’s note: I can’t believe this game has been out that long. It doesn’t seem like it was all that long ago I was playing it. Wow).

After this event you play as this person, who has grown up and is devoted to Lord Vader. His master plans to use him against the Emperor and sends him to assassinate the remaining Jedis, in order to become stronger. Gradually the apprentice has conflicting emotions but remains loyal to Vader; this is the story’s best part, in my opinion. Unfortunately, once again Darth is presented as a man who, despite his immense power, lacks the courage to defeat his greatest enemies. After a dramatic event the former apprentice changes sides. Subsequently, the story becomes less interesting and the closure is disappointing. I wish I could serve the Empire till the end and bring permanent peace to the galaxy!

The apprentice is tremendously powerful, wielding the lightsaber with great skill and unleashing enormous amounts of force to crush his enemies. He can push heavy objects, fire electric blasts, perform infinite combos or lift soldiers and throw them away. He is highly resistant to damage and his force regenerates very quickly. Besides standard enemies, there are boss encounters too. During these you may be prompted to tap specific buttons rapidly; if you succeed you deal extra damage. When you have weakened a boss you are usually prompted to press buttons, this time with precise timing. Succeed and you eliminate the boss, otherwise he/she gains some health. These predetermined attacks are shown in cut-scenes with outstanding choreography. 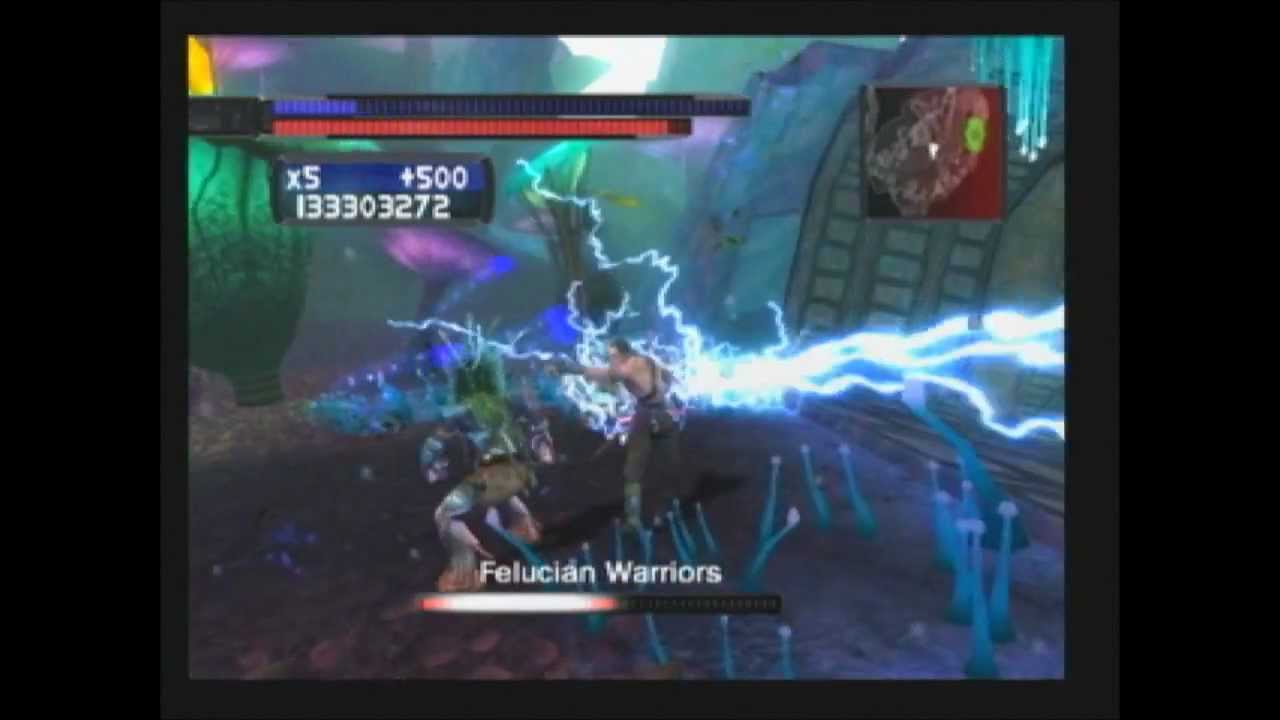 The graphics are among the best I have seen on PS2. The vivid colors, which change in every location, and the carefully crafted scenery, for example the strange plants of Felucia or the statues of the Jedi Temple, never stopped to impress me and make me feel I visited different places of a big world. The visual effects are excellent, although a bit repetitive, as several attacks produce the same effect. However, when you change your lightsaber’s color by adding to it a crystal, some effects change accordingly. Dozens of objects, such as crates, computers or wall panels, can be lifted or ripped from their position and tossed away. The animation is fast and fluid, whether your character runs, swings his sword or hurls a machine onto a couple of stormtroopers. There is no exploration and the level design is linear, however a map helps you find your way immediately. The only negative thing about the graphics is that your movement is more limited than it seems to be, e.g. you may not be allowed to jump on a platform in front of you.

The sound is of top quality. Darth Vader’s voice is convincing and I like how the actor playing the apprentice tries to show that he restrains his feelings because of his training. The music includes the famous Star Wars theme and other themes that could easily fit in a movie. The sound effects are very good too, especially the characteristic lightsaber effect.

The control allows you to do anything you want even during intense combat. By pressing the analogue stick forward and the “∆” button you push the object or enemy in front of you, jumping and pressing “o” unleashes lightning bolts and pressing “∆” while holding L1 knocks down all opponents around you with a telekinetic blast. The auto-aim is perfect and lets you strike different targets easily, even in the middle of a combo. As you progress you unlock new moves, which are upgraded by spending points gained by defeating enemies. All of them are effective and the commands needed to perform them are very simple. 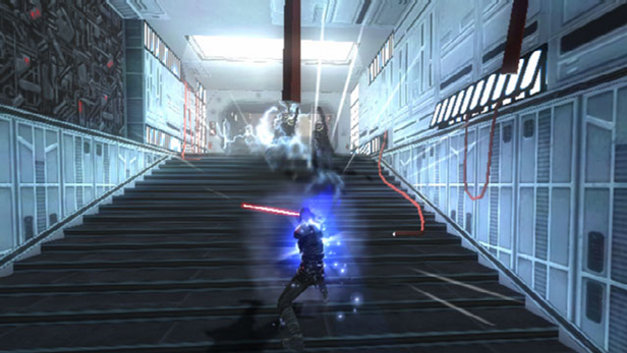 The game has some extras, such as costumes, info on the Star Wars universe and crystals that boost your powers, for example they increase lightsaber damage. The costume I really liked was the black and red Sith robe; even when I left master, I mean Darth Vader, I still wore it. I also found the info about the various locations to be well-written and interesting. Lastly, dozens of cubes are scattered around the levels and if you collect them you unlock game art.

“Star Wars-the Force unleashed” has only one disadvantage: it lacks challenge.  A couple of slashes are enough to kill a stormtrooper and even though later enemies are harder and carry better weapons, such as flamethrowers or electric sticks, your lightsaber and force powers are overwhelming. No matter how many times you activate your special moves your force meter is replenished in a few seconds and you can strike multiple enemies again. The hero blocks attacks automatically with incredible accuracy, even combos performed by Jedis. Only when enemies surround you or use special weapons do they have a chance of decreasing your life meter considerably. Many health items are scattered in every stage, including boss areas, and they refill a large portion of your health.

Bosses are not hard to defeat either; against Jedis the best method is to use ranged force attacks, which often causes them to lock their power with yours, thus entering the part of the battle where you need to tap buttons quickly. You would expect stronger opponents to be trickier but they are not. The feature that makes the game impossible not to finish are the unlimited continues: when you die you appear again at the nearest checkpoint with full health, opponents you killed remain dead and bosses don’t recover their health. So, although only saves at the end of a stage are kept, you cannot lose!

“Star Wars-the Force Unleashed” shows what the PlayStation 2 could do in terms of graphics and music and how you can make a great game based on a movie world. Its cut-scenes are better than many cinema battles and its action is truly satisfying. If it was a bit longer – it took me about nine hours to complete – and more difficult I would give it a 10/10.