The DJ Max games helped to put Nurijoy on the map with rhythm fans in the past, and SUPERBEAT: XONiC is an enjoyable addition to the genre. Everything from the fun songs to the colorful visuals that create an experience that is immediately familiar, but still fresh enough to be entertaining. 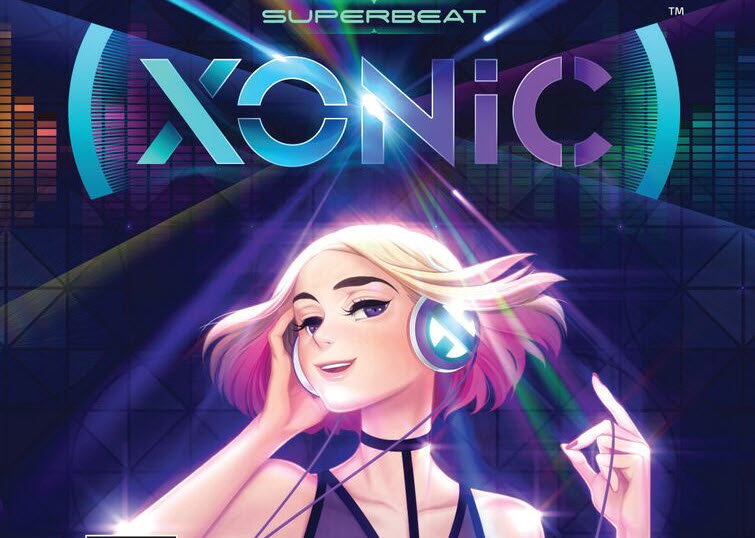 The gameplay reminds of most other rhythm games, where you have brightly colored bars or buttons that make their way to the edges of the screen in time with music. There are all kinds of variations to the types of button presses, which can be tied to buttons and analog sticks or you can use the touchscreen. I started with the former but actually preferred the latter, I found. Swipes, holding/scratch moves, precise timings and more litter the screen with a myriad of difficulty settings. I can see where the button presses could be preferred, but it is great that there is this much flexbility, both in the control scheme and the difficulty settings.

What kinds of difficulty settings? Forgiveness threshold for missing notes, modifiers that you can tweak, and the four track versus six track modes. It all works because the system is fair and the controls are responsive. Missing notes can cause your bar to decrease, and if it bottoms out – you lose, but so long as you successfully manage to hit some notes, you can refill it enough to keep your head above the water.

One of the best hooks is the experience system that allows you to level up. This unlocks loads of new songs and content. You can also choose new DJs to represent yourself, and they have their own innate perks that apply to the gameplay. Taking this all a few steps further, there are online leaderboards. These are great mechanics to keep you coming back for more. 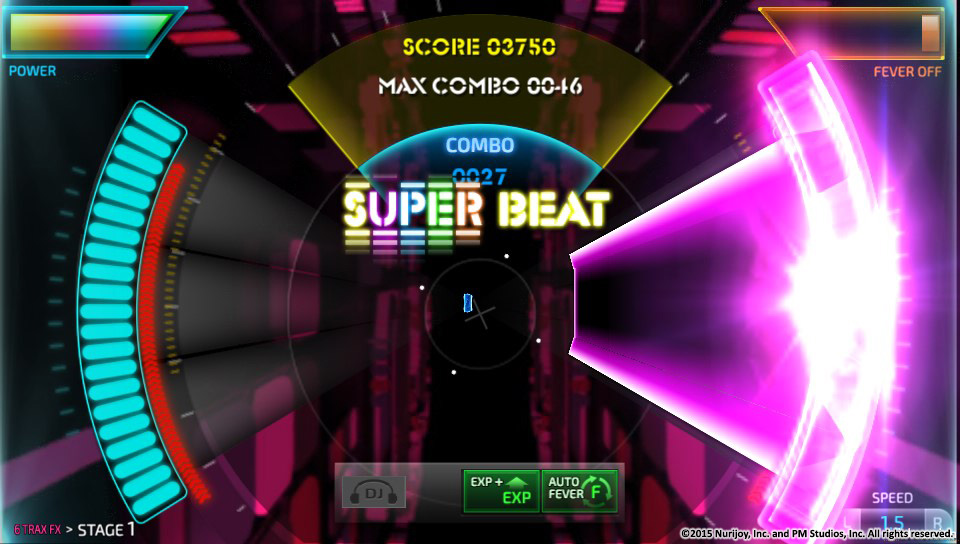 But what about the songs? After all, isn’t that what this is all about? Yes, yes it is – and the music is great, even if it is not made up of songs I really recognized. I did not know one song from the other – I was not familiar with any of them that I can recall, but the range from pop to rock and completely fit the game. It actually proved to be a better selection of songs than I had expected. Of course when playing a Rock Band or Guitar Hero game, I always looked forward to the handful of songs that I knew I already liked, but oftentimes I got more out of discovering new songs I had never heard of before. That happened here in SUPERBEAT: XONiC fairly often.

In terms of modes, you essentially have Stage – where you pick your level of difficulty and play out a trio of songs. The system picks the songs for you, and you quickly play them out. I actually enjoyed the World Tour mode, which has you going through preexisting playlists and adds goals such as continuous note streaks. These boost your experience upon completion and further incentivize you to go back and better your score (unless of course you nailed a perfect score, which makes you a better player than me). 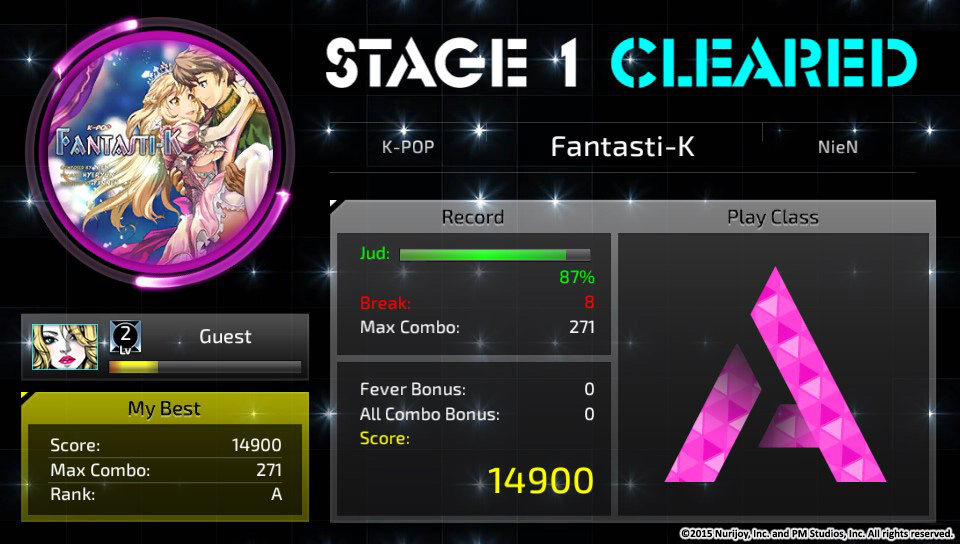 A few things that did stand out to me that hold SUPERBEAT: XONiC back somewhat. First, there is nothing more to the gameplay beyond what you see. Not a big deal, but if you were hoping for a story of some sort nestled into all of this, you’ll come away disappointed. Additionally, the actual pressing of the notes overlaps the core song. I hate when I mess up a song on Guitar Hero, because it warps that music I love so much, so I understand this particular design choice. However, the note is either the same sound each time you click, or you can choose to silence it. I went with door number two, because the other sounds really did not compliment the music I was hearing. It felt somewhat more akin to playing along than playing the song, if that makes sense.

If you are looking for a different kind of music game, SUPERBEAT: XONiC might very well be what you are looking for. It focuses on gameplay and good music above all. Unfamiliar music, but I am okay with that. If you need a familiar tune in your playlist, then SUPERBEAT: XONiC might turn you off to it, but there are a lot of other games already doing that. Considering the variety in controls, good music and the different difficulty options, there is plenty of reason to come back time and time again.