comments Share
You are reading
Sylvio 2 has been announced

Having had a chance to play the original Sylvio, I liked what the game was trying to do, even if some of the points of execution were lacking at times. Still, there was solid potential to the premise, and I am curious to see where the next installment takes things.

Sylvio, the critically acclaimed first-person EVP horror game released this summer is getting a sequel. Labeled ”the best horror game of the year” by Adam Smith of Rock, Paper, Shotgun, and nominated for ”Best Original Game” on the upcoming TIGA awards, it’s been an overwhelming and awesome first six months of the game. Stroboskop is more determined than ever in trying to add something new and original to the horror game genre.

Sylvio 2 is set in broad daylight through-out the game, in the days following a ravaging forest fire in Saginaw Family Park. Juliette Waters is once again the protagonist, and portrayed, just like last time, by the brilliant actress Maia Hansson Bergqvist. And she’s got a hold of some brand new equipment.

”Stelotron L-500”, the reel recorder from the original Sylvio, has been replaced with the ”Stelotron L-1000”. A  360° video camera and a portable TV, making it possible to record ghosts in both vision and audio. You can zoom in and scan your recordings for any ghosts caught on tape, and just as before, your recordings are playable forward / backward in normal speed, fast forward or slow motion.

And the thing is, you’ll be able to test all of this out real soon.

A playable pre-alpha demo will be released at December 1st, along with the Kickstarter Campaign, Steam Greenlight and the first game trailer.

And to celebrate the announcement, the original Sylvio is sold at half price on both Steam and Humble Store this weekend! 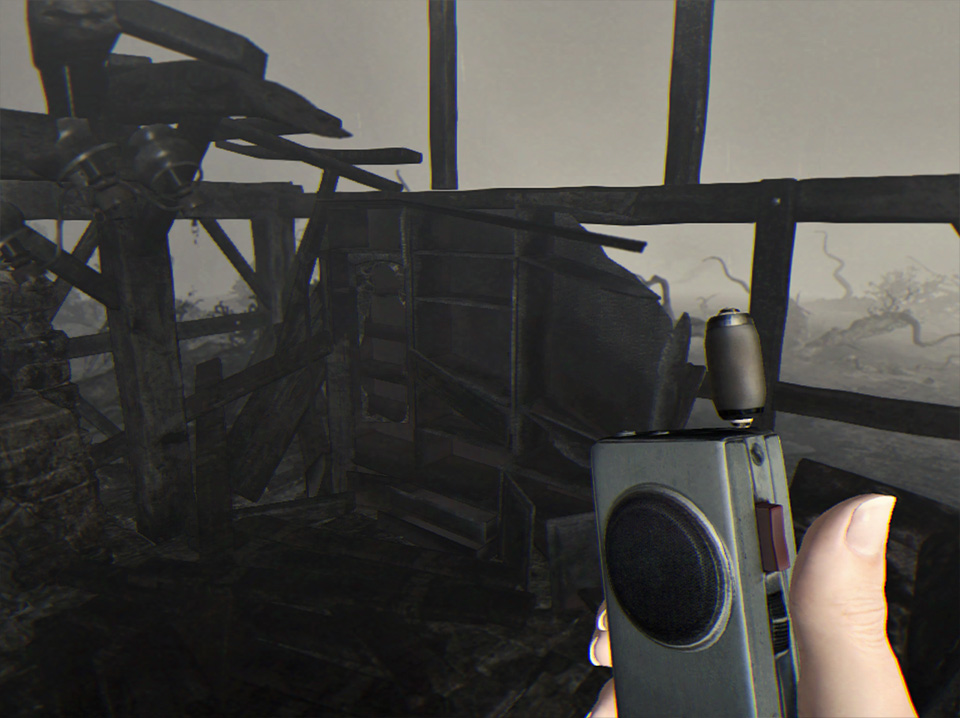