comments Share
You are reading
Tales of Zestiria – PS4 Review

Tales of Zestiria is the latest in Namco’s Tales of Series to grace us with its symphony of characters that reach out from the abyss and try to maintain their innocence in the face of their destinies. Being special for more than one reason, this latest entry into the series is not only releasing on the 20th Anniversary, but has also broken a trend that it once had by simultaneously releasing on more than a single platform with Sony’s PlayStation 3 and 4, as well as the PC. 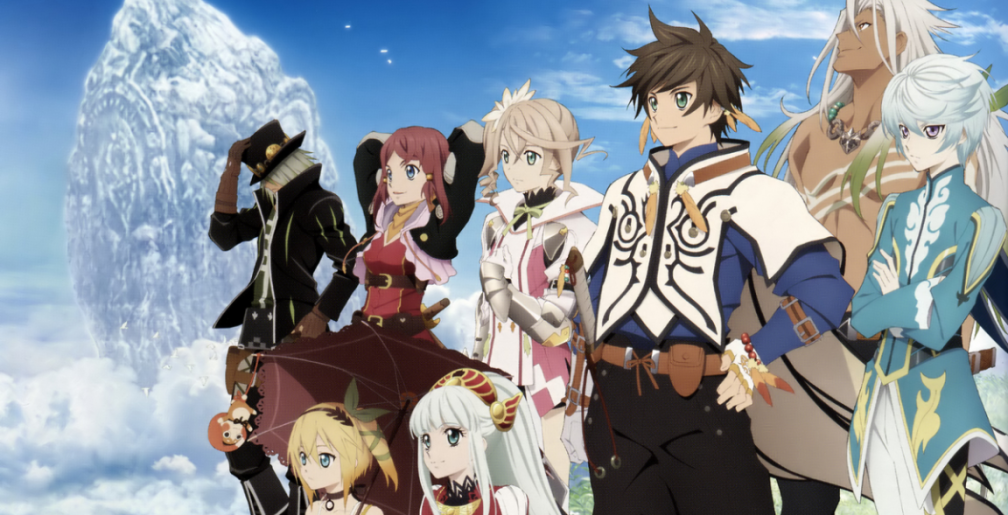 Taking on the role of Sorey, players will get to explore a brand new world in a manner that has not been done before with the series. Gone are the areas, the zones, and the sub-zones that all required their own loading times. Having moved instead and pushing the PS3 to its higher limits in which the PS4 easily followed, Tales of Zestiria takes a more open-like world approach in order to tell its tale. Having gone in this direction only enhances the experience to be had. Running through the wide open fields actually feels natural as where the area is cut off is quite literally where the player cannot go any further in that direction and not because it’s just another area limiter. Dungeons and passageways have also benefited of this as the entire location can be loaded in one sitting allowing for a smooth exploration instead of various loading screens as one area is left for another. There are still some locations that are segmented but these are so rare and the load times so quick that they aren’t even noticeable.

Having taken the wider opened approach was a design choice not only taken for exploration, but also for battle which made for some quite interesting encounters at times. Gone are the transition screens that take a few moments in order to load up the battles which have instead been replaced with nothing more than the main character leaping backwards and the other characters appearing ready for combat. While this may sound a bit odd, it makes sense within the stylistic approach to the story in which not all of the main characters are human but instead are more spiritual beings that live inside of our hero.

Battle themselves for the first time in the series take place exactly where the enemy was run into on the field. Tight corridors, open spaces with sparse trees, wide open rooms are all fair game. Most of the time the size of the area doesn’t really need to be taken into consideration as there’s more than enough room to engage your foes. Where things can start to get a bit dicier however is when powerful foes move farther and faster than you do in smaller spaces and the saying “I’m not trapped in here with you, you’re trapped in here with me” does not apply. Battling in the same environments that are being explored instead of a simulated space that looks and feels like it belongs there added to the open minded style and fit in quite nicely. Where there can be a bit of a disconnect at times is that as smooth as it is going into battle, the exit transition uses a quick fade to black instead of simply showing the results and letting the characters move on. While it doesn’t hugely affect the experience, it is enough that it is noticed when everything else is as smooth as it is. 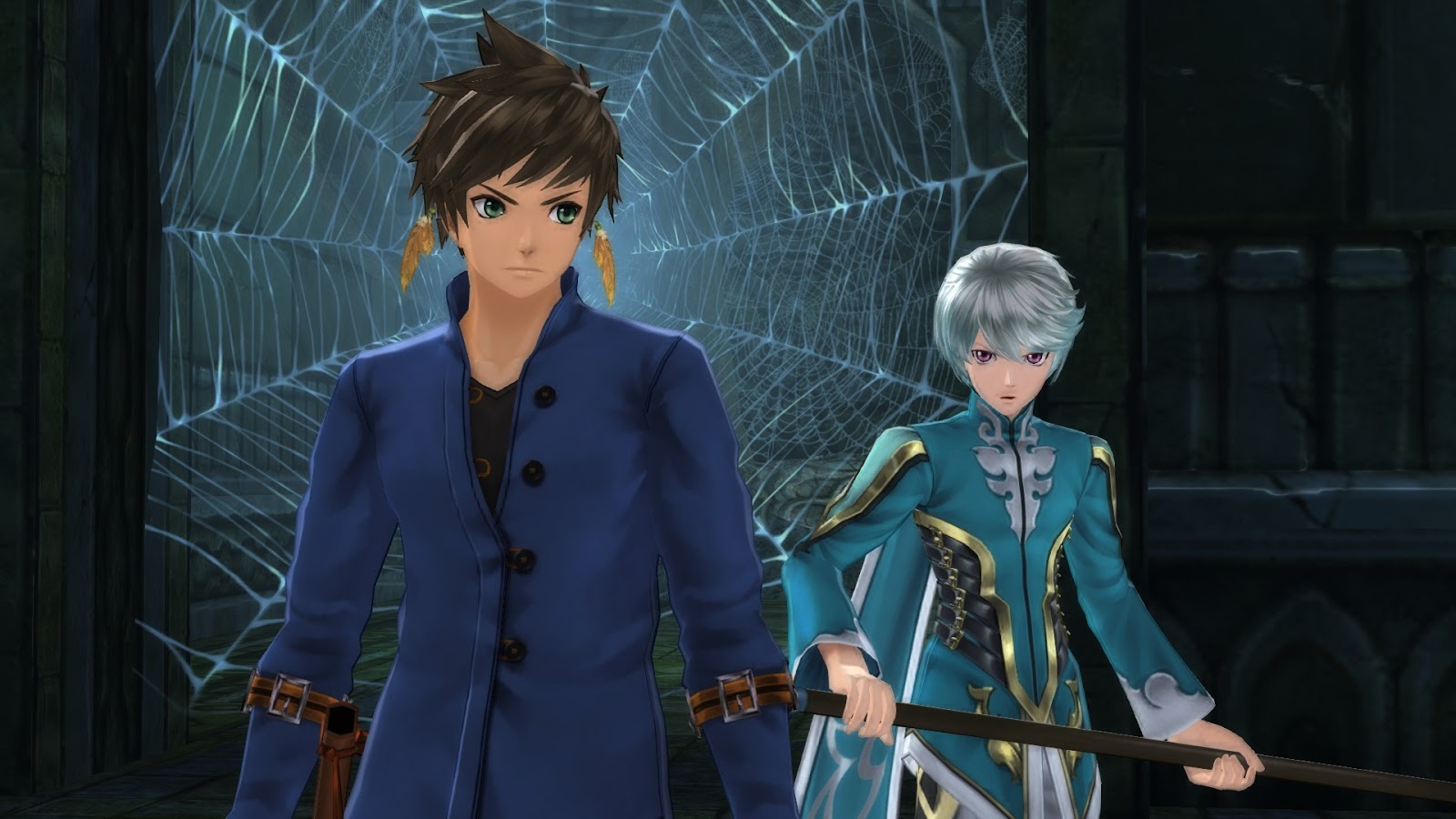 Namco has been making the Tales of Series for a long time and the combat systems has seen many iterations and modifications in which some were loved and others may not be as fondly remembered. Tales of Zestiria has put into place what I think may have been the best that they could have ever designed. Characters have Hit Points as they’ve always had but gone are any other form of points that would limit the usage of Artes or combos in general. Instead of any of these, Zestiria gives players what they called the Spirit Chain that is used for any and all actions in battle. Normal attack combinations, special attack combinations or even powerful moves are all done and based off this meter that will refill itself through various available means or simply standing still for several seconds.

Having gone the route of the Spirit Chain allows for a lot more flexibility in battle as in certain ways players do not need to be as careful with their resources. In other ways however they have to be all the more so as this new system works in the manner of a double edged sword. Having all the battle capabilities at your fingertips without worry of running out is one thing, but overdoing it can land your character in some rather perilous situations as they will not be able to dodge or even run out of the way using the free run system until their meter has somewhat replenished itself. With skills that can be equipped through the various pieces of equipment, there are a variety of ways in order to help refill these gauges than by simply standing still and finding them will be key to quick and easy battles with minimal harm to your party.

Equipment has also taken a change for the better as a first for the series. Instead of having static equipment per vendor in town X before moving over to town Y, there can be various iterations of this piece of equipment that comes with different skills to modify various attributes from health, defense, to methods of regaining portions of your Spirit Chain by performing specific actions in battle. Fretting over which piece may or may not be better than another is also not as important as it once was as equipment of the same name can be fused together in order to add, change, or enhance the skills that come with it. With a form of a skill combination table that can be seen at all times in the equipment window, careful planning of your equipment can change your battle prowess from the likes of a street cat into a powerful Liger. 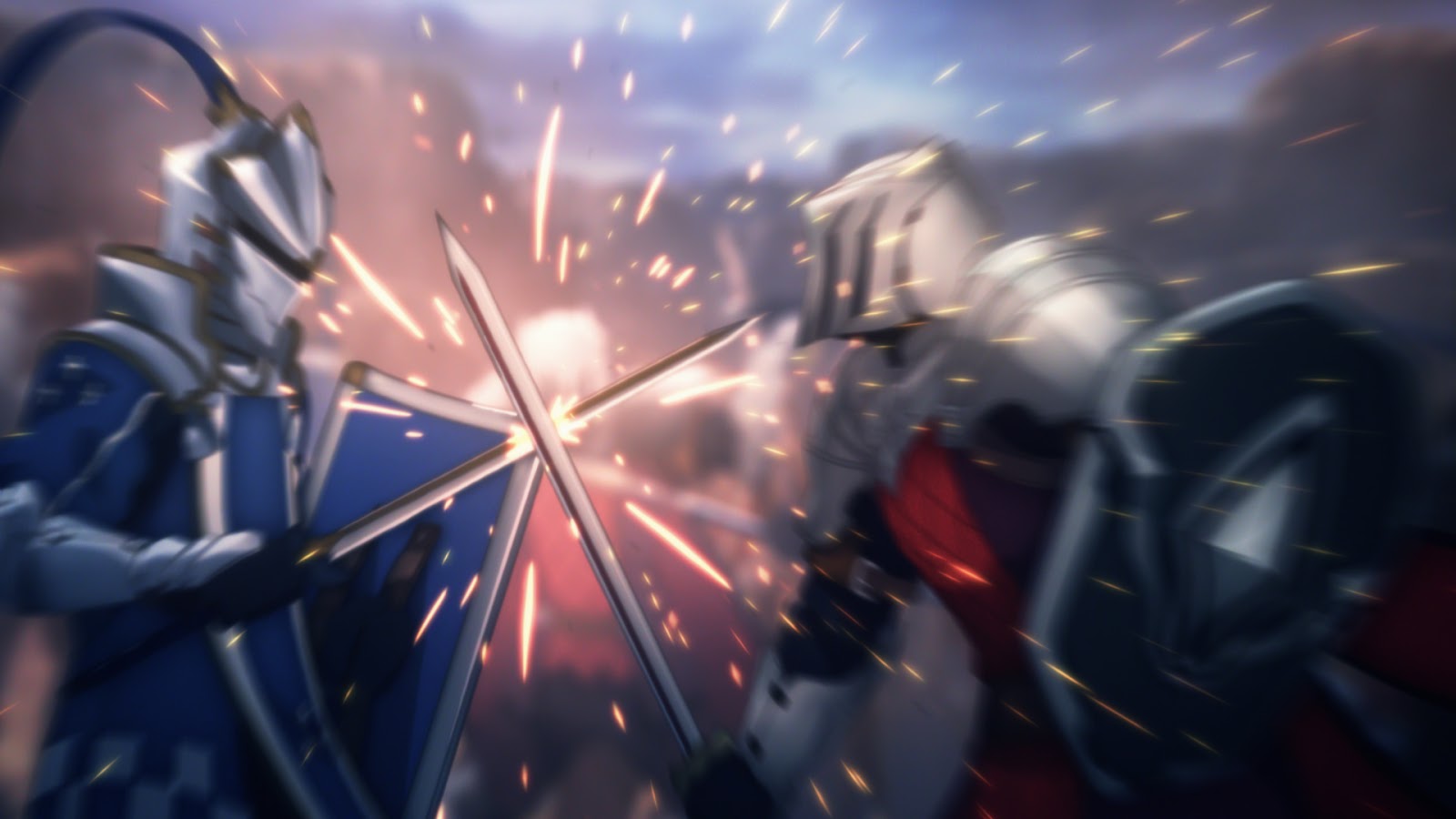 With all of the exploration, all of the battling, Sorey thankfully does not need to do it alone however most people will think him insane nonetheless. Of the main party of characters, very few of them are actual humans which not only is interesting from a story perspective, but also aids to enhance the final portion of the combat. In the world of Zestiria, there exists being known as the Seraphim. We, you and I, know these to be angelic beings pertaining to a higher power, Zestirians know them to be beings of spirit that help keep the balance of the natural order of things. Well those that remember them being more than pieces of legends and lore left behind from the ages. What is interesting is that the Seraphim do not need to be human in nature. Like the normal living beings, they can take all forms of shapes and sizes from looking human over to being a dog or a miniature looking humanoid cat. The biggest catch to their appearance however is that they are not perceptible to the normal human eye and only select few can see, hear, touch, and interact with making it quite weird for anyone else looking upon such an interaction.

As we explore the world through the eyes of Sorey, the Seraphim are always within view and can be seen in every corner of the world in a variety of different situations. Every now and then however, the shift in the point of view changes to another character who simply sees Sorey talking to himself, fighting something that isn’t there, and think he’s rather crazy for doing so. I mean who attacks a dust cloud to have their sword clink off of it as though it hit metal? Sorey is known as the Shepherd, the one who would save the world from the Lord of Calamity that would see the world sunk into darkness. Seraphim unlike humans are a lot more susceptible to the dark and thus if their feelings are brought too far out of whack become known what are hellions. Normal humans would see these are deranged people, vicious dogs, dust clouds, or water torrents. Anyone with the sight ability akin to that of the Shepherd or other Seraphim would see them for what they really are. Demonic beings of power that would tear everything limb from limb and wreck havoc and destruction. 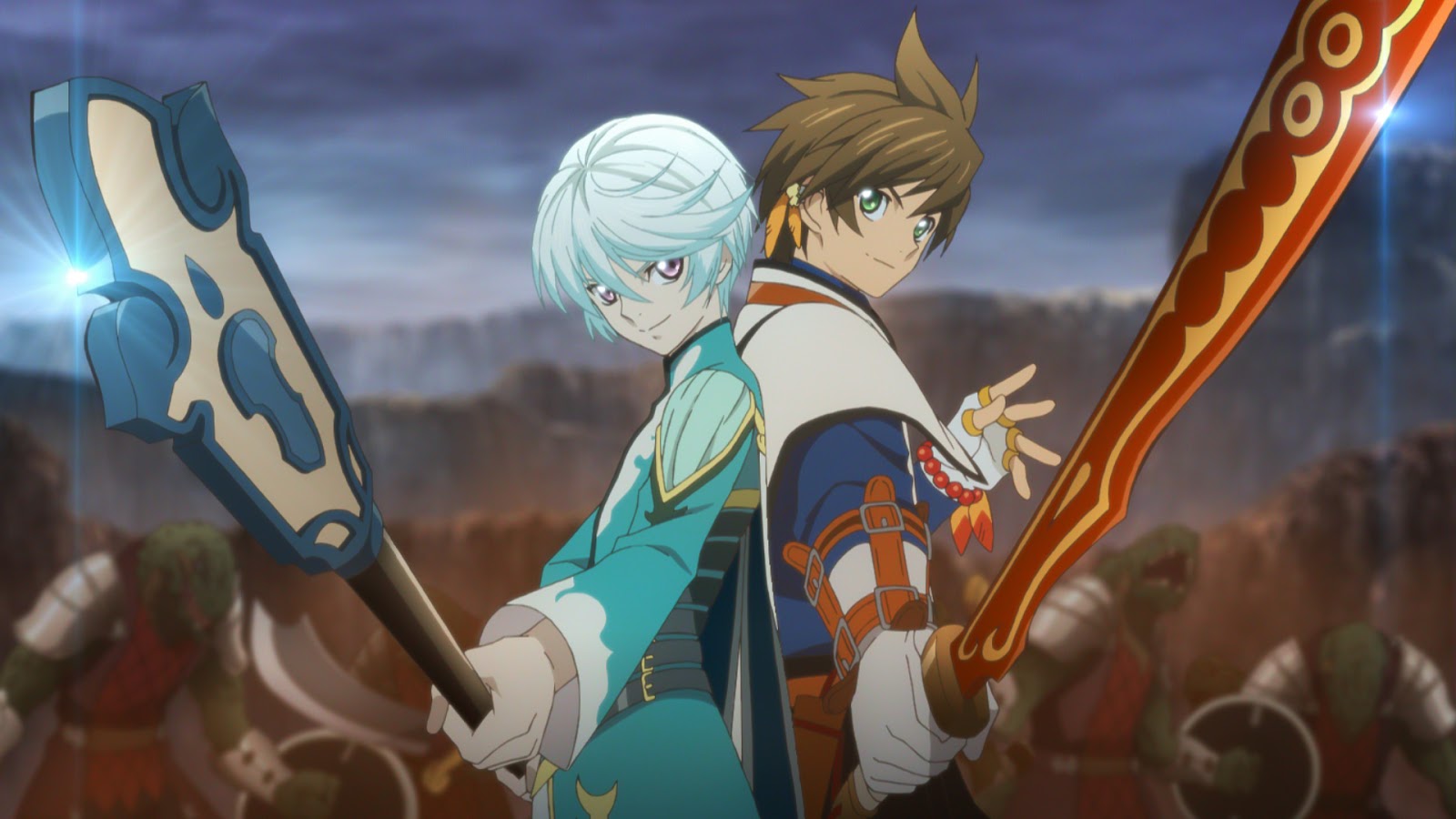 While Sorey grew up with the Seraphim, all of this is normal to him. Moving over into the rest of the world for the first time, he sees wonders never seen before but when it comes to the Seraphim themselves he forgets that not everyone can see them. It’s these shifts in the point of view at times that can bring on a awkward feeling of understanding for those around him as they don’t quite understand what’s going on and wonder if there may be a few loose screws. The subtle shifts in the dialog and the characters can be quite entertaining especially when one is essentially being left out of the loop and they don’t even know it. Able to Squire another under their banner and their service, Sorey can lend the sight and the powers to another to fight alongside him at least trying to alleviate the weirdness of this unseen world to the other which leads to the final portion of the battle mechanics. Fusions.

With two human characters in the party, the rest of the Seraphim can either fight alongside them or be fused with into a more powerful being of a particular element. Fire, Water, Air, or Earth Seraphim can be joined with which takes the battle party down by one member but increases the battle potential by several degrees into the party’s favor as long as the right elements are being used. This form that can be used by the Shepherd or the Squire is unlimited in time but has prerequisites to be met before hand that honestly are not that hard to come by. Being inputted as more of a standard feature instead of a be all / end all / save for a critical moment, learning the move sets of each element is going to be easy enough as it is never hard in order to pull it off as it still falls under the purview of the Spirit Chain for standard attacks and arts feeling like a standard elements and not something drastically different.

Tales of Zestiria has honestly set a new bar for the series in more ways than one with the variety of improvements and new ideas that have been implemented. Between an amazing new cast, great voice acting, new smooth battling system, and a gorgeous open-like world to see, the next entry of Tales of Berseria will have a lot to live up to with how well they’ve crafted Zestiria.