comments Share
You are reading
What makes a game memorable? (Part 1) – Gaming Thoughts

Gaming nostalgia is a very powerful thing indeed. Sometimes we recall games more fondly than they probably still deserve. Other times it gives us an incredible amount of loyalty towards a series, even if sometimes it stumbles now and again. For those of us who have been gaming for a while now, there are usually a handful of distinct moments where it just ‘stuck’. The team is going to take a look back into the past – our own sort of personal Retro Reflections if you will – and recall some of those more distinctive moments. 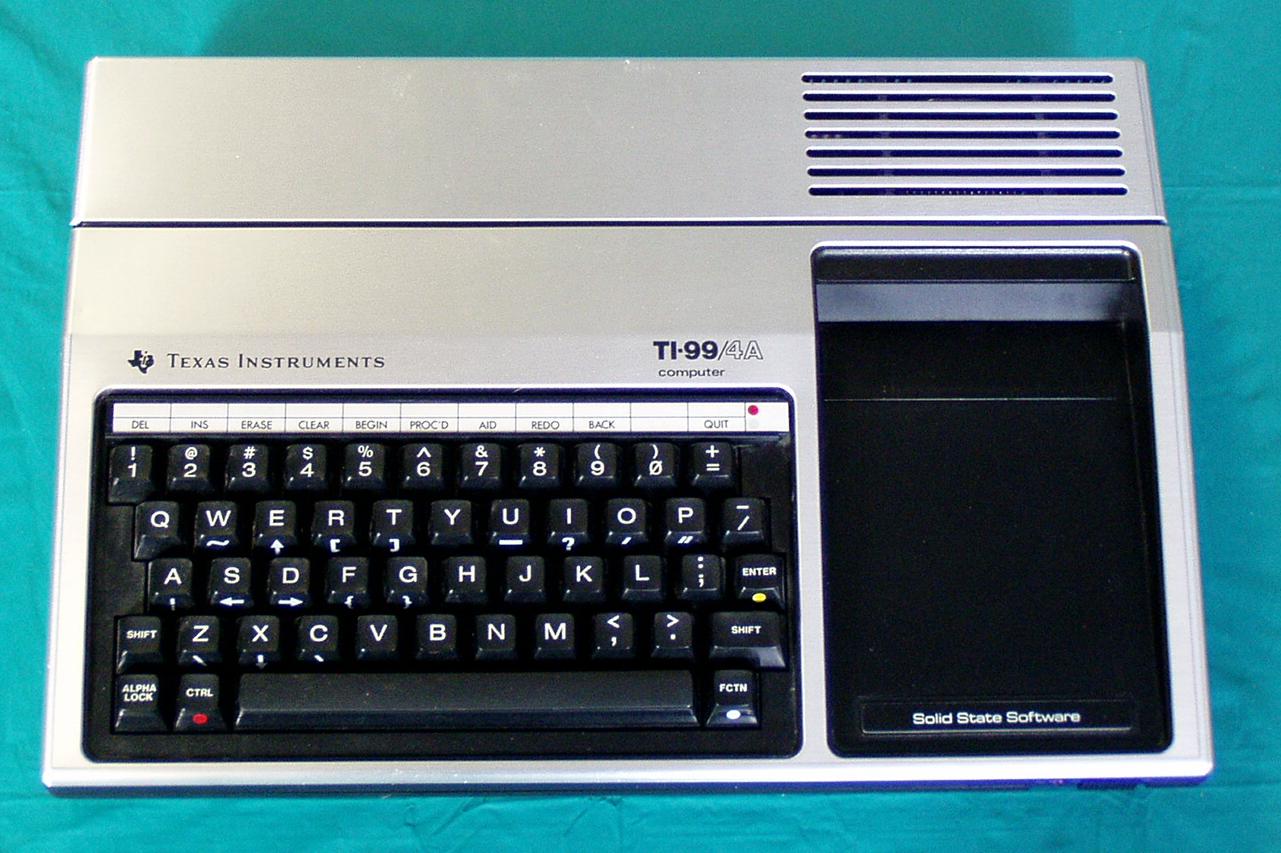 For me? It starts at the beginning. Not that I can vividly recall the details because I was… well, I was about five at the time, when I got my first video game console – a TI99/4a. My grandfather had an Atari, and I had of course seen arcade games and probably even played one or two by then, but this was the first time in my life I had had the power of video games at home, in front of me, any time I wanted (except you know, bedtime, school, chores – all of those pesky parent-interrupted moments). The black, bulky plastic cartridges seemed huge in my hands at the time and I certainly lacked the dexterity to really do well at the games, but I was in love with them all the same. Once I started to get too good at the games, my dad took a slightly different tact and picked me up an official book on how to program in BASIC. I was about eight when I underwent that adventure, coming up with text games (think a virtual Choose Your Own Adventure Book) that would become the basis for my future interest in writing and probably an early foundation in my fascination for MUDs years later.

While this was something of a computer hybrid, I wound up actually missing out on most of the older computer games of the era, as I was almost strictly a console gamer. The two exceptions came from when I would visit my uncle or grandfather whom both had different computers. Still, the popularity of these games is still alive and well as evidenced by the success of the Software Library: MS-DOS Games and Good Old Games. It was my own willingness to listen to others reflect on these types of games years later that led me to discovering many gaming classics I had missed out the first time. However, as much as I loved my TI99/4a – there was something bigger on the horizon.

Several years later, my uncle grabbed me an NES for Christmas (any wonder why I like Christmas so much?) and I had a handful of titles right off of the bat with it such as Elevator Action, Double Dragon and Dragon Power. Of course at the time, I was hoping Dragon Power was going to be a lot like Double Dragon – but I was disappointed to find out that they were nothing alike. To this day, the arcade version of Double Dragon has one of my favorite gaming songs of all time. However, music was not as big of a part of my gaming lifestyle back then. For every memorable song from The Legend of Zelda, there were games with looping duds that annoyed me after an hour or ten, prompting me to listen to ridiculous amounts of rock and roll (Metallica in particular) back then with the game music turned down on the television. That worked fine for some titles, especially if you did not need sound effects to work. I would say that during the NES and even Genesis era, I listed to my radio or a CD about half of the time I was playing video games.

That all started to change around the time the Sega Genesis CD and later PlayStation came out. I will admit that I watched the introduction to the game Lunar on the Genesis CD far more often than was probably healthy. The line between cartoon and video game was quickly blurring and I was fascinated with the music and the voice acting in that game.

I had one particular buddy that I played video games with a ton growing up. Randy and I tried the multiplayer modes on just about everything it seemed like. Cooperative games like Double Dragon II, Teenage Mutant Ninja Turtles and more on our NES. For many gamers, the NES and SNES era was the most formative, and I would have to agree that those 8 and 16 bit eras really helped to create some of my best gaming memories. There are plenty of sites such as Man Crates that have offerings that cater to gamers who still yearn for those days, while others like the Angry Video Game Nerd and Questicle manage to find ways to talk about these games in ways that make them still relevant.

As much as most of my early single player memories revolve around that era, my best multiplayer ones came afterwards. The Street Fighter II and Mortal Kombat games in the arcade got a lot of us started, but it was titles like Madden, Mario Kart 64 and Golden Eye that did us in when college got here. We were competitive by nature – most of our group played Magic: The Gathering on the side, further reinforcing that notion, but the first time we had a multiplayer franchise mode in Madden and I won the season? Those are bragging rights our group of friends carry around to this day. Late night pizza, Mountain Dew and hooting and hollering over Mario Kart were a weekend norm. “Be Small!” someone would shout when a lightning bolt was triggered. Or Landon’s insistence on using Wario – and of course repeating “I’m a Wario, I’m a gonna win!” whenever he won.


Yeah, because that never got old.

The years have certainly caused not only the video games themselves to change, but how we play them. My last two examples come from a more recent era. Of course, college could only last so long (even if I was doing my best Van Wilder impression for a few years there) and eventually most of our core group of friends began to move away from our home town. No longer able to get together and play games in person – including weekend Dungeons & Dragons sessions, we found ourselves turning to World of Warcraft.

Some of my friends adopted World of Warcraft more quickly and played more steadily than others, but the way would could get together and take on dungeons together rekindled those college days for us. Before World of Warcraft, I had been playing MUDs for years, as had a couple of my friends, but the visuals and music plus the huge community resonated with a broader audience. To this day the music when entering Stormwind is still a song that just clicks for me. The first time I entered, seeing those massive stone statues with the music thundering in the background and giving way to this sprawling city filled with other players just like me – it stuck. I was hooked.


I see it in today’s games as well, and today’s gamers.Turning 40 next year (hey, I have to grow old – I don’t have to grow up), it amazes me to see how much has changed in the world of gaming. Like I said earlier – it’s not just the games themselves, but how the games are consumed. I have three kids of my own, and video games mean something to each of them. That being said, the games they play and what they get out of it varies greatly.

My oldest child is nineteen already. She pokes at games now and then, having beaten titles like the three Bioshock games, but by and large she actually prefers to just experience them. I was walking through the living room last night as she was watching the Game Grumps playing Shadow of the Colossus – an absolutely fabulous game that I picked up on PS3 when it came out with ICO several years ago. My daughter has played it, but remarked that she preferred watching the Game Grumps play and talk about it.

My son? Well, he’s a bit too much like me. He’s sixteen now, and highly competitive. He wants to shoot you in Call of Duty or click you to death in League of Legends. He has spent some time in more creative games like Terraria and Minecraft, but these hyper competitive games are where he spends the majority of his time. He is up for some cooperative play now and then – we have beaten all of the current Halo games together. Conversely my youngest, who is thirteen, wants to build and create. Roblox and Minecraft are where she spends the majority of her gaming time. She wants to make things with her friends, share things with them. Recently Super Mario Maker has been chewing up a ton of our family’s time. Even my wife had joined in on the fun.

All three kids are doing what I used to – making some new memories through video games. Just like reading a book or watching a movie or hearing a song – video games have that ability to stick with us. In many ways, because it leverages all of those media while making it an interactive experience, I would argue that video games are even better suited than other forms of media for sticking with us over the years. For me? I have played a ton of games over the years, and it became less about the games and more about how I experienced them and who I got to experience them with. My favorite hobby started off a very solitary one that eventually branched out into one I shared with my best friend, then later multiple friends and even further still – my kids eventually. 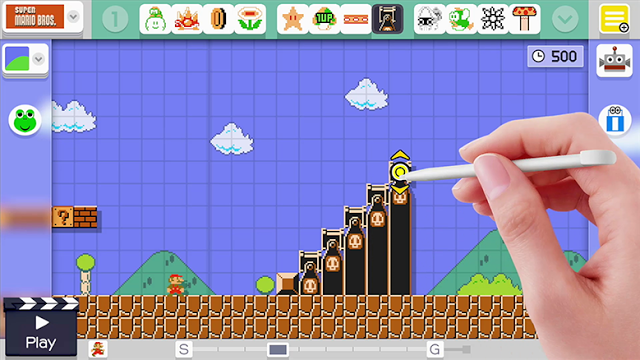