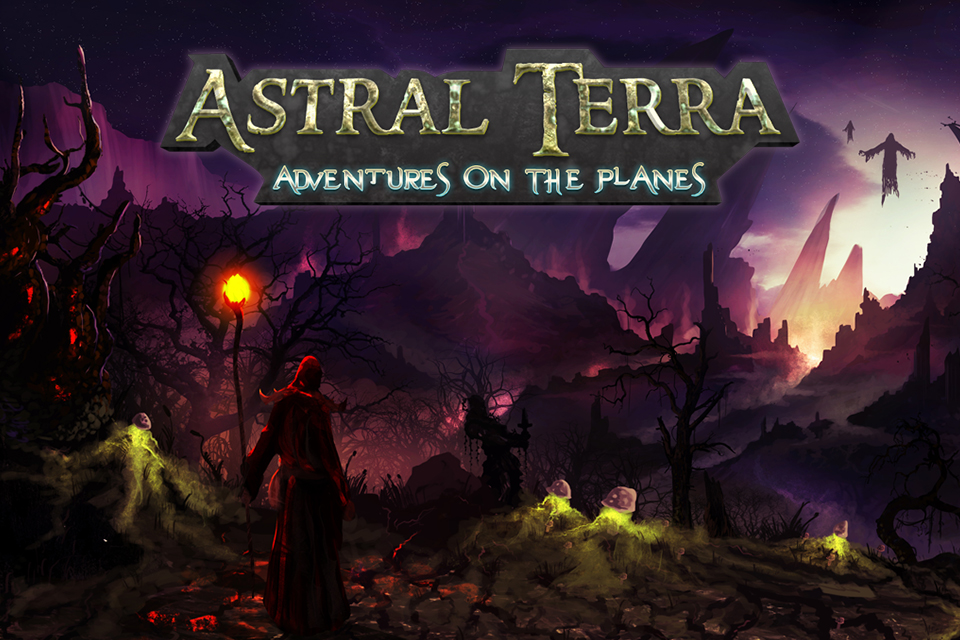 Dungeons and Dragons meets Minecraft is about the only way I can think of describing the sandbox/survival/RPG game called Astral Terra. It’s currently in Alpha and very rough around the edges but it could hold some promise if the developers focus on their goals and try not to do too much.

Astral Terra uses a now familiar voxel based world that is fully destructible which i’ve seen a few games employ with varying degrees of success. I’m not entirely sure how to approach this one because it blends many different game elements but doesn’t seem to fully employ any of them. It has some builder/sandbox elements that allow you to harvest resources as you explore your environment like wood and ore. I will warn you now the game is rough and your first time mining a rock will be a slightly startling experience as the object comes flying at your head! These materials can be used at a crafting station to build better weapons, stuff for your home or more advanced crafting stations for more advanced items. So far, pretty standard for builder/sandbox games like Minecraft. It gets weird when you summon this crafting station with magic.

Unlike a traditional builder/sandbox games that makes you work for everything, in Astral Terra you are given spells depending on what character you chose along with your initial crafting station for free. You can also create huge, majestic bases right off the bat, complete with marble staircases and windows without having to first find the raw resources! Building is done through a terraforming mode that can either be used from the view of your character or through a very handy third person, freeform camera mode. The controls are a little confusing at first but once you get the hang of it the mechanics are quite powerful. 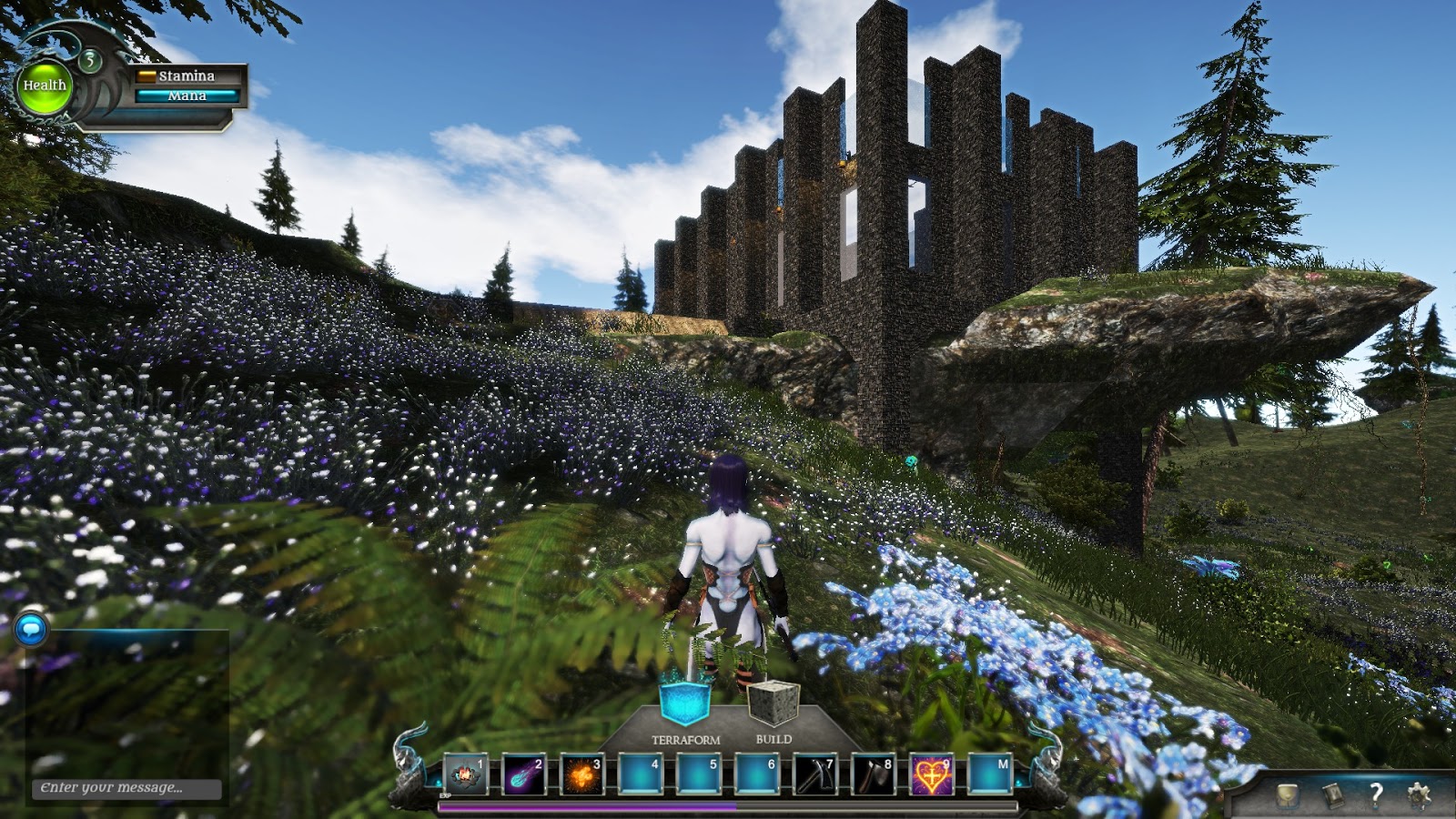 There’s also a little of the survival genre throw in there with a stamina meter you have to watch and full to keep working. This meter is filled with food that you get from farmland that seem to be infinite and that you farm with a hatchet…. it is in Alpha stage. And I have to say it’s pretty smooth and quite… pretty for an Alpha.

The landscape is a little more in the fantasy realm than some other games i’ve seen using this engine with glowing trees and plants adding a touch of the surreal. Combined with this intersting fauna and some pretty stunning floating islands and bista that generate there’s already a strong exploration component present. While you explore you don’t have to worry a lot about dying right now as there isn’t’ much in the way of danger in this deer and squirrel infested mythical world (your character doesn’t even take fall damage). In fact, there isn’t really much to do except take a walk and try out the builder which in itself could very well lead to a number of hours of fun as you design your very own weeping skull fortress complete with matching curtains, or a giant tree house if you’re more friendly.

So far the concept is interesting, an RPG with full terraforming capabilities, what’s not to like. What I don’t want to see is the developers spreading themselves too thin and not quite hitting the mark on any of the elements that they have set out to blend. RPGs are fun because of their battle mechanics and, often their story lines whereas sandbox games are fun because of their creativity and the work it takes to create your projects. So far the elements are there but nothing is polished enough to hit home.

I’m intrigued with Astral Terra and I’m excited to see how this game progresses. If Tethys Interactive LLC can successfully pull this off I can see it gathering quite a following. 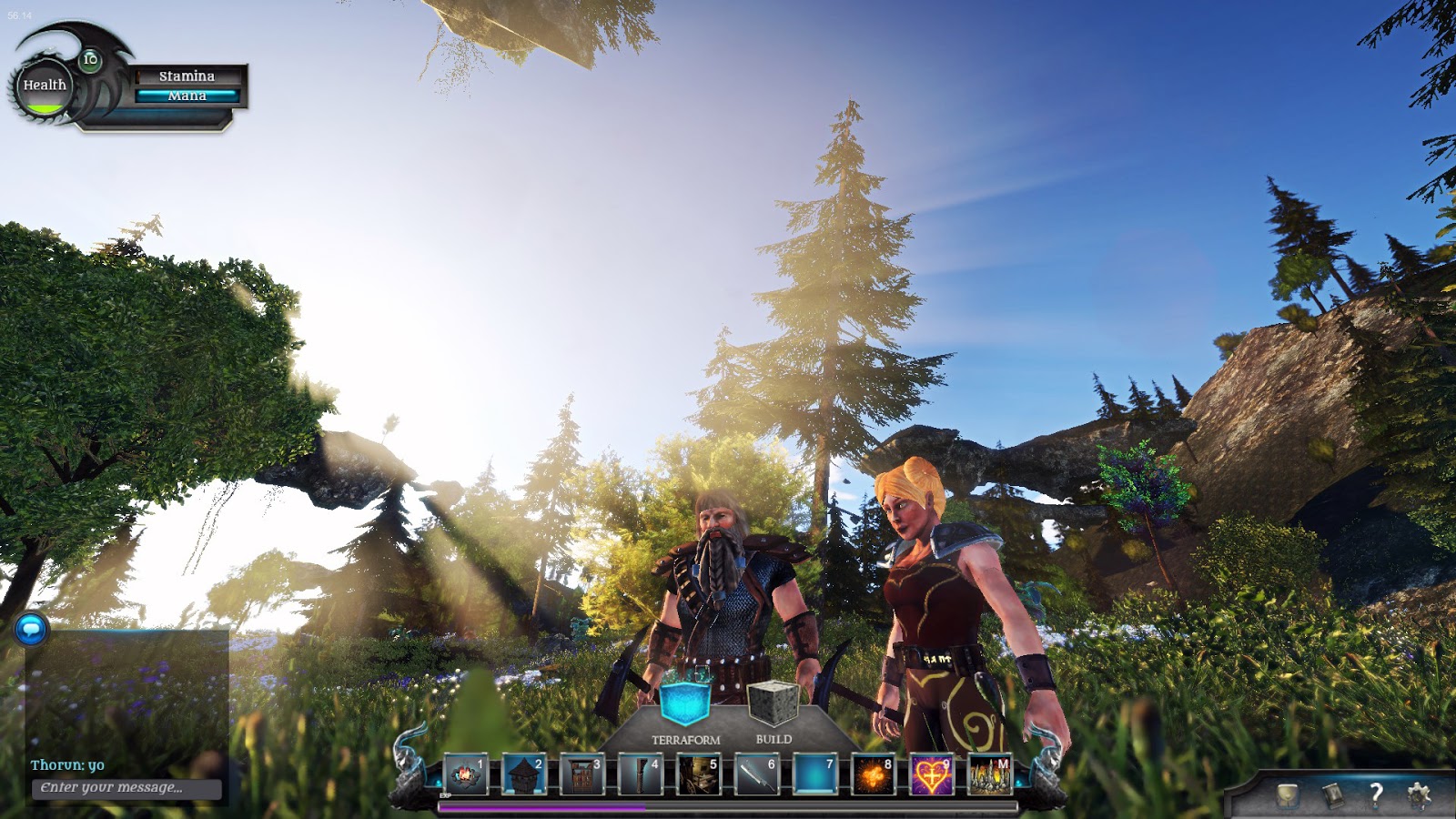