comments Share
You are reading
Bridge of Spies – Movie Review 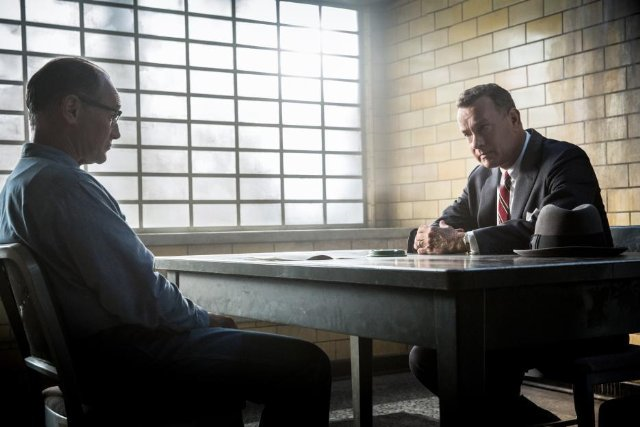 A friend of mine asked me to watch Bridge of Spies with him. I was afraid this going to be another Tinker, Tailor, Soldier, Spy but thankfully it was not. The story is about a successful American lawyer who defends a soviet spy arrested during the Cold War in America.

What makes the movie interesting is the difference between the American way of life and the soviet regime, Tom Hank’s performance and the difficulties the hero faces when he decides to do his job as efficiently as possible. Donovan tries to convince his colleagues, family and fellow citizens that applying the law is fundamental but they cannot understand why he is helping an enemy of the state. Tom Hanks plays very well and the same goes for Mark Rylance, who has the role of the always calm spy. The presentation of an older period is realistic, including the cars and costumes, and there are some memorable shots, e.g. when Donovan gets out of a building and light falls on him in the night. I also liked his dialogues, for example the one with the CIA agent, where the hero explains what forms their national identity. 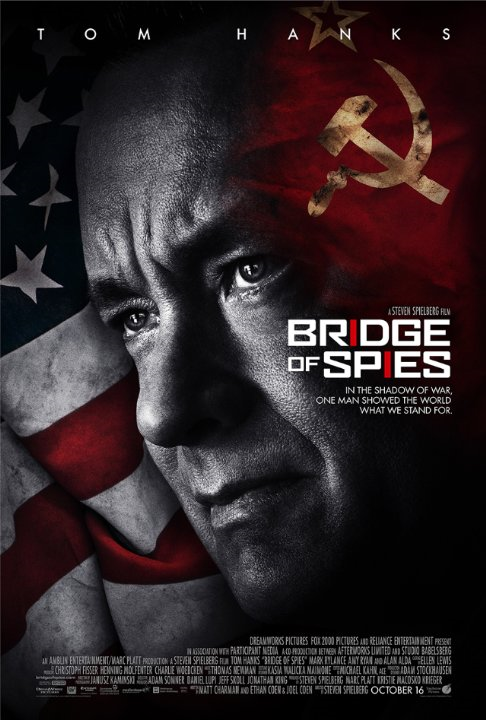 The second half of the movie is less exciting than I expected although it takes place in Berlin, after the rise of the Wall which divided the city in two. Donovan must negotiate the exchange of the aforementioned soviet spy with an American pilot who was captured by the Soviets while flying secretly over their country. The problem here is that the hero mainly follows a plan made by others and he is not in danger. Donovan is protected by the CIA, no one wants to harm him and there is no serious pressure of time because the pilot doesn’t know any secrets threatening to his country. Since the Soviets need the exchange as much as the Americans do, the only twist is that the hero wants to include an American student in the deal. However, the student is of no importance to the Soviets or Germans and I didn’t know him (he had appeared very little) so I was not worried about his fate. Even the climax had little suspense despite the right selection of location and time. At least, I appreciated how it showed the development of the relationship between Donovan and Rudolf.

Despite its shortcomings, Bridge of Spies wins you over with its original main idea, charismatic protagonist and skillful direction. Most of all, it depicts the huge difference between two worlds, the liberal and the socialist. Bridge of Spies certainly isn’t your typical spy thriller but I recommend it to anyone who is interested in the Cold War era.