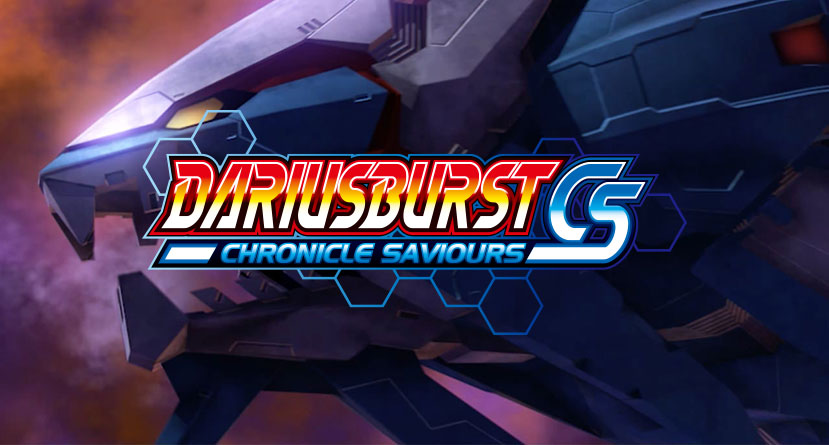 The Darius games have been largely in hibernation for the last several years now, but to longtime shooter fans, they know what to expect from these titles. So what about the new Dariusburst: Chronicle Saviours on PlayStation 4? Simply put, it delivers on multiple fronts for shmup fans.

Pyramid deserves some serious credit for what they have done here. There are technically two modes between AC (Another Chronicle) and the CS (Chronicle Saviours) modes, and both have a deceptively high amount of content. I say deceptively, because Dariusburst: Chronicle Saviours is actually a relatively short game when you play through it. Of course, that short could be because you got blown apart rather quickly – with default settings on, this game is a challenge. However, what I am referring to are the three level bursts that the game plays out in. That may not sound like much, but these stages are each fairly meaty, with lots to do. More than that, there are a lot more than just three stages – you only have to navigate three each playthrough.

The most interesting part of Dariusburst: Chronicle Saviours is the way you can dictate which stage you go to next. This opens up a branching path of systems that gives you access to different stages and bosses along the way. The replay value here is outstanding as a result. This is especially true of the Chronicle mode found in the Another Chronicle setting. Here you get sorted into a group that has to clear 3,000 different missions in total. Yeah, that’s right – 3,000. I did not misplace a decimal in there. These missions tend to come in different flavors and objectives. It is a cool idea that I admittedly have not been able to see all of the way through yet, but then I don’t know just how many people are diving in with me and attempting to work towards this goal. 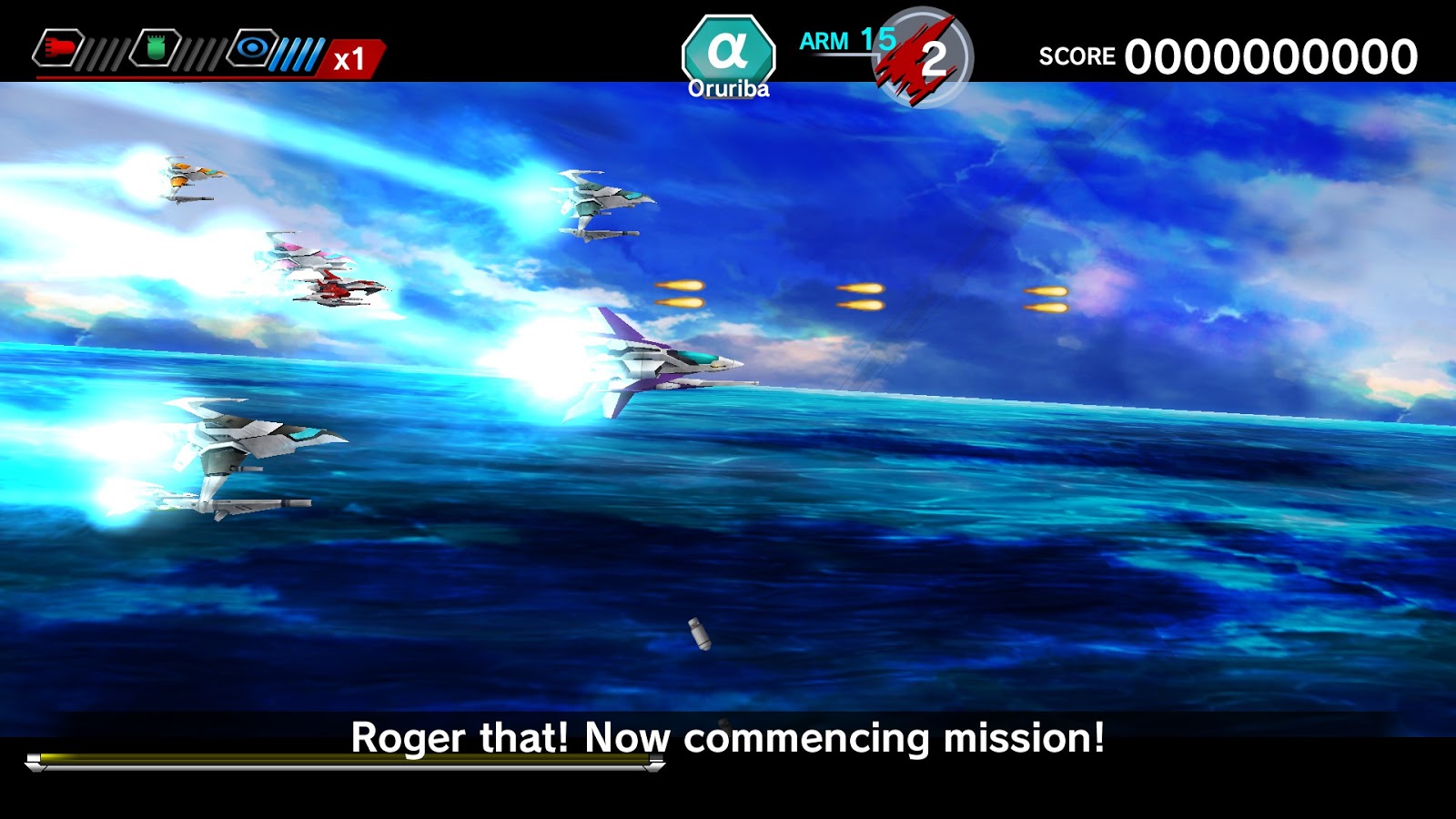 There is a smidgen of story here, but really the star of the show is your ability to blast through waves of patterned enemies. You select your ship and go about shooting down wave after wave of bad guys, collecting red, blue or green colored orbs along the way that improve your ship along the way. The laser arm is one of the coolest weapons at your disposal, as it can fly right along with you or be made to detach and sit in place, firing a steady beam of energy at your opponents. Keep an eye on it though, because it can only fire for so long without charging it with orbs.

Dariusburst: Chronicle Saviours is tough, but fair. The arcade game certainly feels as though it was built to pull quarters out of pockets, while other modes tend to ramp up their difficulty at a more forgiving pace. Still, there are lots of enemies and bullets on the screen, and they will test your memory and reflexes. As is the norm for this genre, the boss battles at the end of the stage are the most difficult and interesting parts of the level. They are wickedly tough at times, pouring so many projectiles onto the screen that you will have to be very fast in your navigation. They can also take an absolute pounding. 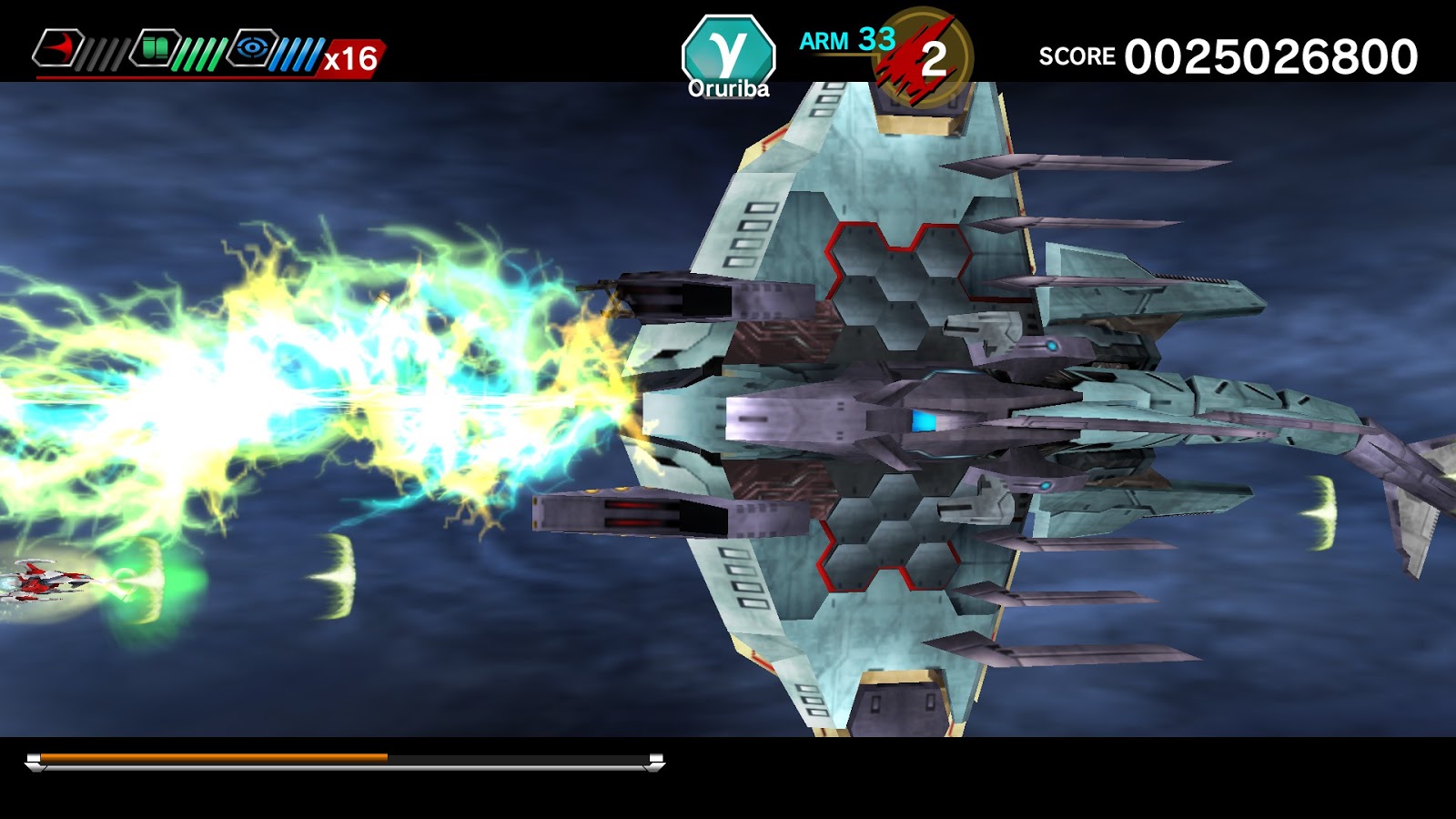 There are a fair number of options built into the game however, to make it more accessible. For one, you pick your ship of preference at the start of a game. There are also different difficulty/number of life settings that can help to smooth out the difficulty curve. For those who enjoy the genre but simply lack the requisite reflexes for success, you can set up infinite lives and blast away at weird fish-like aliens to your heart’s content. This kind of approachability will go a long ways towards making Dariusburst: Chronicle Saviours appealing to a larger segment of players than other titles in the genre might.

Dariusburst: Chronicle Saviours looks and sounds great, with tight controls, lots of options and plenty of stages to keep players coming back for more. It is absolutely worth a look for fans of the shoot-’em-up genre, but it also could very well appeal to those simply curious about the game that might normally steer clear of shooters because of their reputation for difficulty.