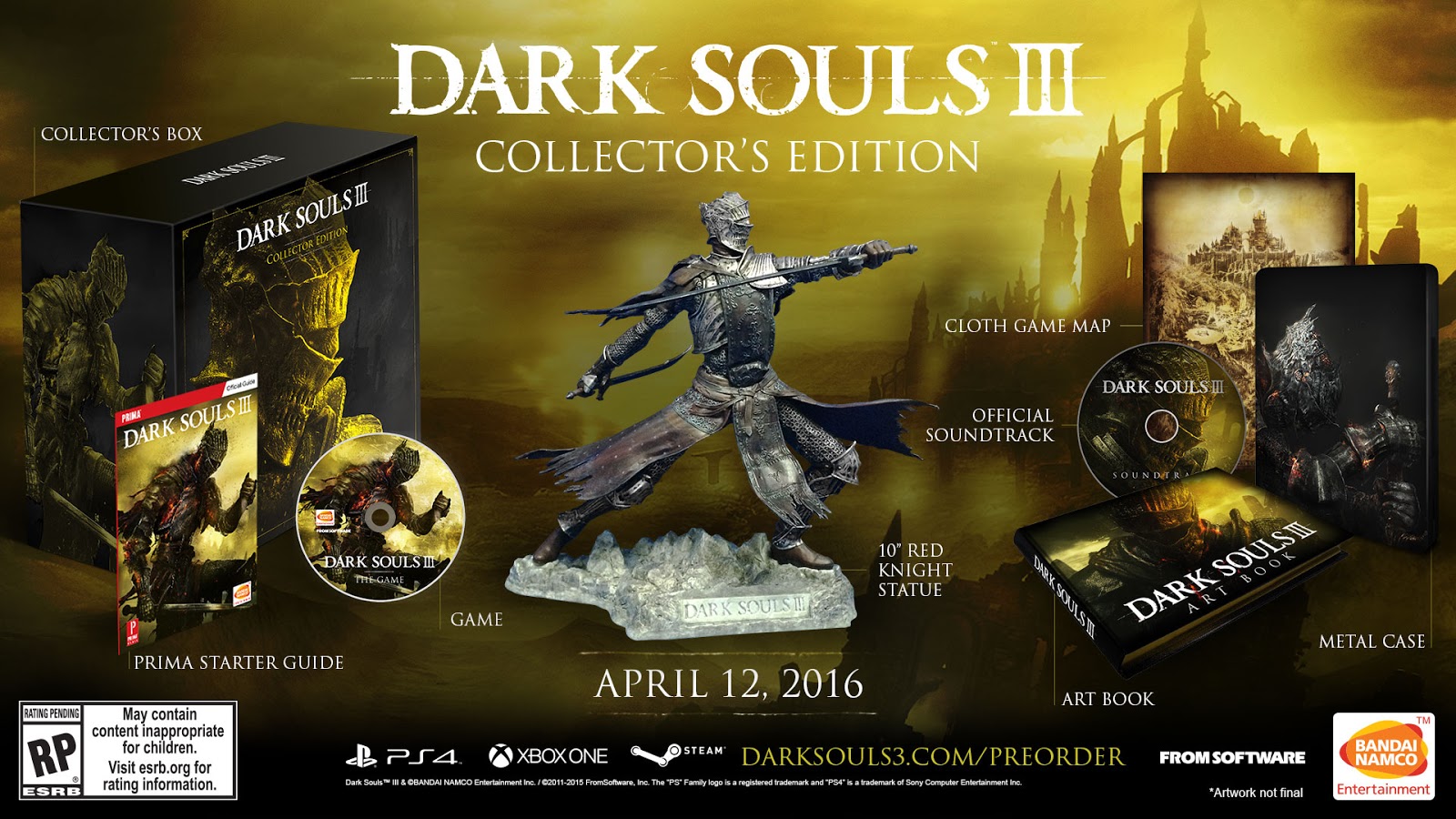 At this stage of the game, I don’t think the Dark Souls titles need a whole lot (or really, any) introduction. We have been huge fans since the original Demon’s Souls and that has not changed over the last couple of excellent Dark Souls releases. Let’s just say – we’re excited for this.

BANDAI NAMCO Entertainment America Inc. today released new video assets as well as announced a Collector’s Edition, Day One Edition, and the release date for DARK SOULS™ III, their highly anticipated action role-playing game from famed Japanese developer FROMSOFTWARE. DARK SOULS III will be available throughout North America and South America on April 12, 2016 for the PlayStation®4 computer entertainment system, Xbox One®, and PC via STEAM®. DARK SOULS III provides players with an all-new world filled with heinous enemies, hidden secrets, and captivating environments as they search to destroy the awakened Lords of Cinder and discover what has happened to this apocalyptic land.

The DARK SOULS III Collector’s Edition is priced at $129.99 and will feature the following items:

The DARK SOULS III Day One Edition and Collector’s Edition are exclusive to the PlayStation 4 system and XBOX ONE versions of the game and will be available at participating retailers while supplies last.

Oh, and you know you want to see some of these assets. 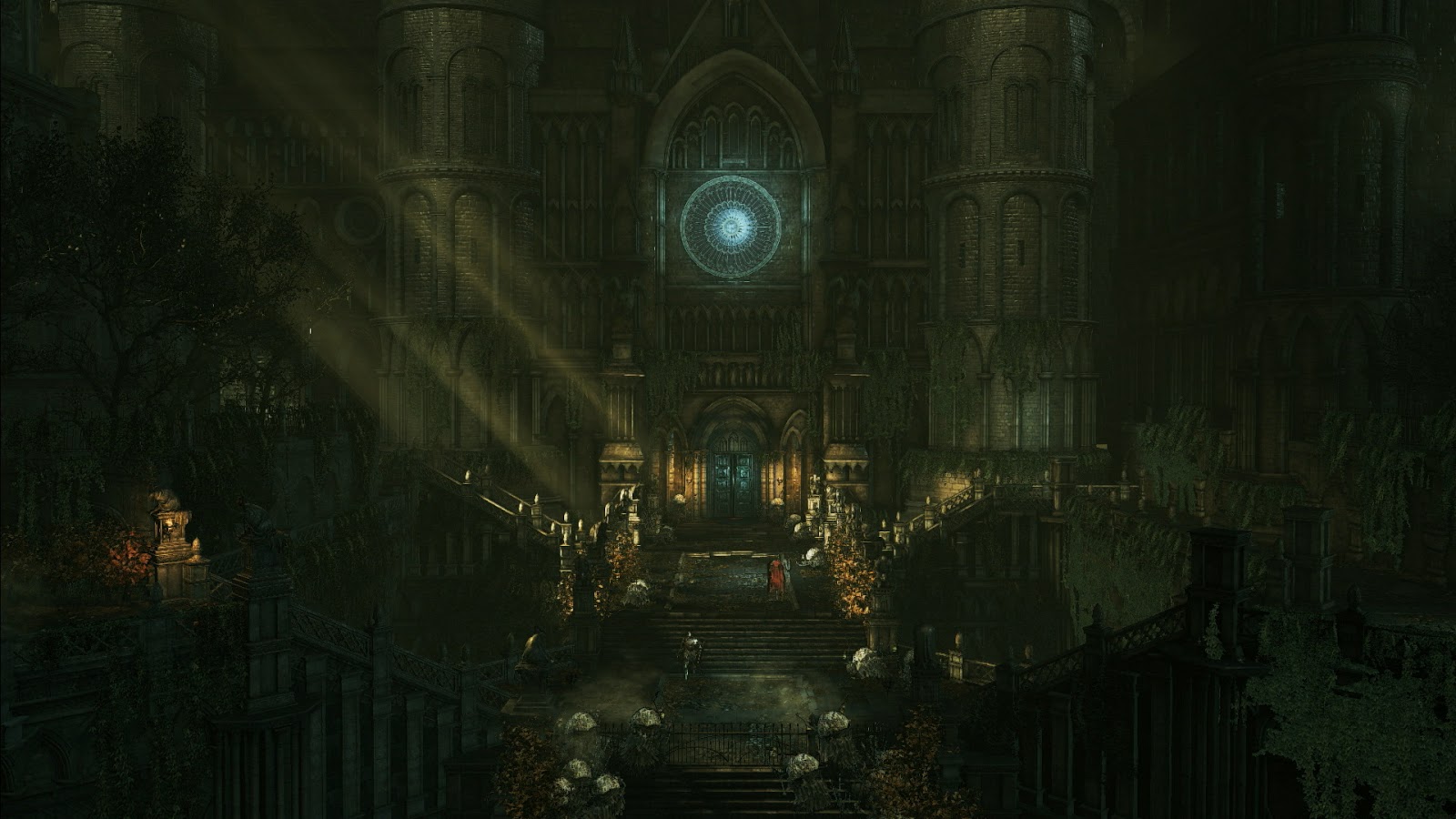