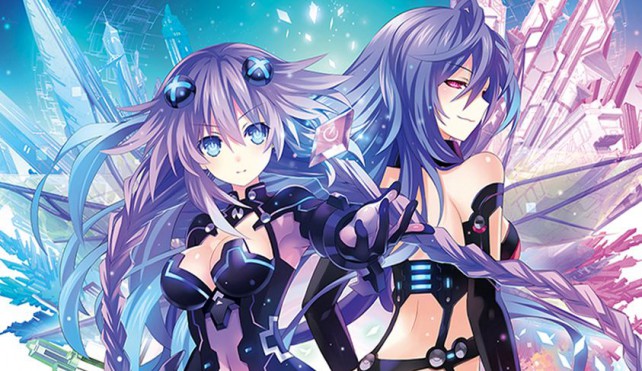 As a long-standing JRPG fan, general lover of games both on console and on PC, as well as a stupid-huge anime fan, I want to preface that I absolutely and unequivocally love the fact that Compile Hearts, in conjunction with Ghostlight, has made the commitment to bring their beloved Nep-Nep franchise to the PC. The home computer has been recently blessed with more and more JRPG ports and leading the pack with their Agarest and Hyperdimension titles. I, as a gamer, critic, and long-standing fan, thank you from the bottom of my heart. 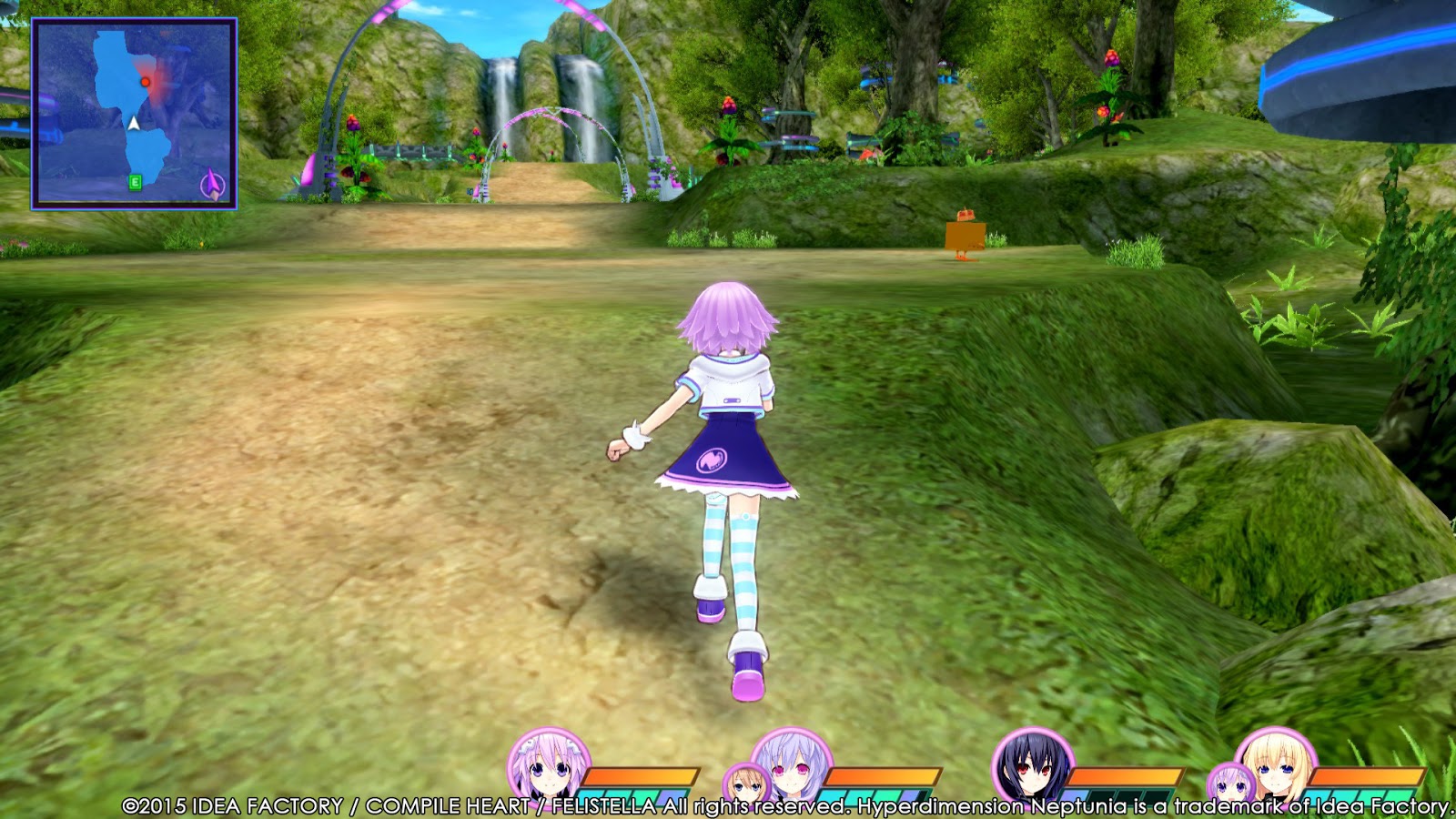 Re;Birth3 V Generation’s original Vita port suffered from insane load times and framerate drops, the PC version though, runs at a crisp, smooth 60 FPS. All with glorious high resolution textures. The downside is that I did run into numerous audio issues, however that may be related to an aging hard drive in my computer; it was bad enough that I thought I would mention it but with the added caveat that it my be hardware related. With the technical issues addressed (bless those incredibly fast load times on the PC), Re;Birth3 V Generation is a breeze to just jump in and play.

Historically speaking, the Hyperdimension titles are relatively tame when it comes to fan service (especially when comparing it to the Senran series, or the sudden influx of mature visual novels). Now being the anime fan that I am (okay, you can call me an otaku), fanservice is something I am well used to by now, however I find that the over-indulgence in Moe can be a bit too much for me at times.

Personal taste, certainly, but I find myself relatively bored when it comes to the various hot springs, panty shots, or lady-asset physics that seem to pepper JRPG franchises these days. These episodes of fanservice feel gimmicky and I struggle with them because the Hyperdimension games have solid gameplay, darn good humor, and generally interesting (if campy) stories. The Nep-Nep series does not NEED fanservice. 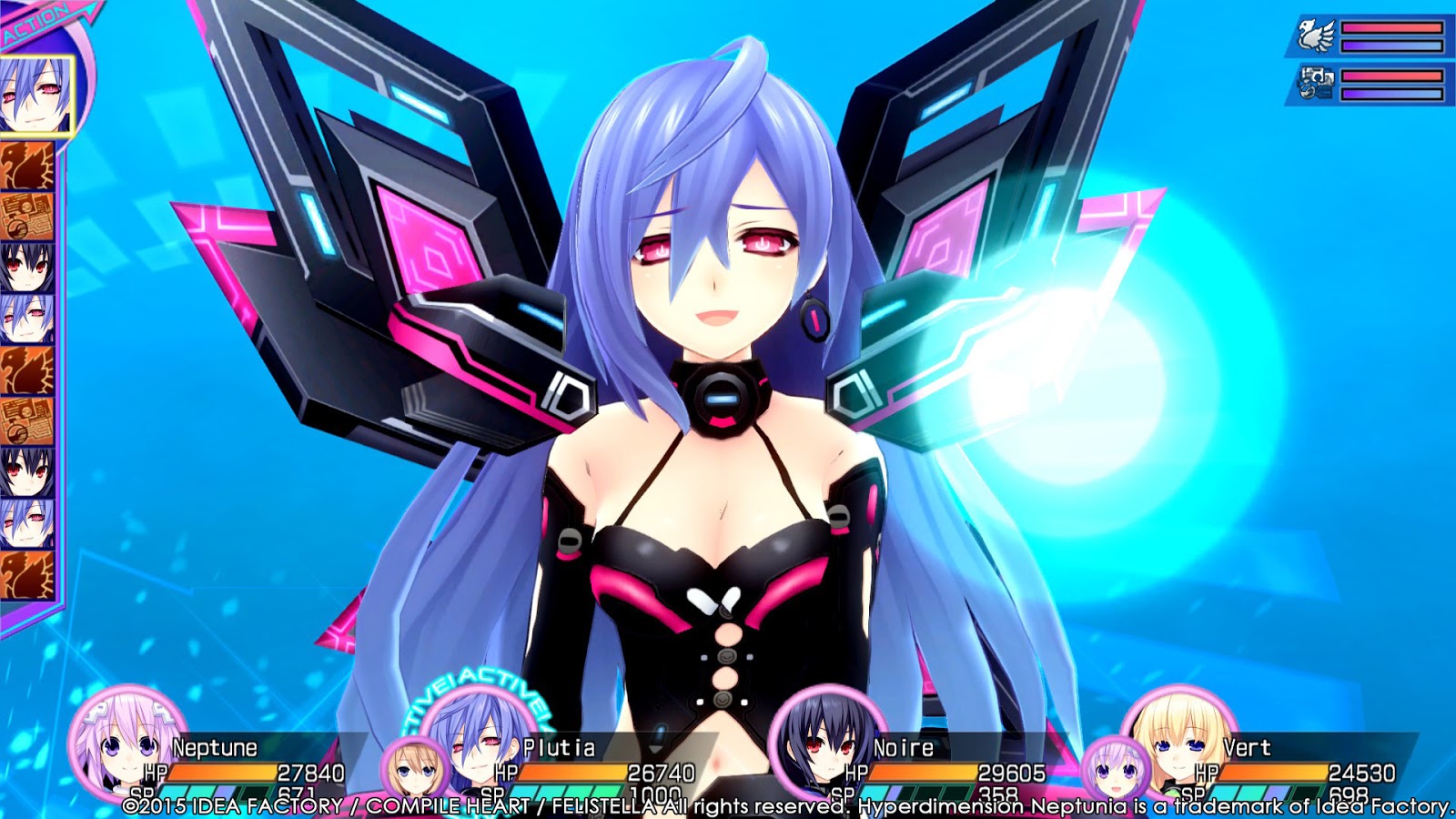 Fanservice aside, the gameplay remains largely unchanged from the previous PC ports. Fans of the series will be instantly comfortable jumping in while newcomers will find the controls easy to pick up. The biggest issue with Re;Birth3 is that it, like its older sisters, is not all that challenging or deep. Other JRPG franchises, like Legend of Heroes or even some of the older Final Fantasy titles, are far deeper with more intricate charaters, battle systems, or world lore. On bright side, Re;Birth3 is simply FUN; you can pick it up, play for a half-dozen hours, then set it aside without feeling like you have been run through an emotional or mental gauntlet. Its carefree style and attitude lend a certain light-hearted charm that other more sophisticated JRPG titles can oft-times lack.

Incredibly long and genuinely confusing title aside, Hyperdimension Neptunia Re;Birth3 V Generation is a rock solid JRPG title that proves the genre has a place on the PC platform. With incredibly fast load times and super crisp, 60 FPS gameplay, action is fast-paced and easy to get into. In contrast to the fast-pace, the lengthy cutscenes can be a bit of a turn off for some of the less story-minded gamers. However, fans of the franchise will undoubtedly enjoy the familiar feel of Re;Birth3, I know I did.