comments Share
You are reading
Lords of the Fallen: Complete Edition – PS4 Review 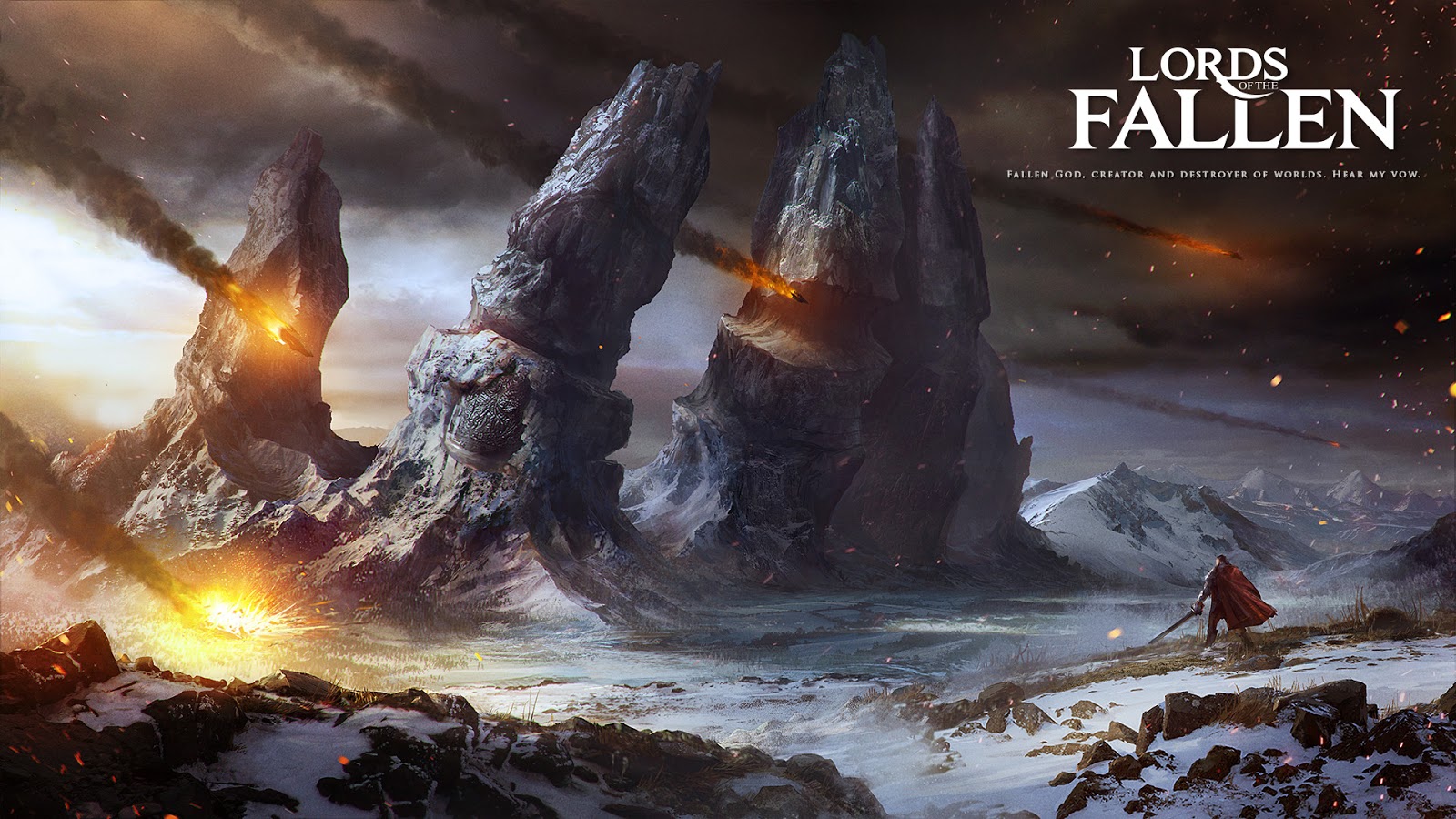 Lords of the Fallen: Complete Edition brings the underrated action-RPG title from last year back to the PlayStation 4 with access to all of the prior DLC. So with a year of patching the game under its belt and some additional items and a new zone, how does the game hold up now? Quite well, actually.

When Robert had a chance to review Lords of the Fallen when it first released, he was a big fan of the title. He played it on PC, and at the time it was clearly a very attractive game, though there we some graphical hiccups in the engine. Since then the game has received several patches, some for bugs and others to tweak how the title itself plays. For anyone who missed this title the first time along and was thinking about playing it, this latest edition is certainly the definitive one. The price is reasonable and it comes with all of the DLC, so I would recommend this.

Of course, I easily recommend the game itself as well. I am a big fan of the “Souls” titles, and Lords of the Fallen owes a great deal to those games. A reliance on action combat, where weapons have different styles and hefts that directly impact combat make this title very familiar for Souls veterans. Even the mechanic where if (really, more a matter of ‘when’) our protagonist Harkyn perishes will look familiar, as he must then rush back to where he died in order to reclaim his experience. This experience has to be spent at specific locations that serve as restoration and save point. There is no singular hub in this title, though the blacksmith’s shop often feels like one once you encounter it. Think of these stone markings as the bonfires from Souls titles. 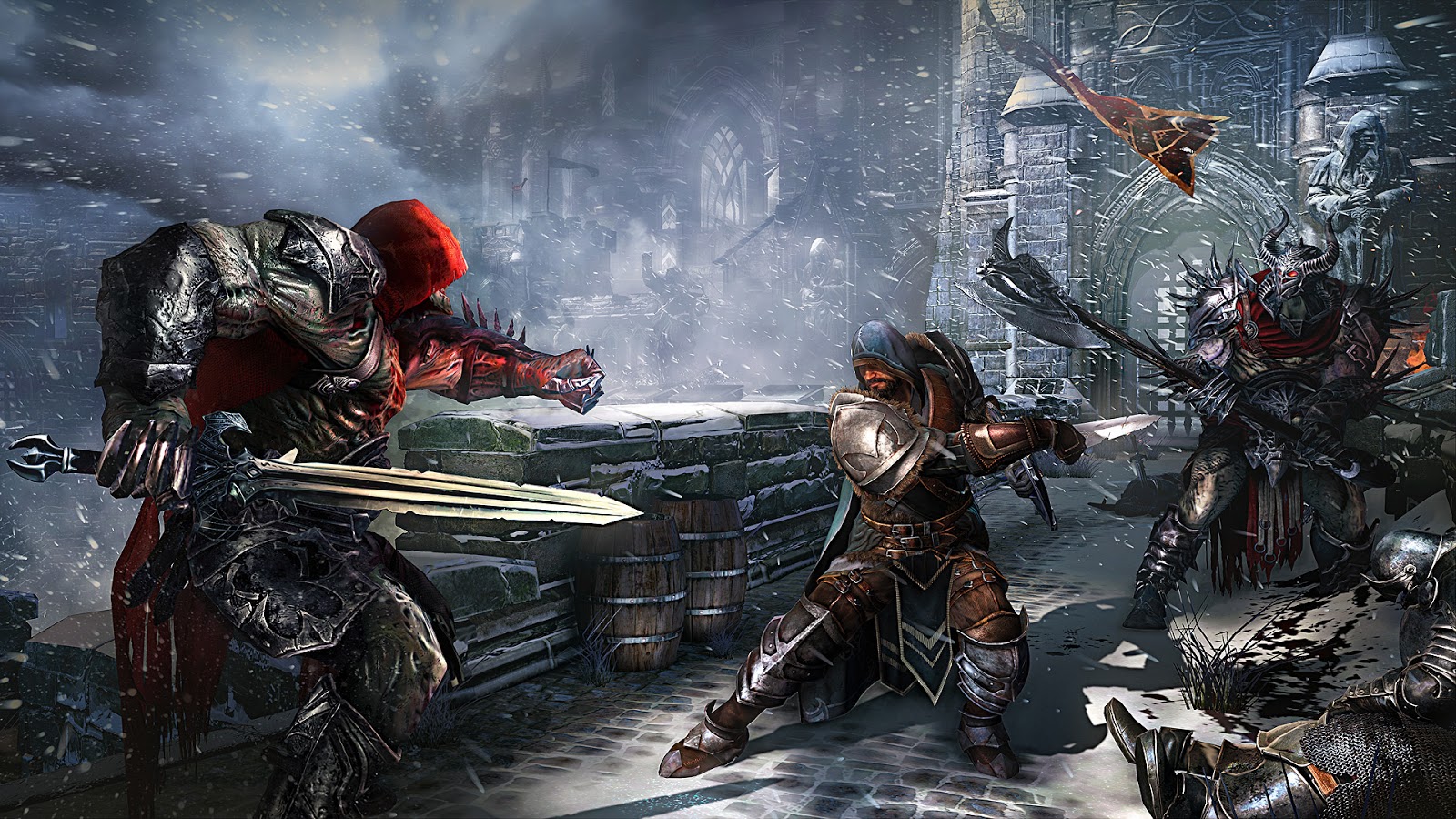 The influences are there to be seen, but Lords of the Fallen has managed to put a few wrinkles on the formula popularized by the Souls games. For example, you must hurry back to your ghost, because every few seconds some of that experience trickles away. Take too long, and you will have nothing to recover. Another interesting twist is the multiplier system. The longer you go without recovering and spending your experience, and you will actually earn extra for your conquests – up to double. I found a handful of nice areas for grinding where I built my multiplayer up to double, and managed to accelerate Harkyn’s development. Of course, there is risk and reward to be had there, as that means if you do perish, you risk losing that much more experience as well.

The world is certainly a grim one, though it feels more inhabited than that of the Souls games. Oftentimes characters are broken wretches in those titles, or ghosts or something not altogether ‘right’, and there is some of that to be had here. However, the world feels more ‘real’ or grounded in a sort of fantastical reality, because there are clearly inhabitants, and people outside of the mostly – but not completely – abandoned location the game starts.

Visually Lords of the Fallen is a brighter game as well. So much of the time spent in the Souls titles is done so underground, or in the shadow of night. Here, there are plenty of archaic passages and some dark scenes including a fight in a graveyard, but the world is a more vibrant one, and frankly I found it quite appealing to look around. Lighting effects, flickering cloaks, there is an inherent beauty to the way Lords of the Fallen has been constructed. The music is not extraordinary by any means, but it certainly is fitting with the visuals and the grim fantasy world. Sound effects do the job, though voice acting is relatively bland and only a handful of characters ever really impressed me much. 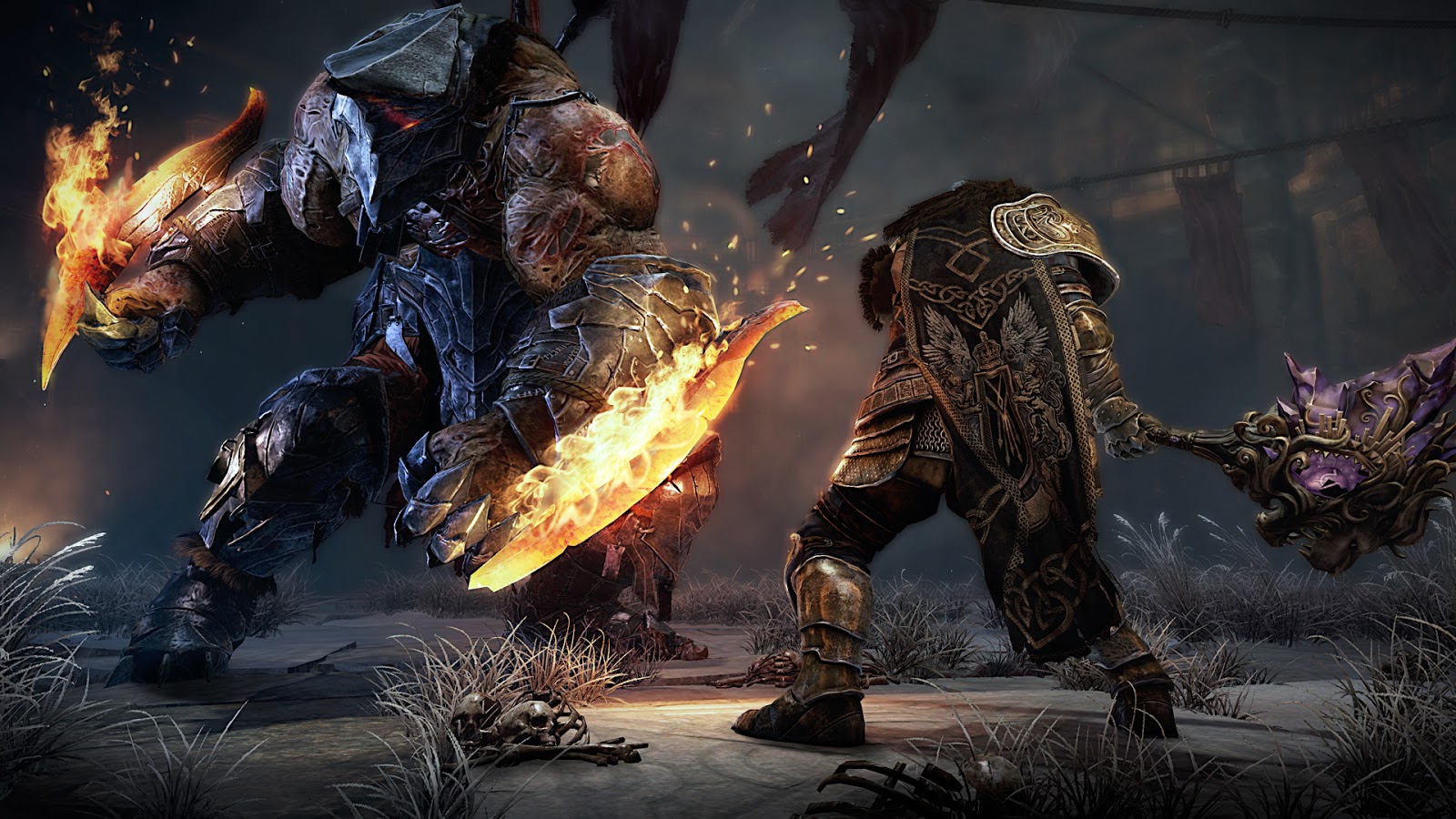 While the combat is fun, it is not as clean and precise as the Souls games tend to be. It has a very similar feel, though the pacing and sometimes the hit detection are just not as smooth. Magic is also rather overpowered here. For example, at the start of the game, you can pick one of three classes. This really just helps to set your beginning gear and your spell schools. When I first played this title on the Xbox One, I chose the warrior class. This time I opted for thief. In both cases, the magic becomes too easy to lean on as you progress through the game. The ‘Stab’ attack when fully powered up is a handy way to poke through a stage with caution, striking down enemies with little concern of being killed as long as you do not tread so closely that they decide to gang up on you.

The rune system, the weapons, the leveling and more provide plenty of hooks to keep you going on Harkyn’s adventure. This is strictly a single player game – there is no multiplayer component for battling other players or calling for help against bosses, many of whom can be pretty formidable. There is plenty of challenge to be had here, but for one last sake of comparison, I found Lords of the Fallen to be both shorter and easier than any of the Souls titles. Both times I have played it now, I was able to roll through it pretty easily in a few days over the course of a weekend. I died a dozen times or so each game, but never reached the levels of maddening frustration that each Souls games seems to impart on me at some point or another.

Lords of the Fallen: Complete Edition is the best version of this action-RPG game to date, and if you enjoy the genre then odds are you will find quite a bit to like here. It is not a perfect game, there are some flaws along the way, but I had a good deal of fun and did not regret getting to play it through a second time a year later, and I for one am looking forward to seeing what they do with the eventual sequel.