Ninja Division and Soda Pop Miniatures have done it again; they have developed a miniatures board game that absolutely blew my mind. Their latest venture comes in the form of Ninja All Stars, a board game that in many respects is similar to their stupendous Super Dungeon Explore, though felt far more like an actual roleplaying game than I could have thought. Any fan of miniature board games, roleplaying games, and/or samurai and ninja must pick up Ninja All Stars.

Many people like to hit the rules and immediately jump into the game but I cannot stress enough the necessity to take the time to read the fully covered rule book. The first half-dozen pages share the lore of the game world, Kagjima. The folks over at Ninja Division did the same for Super Dungeon Explorer and it absolutely sets up the game world and gives it far more depth than what you see on your table. The writing is superb and to top it off, it is about ninja and samurai! How cool is that!?

Once you get through the opening introduction though, you have a few pages (only 15-20 pages …) explaining the rules and then the last 50+ pages are devoted to the histories and nuances of the seven clans of Kagejima, though in the box set you get four colors of generic ninja as well as a handful of samurai. The clans listed at the rear of the Rule Book are available to purchase as expansions (and they look GREAT and are absolutely on my list of “must-haves”). Once you select your color, which face it, once you see these stellar little ninja and samurai you will say “screw this generic color, I am going to paint these things!”, you will set up your play area based on the various game concepts and move on to whisking about as ninja. 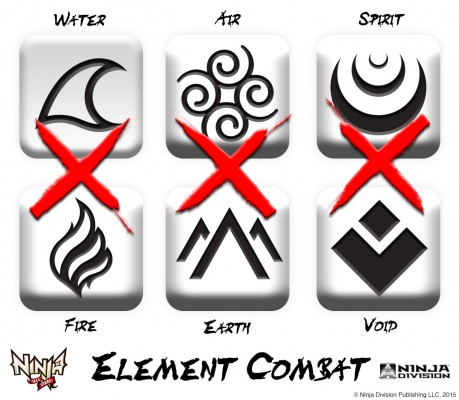 Though gameplay is complex and I found myself re-reviewing the rules nearly every single hand, it is addicting. Be warned though, this game can and will take you hours to complete. I spent just over 4 hours with three other players on our first game though subsequent games took as little as a quarter of that. Once you get the hang of things you will be burning through missions in no time and the greatest thing? Your units gain experience as you go; I have not seen any board games using a leveling system quite like that until just recently and my inner RPG nerd absolutely loves it.

Knowing which units to play and when is key as some units have higher affinity for certain “shrines” (the sacred elements of Kagejima; Spirit, Void, Earth, Air, Water and Fire) and each shrine interacts differently with the other shrines (which is part of the reason I was constantly referring back to the instructions). With the various affinity checks that need to take place and keeping movement, attack, defense, affinity, koban (cost), line of sight and a myriad of other aspects to keep in mind (like stealth or crates or poison or a handful of other status effects) really shows the need for good note-keeping. Fortunately you are provided Character Sheets; pro tip #1 … make copies. Make a LOT of copies. You will need them. 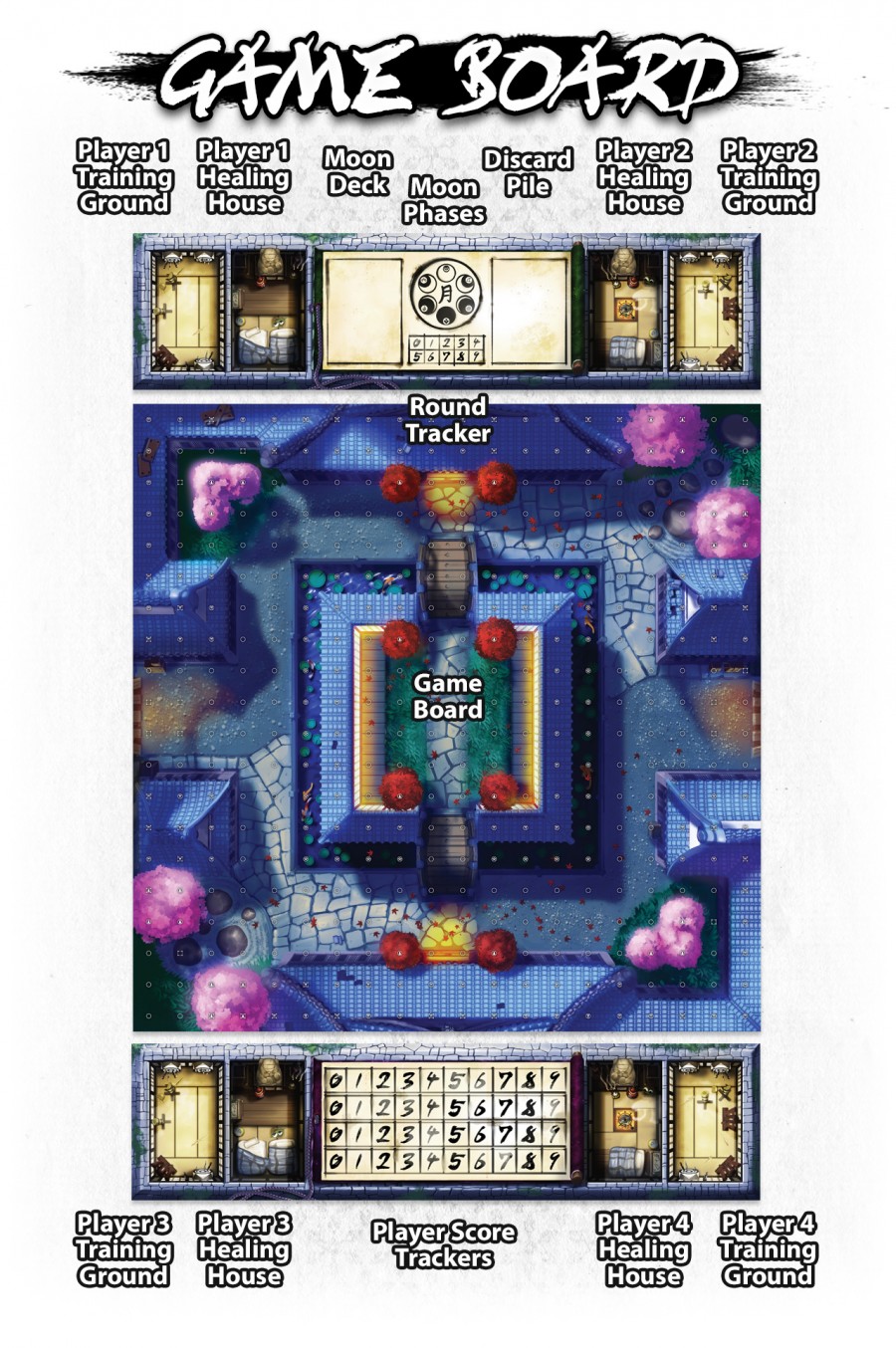 Once we got into the swing of things, the two of us that experienced the old Dungeons and Dragons versions 2, 3, and 3.5 began to feel far more comfortable (given that each of those revisions had some intense attributes that you needed to track through any particular game you played), though the less experienced players needed a bit more time to let all the various rules sink in.

Though Ninja Division does a commendable job breaking the complexity of Ninja All Stars down to something that mere plebeians like us can understand, this is not a game for beginners. Intense, challenging, and at times frustrating, Ninja All Stars is brutally fun; I personally likened it to one of my favorite RPG series in recent times (Demon’s Souls and the Dark Souls games) in its level of difficulty but good lord the sense of accomplishment when you finish a game will absolutely have you coming back for more. So fun in fact that were I able to put a board game up for Chalgyr’s Game Room’s upcoming “Game of the Year” article, I absolutely would add Ninja All Stars to the list. Mark my words, I WILL be hunting down the expansions.