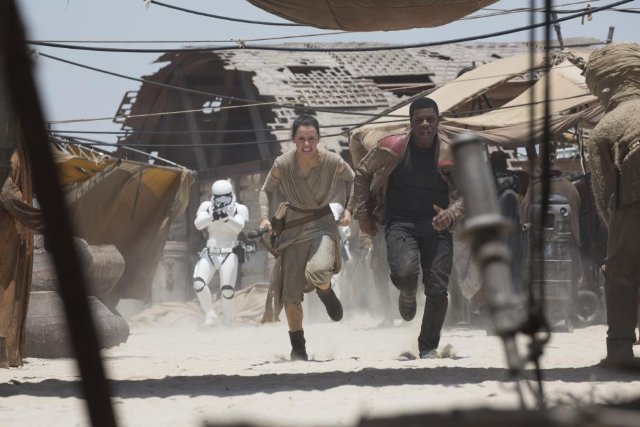 I am an admirer of Darth Vader, whom I consider to be much more than a super villain with amazing powers; I have enjoyed several Star Wars video games; I consider the Star Wars universe to be a source of almost infinite inspiration; I have even bought a stormtrooper stuffed toy (the little guy is so devoted to his duty, he never leaves his post!). On the other hand, I wish the movies were more adult and had better choreography and plots. So, my relationship with Star Wars is complex: I was eager for the seventh episode although I didn’t have high expectations, especially after the last three productions.

Surprisingly, I liked the first half a lot; it consists of a long, exciting chase taking place in many locations. New characters are introduced and meet each other, there are many action sequences with impressive visuals and smooth, fast camera motion and the heroes struggle to escape.

Daisy Ridley is very good at her role, a brave, resourceful girl who has a great destiny ahead of her, provided she lives long enough to know it. She makes an interesting couple with John Boyega, who plays a storm trooper who abandons (you could also say betrays) his corps and decides to help the resistance, mainly because he is fond of Rey. As for Harrison Ford, his comeback is welcome and his character adds charisma to the mix.

The direction and visual effects are excellent. For example, when Rey and Finn board Han Solo’s airship and are pursued by two enemy fighters it is fun to see them performing impossible manoeuvres over the desert and firing with the ship’s blasters. I also appreciate the fact the “Force Awakens” doesn’t seem so full of cgi as the previous films.

There is some nice humor too, e.g. when Finn says “stay calm…stay calm…”, the rebel pilot answers “I am calm” and Finn replies “I am talking to myself”. The plot is simple but is full of important developments and kept me hooked. 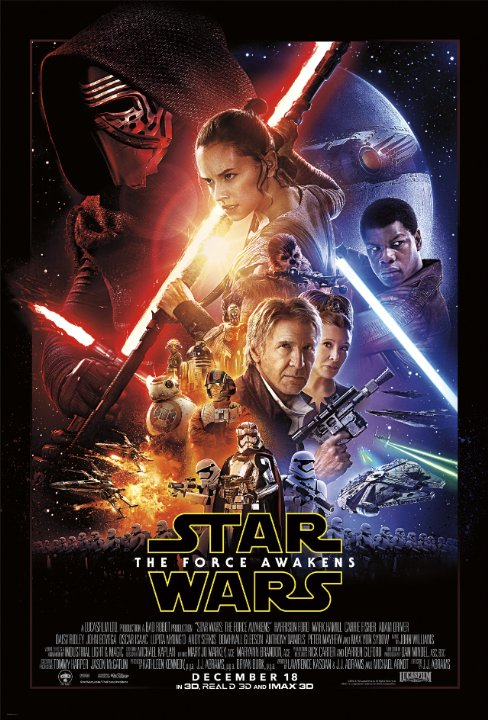 I cannot say the same for the second half though. Finn proves to be useless to Rey, who does everything successfully on her own. Another reason is the lack of a decent choreography between warriors with lightsabers. Moreover, the scene where General Hux talks to his army almost having a seizure reminds of a nazi concentration (the red and black banners are no coincidence), which is silly for Star Wars. And did we really need that odd barkeeper talk about how the Force embraces everything etc? I could have slept during her monologue.

Another thing that annoyed me is how the new robot, BB8, appears in every shot. I realize it is crucial for the story and it even becomes funny sometimes, when it interacts with Finn. However, when Rey goes down a cellar to discover a big secret, and BB8 follows her, making a heavy sound as it carefully climbs down the stairs, I thought “this creature is distracting”.

A serious issue is the weak villain, who is slashed by a stormtrooper. No wonder he is no match for the heroine in terms of telepathy, telekinesis and swordsmanship, although she has received no training. All she has to do is close her eyes, relax and then kick his butt so badly I felt sorry for him. That’s an idea for the sequel, the stormtroopers are searching for their vanished master, who is terrified of the idea he might face a Jedi again. 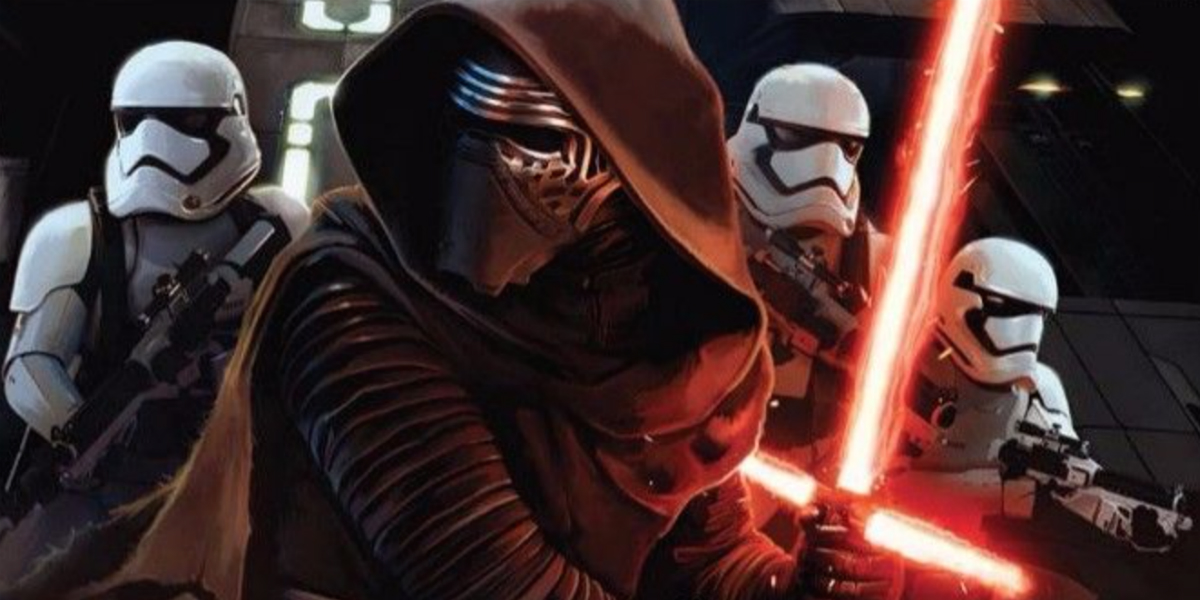 Most importantly, the second half lacks innovation, as major concepts are taken from the previous films. The “corrupted father and good son” idea becomes “good father and corrupted son”. Not only is this a copy but it also barely works since I never saw the father and son together, so I didn’t care about them being separated either. Another plot line which is developed too fast is Finn’s story, who leaves the stormtroopers and falls in love with Rey immediately. I suppose if he had done some nasty things before changing sides the audience would not have been able to accept him as a hero (in cinema, heroes must be perfect, above human limits). However, this would make him more complex and interesting; even when his identity is revealed there are no consequences. Thankfully, the villain has this kind of depth, as he is constantly tormented by his choices, like a tragic character.

The other copied main idea is the bad guys’ plan and how it is stopped: a construction reminding of a death star (the characters even make a joke about how there must be a way to blow it up), a rebel force attack, an air battle, a chase in an artificial  tunnel, a weak spot, a huge explosion. I expected something different, not the same story with better graphics. As a result the climax didn’t capture my attention.

Star Wars the Force Awakens would have been complete if its creators had spent more time on the plot. However, it is a spectacular adventure, with fast pacing, likeable characters and a variety of locales and special effects. Even people who usually don’t watch such movies will probably enjoy it. I give it a 7/10 and would rate it higher if the second half was more unpredictable or if I hadn’t watched the old Star Wars movies.