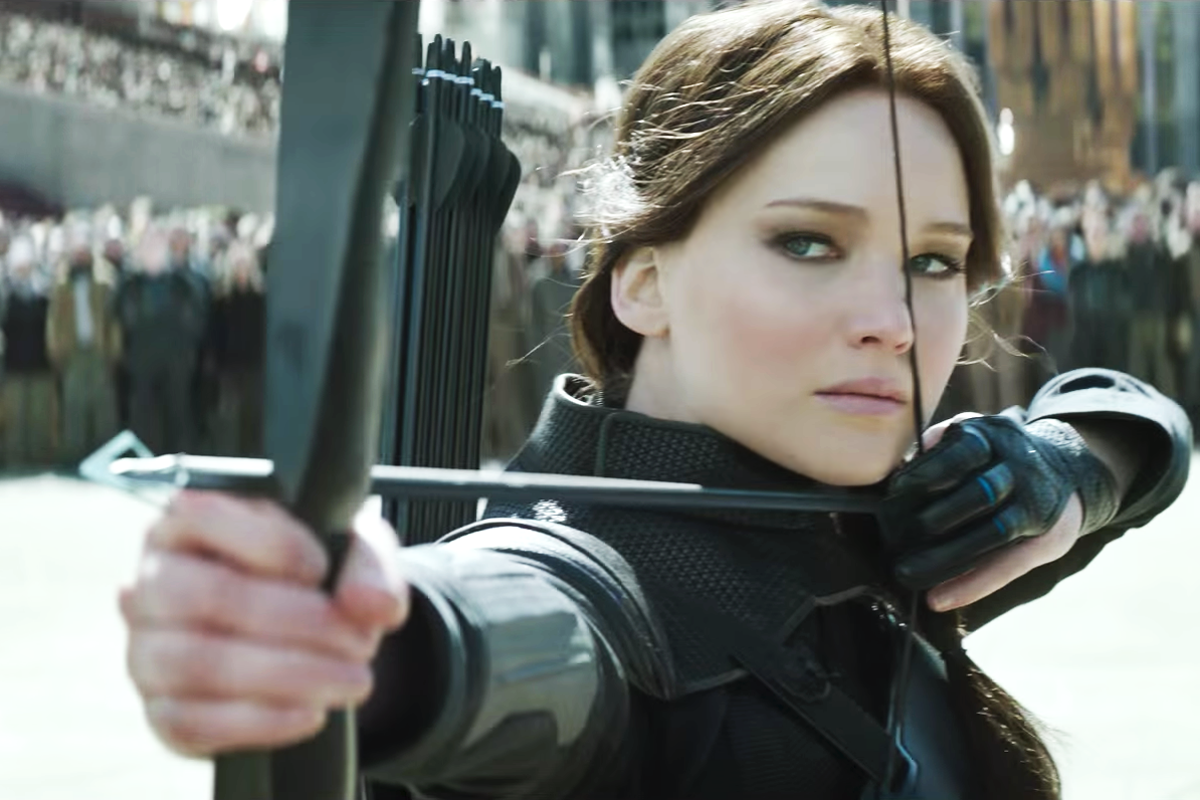 I haven’t seen the first Hunger Games, which is probably, according to what I have surmised, the best of the series. I have found the sequel to be entertaining but I thought the third installment was empty. So, I was not expecting much from the fourth and final adventure of Katniss Everdeen.

The movie starts slowly and frankly, without a lot of excitement. Then, there is some action in the form of traps the heroes must avoid while marching to President Snow’s mansion. Unfortunately, even then Hunger Games: Mockingjay-2 doesn’t become worthy of its fame. With some exaggeration, I could summarize the plot as follows: Katniss worries about Peeta, gets shot, worries about Peeta, almost gets drowned by a huge oil slick, worries about Peeta, kills some zombies (reminding of “Maze Runner 2”), worries about Peeta, is caught in an explosion, twice, wakes up and learns the war is over.

So, it is obvious what problems the movie has: not enough action, too much focus on Peeta, although anyone who knows human psychology understands that Katniss will choose him, and a heroine who is the symbol of a revolution that happens mostly off screen, e.g. the Capital was much more powerful than the rebels in HG 2 but is collapsing in HG 4. Katniss wastes time making video clips (I don’t care if it makes sense in the movie world, it still is boring) and a lot of the story is about people speaking in front of cameras and microphones (at least this shows how important propaganda is, even if you are fighting for a good cause).

In addition, the haircuts and make-up are often distracting and Lawrence doesn’t have the passion needed for such a role. Is it her fault or the director’s? I liked her when she played a girl struggling to survive in a brutal game but as a source of inspiration for an entire nation her performance was not deep enough. Most of the time her face was expressionless, as if she didn’t know what she should be feeling, and when she shouted “aim your weapons at Snow” I was hardly convinced. On the other hand, the plot doesn’t help her either. 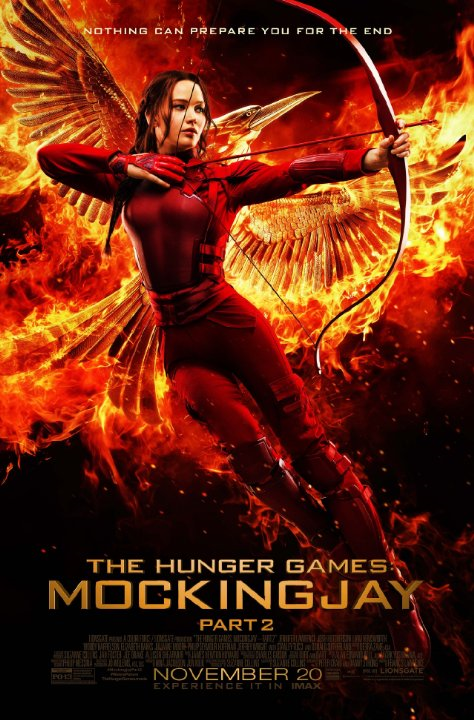 So, why am I giving this a 6/10? Well, I love the idea of a simple girl rising over the circumstances to fight an authoritarian regime, armed only with her courage and bow. Sutherland is perfect as President Snow, a cunning, ruthless man. Having Katniss’ clothes being burnt at the end brings the poster to mind but things don’t happen as you expect. An important person dies heroically and I felt sorry for him. Lastly, I was impressed by the ending: it shows how today’s savior, who “slays” the tyrant, becomes tomorrow’s tyrant. I also paid attention to Coin’s words about the necessity of the Hunger Games as a means to release tension and avoid all out war, by sacrificing a few selected individuals in a ritualistic way. That’s what happened in very ancient societies and it can happen again if the foundations of a society are corrupted and there is danger of returning to chaos.

To conclude, Hunger Games 4 is flawed. Its plot doesn’t even make sense, since Katniss risks her life and the lives of her friends to achieve what the rebels are close to achieving anyway. The movie lacks action and the romance is meaningless. However, I found its political implications very interesting. Katniss didn’t fire many arrows but her last shot was unforgettable.