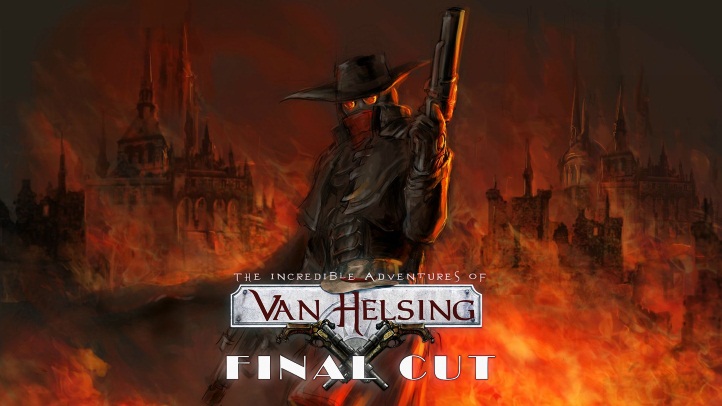 Neocore Games have now unleashed the mother of all Hack and Slash titles. Combining the Incredible Adventures of Van Helsing I, II, and III into one large and action packed title, return to the realm of Borgovia where mad science meets the supernatural and the unknown. No longer barred in separately released instances, join Van Helsing (Jr) and his ghostly companion the Lady Katarina as they return to the city of Borgova for a much longer stay that incorporates changes, upgrades, and enhancements as the whole trilogy can be experienced in the same playstyle with one of six classes.

To start off, Final Cut is in and of itself an amazing idea. Each portion of the trilogy showed off the levels of improvement in each new instance that were learned from the previous entry. Taking all three and no longer keeping them separate from each other was a bold move as each instance on its own holds an enormous amount of content. What could make Final Cut that much more enticing for some on top of being able to play through the trilogy with the same same character / class for the first time is that this fully fledged version of the trilogy is free for owners of all three original entries.

With not all launches having gone as smoothly as planned, one thing has always been clear. The forums were watched and the devs have always been there attempting various solutions and patches for those that could not connect up or even launch the software essentially not quite resting until the initial rush of issues was over. Having gone the direction of a closed beta this time, the launch was much smoother than before with even newer features such as cloud saving through a Neocore account as well as an 8GB Texture Pack for higher resolutions. Be warned however that the texture pack is not for the fainter of computers as it requires at least 6GB of RAM in order to run smoothly. For some, or a lot of people in this day and age, that shouldn’t be an issue. For others though, especially those with aging computers and laptops should be wary as even without it Van Helsing’s Final Cut does take a decent rig to run this beast. 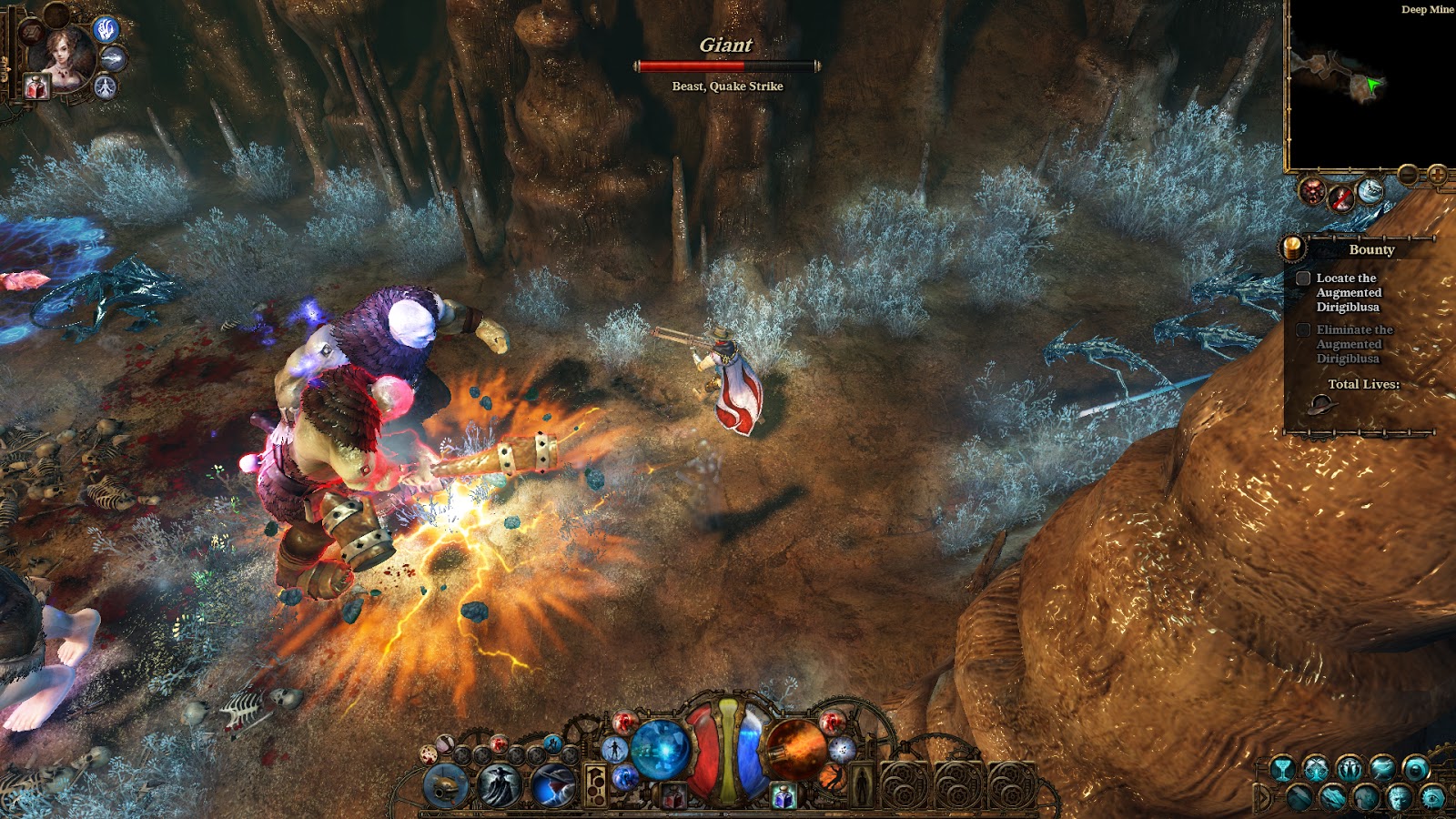 Making a return are the six classes from the third entry each with some re-workings of their own. Each class has a distinct play style almost guaranteeing something for everyone with different options for close, mid, and long ranged combat to tackle the hordes of monsters between Van Helsing and his goal. As with any Hack and Slash title, spending a bit of time with each or even completing the first chapter will give an appropriate idea of how well the character itself suits you before moving on to the later chapters and instead deciding to start another class.

There’s no hiding my love for mechs as that was how I originally finished off the third entry with Van Helsing’s Steampunked version. Trying out some of the new versions of the already tested classes however left me seeing just how much reworking had been done in certain cases bringing a new level of refinement and scaling to the experience. Skills in certain cases such as the flamethrower and rocket swarms now hide behind a level twenty barrier essentially allowing foes the chance to survive until then as they became higher tiered skills.

Having gone this route felt like a bit of a step back from the third entry at first. Originally having allowed for any of these classes to choose any skills on their path to destruction was in a single word, awesome. Now having three full installments to tackle however it would in some ways break a game of this size as some skills would simply never be used. With this in mind, having gone back to a system that requires at least a skill to be learnt in order to essentially further evolve it while not being ideal, makes sense within the larger context and much higher level cap. 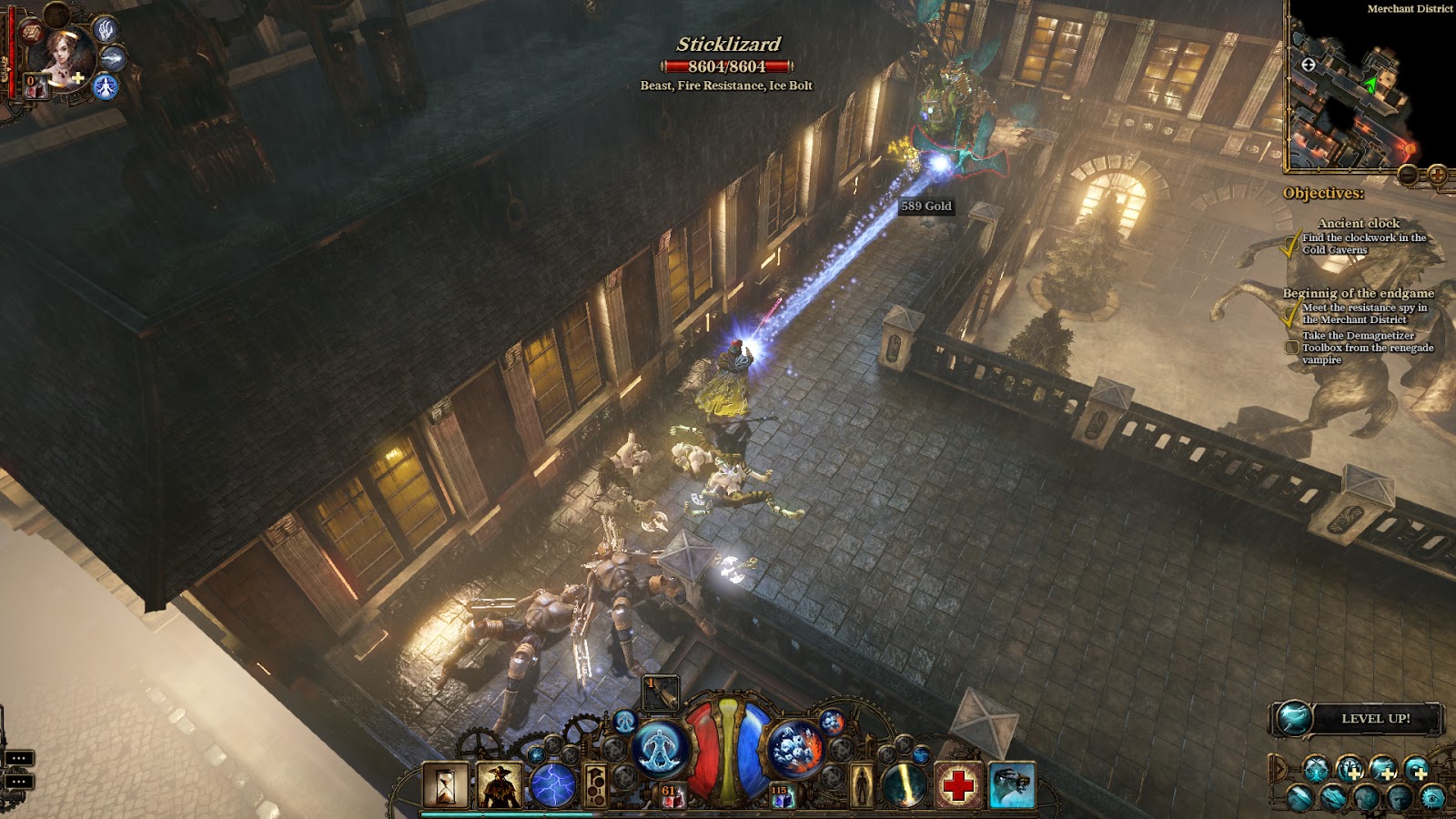 Along the lines of changes are also stat points which have been dropped from four categories to three. This makes leveling up stat points easier as not only are there less categories to worry about, but each category is named differently per character giving an idea of exactly what it affects before hovering over for more details. Having reduced the amount of categories has also reduced the amount of points available for allocation however it does balance out with the three categories now covering a wide range of attributes.

Controls have always been easy to use in order to maximize Van Helsing’s battle capacity. Made available from the beginning this time around though is the option to continue as in old school styled with a mouse and a keyboard or to plug in a controller for a much more relaxed sitting arrangement. Both control styles are optimized for efficiency when running around the fields and putting monsters in their place but where things can get a bit iffy at times is when Van Helsing dives into his inventory menus with a controller. This takes some getting used to and not everything is exactly where it could have been.

With the mouse and keyboard setup, accessing the inventory, skills, or journal is quite easy with nothing more than the press of a key. With a controller though there will be a lot of cycling around by hitting the trigger buttons and not every window is exactly where you would expect it to be. The Inventory window essentially sits in between the Skills and Character menu making leveling up take a bit more time as more cycling has to be done that maybe should have been. What is a nice touch is that Katarina’s skills and stats are on the same page but her inventory is just a subtab to Van Helsing’s making it easy to equip both as needed without extra cycling effort. It all boils down to time and familiarity of the page locations. 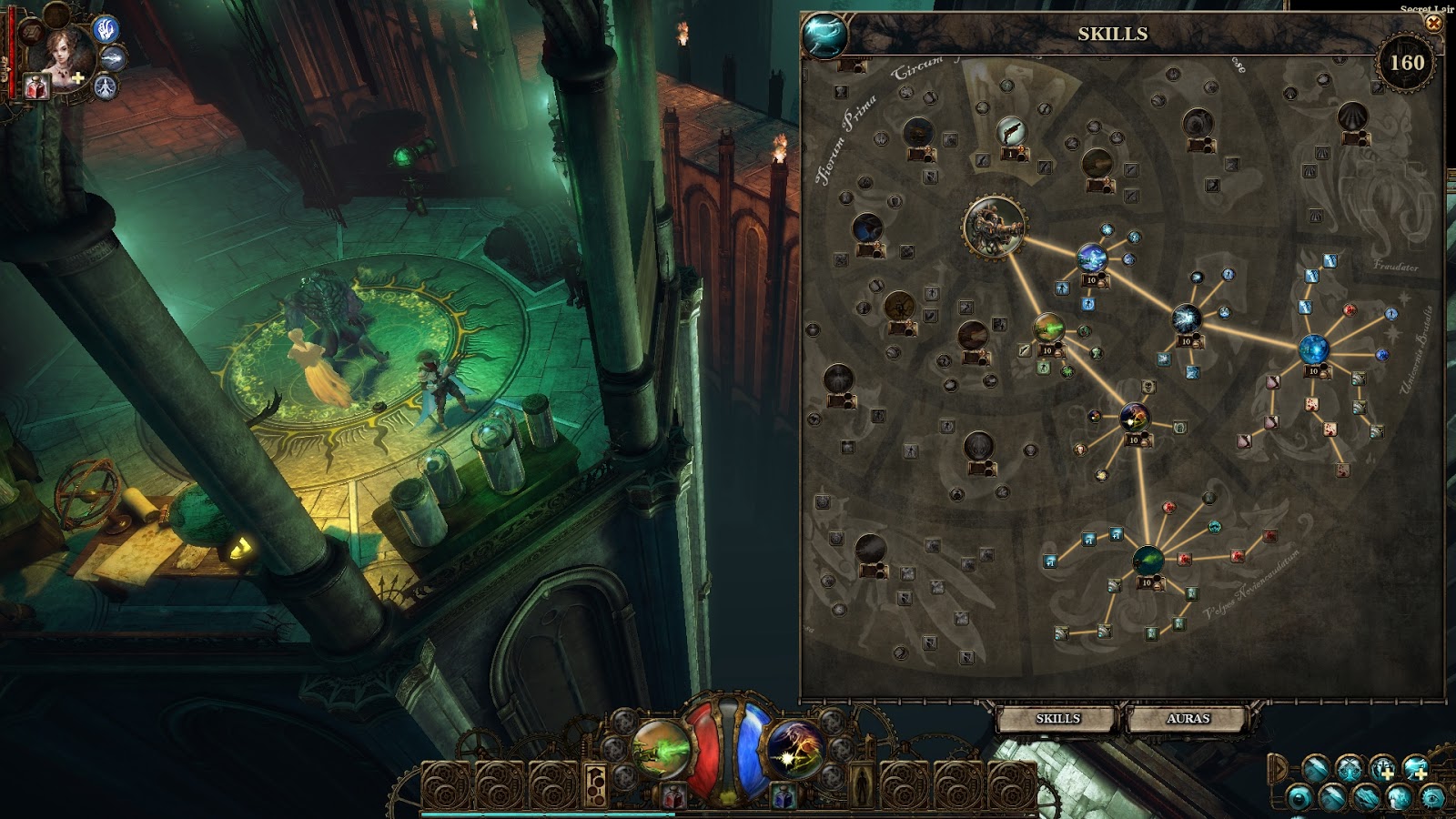 Multiplayer has always been interesting within Van Helsing because it offers up some interesting features depending upon where your friends are located. Making a private game is easy enough with passwords or if you want anyone to drop in leaving it open is just as easy with the easy setup for either Story or Adventure Mode. Still making its return is one of my favorite features that allows for players within the same local network to ignore going online and simply playing through their own LAN as both options will appear.

As I mentioned previously, Final Cut is going to need a decent machine to run it. As it stands currently, loading up the game can take me anywhere upwards of a minute or two in order to get into the main menu. While my Player 2’s machine is on equal footing in regards to computer stats, its newer parts show a difference in speed as she can load up Final Cut in under thirty seconds. Once the game is loaded however there are no issues regardless of having a texture pack installed or not. It just takes some time getting into the game in which people should let run instead of thinking that it crashed on them.

The Incredible Adventures of Van Helsing I, II, and III were all great entries on their own and they are just as good combined together into one package for maximum destruction of anything and everything that lies in your path. With one of six modified classes from the third entry that allows for a decent range of versatility both solo and in multiplayer, dive back into Borgova without needing to wait for what happens next and everything is now at your fingertips.