TagsMicrosoft Xbox One, NeocoreGames, review, The Incredible Adventures of Van Helsing, Xbox One 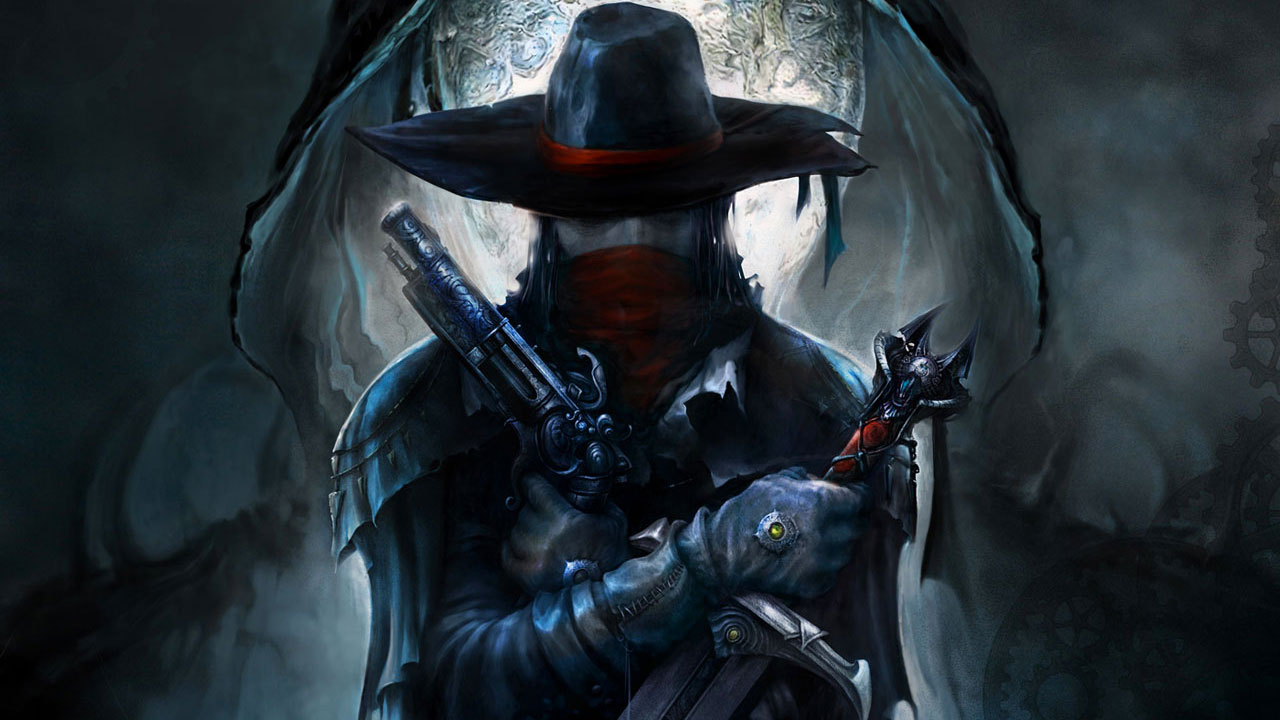 Having already been released on the PC, we have given a good deal of coverage to the Van Helsing games. How about its console release? It is a decent action-RPG that is held back by a handful of issues that are impossible to overlook, and take some of the luster off of what is otherwise a fun game to play.

For a title that first release on PC back in 2012, NeocoreGames took its time bringing this to the Xbox One. By comparison, The Incredible Adventures of Van Helsing has now had two sequels as well as a final cut that brings additional content together in one neat package on PC. While it has been quite a wait, the core game is certainly appealing.

You take on the role of the titular Van Helsing, who is off to aid a people his famous father once assisted years ago.  It is a rather thin plot, but one that helps to get the ball rolling well enough. Before long our hero’s caravan is waylaid and things begin in earnest from there. It is clear that the team here at NeocoreGames cares a good deal about
this game. Fallout and One Ring references exist here, as well as a few
other cultural nods along the way. It is just a shame that the story itself is never given this much attention. 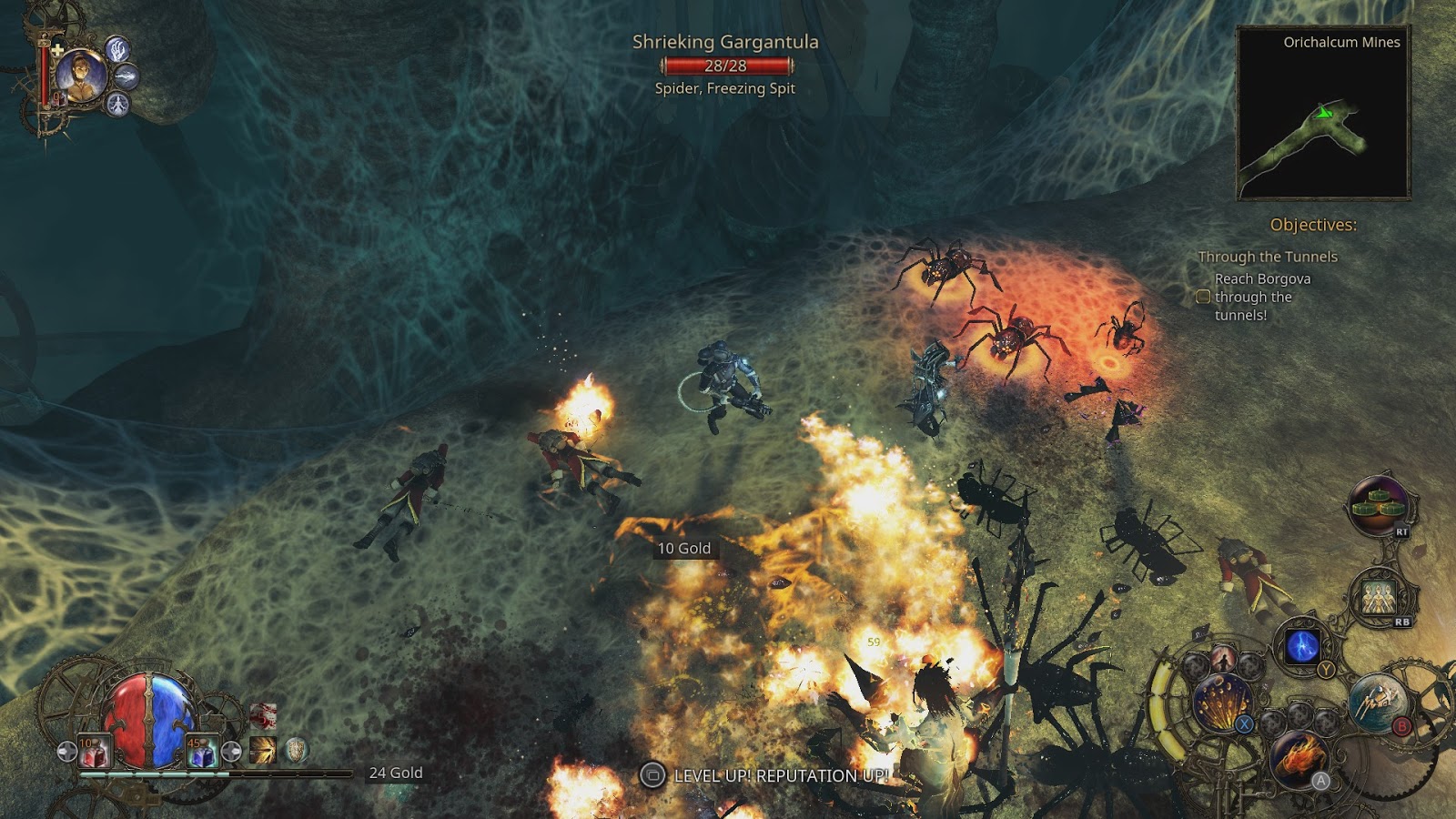 For anyone who is familiar with the somewhat top-down action-oriented RPG gameplay of the Diablo games, you should feel right at home here. Everything transitions to the controller quite neatly, with movement mapped to the left stick and the right stick used to spend Rage on powering up other attacks. From there, everything else accessible with various buttons. The action is quite often fast, but it handles quite well via a controller once you get used to it. During the early stages, I needed a little time to adjust to the control scheme, but after about thirty minutes, it all came pretty naturally to me.

The presentation is best described as ‘solid’. The graphics are pleasant, but never amazing. The soundtrack is actually quite enjoyable while playing, though it never really stuck with me when I turned off the game. Like the underbaked story, the voice acting never really appealed to me either. There is very little ‘wow’ factor to be had here, as there are times where Van Helsing simply looks older than it is. It is generally technically proficient, though there are some issues that creep up now and again as you play the game. Perhaps none more so than through your companion Katerina, Van Helsing’s useful companion – at least when she works. One of the biggest oddities is that she sometimes just seems to ‘get stuck’ not doing anything. It does not happen often, but the game attempts to overwhelm you through sheer volume at times, and Katerina too often finds herself sitting things out when I could have used her help the most. 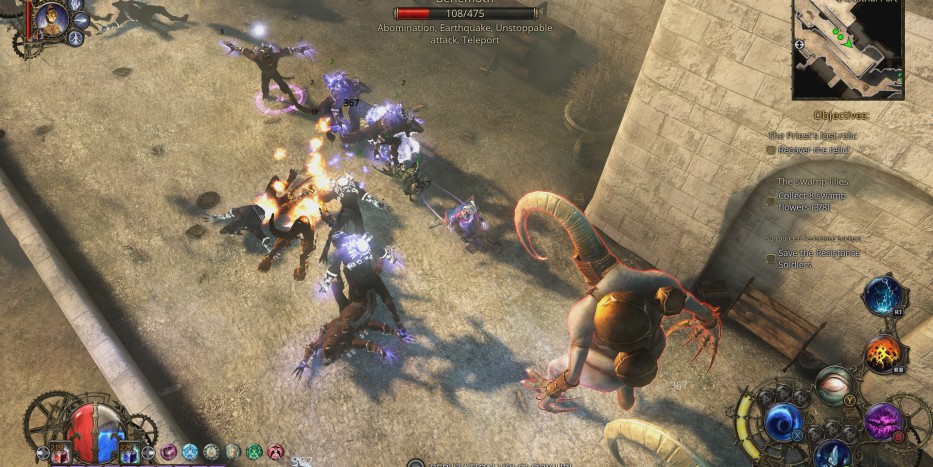 The level design is good and varied, providing enough reason for you to want to see more. Side quests are not new and creative, but they provide adequate reason to explore more of the world along the way. However, the game is at its best when you are spending your experience improving your character. I certainly found this sense of progression to be the most effective hook, as I enjoyed defining Van Helsing’s abilities and making him more powerful. In theory, different classes would have helped too, but despite the game itself being a Gold freebie on the Xbox One this month, the classes are behind nominal pay walls that seem a bit high for what you are getting.

I would argue that The Incredible Adventures of Van Helsing is a more complete product on the PC. It certainly works for the Xbox One, but some questionable companion AI (and later in the game, general usefulness) holder her back and the need to buy alternate classes is a little strange. The combat is fun and character development helps to stave off repetition for the majority of the journey.