comments Share
You are reading
Thea: The Awakening – PC Review 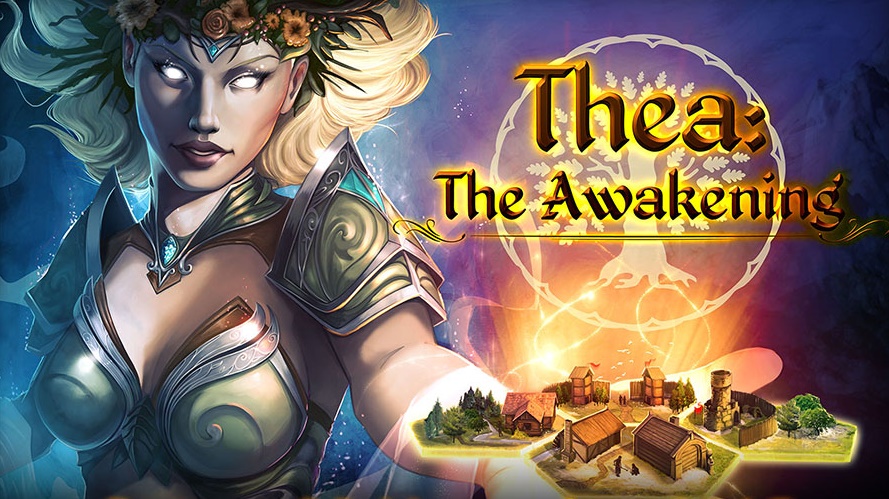 Thea: The Awakening is one of those surprise title that came out of nowhere for me. I had seen a handful of things about it prior to release, but I had no real idea what to expect when I fired it up. At minimum, I was hoping for a solid 4X strategy title – but Thea: The Awakening is far more than just that and one of the best surprises of the year, even if it is clocking in late in 2015 calendar.

This is a turn-based strategy game with some 4-X sensibilities. However, Thea: The Awakening manages to shake things up with some cool ideas brought in from some other genres, to create a surprisingly fresh take on things. The setting is an interesting one, set after a force known as The Darkness has managed to engulf the world. While the setting is fairly ambiguous and hardly the most creative, the writing is generally solid and it helps to set the stage for what really matters here – the gameplay.

Like most 4-X titles, you can handle things several different ways. Diplomacy, covert operations, exploration/domination or even just sitting back to build up your own culture – the option is yours. The hexagonal style of turn-based strategy is another hallmark of the 4-X genre, with worlds that are generated each time you play a new game. Where the conventions turn on their head slightly is the way units are handled. Not as disposable as those found in most games, you can use them to gain experience and even be equipped with the resources you gather. I like the feeling that some of my more elite units get to persist in this fashion. However, unlike a lot of 4-X titles where you are attempting to expand and create new cities, here you are really responsible for a single village. The survival of your villagers is very important, and it adds a survival element to the mix. 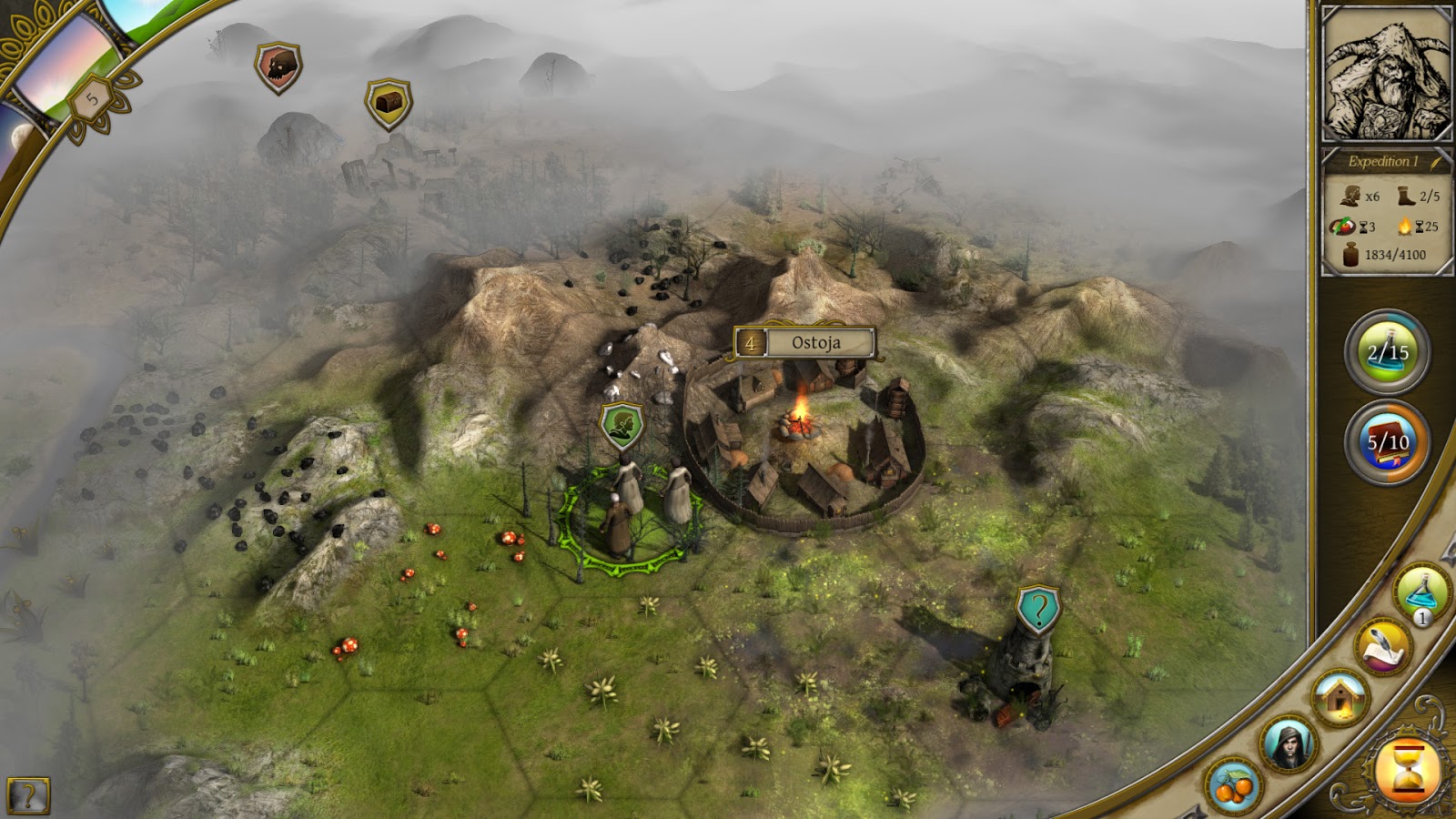 This is important, because resource gathering goes well beyond just having enough coin to build a structure, or enough food to feed a military unit. There is a crafting component to the game as well (which lends itself to the aforementioned arming of units). This can lead to some interesting min-maxing for people who like to try out new things and craft bigger and better items. Taking into account the way a metal or wood core component impacted what I built was always interesting and encourage me to try out a good number of different things.

Lots of different monsters help to add variety to the combat and exploration, and there are a large number of story events that can occur. These go beyond just basic things like: this settlement is not fond of you – so pay a tribute or they will attack. These, along with the generated world, help to make new play sessions feel unique from one another, greatly enhancing the replay value. In addition, there are different endings, and while the story was not this title’s strongest point, it is still a nice incentive to dive and and try to make things happen differently.

One of the other unique aspects to Thea: The Awakening is the card system used to resolve everything from combat to diplomacy. As a huge fan of collectible card games, I like the idea here. It is a somewhat dense system that is not easily described, but it adds a level of tactical variety to combat and other challenges that goes well beyond the often random nature of combat in other strategy games. In a game like Civilization, I felt completely at the mercy of unseen dice rolls. Certainly there are elements of luck at play here, but I felt as though my decisions carried a great deal more weight in combat. 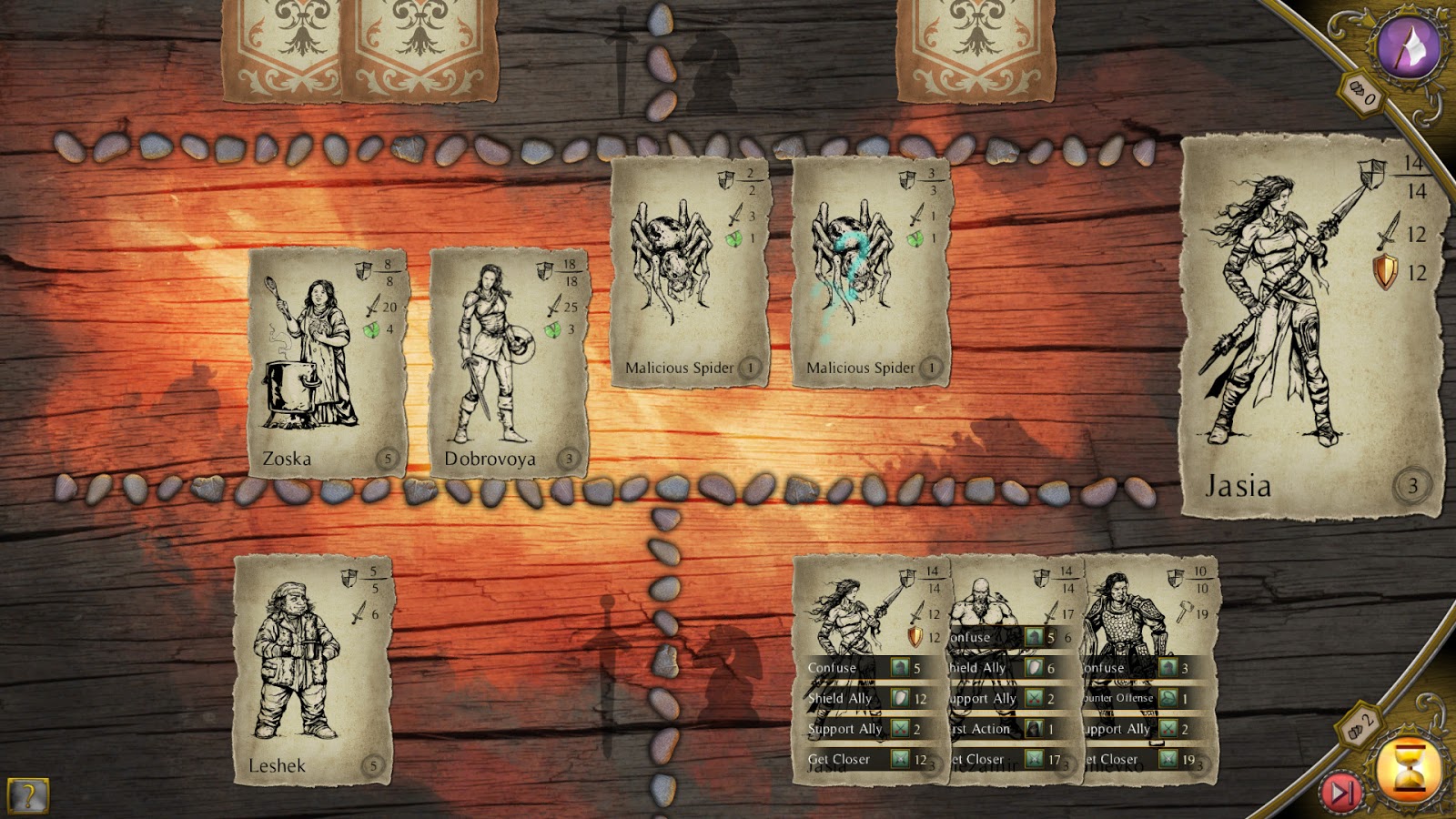 Oftentimes when a game starts to merge genres together, you hope that the different parts work together to create something solid. However, it is not unusual in these instances to find a system lacking in some way, as though the mechanic was under cooked. Here the card system is excellent, the 4-X design is fun and the crafting component is entertaining. Each of these items holds up well on its own, and they come together nicely in the final package.

A handful of minor bugs, and visuals that failed to really impress me hold the package back slightly. I would argue that the difficulty has a tendency to be unbalanced, as items completely outside of your control in those random events can sometimes begin to feel unfair – as though there was nothing I could do to protect myself from the event. However, without these events the game is actually rather easy. It is almost as if the team had some trouble balancing the difficulty and relied on these events to even things out, but it leads to some mixed results.

Thea: The Awakening is an excellent strategy game that blends RPG elements with an interesting card system that gets more right than it does wrong. Now that the title is out of Early Access and ready for release, 4-X strategy fans should give this a one a try. It is very addictive, containing enough of that ‘just a few more clicks’ gameplay that caused me to come back for more.