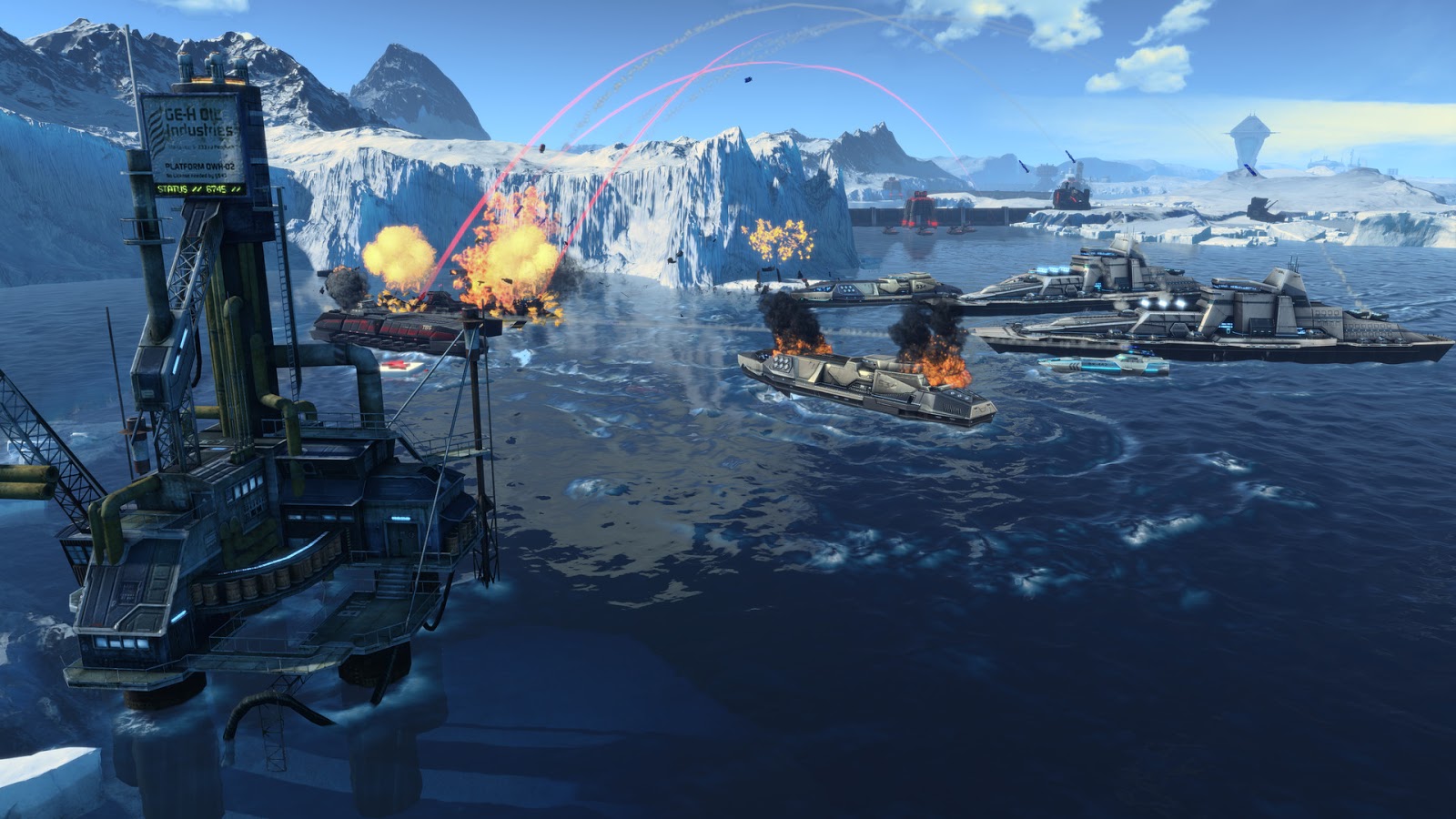 Ever wonder what it would be like to be the CEO of a mega corporation? We’ve all had those dreams of wearing the $9000 suit with your Italian leather shod feet resting comfortably on your custom mahogany desk you flew in from some jungle, a snifter of rare whiskey resting next to them as you sit back contemplating how awesome you are. It’s the American dream (and to a degree the Canadian dream as well) to be so rich that you only have to worry about building another garage for your high powered sports car collection. Now imagine you could take that company almost global, heck, you could take it the moon, literally! Anno 2205 lets you live that solidly corporatist, material dream of owning a chunk of the planet with more money than you know what to do with, while competing with other mega corporations to be top dog and helping poor people when it suits you.

It’s an interesting mix of economy/city builder, real time strategy combat, and story driven missions.  You play as a promising global corporation that gets selected to be involved in the Lunar Licensing program which aims to build a fusion reactor on the moon to pipe power back down to the earth. The three phase program involves building up an economic stronghold in a temperate zone, then expanding into the arctic and eventually onto the moon itself to acquire the rare resources available in each different biome and complete the fusion reactor. Your employees are your main source of income and the higher the level your workers are the more money they provide you. In turn, each promotion level requires you to satisfy their base, advanced and luxury needs, forcing you to expand your production into increasingly complex goods.Each biome provides unique resources needed to advance your employees making trade between the sections, and the world market via the space station, essential. 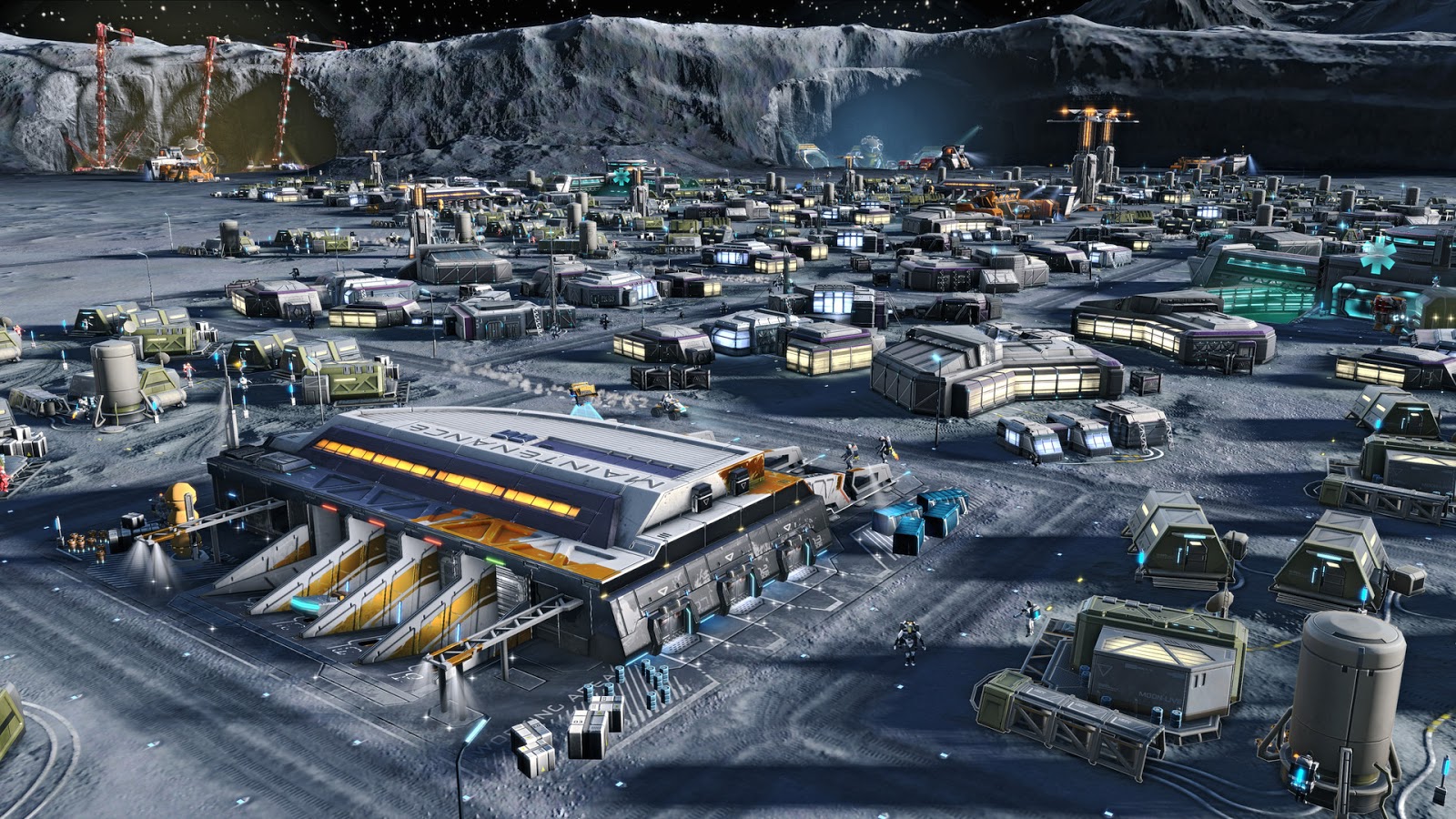 While you’re building up each section you can complete various tasks for rare goods used to upgrade your factories. There are also section objectives available, such as repairing an ancient dam or creating Arctic sea routes that provide large bonuses in power or resources. These quests are your typical fetch and carry requests that make you wonder just how lazy these people could possibly be. Surely they can go get their own boxes of food to throw a fancy party from the space station less than 10 seconds across the map! I found most of the quests were eye rolling at best and not really worth doing unless I absolutely needed the resource being offered as a reward.

Every once and awhile I would be unable to resume my economic conquest until I completed a story mission. Often I was so focused on the building aspect that I forgot about the story, only to groan at the reminder that I must now desist my min-maxing of my production line and go blow something up (#FirstWorldGamerProblems). Some native inhabitants of the moon decided to resort to terrorism to keep you from exploiting their precious hunk of rock for resources. They take out a bunch of arctic climate stabilizer thingys that would put the whole sensitive system in jeopardy. Unfortunately you can’t just shrug and leave because the people who are giving you access to the arctic zones and it’s resources “ absolutely need your help” to stop the “terrorists” because they are “utterly defenseless”. 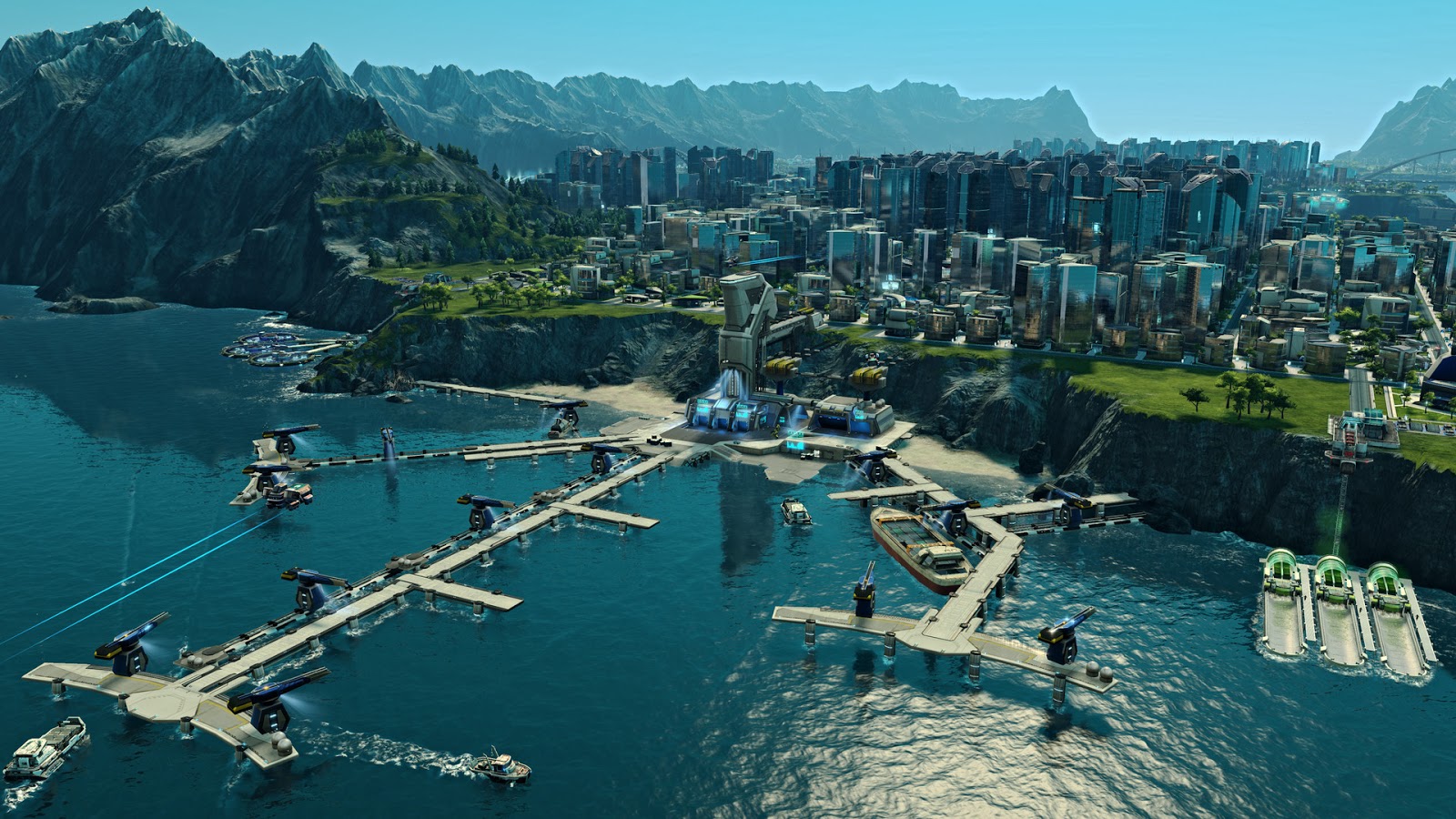 Honestly, I sympathized with the moon people, I was the bad guy in the whole altercation. I looked at their energy producing capabilities like an advanced nation looks at third world oil reserves. The whole story felt tacked on and wasn’t at all engaging. Nor were the naval battles you had to complete to finish the story line missions. Yes the explosions were great but every map looked the same with only the number and strength of my ships and the enemy fleets providing any kind of change. Seriously, we can live on the moon, we have the technology…where are the space battles?

Anno 2205 is an amazing city builder that takes a different spin on things and lets you create a vast empire. However, a better, more engaging storyline, possible one where you’re not rooting for the “bad guys” and more interesting missions would have made for a much better experience. It’s an example of trying to do too much and only succeeding at some of what you set out to do.