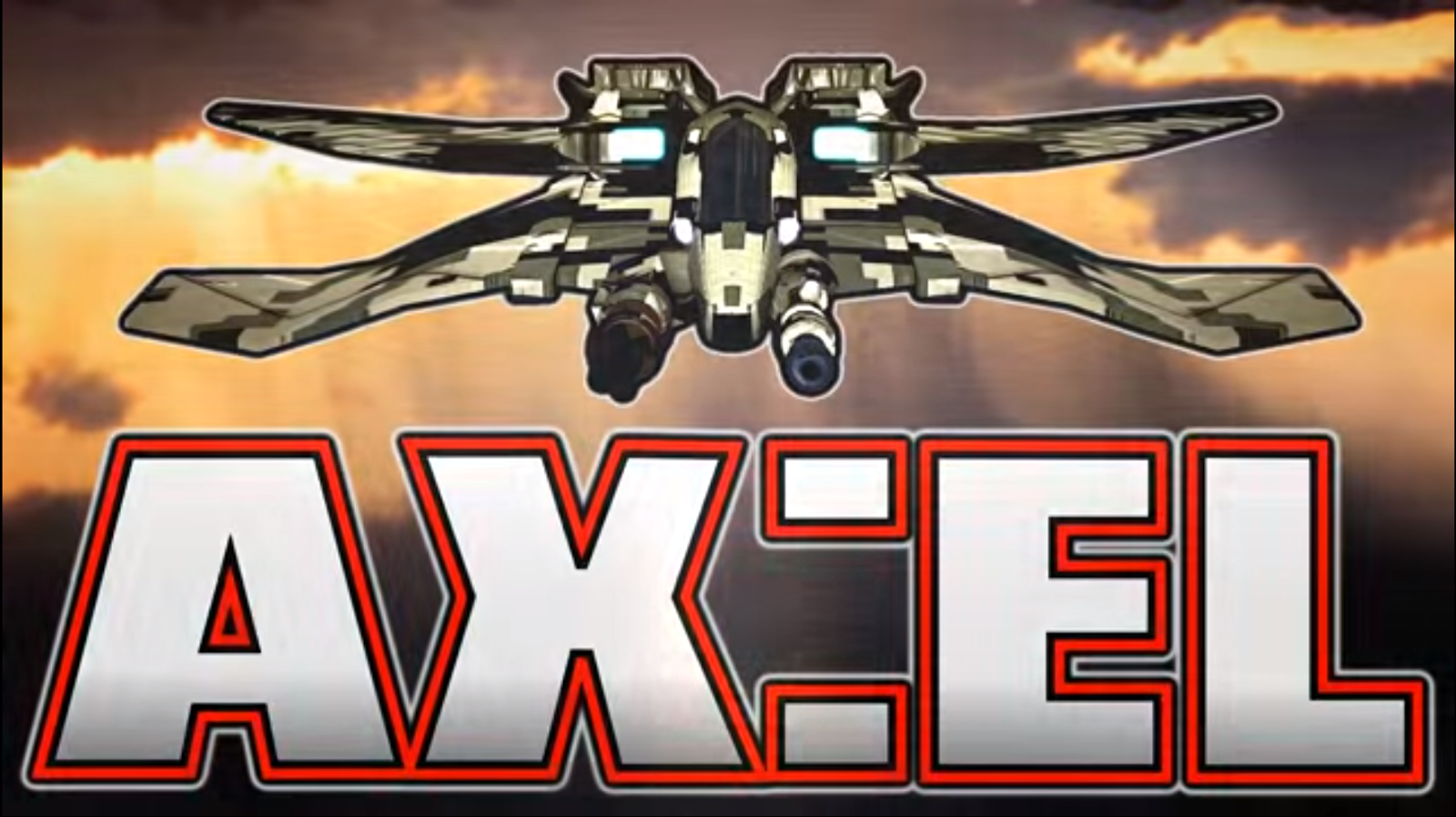 AX:EL – Air XenoDawn is impressive, as it is the labor of love from a single developer. It works well, bringing some new elements to the aerial dogfight genre. The single player does not hold up quite as well as the multiplayer, but XenoDawn woks well more often than not.

The narrative is relatively thin, with some backstory about how humanity has discovered a rare form of living metal called MsM. As with anything rare and useful, instead of banding together to make the most of it, it becomes a resource that everyone fights over instead. Your unnamed pilot is in command of a unique ship crafted from said MsM metal.

The single player component of the game sees you piloting through several missions. Some of them are more interesting than others. I did not much care for some of the simple navigation ones where it was all about precision piloting as AX:EL – Air XenoDawn performs best when it is all about the dog fights. The aerial combat is far more interesting than simply piloting in and around landscape, but then the landscapes themselves really are not all that varied and interesting. 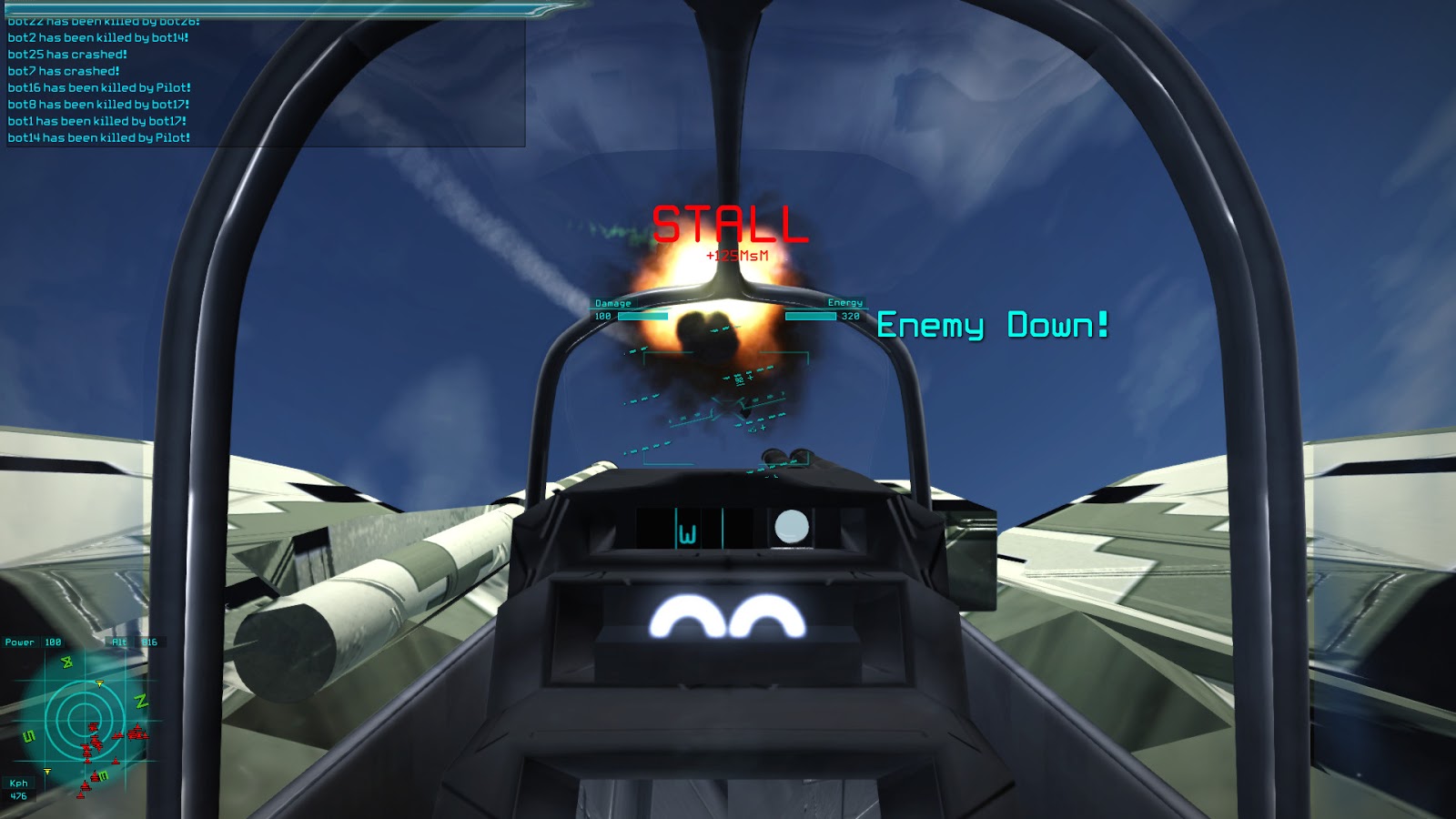 One of the cool ideas in this game that never really pans out is the idea that you can move over and under the sea. Aerial combat is all well and good, but usually in games like this, plunging into the water means a cold, icy death. Not so here, as your ship performs just as well in the water as it does in the sky. Here in resides our primary problem: other than the appearance of a blue water filter on the screen, there is really no difference between combat whether you are in the water or above it. I would have expected some additional drag, maybe some unique obstacles or considerations, but there really is not much of note.

Another missed opportunity was the lack of really creative underwater terrain or life. The stages were underwater is a requirement and part of the mission structure hold up far better than the more general missions. It is as though the developer took more time with the stages where he knew you would be underwater, than the ones where nautical combat is simply an option. This makes sense of course, but it is still a bit disappointing. 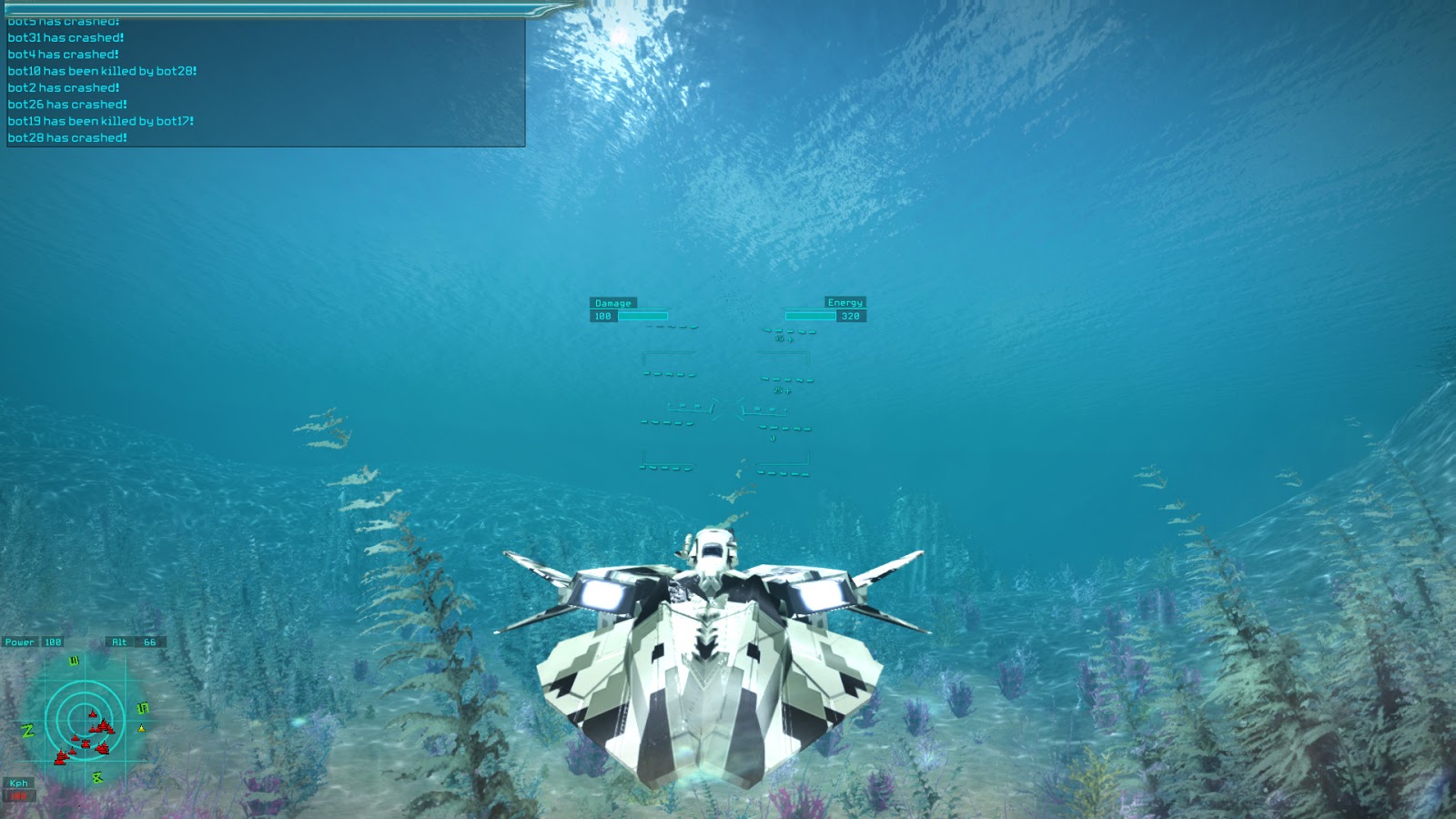 Now where AX:EL – Air XenoDawn really shines is how much fun the aerial combat is, especially when playing against other players. There are several different options for customizing your ship. Of course, any time you have customization, you have balance concerns. Some of the weaponry is simply more effective than other options. A good number of the customization options are also little more than cosmetic, but they work well to keep you coming back for more.

Weaving in and out of the sky and water to engage in combat with your opponents is a lot of fun. There is an impressive amount of freedom in your movements and the customization options certainly help the replay value. For a one man team, this is a very, very impressive effort. The visuals and sound could be more engaging, some weapons render other ones basically useless and the level design is something of a mixed bag, but all in all AX:EL – Air XenoDawn is worth looking into if you enjoy this kind of flight and combat simulation.