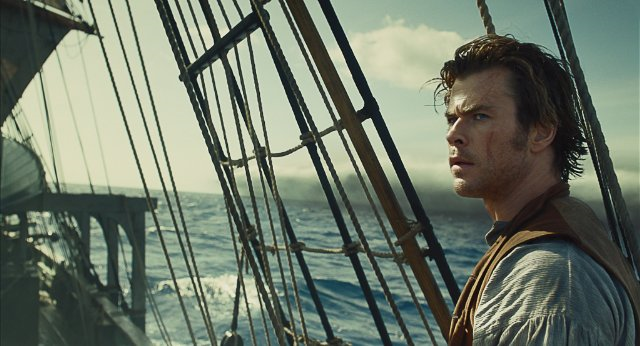 I didn’t have high expectations from “In the Heart of the Sea” although it is inspired by a famous book and I am a fan of Chris Hemsworth. This proved to be a good thing, because I enjoyed the film.

The story is about a brave man who sails off from a small American city to chase whales aboard the Essex ship. So, we see his relationship with his loving wife, his captain, who becomes his antagonist, and his crew, who admire him. What makes the movie different is the fact the ship finds a whale that is not only gigantic but demonstrates unnatural behavior too, being vengeful like a human.

I appreciated the direction and cinematography, as the scenes aboard the ship or the boats are realistic and impressive, especially during a storm or when a catastrophe happens. The enormous whale’s appearances are memorable, e.g. when you see it from above.

Hemsworth plays well, as is usually the case, and is convincing as a husband, a hunter and a leader. Benjamin Walker impersonates the captain, who is inexperienced and insecure, while Cillian Murphy has the role of the hero’s best friend, who is determined not to repeat his past mistakes. 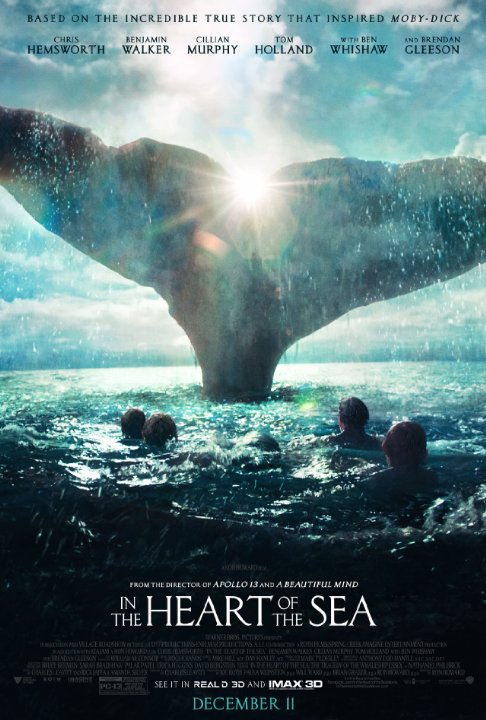 The story has some interesting ideas, about greed, jealousy and arrogance, or nature’s destruction because of progress. The last scene with the whale is enigmatic, as the creature seems to have acknowledged it has caused the humans more pain than they deserved and does something really unexpected.

The movie has one major problem: the story is narrated by a man who survived the sinking. This affects the atmosphere and pacing in a negative way and also decreases the time given to the characters to develop their personalities and relationships on board. In addition, the narrator does not let the viewers interpret what they see. For example, the Essex sails very far from the coast to kill whales and the narrator explains the captain and Chase were led by greed; or an important person reveals, unexpectedly, the truth in front of a committee and the narrator says he wanted to have his conscience clear.

Finally, I would like to mention that the whale’s first meeting with the Essex is also the last, which means there is limited building of tension. The climax takes place too soon and afterwards the movie turns into a survival story, which is interesting, although some events last very little (for example, the crew’s staying on an island).

“In the heart of the sea” could be more exciting if it was more focused on Chase, the main character. However, the presentation, performances and several story elements make it worth watching. Perhaps, one day I will read the book too.