comments Share
You are reading
Inside My Radio – PS4 Review Run. Jump, Dash. All common themes in platforming games, but Inside My Radio does a nice job of throwing something very new and fresh into the genre. That is not to say that the title does not have a handful of small issues, but by and large it rises above those concerns with its challenging, addictive gameplay.

I tried to think of another game that I could describe as a ‘rhythm platformer’ – but nothing really came to mind outside of when Marc reviewed this same title on PC some time ago or the game Sound Shapes. At first blush, Inside My Radio has you doing things you have likely done a million other times in video games. Run, jump, jump off of walls, dash across the ground and through the air as you try to avoid death at the hands of enemies and merciless level design and contraptions.

There is a catch however, and it is a notable one – all of your moves have to be done in time to the beat of the music playing in the background. Hammering away at that jump button won’t work – you have to time not only the beat, but when you plan to use it as your character propels towards the edge of a sudden drop. Variety comes in the form of differing music depending on the level in question. The style of music changes, but primarily so does the thumping beat that drives your actions. 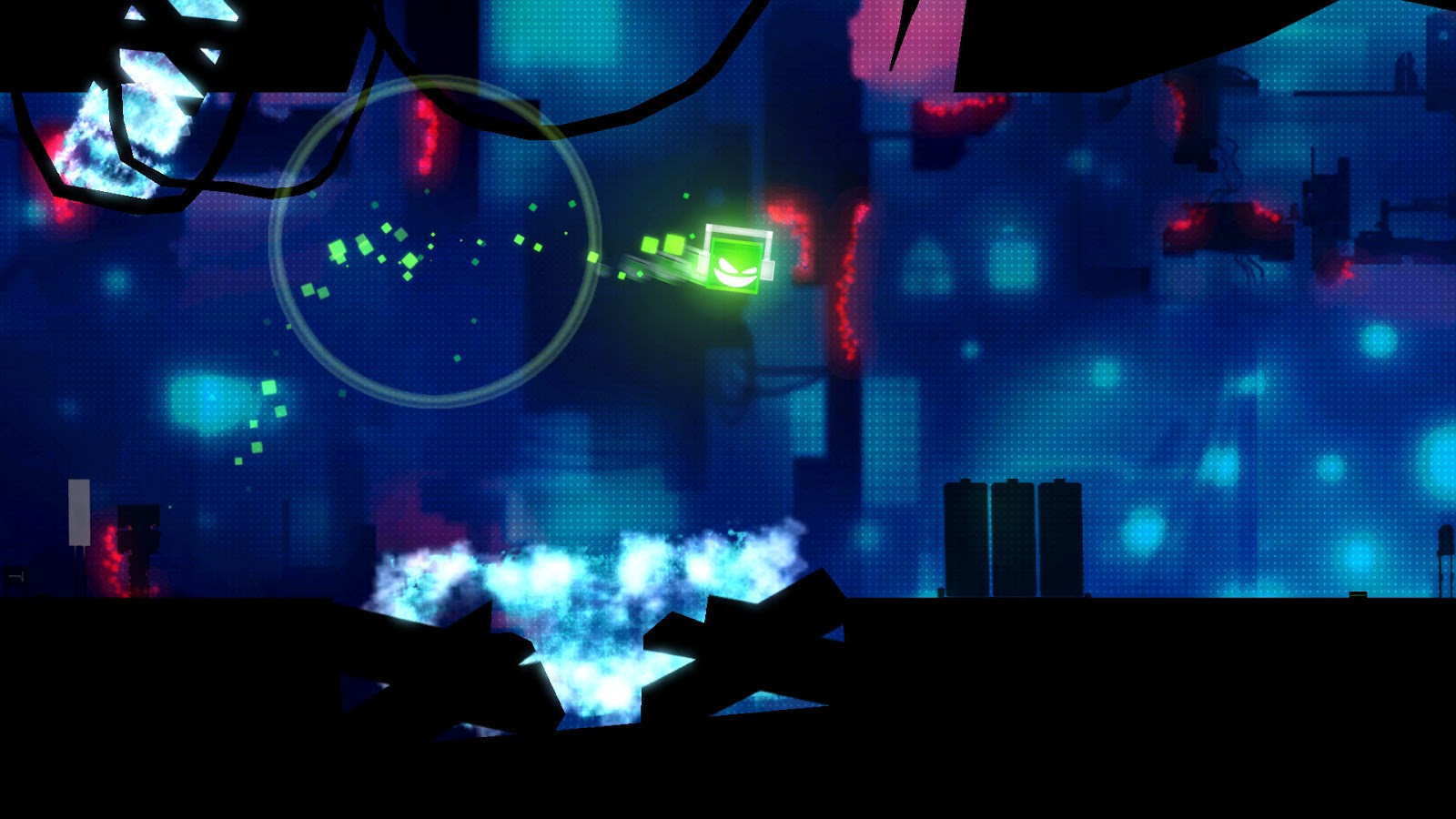 In a way, platforming games often have a unique pacing all their own. You learn how to dash and jump at the last possible moment. Games with double or wall jumps teach you to time the moves perfectly. Inside My Radio is doing the same thing, but with even less room for error. This can create some frustrating stages. I absolutely could have done without the anger-inducing first chase scene. Similar to what you might see in other platforming games of this nature, there are stages where your character is running from left to right, being chased by a large monster that will eat your face should you slow down too much. Of course, timing those jumps is even harder than normal, and I had to do that level over and over (and over and over) again.

Boss battles throw a wrinkle into the gameplay, becoming almost strictly a rhythm game where you have to press the right face button at the proper moment to continue through the fight. The first stage or two takes it easy on you, letting you learn the basics. Later in the game? You are going to be combining wall jumps with dashes with ground pounds, all to a specific beat. It is frustrating, but also quite rewarding when you pull it off. To help things along, there is an indicator you can turn on or off. This indicator sends a couple of small circles up and down and they reach an apex above or a spot below your character right when you are ‘on beat’ – and hence able to pull off your moves. 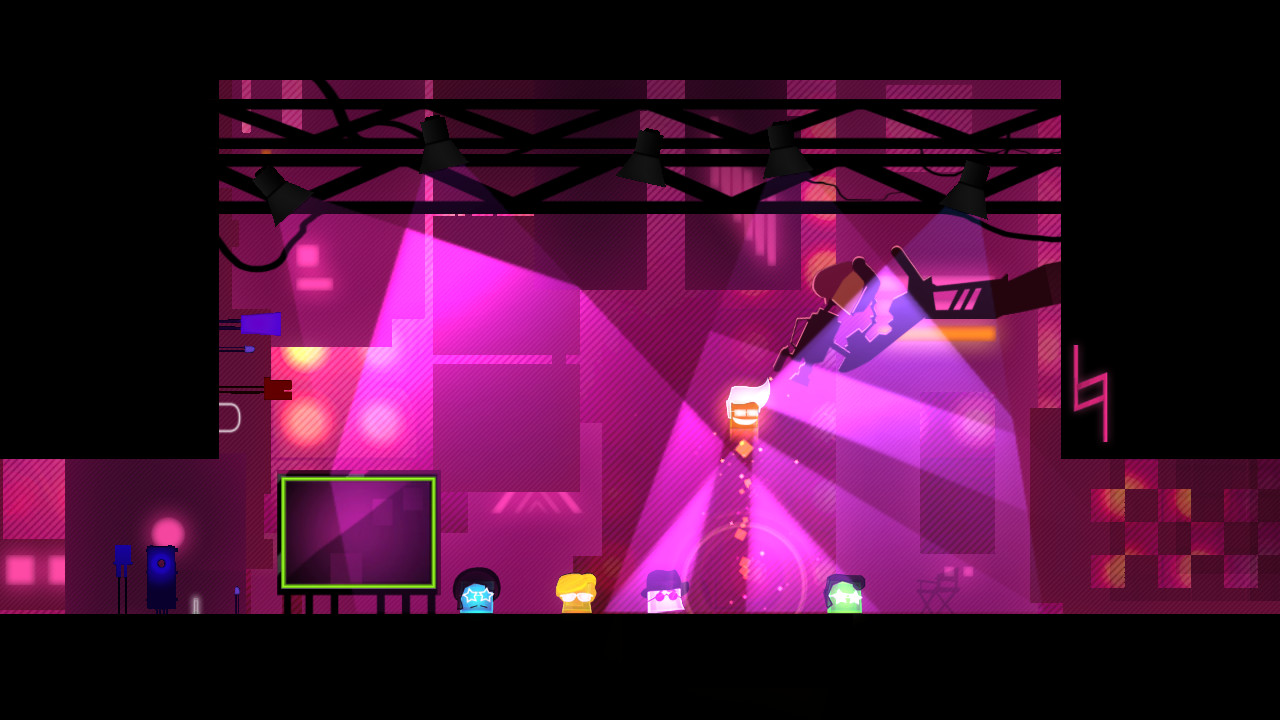 The presentation is a blast. The graphics have a nice style to them that is somewhat minimalist in terms of technical detail (lots of basic shapes and such), but the use of neon soaked colors and constant movement on the screen combined with the catchy beats at the heart of the gameplay create a memorable enough experience.

There are a couple of issues outside of the challenge (which could be seen as a perk depending on your tastes), however. One, this is really not a long game at all, and while the idea of doing time trials later to improve on your score is nice, it’s really just regurgitating the same content. I don’t know how you would do multiplayer, but it feels as though that is a slight missed opportunity as well. Chris and I play a lot of platforming games together, and this was one where we were related to one person with the controller while the other was a spectator (who was usually laughing at the player’s failures). Additionally, I could not help but feel as though the level design was becoming redundant in the later stages. It was harder, but the core principles never really progressed, and it left me with a sort of ‘been there and done that’ feeling by the end

Still, if you like platforming titles, Inside My Radio is a solid way to scratch that itch. It’s bright, energetic and does something that feels pretty original in a genre where innovation is not very common. There are a couple of shortcomings that hold this title back, but they are not deal killers by any stretch of the imagination.