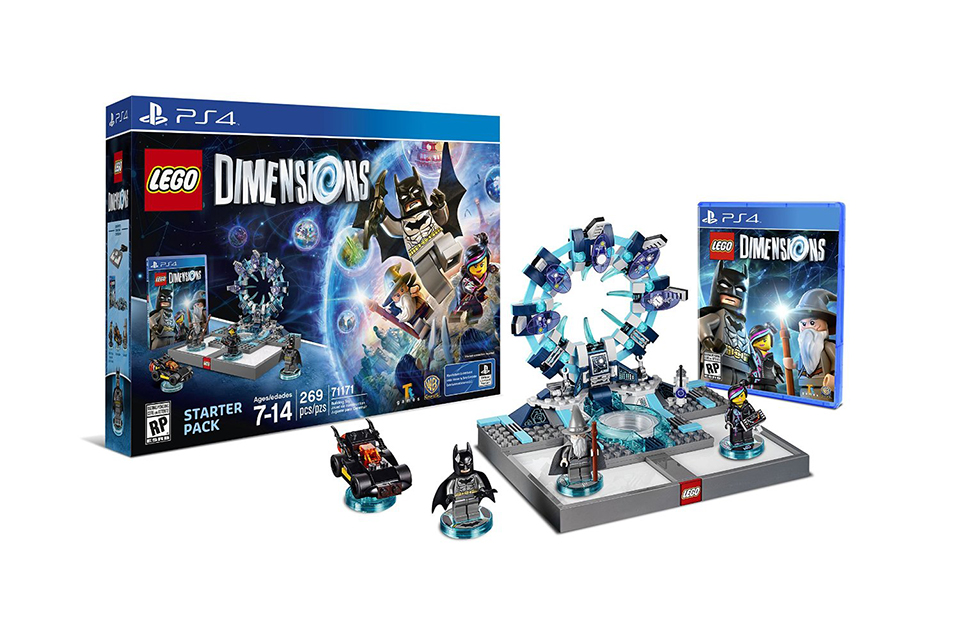 LEGO. Those tiny blocks that by themselves are truly nothing more than colored plastic designed to hurt like hell when they are stepped on in the middle of the night. Combined together though and they open up a multiverse of imaginative possibilities that can take children and even the grouchiest of adults on adventures of fun. LEGO Dimensions takes this multiverse and puts it both into a digital and physical format taking the ideas created from Toys For Bob (Skylanders) and the more recent Disney Infinity one step further.
Leaving the soon to become age old discussion of DLC as a good or bad thing behind for a moment, parents in particular have become no stranger to the more physical styles over the past few years. This is not to say that adults haven’t played Skylanders or Disney Infinity, but it would be interesting to see the numbers of who’s really playing. With this idea in mind, TT Games which have brought worlds of fun from their beginning of LEGO Star Wars over to the newest delves into the worlds of Marvel and DC after the ventures of Middle Earth as well as the Caribbean, have now crossed that threshold to modify the digital world with physical components. I’ll have to be really honest at this point. While any of these are already VERY expensive to get into, I’m already hooked.

LEGO Dimensions runs on the ideas that were presented in The LEGO Movie which released in early 2014. The premise took the idea that almost anyone who’s ever played with LEGO has done. They merged the worlds of any set they had on hand with anything else that was also lying around. I still have my now twenty year old space and arctic sets with some medieval castles with dragons ready to be pulled out of storage at any time. Taking one of the main characters from the LEGO Movie Wildstyle, she gets absorbed into a vortex with the “real” Gandalf and Batman as the two did make appearances in said movie but these two are the “authentic ones”. Thrown together into yet another vortex, our three heroes will need to fix a provided portal by acquiring the pieces from over space and time. This is where it all starts both physically and digitally. 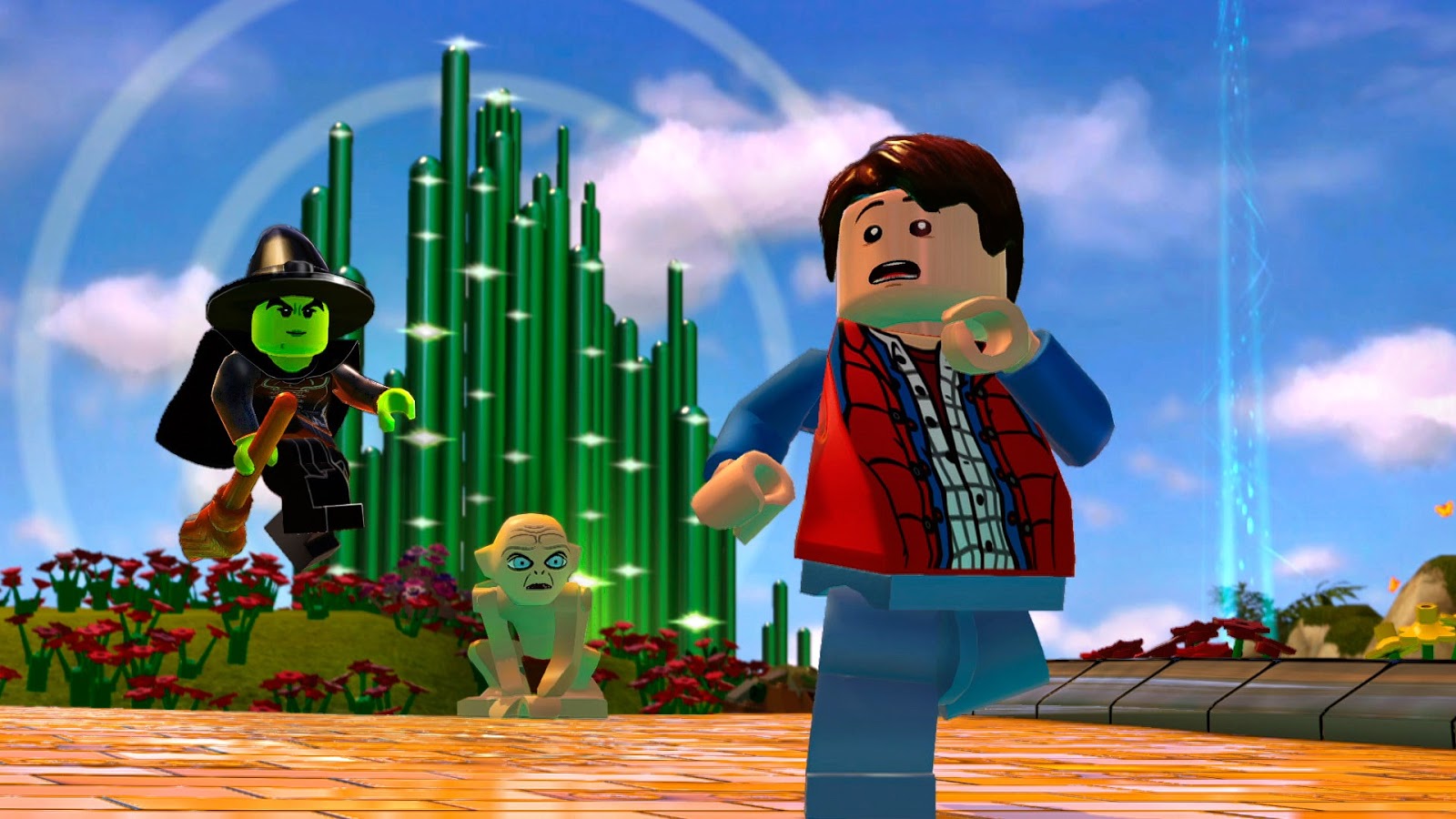 Starting off in a room with a shattered portal our heroes will need to get to work in the same style of LEGO gameplay that we’ve come to expect over the various iterations. Solo or Coop modes are free to choose from the very beginning and making its return is the ability for either a dynamic or fixed coop camera depending upon the person’s personal preference. Once the portal has been fixed however the game pauses itself in order to provide the players with instructions as to how to physically build the portal that will be sitting on the coffee table in front of them. Coffee Tables sold separately. This is where things start to become necessary.

A good deal of LEGO Dimensions will be done digitally but there is still a fair amount of real world manipulation that is for more than simply choosing which characters or vehicles are in play. Short of the portal itself and the basic characters from the packs every set of instructions will be provided in game in the same format that would have been presented in paper. At first when building these sets it will seem strange as there are almost IKEA like spare parts at the end of the construction but when looking on the back of boxes it becomes obvious as there are different forms in which construction of vehicles can take.

Passing over this thought at first as nothing more than alternatives that people have taken upon themselves to build as it has been over the years, it becomes clear while in game that this is not the case. The leftover parts from construction exist in order to physically build / modify the existing models into these newer versions as they can be bought through the upgrade menu with the combination of both studs and golden bricks. Once purchased, the in-game avatar will be changed however the instructions for both the newer and the older models will be available for whenever the mood strikes to change their appearance.

What I really enjoyed about the portal system is that it is not limiting to two or three objects but instead can hold up to seven simultaneously. Seven character or one character and seven vehicles though I wouldn’t see why to be honest but the option is there. I can’t comment upon Disney’s venture, but in Skylanders any time that one fell in battle or was removed the game paused itself. LEGO Dimensions has a built in timer in which if a game piece has been removed for more than a few second only then will it be removed from play which is where the physical manipulations of the game come into play and the interactivity was genius at times. 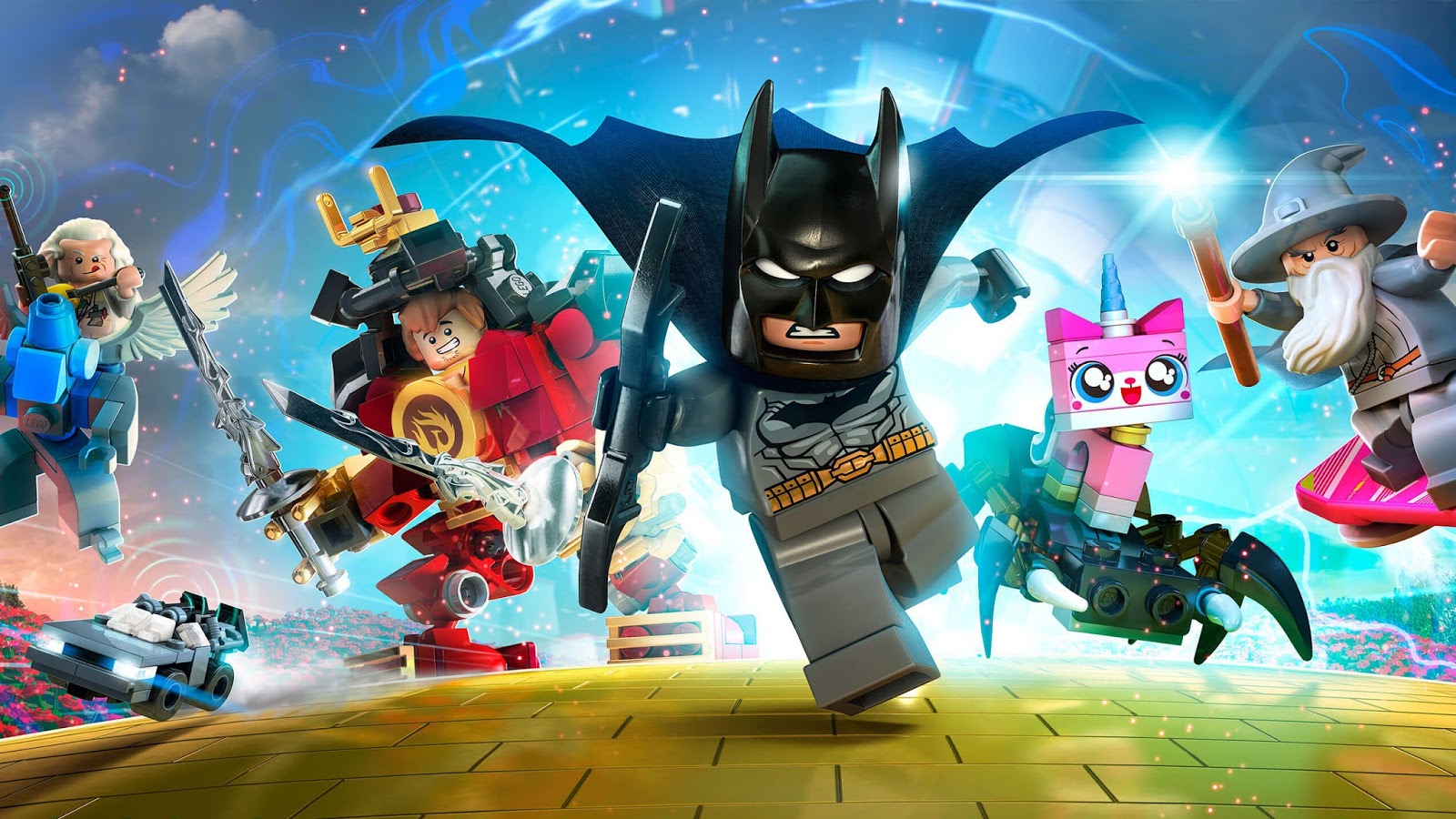 The Portal is designed with three separate areas that all contain LED back-lighting. Two of these have three spaces each for characters while the last position is only a single slot which can be used at all times but is also there in order to write data over to the physical objects either during creation or upgrading. By having done so, the physical board becomes much more than a simple mechanic in order to move your characters into the game but also a constant gameplay mechanic as it comes into play for hacking scenarios and boss fights. There will be times in which a boss launches an attack and anyone caught within will be unable to move until they are physically moved off of that color space. This is where the delay timer comes into play as they won’t disappear from in game as they are moving from one part of the physical device over to the other to escape the paralysing attack. Hacking works a bit in the same manner with the character only available to move around the same colored squares that the currently reside on.

Having created this relationship makes the physical LEGO elements worth more than they would be otherwise and that goes without saying that these are LEGO and can be used to play LEGO outside of the game. The physical representations are there in order to better identify the NFC pieces that store their data. Technically anything LEGO can be put on top of these but that is the player’s prerogative.

Here is the portion that I was scared of coming into all of this. Characters. LEGO Dimensions uses physical DLC in order to expand upon the game and with that in mind there is a lot of said content that does not exist within the base and thus ends up restricting certain elements without their purchasing. Want to break gold objects? Silver? Glass? Cracked Walls? Hack? Dig? All of these abilities lie within a character from one of the various LEGO realms. With basic character packs which come with a character and a vehicle priced around fifteen and a level pack that comes with a character and one or two vehicles or companions around thirty, things get expensive fast which is where I was more than delighted to see a feature pop up.

Within LEGO Dimensions exists a feature called Hire-A-Hero which allows for the player to obtain the character in question that they need for a large sum of in game Studs for a very limited amount of time in order to pull off what is needed. This was brilliant as it is not everyone that is going to be able to afford this many sets all at once. With studs being easy enough to come by, this was an amazing move of TT Game’s part. 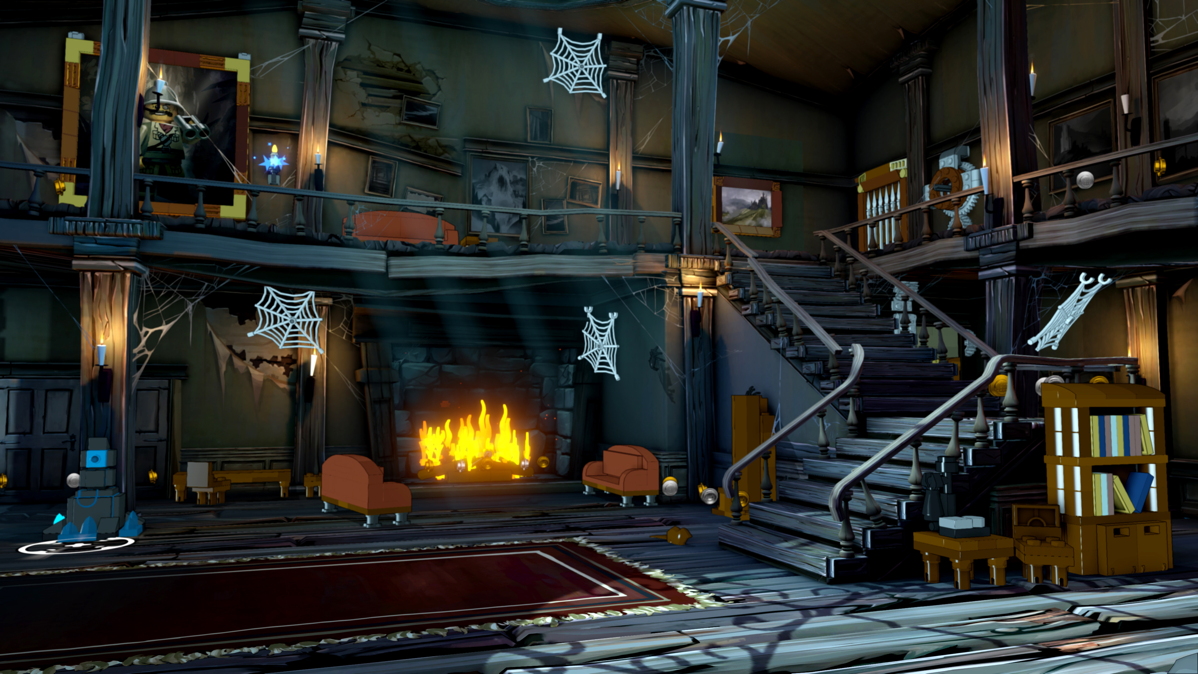 Alongside the main storyline are various other realms that can be explored regardless of if they are a level pack or not. Lords of the Rings, Ninjago, Chima, DC and others are all just sitting there waiting to be explored however these worlds require that at least member of that realm be present in order to delve into it. Lords of the Rings and DC are instantly available as Batman and Gandalf can jump right in but the rest will require addition acquiring that cannot be done in game. As for the level packs with their heftier price tag I do have to say that I am impressed. Not only do these contain a character and other useful tools but the levels are lengthy and once these are done they open up a world to explore that contains golden and red bricks to compete or explore for. On our first night with it, both Breanna and I spent upwards of three hours simply doing the first stage before proceeding to go time traveling both in a Delorean (Back to the Future) and a Tardis (Doctor Who).

With all of the ideas of a portal and DLC acquisitions aside, LEGO Dimensions plays host to the same solid gameplay that we’ve seen over the years. Like any LEGO game however there are bugs that will make an appearance here or there but with the ease of taking that character out of play for a few moments before dropping them back in more than easily solves these issues.

On the whole LEGO Dimensions is a solid game that incorporates fun both inside and out as players legitimately get to build LEGO. While things can get expensive especially for the collector types who want it all or even the more casual players that want into every world, the base game can be completed even without the use of the Hire-A-Hero system though not everything will be obtained. One of the best parts however is that by not having to follow a theme as our heroes are spanning across the dimensions makes for some rather entertaining situations considering that things really get started on the yellow brick wall and Batman is not in Gotham anymore.