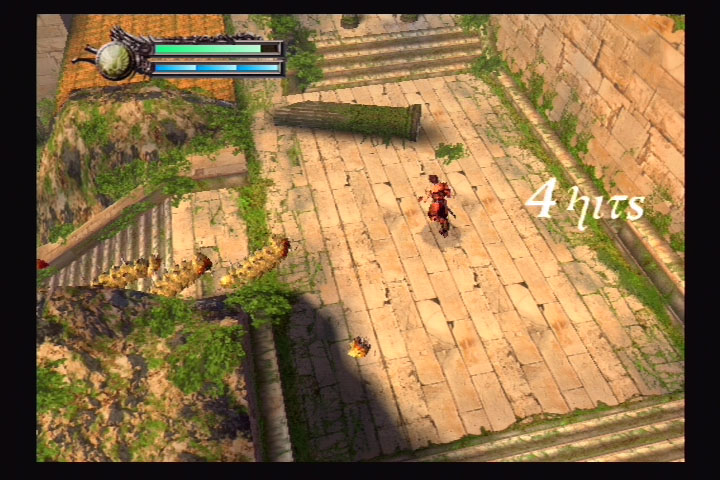 Some readers probably know that “Rygar” started as a hack & slash arcade game during the eighties and was converted to various machines, including the NES. “Rygar: the legendary adventure” is a version for the PS2, with 3D graphics.

In case you are wondering what your purpose is, you are a gladiator defending a collapsing kingdom from a formidable evil deity. The story borrows names from ancient Greek mythology and history but the context and meaning have been changed and the end result is generic and melodramatic. The dialogues are pompous and occasionally don’t make sense: “Cronus, you trample on fate” or “I speak to you through her blood” are two examples. During your quest you discover books and scrolls that contain more history but I wasn’t interested in them at all.

The hero is a warrior who carries a disk (Editor’s Note: Rygar on the NES was one of my first video games for that console. I remember it fondly, but suspect it wouldn’t hold up well now. Dimitris’ article here might prompt an even older Retro out of me now that I’m curious. Hmm), connected to a chain. The other end of the chain is tied to his arm, so he can throw the “diskarmor” and it will return to him. Diskarmors can be used as either a weapon or a shield; each of them has different design, range and set of attacks (performed by combining two buttons). The Heavenly diskarmor is ideal for dispatching groups of enemies, the Hades has the longest range and the Sea is good for hitting fast from close distance.

The enemies are disappointing. I begun slashing big, armored caterpillars, hoping I would face more decent enemies later. Unfortunately, the rest are pathetic too: humanoids like goblins that lose their head when you kill them, floating things with long claws, spider-like creatures that fire little bombs, caterpillars with feathers and a few cyclopses. Thankfully, bosses are impressive, including a sphinx, a giant with three bodies and a huge fire snake.

Besides fighting, you gain access to new areas by acquiring new skills, as in Zelda. For example, you must possess the “stomp” ability to activate switches or the “swing” ability to shoot the diskarmor, like Batman uses his grappling hook, and reach distant platforms. There are also sealed doorways that open if you kill all enemies nearby or if you find a special statue (those existed in the old “Rygar” too) or if you light the diskarmor with fire and touch the magical seal.

Your character and equipment can be upgraded. Certain items increase your attack, defense or maximum health. Mystic stones put in the diskarmor give you a bonus, e.g. critical hits. You can remove them at will and place them in a different weapon, which is handy. The diskarmor is strengthened by collecting orbs left by monsters or found in broken objects. An upgraded diskarmor may hold more mystic stones and has bigger summoning capacity (see below). Other items replenish your health or mana or give you new combos. 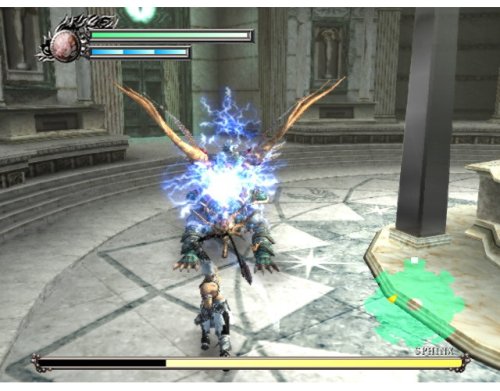 Summoning consists of commanding a supernatural creature, such as a siren, to appear in the battlefield and cast a spell against your foes. Each diskarmor summons a different guardian, with three attacks, a weak, a medium and a strong one. When you maximize your diskarmor level it contains five units of mana, so you can, for example, cast a strong and a medium spell or five weak ones. Summoned creatures look powerful but sometimes, when you fight a boss, they don’t hit their target.

The graphics, inspired by roman antiquity, are marvelous. The stone colonnades, chambers and various buildings, especially the underwater temple, look amazing, with beautiful, vibrant colors, attention to detail and nicely drawn textures. The graphics are not completely 3-d since the camera’s position is fixed and you cannot see an object from all sides. I found pleasure in smashing every pillar and statue; sometimes I solved puzzles this way. When you leave an area the camera position changes and you may find yourself moving in a different direction from the one you want, which takes some time to get used to. The animation is very good, whether you swing your diskarmor or move a heavy statue.

The music is fantastic, changes regularly and creates an appropriate mood (except for the Spanish music played in the labyrinth). The voice acting is horrible though and made the dialogues even worse.

The level design is hard to judge. At first I was a bit tired trying to figure out where to go but I realized the game is linear. Stages are complex and interesting, with various routes leading to the same place, giving you the opportunity to explore. The map is practically useless, as it doesn’t show the direction you are moving to, so, you must memorize your surroundings. Though a lot of time was devoted to the intricate level design I wish the programmers had paid more attention to the story and action. 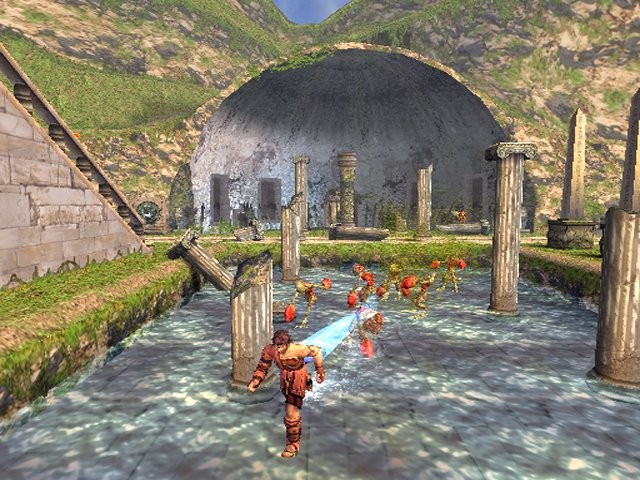 Concerning the difficulty, “Rygar” is easy. If you have lost health you can find a place where monsters respawn and kill them until they leave a cup of nectar. Each diskarmor has its own set of devastating moves, which are easy to perform. Blocking isn’t necessary because your attacks are strong and you are highly resistant to damage. When I faced most bosses for the first time, I was forced to use an item that revives you when you die, which I wanted to save for later. So, I battled them again and defeated them quickly. There was only one exception, a winged guy, Icarus, who was almost invulnerable. Just before quitting, I figured out you had to strike him with a particular diskarmor depending on the color of his aura. During platform sections, if you fall in a gap you are resurrected and the game indicates exactly where to use the diskarmor to swing or climb (it would be much better if you had to search for the right spot, e.g. a branch on a cliff). Lastly, the adventure is very short; it took me only five hours to complete it.

“Rygar” has its own style, nevertheless, it reminded me of “Castlevania: Curse of Darkness”: you confront a minotaur and a giant fish and there is a final boss after the final boss. Moreover, in both games a beautiful blonde woman motivates the hero and there is a bad guy who turns out to be the victim of a greater evil.

My experience of “Rygar” changed several times while I was playing: at first I was impressed by its rich graphics and original weapon. Gradually, I was disappointed by its lack of enemy variety and silly story, then I was angered by a boss (read above) and finally…I finished it. This must have been cool twelve years ago but I wish there was more gameplay here. 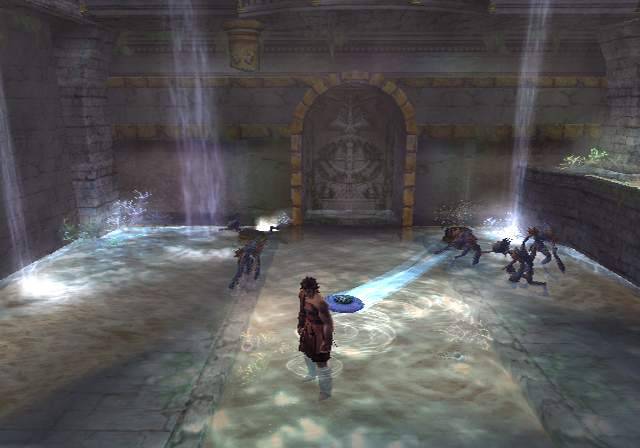