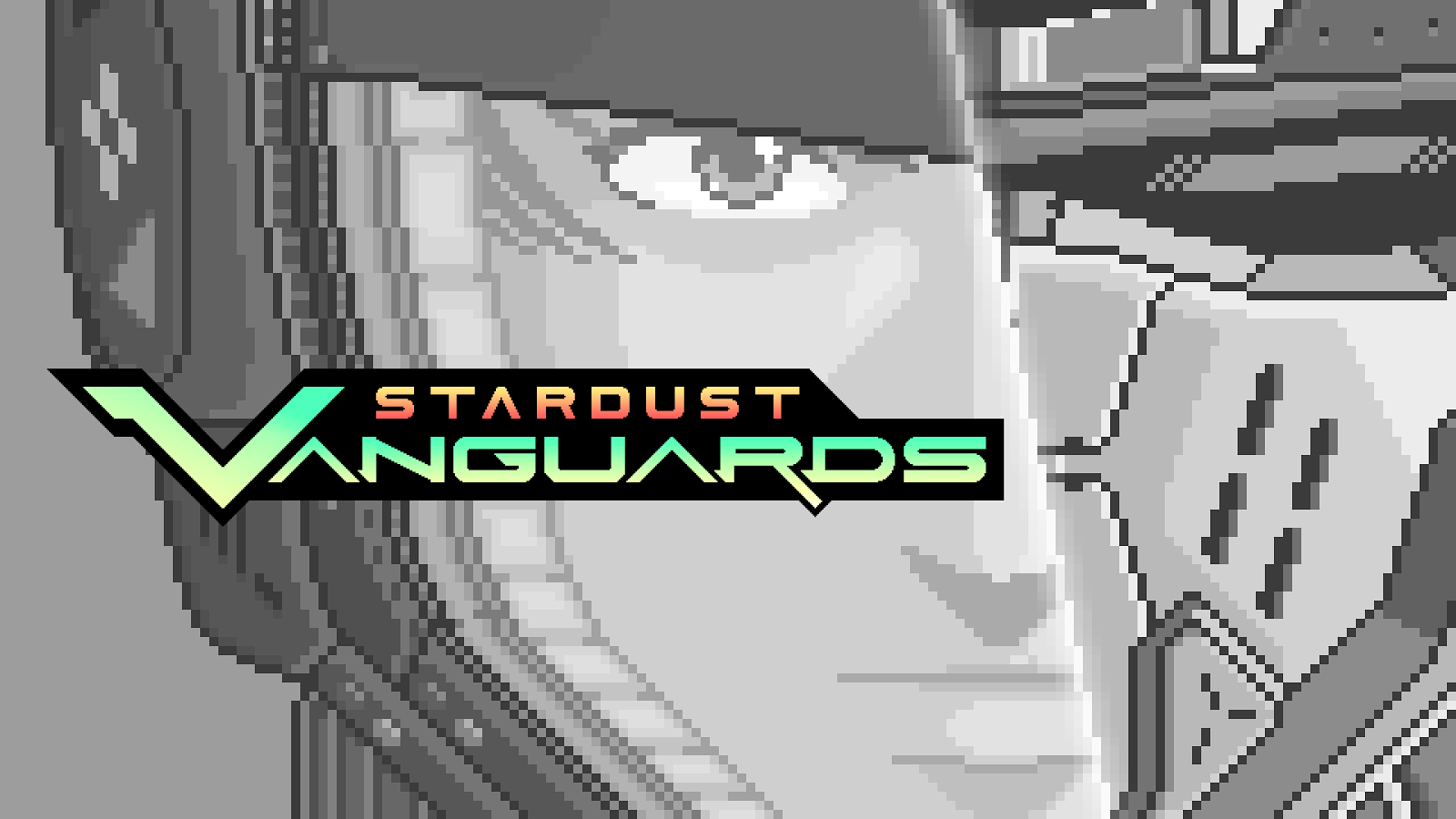 Stardust Vanguards pits you against your friends in some local competitive gameplay that is a great deal of fun, though there are some cooperative and even limited single player options as well. The package has a minimalist vibe throughout and the game is well served by it, though perhaps a bit more effort in adding depth, story or online multiplayer would have served Stardust Vanguards best.

I hear Nick talking about the ‘old days’ that he and his buddies would sit down on a couch and just beat on each other with old NES and Genesis games, and it is hard not to appreciate how fondly he recalls those days. This is the market and sense of nostalgia that titles like Stardust Vanguards are trying desperately to cultivate and sell to, and by and large they are successful in doing so. However, the lack of online multiplayer is a tremendous letdown for me personally. Why? Because while I have people I can play with in person, I have even more friends online who would no doubt love to slap on a headset and talk trash while we trash one another. That would work. Online gameplay does not have to be so limited anymore. Certainly back before headsets were the norm, a lot of the magic would be lost on a game like this, but now? Nowadays I don’t see any reason why a title like this cannot support online multiplayer and even leaderboards of some sort (conversely, there’s no reason why games like Halo 5 shouldn’t have local splitscreen either for those people who prefer to play a game with a friend on the sofa. Just give us the best of both worlds – we have the technology to do so!).

That being said, Stardust Vanguards gets a lot right that makes the above oversight forgivable, because it is so good when playing with friends in the same room. There are some limited single player options, but Stardust Vanguards is somewhat lifeless when playing solo. You simply battle off waves of increasingly difficult enemies in somewhat new environments. Because there is no real progression to speak of, minimal unlockables and a lack of levels, the single player game just lacks the heart of its multiplayer offerings.

To that end, the multiplayer modes offer up both competitive and cooperative play, and while you have all of the standard modes you would expect (like Deathmatch), the Soccer and Capture the Flag hybrid is really the most entertaining and interesting mode that the game has to offer. However, the gameplay within these modes is where Stardust Vanguards shines best. 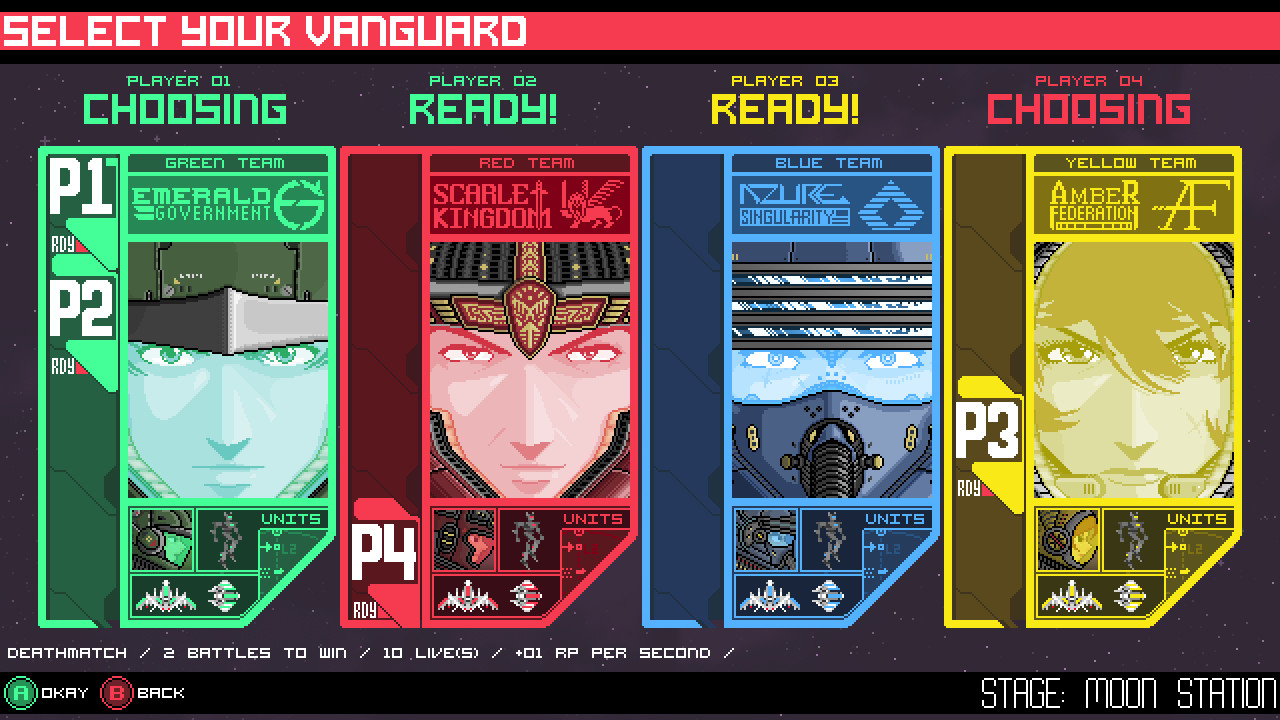 Those mechanics are simple on the surface – shoot and slash. However, where things can get more challenging is in the limited shooting (due to limited ammo, unless you change that setting in one of the custom match options), and the powerful sword is the ultimate risk/reward tactic as it does some serious damage, it is fast and most interestingly it can be used to deflect bullets. However, there is a precision to that weapon that needs to be mastered, because having poor timing will almost certainly mean death. You have shields and the ability to call in reinforcements, but most of the time I was hacking and shooting away at enemies and other players.

This is where I had the most fun with the game. Mashing up different settings and competing against friends was a lot of fun, and distracted from the fact that there really is not a whole lot here to look at (though I enjoyed the music a great deal) and not even a lot of deep gameplay mechanics to dive into. Essentially each of the four aforementioned abilities is tied to a face button and you move around environments that change by level – that is about it. As a result, one can expect Stardust Vanguards to run dry somewhat quickly. More content or some online multiplayer would have gone a long way towards extending the life of this game, but as it stands now, I would describe Stardust Vanguards as disposable fun. It is entertaining, but also somewhat shallow in creating a short-lived experience.