comments Share
You are reading
The Big Short – Movie Review 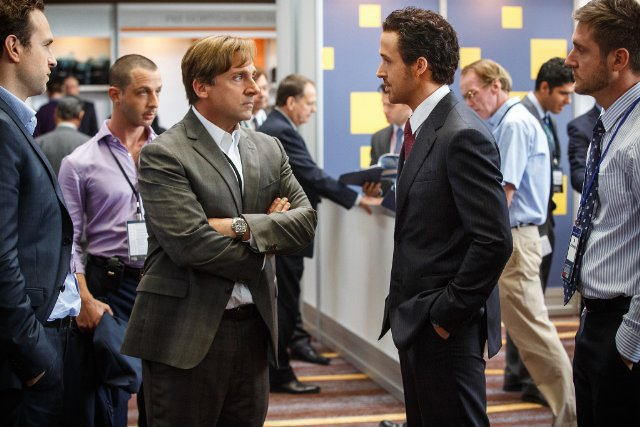 The Big Short attempts to explain the huge economic crisis of 2008, which started in the United States and struck many countries worldwide. The main characters talk to other people and through their conversations the viewer is supposed to realize what went wrong. The movie underlines that the crisis was caused by banks operating uncontrolled by the political system and individuals being motivated by greed and arrogance.

The plot can be divided in three different threads and each one has its own characters. The camera is usually close to them and there is often a montage of images from everyday life, rich people spending money, poor people, etc., trying to convey cinematic quality and realism at the same time.

Most of the dialogues are explanations and data concerning the events and processes that led to the crisis, nevertheless this happens in an original way, through the plot, and doesn’t get tiresome. Unfortunately, I couldn’t relate to any of the characters because their personal life’s depiction is poor, like an afterthought. The actors’ performances are solid but nothing special. Christian Bale has an unidentifiable expression, Steve Carell is ready to explode and Brad Pitt looks wise and calm. 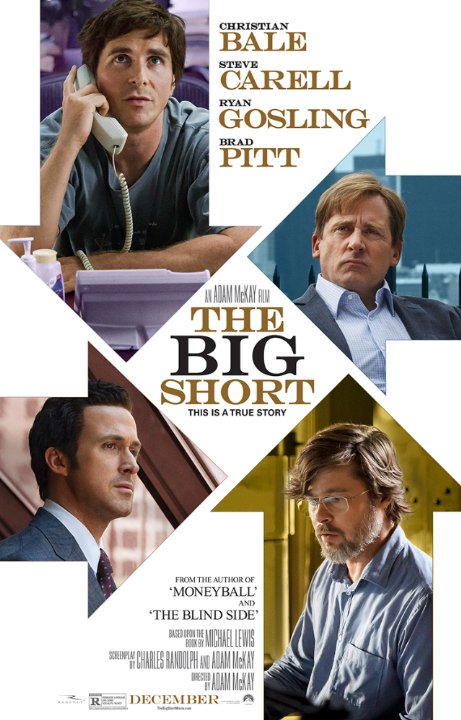 I expected some kind of climax but there was none. I guess if the main characters celebrated when they won millions of dollars because they were able to predict the crisis when everyone else considered them to be fools, the audience would detest them. Lastly, very often someone addresses the camera directly and even real celebrities appear with their real names and talk to the audience, which prevented me from forgetting I was watching a film; however, this also helped me understand the plot.

Despite the lack of dramatic effect and tension I found the movie to be interesting, especially since it is based on true events. Its boldness is worth praising, especially when it points out that society paid the enormous cost of the crisis instead of the organizations which caused it. The Big Short is something between a movie and a documentary and works better than expected.