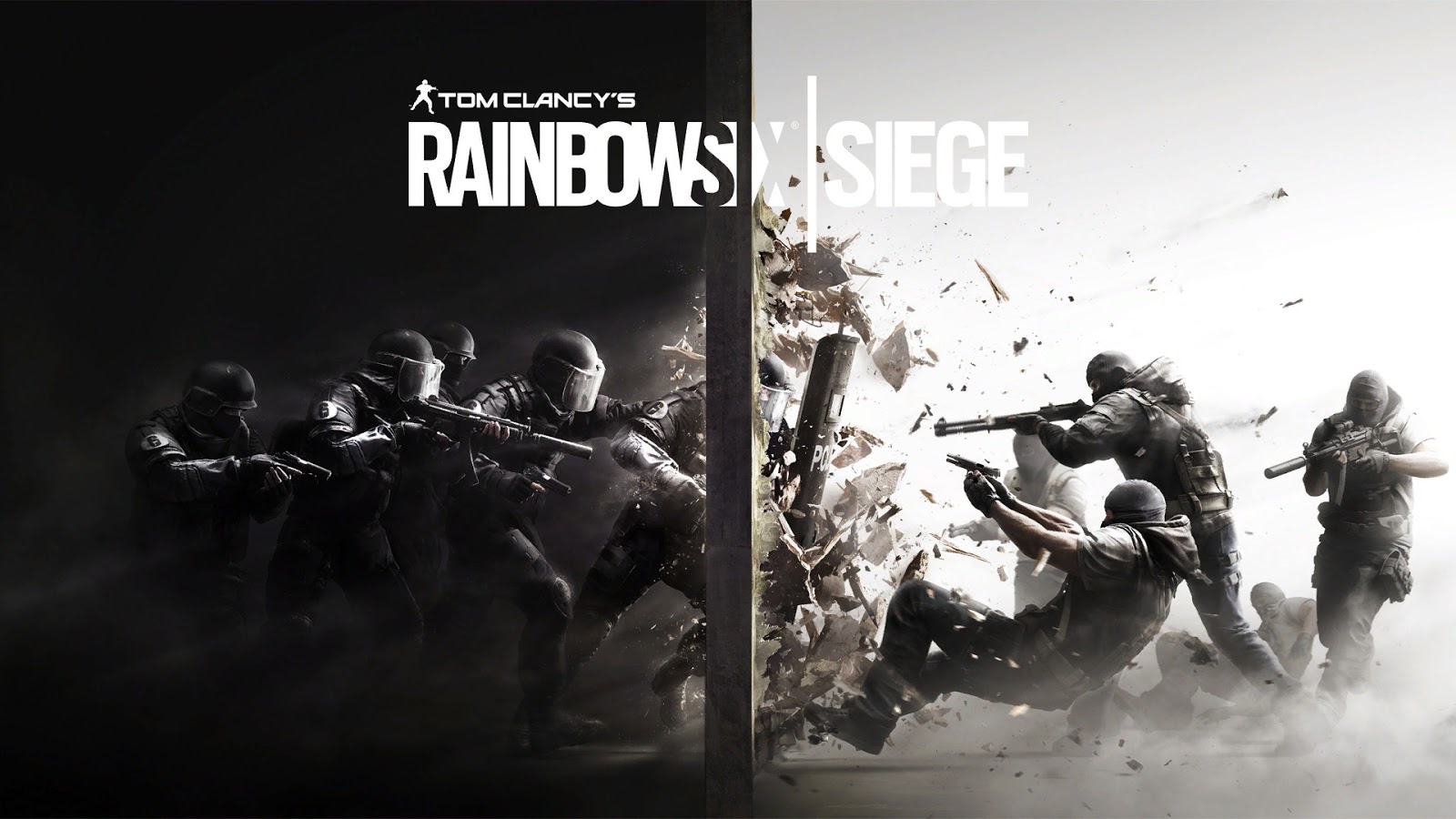 After having spent considerable time with this game on the PC during its beta, I had high hopes for
Tom Clancy’s Rainbow Six Siege when it finally released. Tense, tactical and in many ways unique, this title quickly became a case of like at first sight. Why not love? Too may small flaws take the luster off of what is otherwise a fun game.

The recipe is simple enough. One team defense while the other attacks. Instead of wandering around maps hoping to find someone or something to shoot at like most titles in the genre. Here the objectives are more focused, with a team setting up their defense while the attackers are trying to get the lay of the land. This takes place in a pre-game period where the offensive units control small radio cars that can glide easily into vents, under low doors and around corners to try and find your objective. The defending team can shoot these controlled cars upon seeing them, doing their best to maintain a sense of secrecy over their location and fortifications.

Fortifications? Yup, while the attackers are getting the lay of the land, the defenders are doing their best to change and strengthen said fortresses. Walls can be reinforced with steel supports, barbed wire can be put down at access points and more. All of this plays into the game’s strongest suit, which is the destructible environments all around. 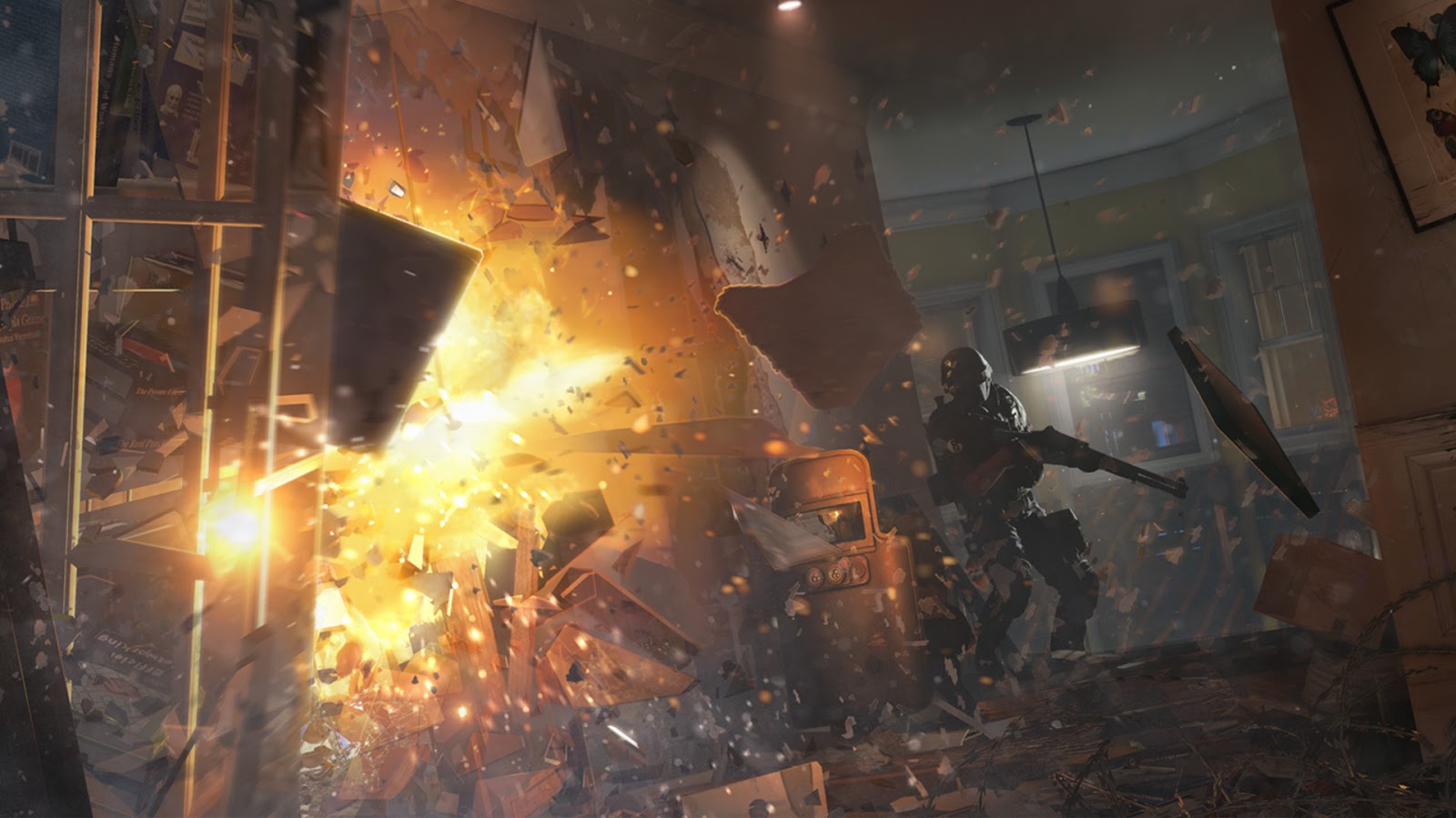 Unlike a Call of Duty game where your arena is solid and does not deteriorate no matter how many rockets and bullets go flying everywhere, here in Rainbow Six Siege, many of the floors and walls can be shot through or blown up. Windows can be boarded up or broken down. It helps to create artificial choke points, or to obscure what one side is doing from the other. In a typical shooter, this would be a recipe for chaos. How many times have you played a shooter, mindlessly barging into a room trying to get the drop on your opponents only to get blasted away? No big deal though, because you usually respawn within seconds.

This is another area where Rainbow Six Siege starts to differentiate itself from shooter brethren. Characters are incredibly squishy. If you are trying to crawl around the corner of a room while keeping your head low, but you accidentally stroll into some razor wire and do not stop and pull back immediately? Odds are, you’re going to die right there. Shots to the head because you popped up like a whack-a-mole at the wrong time, traps that take you out and more remind you very quickly that your characters can and will die if you get sloppy. And then you wait – because there is no respawn until the round ends.

All of this lends itself to a slower paced, more tactical shooter because you are forced to consider your options more carefully. You might now put a couple of bullets through a boarded up window before slashing through it, for fear of the person who might be right on the other side of it waiting. Not sure what’s around that corner? Take an remote controlled car with a camera for a spin and try to see before rushing in. Because the objectives have fairly tight timers, and in truth most of the maps are somewhat narrower in scope (generally taking you through series of hallways and rooms in a building of differing layouts), the action is tense because you only have so long to complete your objective. 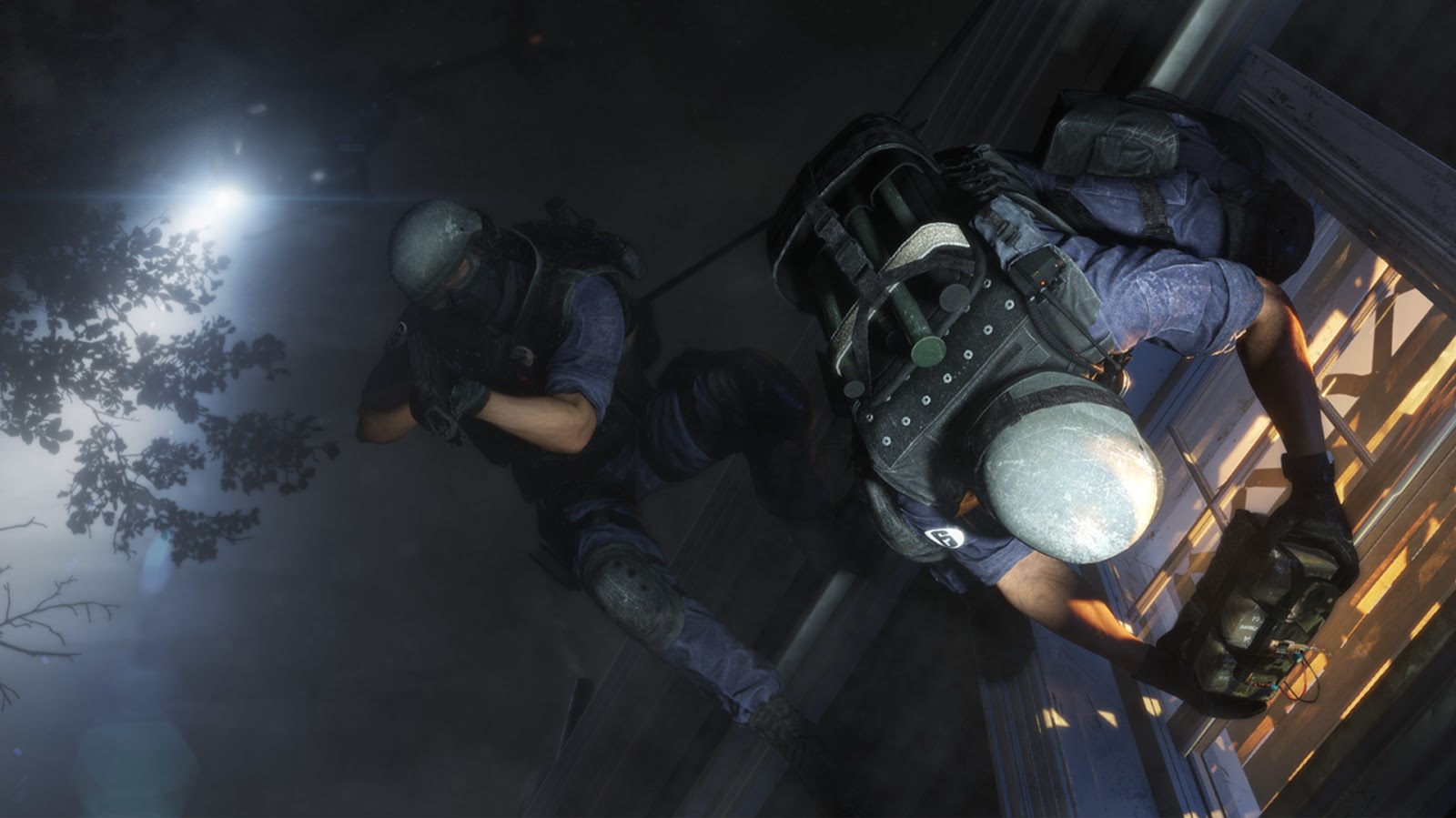 The good news is, the way the environments can unfold, the different objectives and where things become located each time creates a good deal of variety for gamers. The bad side is, while the game itself offers pretty solid variety, the number of modes and maps is pretty underwhelming. Add to that a handful of interesting bugs that creep up now and again, and Rainbow Six Siege is fun, but also flawed. It is also worth noting that this game simply played better with a mouse and a keyboard. I know Nick will almost always argue on behalf of a controller over a mouse and keyboard interface, but this game is a prime example of why that thinking is wrong. Without a doubt the aiming and gameplay mechanics worked better on my PC during the beta, than on the Xbox One.

Without a doubt, this title is at its best when you find yourself wondering who or what is right around the corner. Did you out-think the other team by rappelling down from the roof to reach that obscure window you are about to break through? Or is there going to be someone waiting right there with a gun pointed at your face? When you are defending a point, do you worry about the gunfire down the hall around the corner, or the explosion overhead that just removed some of the roof above? These moments are Rainbow Six Siege at its best.

Beyond that, Rainbow Six Siege plays well. It is really meant to be an online multiplayer experience, and in truth it works far better when you are playing with friends than random groups of people you get hooked up with. Generally the community is fine, but I encountered my share of tools who either shot down their own teammates for no apparent reason to those who were more interested in rushing into a room to get a kill or two than the objective. Now that said, if the team is communicating well, this is a viable tactic if someone is willing to ‘take one for the team’ – but that is dependent on actual communication. There are some offline modes that serve as glorified tutorials, and by and large they work well, teaching the basics, though in truth they are not very entertaining. Before long, I was diving back into the online multiplayer. 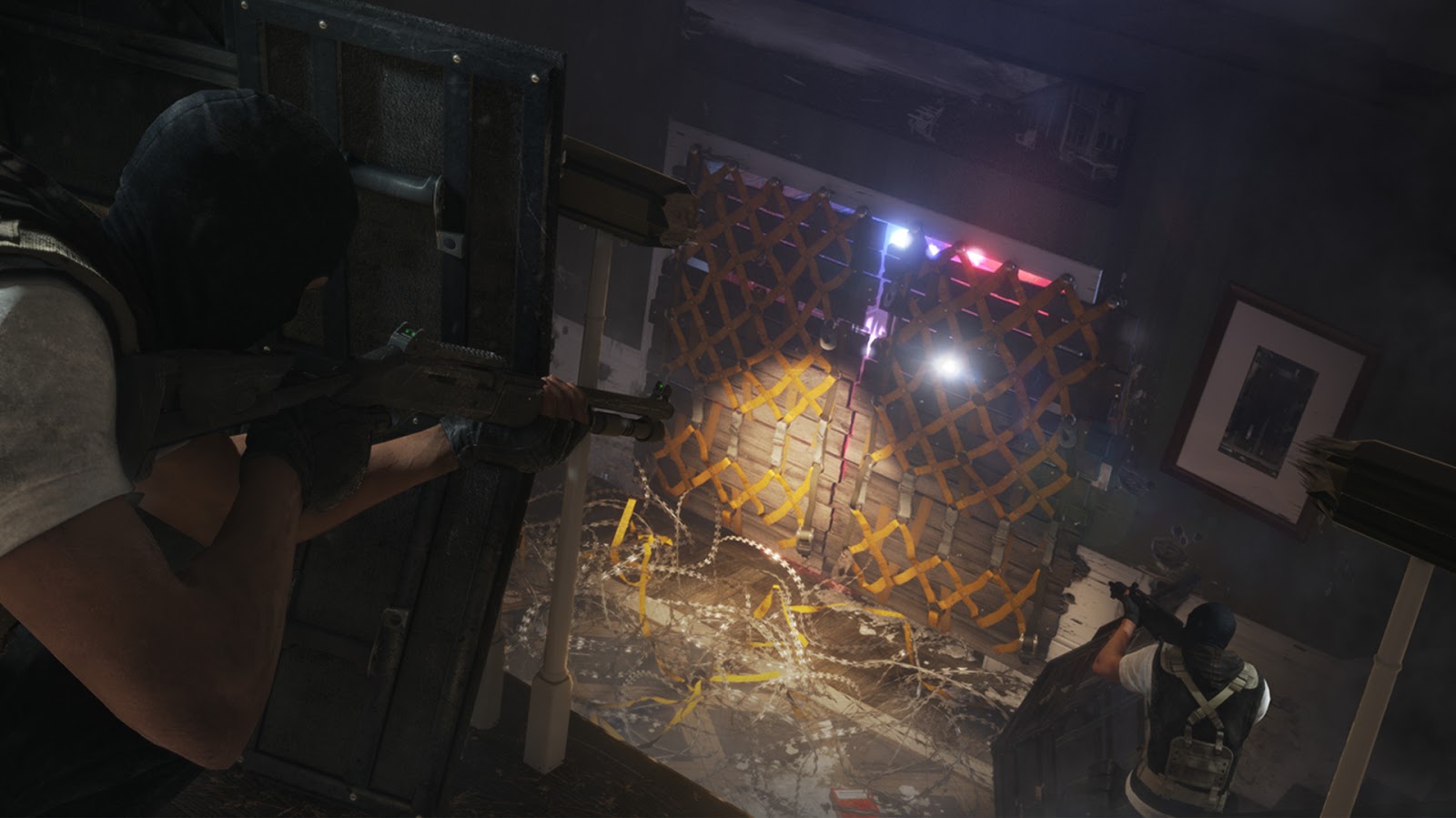 The visuals, music and sound all are best described as good, but not great. Generally speaking the visuals were smooth and there were some good effects with line-of-sight being hugely important, but Rainbow Six Siege never really impresses a great deal either. I suppose it does not have to, as the game primarily takes place indoors with relatively static environments compared to a game where you might be outdoors, with a long draw range and a beautiful horizon with lots of moving water or some swaying trees and long grass.

Tom Clancy’s Rainbow Six Siege is a refreshing change of pace for a genre that has a lot of also-ran titles getting introduced. The way it handles environments while infusing the game with a tactical mindset is appealing on multiple levels. What works less well are the limited modes and levels, and the rough edges that show up in the presentation or the occasional rogue teammate. Also, play it with a mouse and a keyboard – trust me on this.