Have you ever wondered how horrible it would be if your feet always pointed down? Or rather, that where your feet pointed was always down, and that gravity followed? When you laid down in bed to go to sleep, you would plummet down off the foot of your bed and land, hopefully tidily, on your drywall, breaking it in the process with your weight and velocity.

This nightmare I just illustrated for you is the everyday life of Bob, that’s what I’ve taken to calling our silent nameless protagonist, in James de Silva and Matthew Sanders’ title, Vertigo Void. There isn’t much of a story to this game, so I’ve taken the liberty of making one up on the spot to help illustrate the Vertigo Void experience for you. Bob spent all of his time at home watching Colin Furze make magnetic shoes to walk upside down and on walls, and thought to himself “I bet that would be a lot simpler if they didn’t also have to fight against gravity, too” and so he enrolled with NASA. 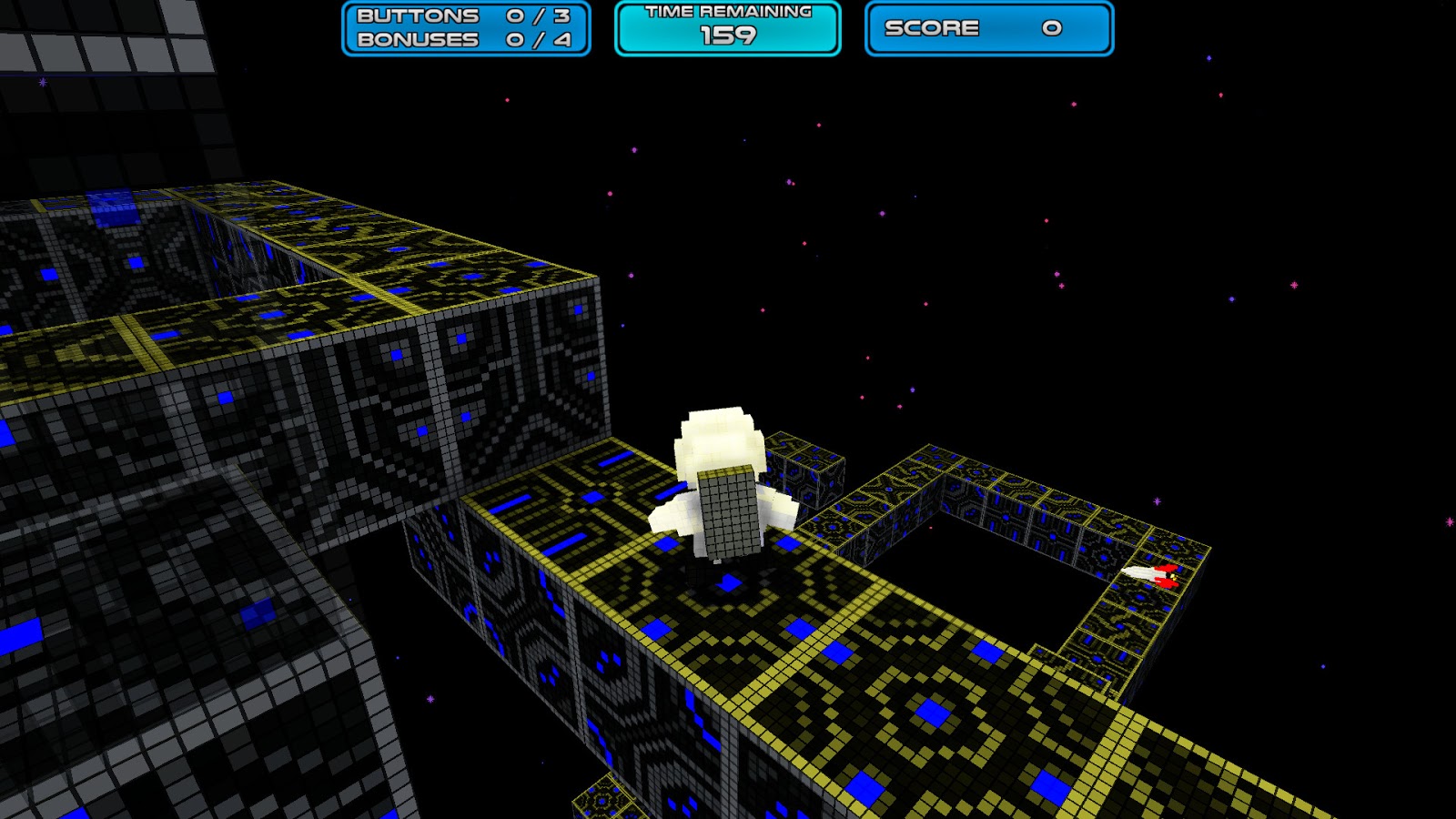 Now Bob is a spacewalker. He goes to the various space stations that we have stationed in low orbit around the blazing inferno that we call ‘The Sun’, and collects little dots that we have lost, and walks on buttons, all the while desperately trying not to hurl himself into either the worst deep-fry experience of his life, or having to live out Sandra Bullock’s role in Gravity, without the happy ending.

Your mission, should you choose to accept it or not, is to stomp on buttons and get the hell out of dodge. Sounds simple, right? Well the thing is, wherever is down to you is where the laws of gravity seem to think you should be headed, too. You navigate along the surface of cubes hovering in space, gathering collectibles for points, pressing buttons, locating a teleporter, and it all seems very simple until you find out that that fancy 3d perspective isn’t just for looks. You can walk off the edge, if the block you are on has no adjacent blocks, and in doing so, you rotate the entire world 90 degrees, so that you are now standing on what you would have considered the side of the block you were on. 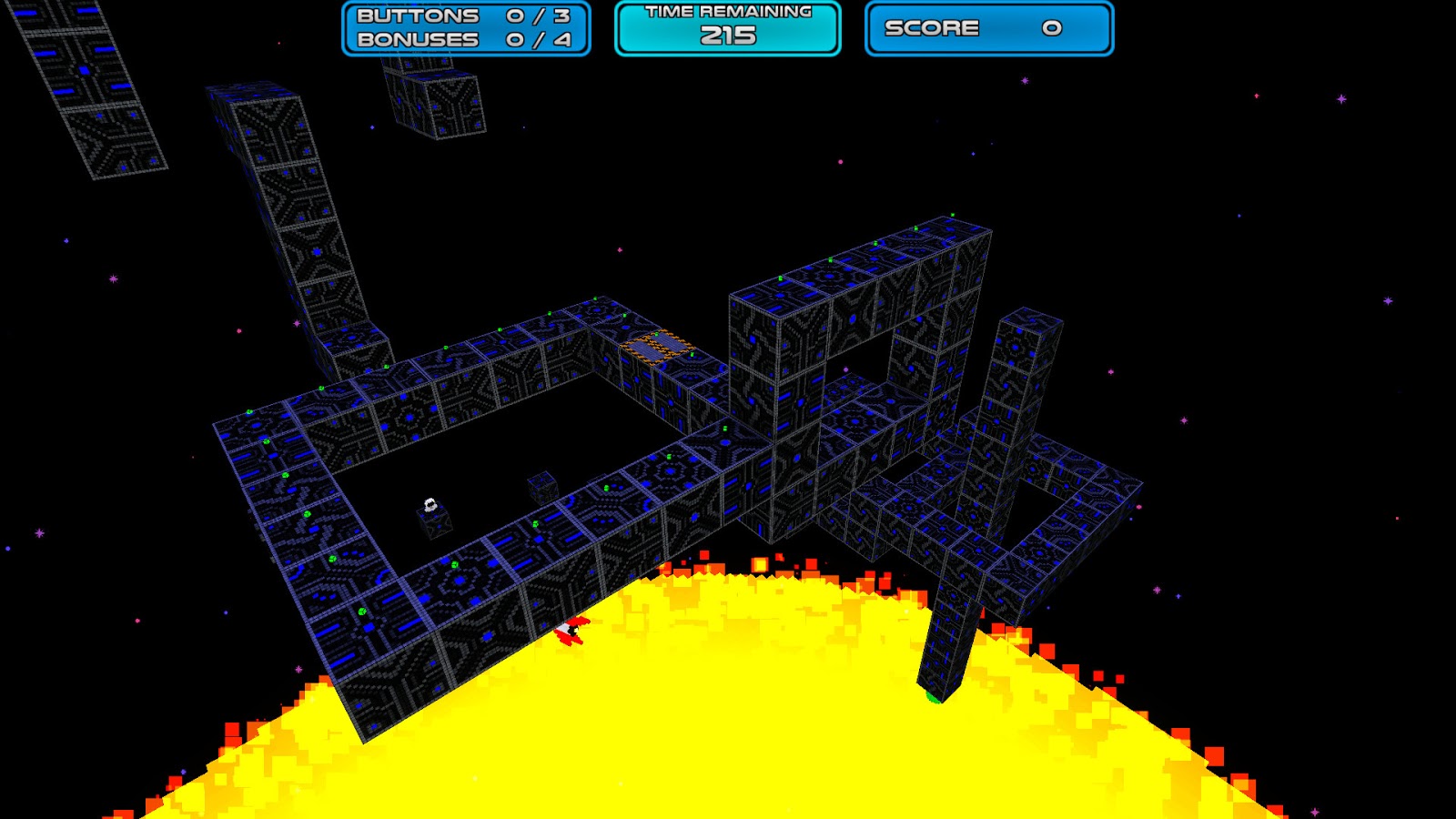 Sometimes, getting to a button isn’t as simple as walking up to it and stomping really hard, but you instead have to figure out how to get the button pointed down first, or to get yourself onto the proper orientation in the Escher-esque nightmare that is your life. That would still be pretty simple, though, so you should also add the ability to jump off of an edge and keep your orientation, to fall to platforms below, or as is more likely, to yet another demise in the unforgiving depths of space.

“You know what would be cool?”, you’re likely asking yourself, only to respond in kind “If there were red springboards that you could jump onto, and it would automatically continue that jump sending you to your certain doom! It would be like a course hazard or a booby trap”! Well you’re in luck, friend, because they have done just that! Bouncing squares will propel you two steps forward if you jump onto them, and while they are introduced at first as a gimmick to extend line hops across the void, they turn into traps and hazards soon enough. But what if you have no forward momentum? What would happen then, with no movement to continue, would you just bounce there ad nauseum? Of course not, that’s not how physics work! The world shifts gravity upside down, like that pushover boss from Mega Man 5, Gravity Man. You just need to hope that Bob has something overhead, otherwise he’s dead again. 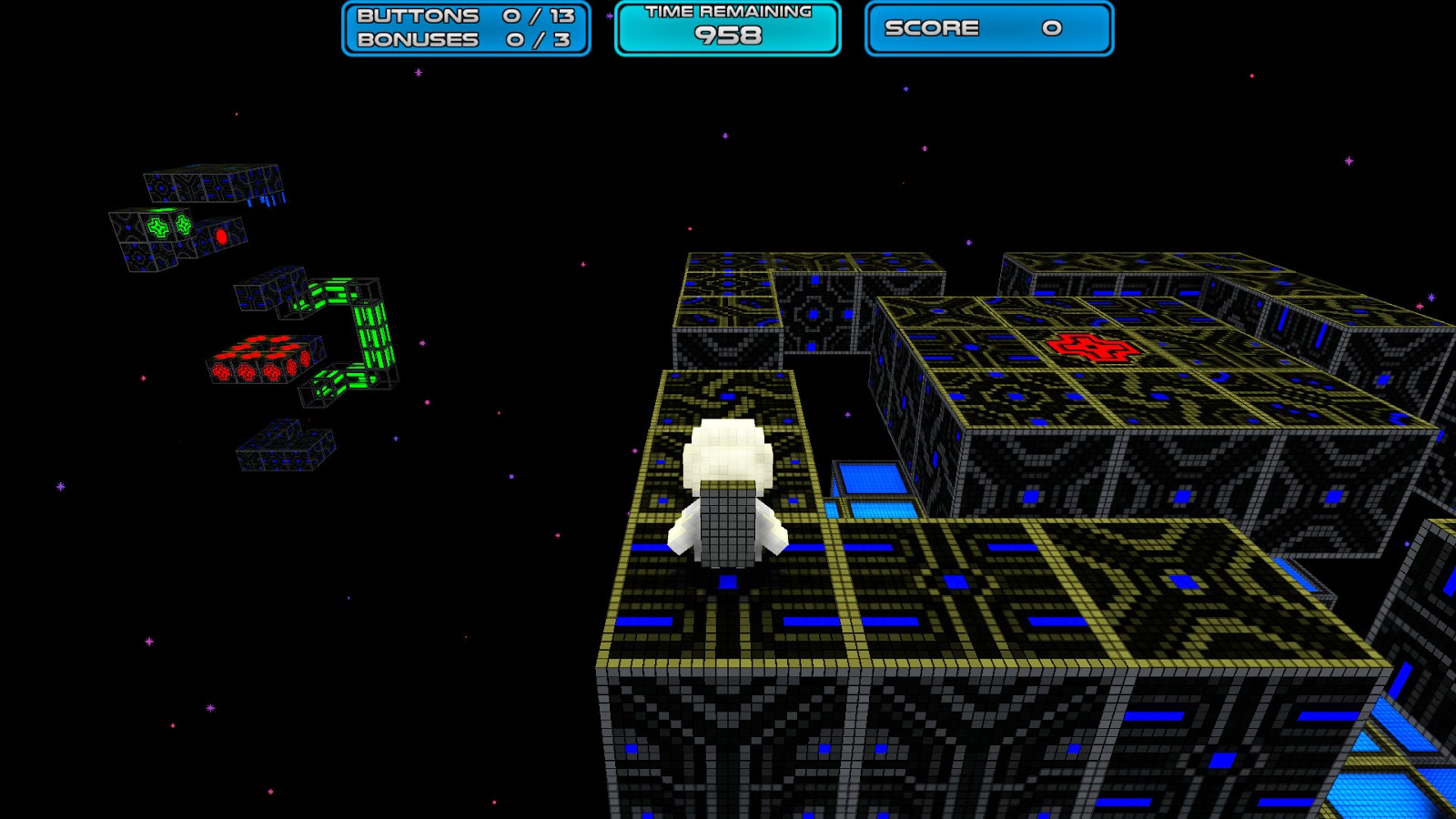 There are other mechanics too, like passages that act like the speed tunnels in the Hydro Plant in Sonic 2, or green versions of the springboards that actually orient gravity to them when you fall past them, making them both infinitely annoying and useful.

I guess what I’m trying to say is, this game, despite its simple graphical nature and lack of a story worth mentioning, is varied and imaginative, and it is more challenging than eating a jar of olives with grooveless chopsticks. At a two dollar investment, you get more than your money’s worth before you even finish the easy courses. By the time you’ve beaten the game, if you have done so without looking up hints and solutions, this game is the best use of a toonie since the double-double.

Try this game, if you like puzzle games. It is a bargain, and you have essentially nothing to lose.