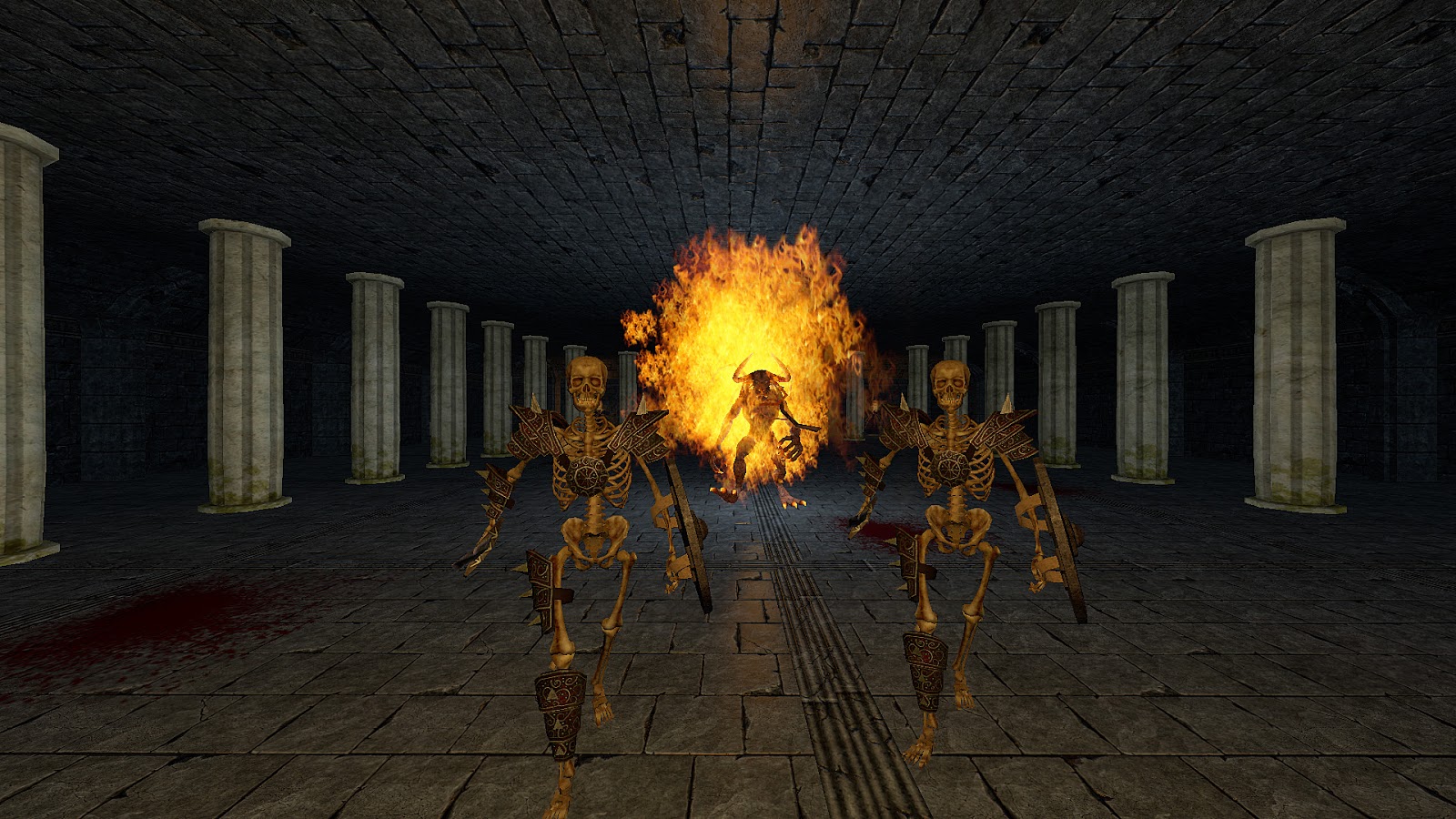 It was just another sunny afternoon when you come across a notice board looking for adventurers to help on a quest of exploration and discovery of old castle ruins. Offering a hefty lump sum and an extra cut of anything of worth found, you set off to join the expedition team. At the ripe character level of “1” equipped with nothing more than the clothes on your back, a torch, and a sword, you walk into the castle ruins. There’s a cave-in leaving you trapped in the dark. Torches only last for so long and the expedition team is nowhere in sight. What was that sound? You’re not alone down here and it looks like Castle Torgeath really is going to be a Descent into Darkness to find your way out.

Castle Torgeath is a throwback dungeon crawler that is designed to kill you, the player (I mean who else right?), in multiple and unfriendly ways. Being bitten, stabbed, impaled horizontally or vertically will all be real worries as the only thing that will truly keep you alive down here is your sense of direction and reaction speeds. With all of the external elements that can kill you though, it’s the internal one that matters the most. If your stamina depletes itself then you can quite literally and instantly die from hunger. This is no slow process but neither will it catch you unaware as your stomach makes more than enough noise to draw your attention to feeding yourself and possibly half the other beings down here. Down in this dungeon however food is limited and if you run around willy nilly then death will always be around the corner in more than one way. 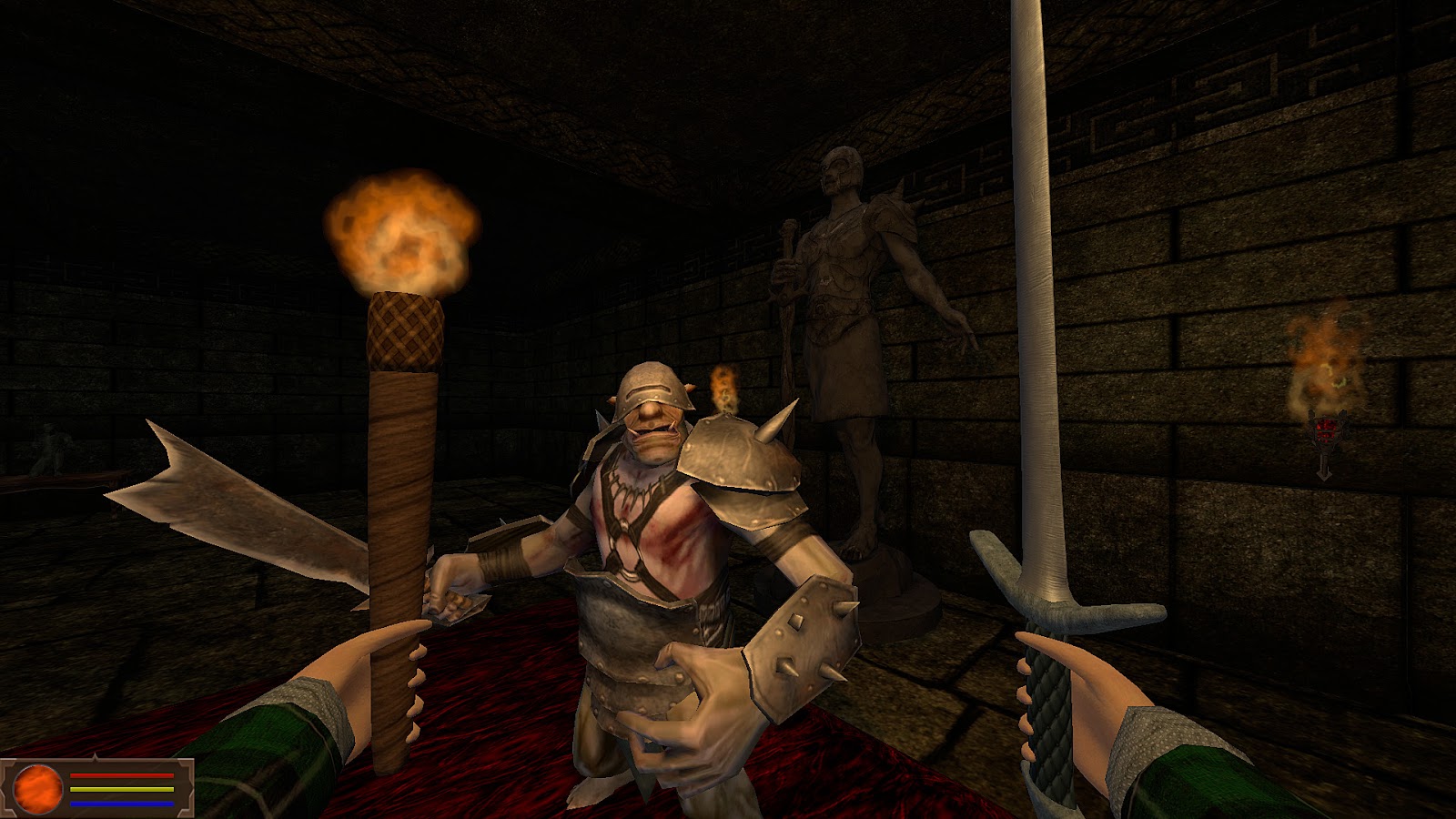 Now with all the ways of dying available, Castle Torgeath is about so much than that. It’s about exploration AND not dying. This journey through the underground passages will test both patience and memory through a visual representation of nostalgic Windows 98 graphics. Who didn’t love gaming on that OS? Or at least Service Pack 2 (SP2)… but back on track memory is honestly key as your adventurer has no map and they aren’t planning on drawing one up either. With an ever depleting stamina bar and scarce foodstuffs, turning the wrong corner more than once or hitting dead ends could literally be just that. Keeping track of which rooms were explored or at least of your orientation while coming into a room are rather important as some rooms and winding corridors can lead back to themselves and to take the same door again can be costly to your stamina.

With all the turns and rooms to be explored it is only natural that you are not alone down here. One of the great things about being in Early Access is how quickly things can change according to feedback. From one session to the next a very slow swing speed which required very proper timing in order to not take a hit yourself was increased to something much more natural feeling. This could be seen from the very start in how your character swung or thrust their blade into the denizens of the castle ruins. 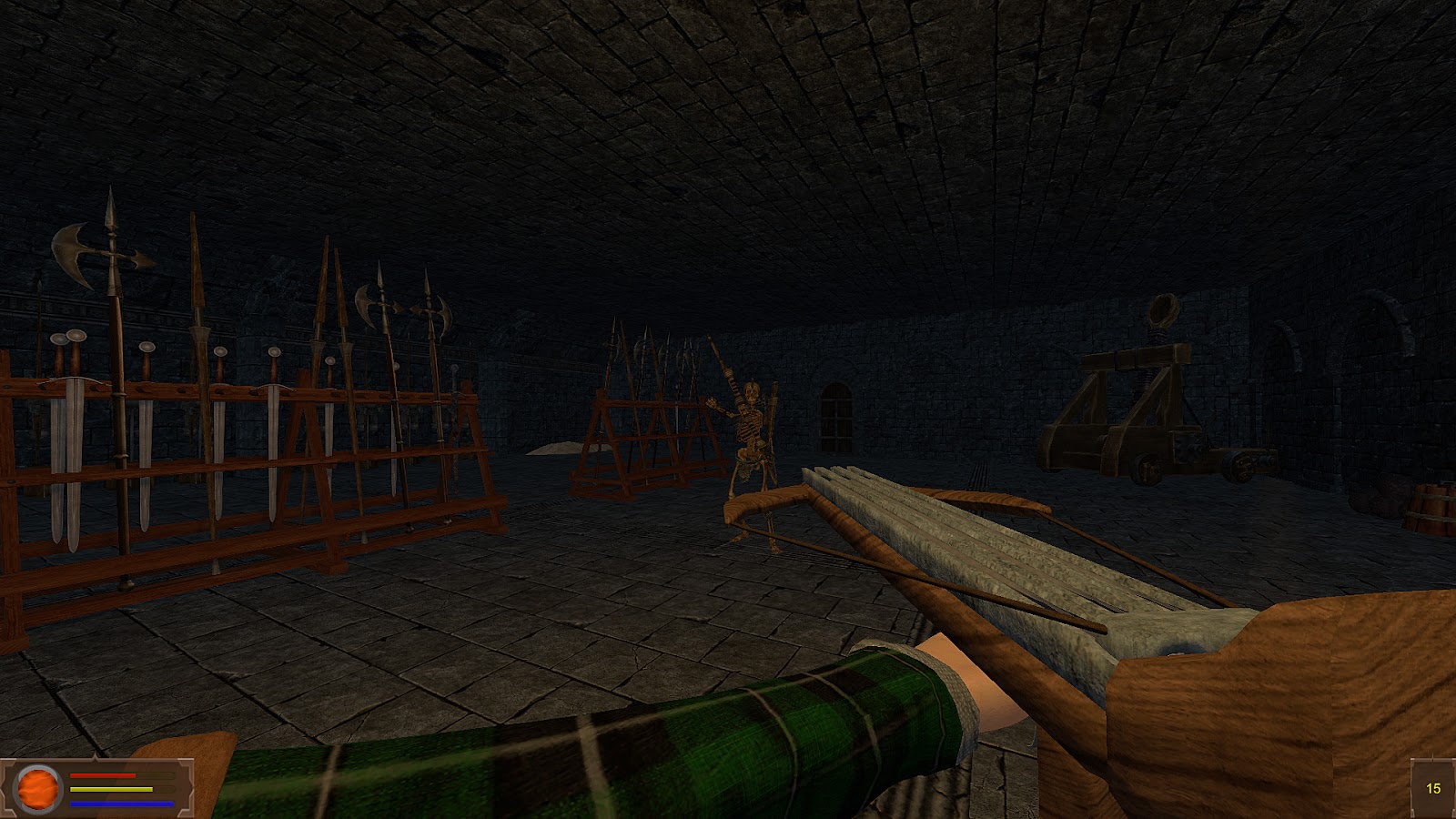 Walking into each room, running down each corridor, nothing is worse than your light going out. It’s freaking dark down here and the randomly placed braziers are not enough to help light the way. Interestingly enough, and it took several deaths before I figured it out, you can re-light your torch by walking up to the seemingly eternal light sources to refuel it. This made things infinitely more manageable as no one should have to explore these dark reaches with nothing more than their hands along the walls. Especially when there are spike traps just waiting to perforate you.

Castle Torgeath is shaping up rather well in the Dungeon Crawling style as it does more than simply make you survive against other foes in the dark but also make you survive against yourself. With running being the better option to move around, it is a much quicker way to drive yourself to starvation and the grasp of death especially when the last morsel of food has just gone down the hatch and there is nothing else left in sight. Not even that dirty moldy cheese from several rooms back…

It’ll be quite interesting to see what other features could be implemented in the future. 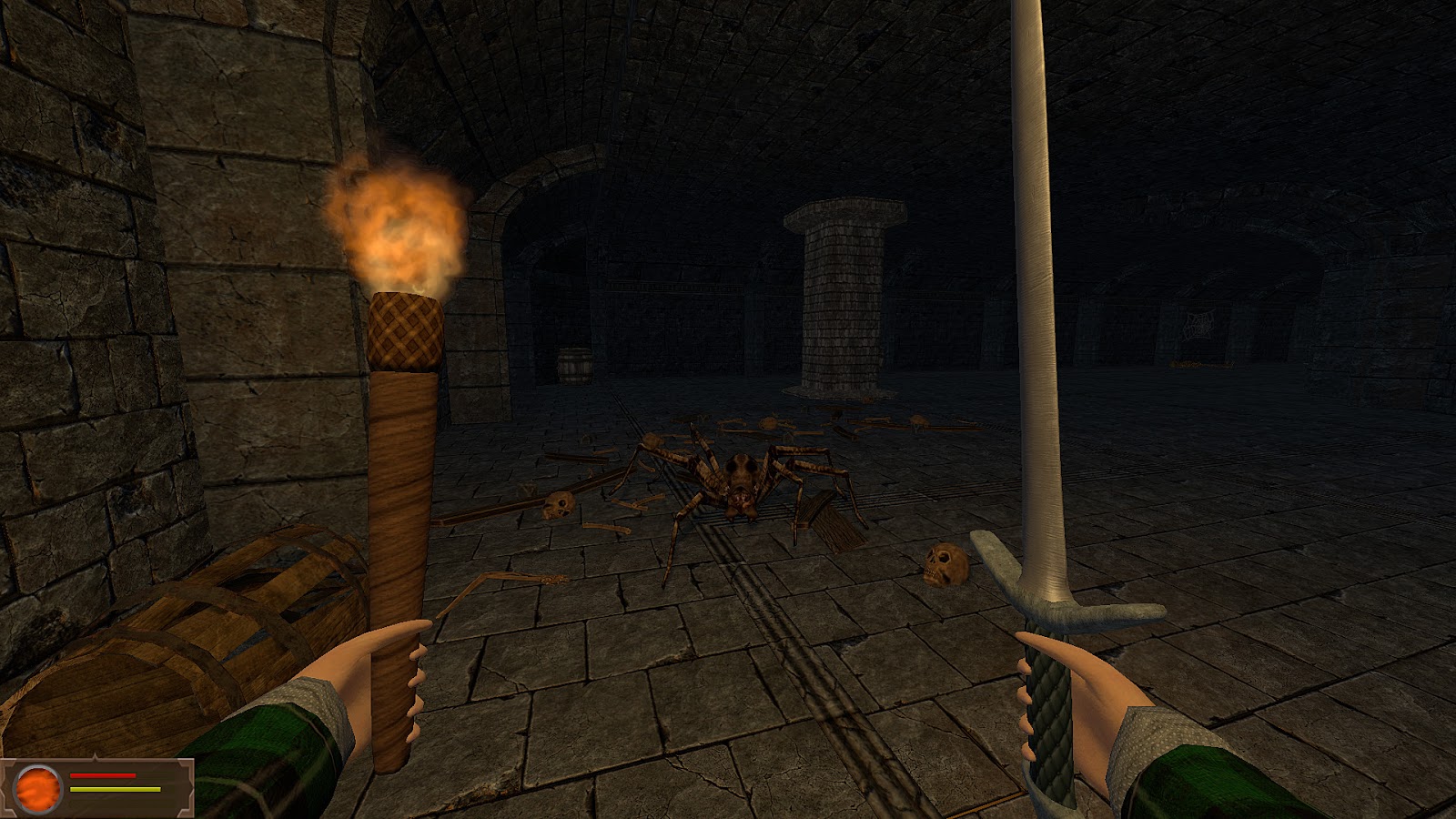