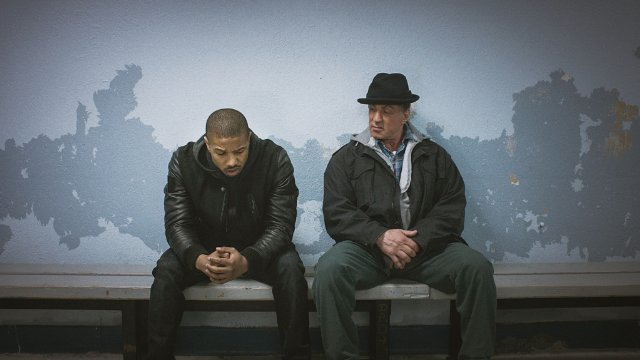 I grew up with Stallone and Schwarzenegger movies. I have watched all Rocky films and I love their hero. So, there was no way I would miss “Creed”.

This time Rocky doesn’t fight anymore but instead he trains Adonis, the son of the deceased Apollo, his formed great opponent and friend. The plot focuses on Adonis’ relationships with Rocky, his mother and a young singer, his training and, of course, his fights, while trying to become a famous boxer like his father.

Michael B. Jordan is perfect for the main role. He has the body, face, style and acting and the moves inside the ring. Whether he must look angry, determined or sensitive he is always convincing. He moves swiftly and also persuades you he has the strength to knock someone down with one punch. His character is admirable and I liked how he called Rocky “uncle”, acknowledging his friendship with Apollo.

Stallone plays a role he was born for and, naturally, he is flawless. Rocky is both an intrepid fighter and the kindest soul in the world; he supports Creed and forgives him immediately when the young man does something bad but needs his help again. Stallone’s chemistry with Jordan is unique and the scenes they are together are by far the best. 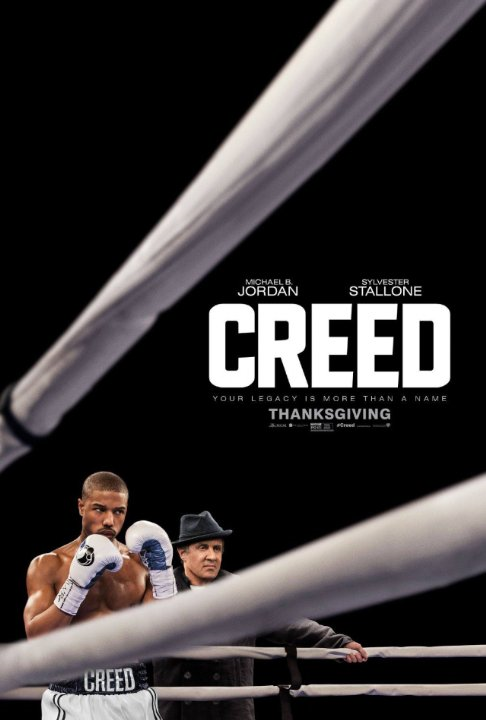 Tessa Thompson plays Bianca, an aspiring singer who becomes romantically involved with Adonis. She is suitable for her role and her reactions, especially during difficult situations, are very realistic.
All relationships are developed smoothly as we see Adonis getting closer to the ultimate challenge of his life: showing he is worthy of the name Creed. Despite the emphasis on drama and romance, “Creed” never slows down and every event leads to the final match.

Concerning the action, there are two big fights plus three small ones. Among the small ones, the third, where Adonis lost, was the most technical since both boxers blocked or dodged frequently. At the final match Adonis and his opponent exchange powerful blows without caring about defense, which made the fight a bit simplistic. This doesn’t mean, though, that it is not entertaining. On the contrary, the choreography, music and direction, with the camera taking some impressive shots, are very satisfying, despite the necessary lack of realism.

Lastly, I want to mention the music: it is uplifting and makes some scenes more alive, as the hero strives for glory.

“Creed” is a fitting closure to a great series. The fact that it is not called “Rocky” could be perceived as a testament to Rocky’s humbleness or to Stallone’s belief in the need for a moral code in our lives. “Creed” means a “system of beliefs or principles” and the Rocky films have always been about what is precious and how hard it is to achieve it. I enjoyed watching “Creed” with a good friend of mine and I highly recommend it to all fans of the series. The movie combines triumph with melancholy in a sensitive, sincere way and I loved it.