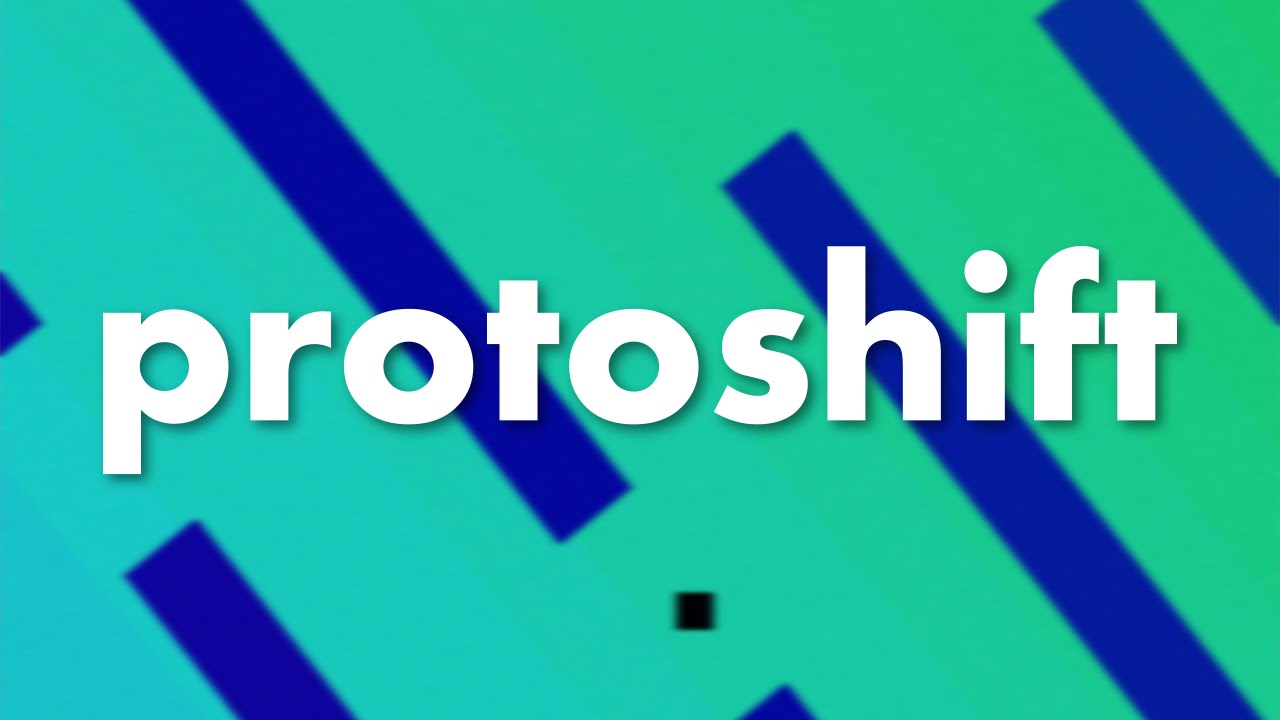 If you, like me, enjoy (or enjoyed while the phenomena lasted) the likes of Flappy Bird and Duet, and just couldn’t get enough of either or both of them, then Protoshift may very well be the game for you. Unfortunately, the lackluster production of the game and garish color scheme deletes any fun to be had with the otherwise addictive and challenging title.

Protoshift is more of a deja vu than anything else to me, primarily because this is what I’ve been playing lately: ultra-difficult indie games that are nonetheless simple to understand and basic enough without bombarding all of your five senses. Protoshift is as simple a game can get, with the only objective being to guide a black pixel around obstacles without making contact with them. On paper and in theory this idea sounds old as time itself, and it indeed is, but I encourage games like this because they are perfect for a five-minute gaming fix. And the more balls-breaking hard they are (in a fair way, anyway), the better. 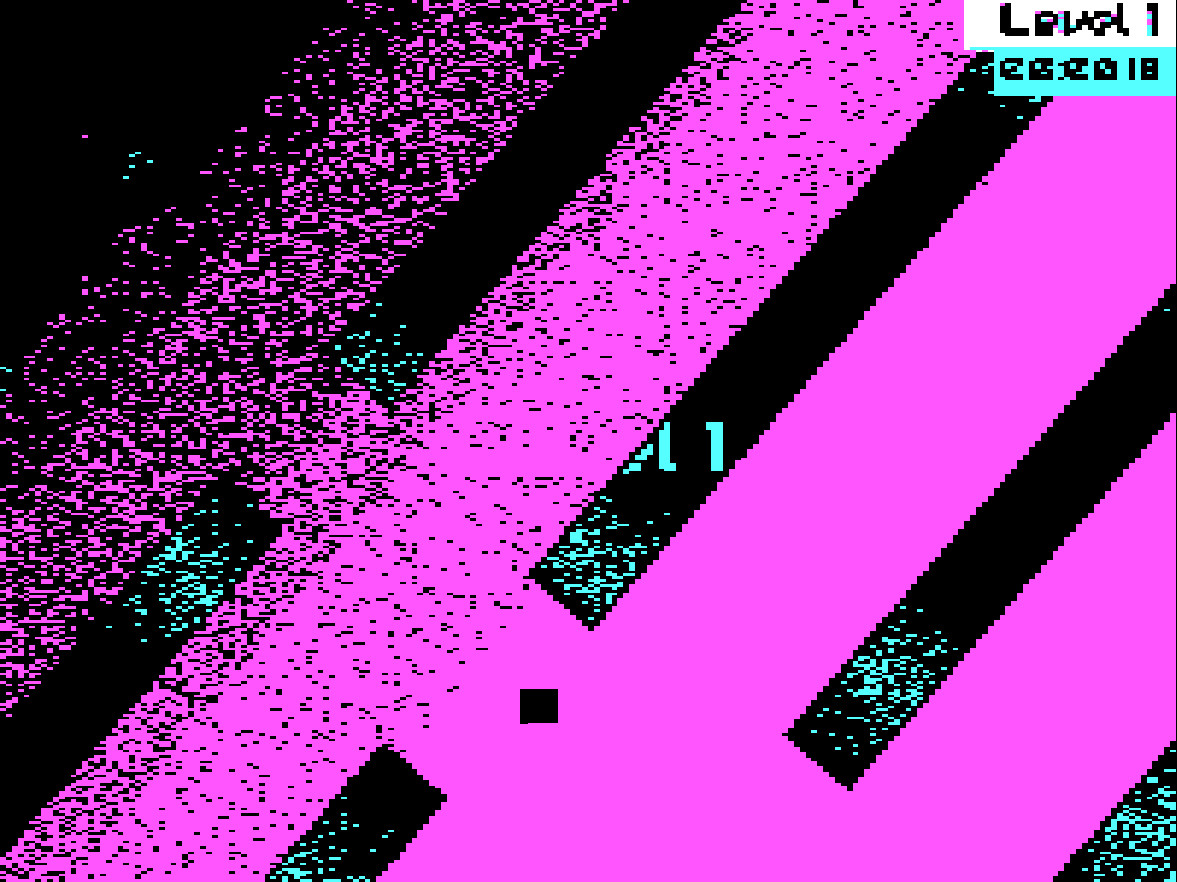 Developed by newcomer Reflextions, Protoshift is an obvious amalgamation of previous indie games of similar ilk, most notably the above two mentioned. However, where Flappy Bird had a cartoony charm and Duet was just beautifully minimalist, Protoshift lacks all and any elements that give the aforementioned (and others) their distinct character. Gameplay-wise there’s nothing wrong with the game: the challenge is present and consistent, the inclusion of power-ups provide a few seconds worth of reprieve from the unrelenting difficulty, and the music is excellent (more on that later). The fatal flaw of Protoshift lies in its visuals. I’m not one to condemn games based on their visual-quality, but damn, Protoshift is not a good looking game.

You might argue a colorful production is befitting for a twitchy indie game like Protoshift, and you may be right, but it is only acceptable when done in an appealing manner. Protoshift doesn’t do that. I recently reviewed another balls-busting indie game called Space Moth DX, and while its production leaned a bit on the garish side the implementation of 80’s aesthetics greatly pleased me. It was attractive to the eye. Going back to the original examples of Flappy Bird and Duet, both games look good and attractive to the eye, to say nothing of the latter’s other aspects. The monochromatic title screen of Protoshift promises an experience a la Wipeout, but that expectation is quickly betrayed by the introduction of non-complimentary colors that feel like were done by a kid very new to the concept of gradient on CorelDraw. I know I’m moaning about the same thing over and over again, but it really is a persistent issue. 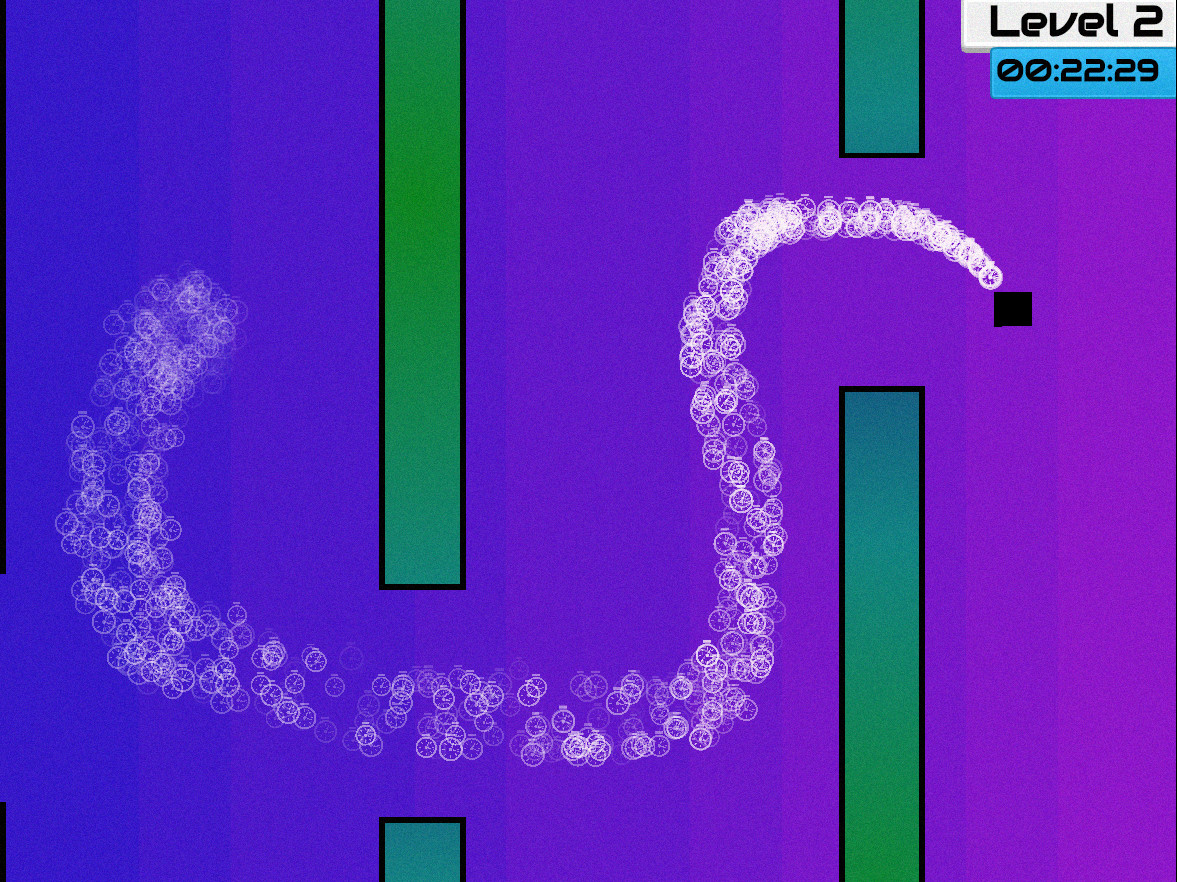 The game also allows the use of power-ups, but there’s one slight problem: there’s no indication as to how long they’re going to last. In most games there’s always a visual cue displaying the ‘health’ of the power-up, but here there is none. Maybe it’s an intentional design choice, but I found it infuriating because it was one more thing to worry about, and when you’re a one square pixel traversing through a spinning world full of blocks that disintegrate you upon contact, that’s a worry one too many. I wish there was some sort of animation before the power-up dying out. This is most troublesome when you get the shield power-up; it makes you invincible for a short while. But how much is a “short while” in this game? I didn’t let my focus divert for a second to discover that out.

Now we come to the one aspect that won me over: music. If Reflextions continues to pour out music to the level of that seen in Protoshift, they might very well become my all-time favorite indie company. An eclectic mix of throbbin’ electronic synth-pop, moody tunes and orchestra-in-muzak, the OST has now become one of my favorites. “I’ve Gone and Messed It Up Again” – the second longest track in the album – is my personal favorite. I highly suggest you go and listen to the album.

In conclusion, I’m having a conflicted time in recommending Protoshift. Sure, it carries all the hallmarks of a notoriously difficult yet simple indie game, but as a designer and admirer of beautiful aesthetics, I find the visual-quality of the game very lackluster. If it were a game that could be played with the eyes closed, I most certainly would!