You always hear tales about the great heroes who slew the dragon, defeated the shadow cult, or rescued the princess from the clutches of a large yellow turtle and multiple castles. But what about the villages that spawn those heroes? What about the boring old settlements under their protection? Enter RPG Tycoon, why build a theme park or a zoo when you can be the kind of tycoon who saves the world one dungeon delving hero at a time!

While not an entirely original concept, RPG Tycoon does work a different angle of your common dungeon delver and makes them fun for control freaks like me. Essentially, you’re in charge of building up a town that supplies nearby settlers with supplies and acts as a home base for several heroes who go on epic journeys and protect. But life just wouldn’t be fun without competition so besides fulfilling your role as a caring employer and mayor you’re also in competition with neighboring kingdoms for the title of the most popular kingdom in the land. Sounds like High School all over again. 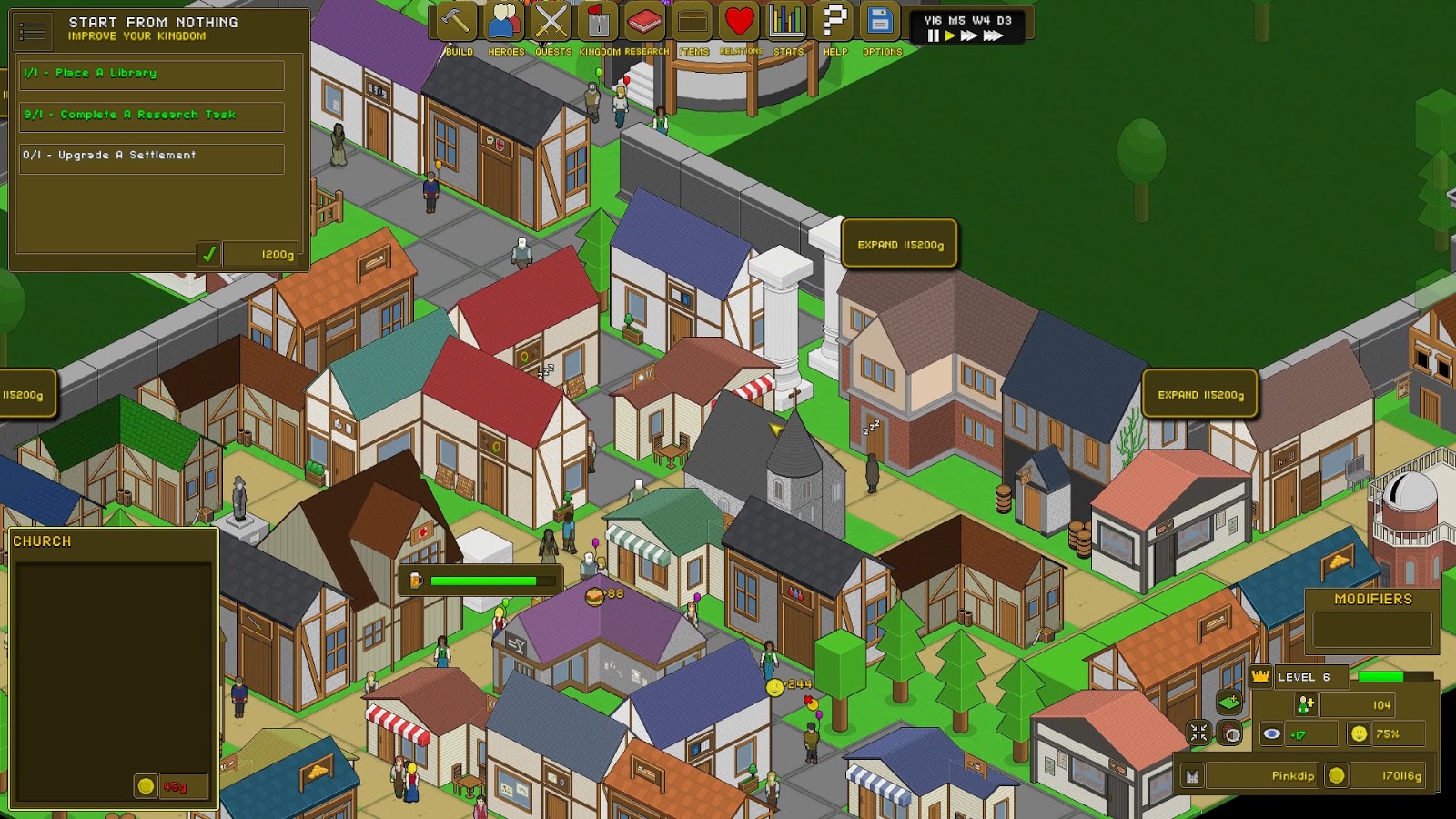 Like with all tycoons you start off with precious little and begin by hiring your first hero and building your first stores. Your popularity and score are based off of how many followers your kingdom has which comes from the settlements under your protection, the awesomeness of your town and through the successful completion of epic quests. Early in the game your main source of points will come from completing quick quests for the local settlements to build their happiness and boost your capital. You can try completing epic quests which give large volumes of cash, followers and items but one hero does not a party make. As you grow your town and build up followers you’ll have the chance to build your party and level and train your heroes.

Skatanic Studios, the game’s developer brought some interesting elements to their questing system. Your success in the quick quests are based off your hero’s skills as well as what supplies you send with them. You have six slots and a number of items to fill them with. Each quest has an optimal set and order for the six items to gain the maximum happiness possible. However, you do not have access to all the types of supplies right off the bat, additional items are found during epic quests or (though I haven’t been able to verify this) by sending a hero with all six of the right items in the right order on a quest. 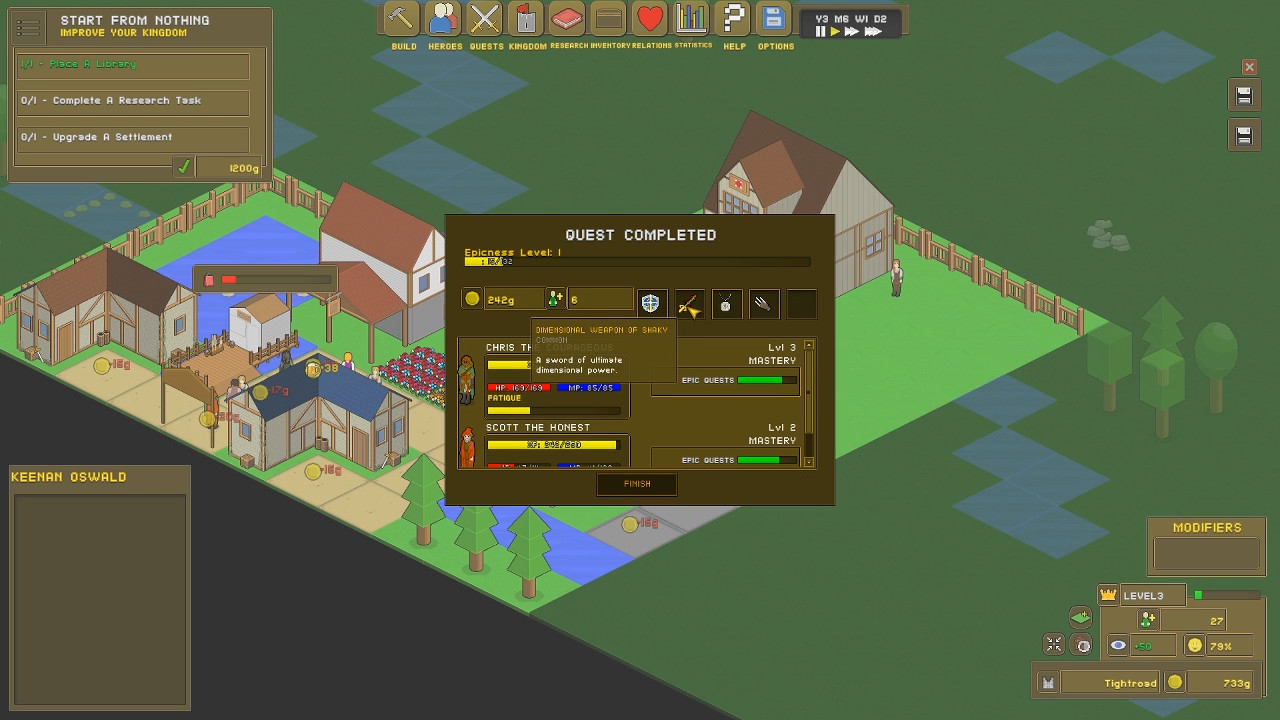 The Epic quests are based off of stat rolls and are pretty funny. The various epic quest levels (from tame to epic) have a set number of checkpoints where you have to chose the course of action for your party. Your characters then roll for their “attack” values based on whatever stat that action requires trying to reach the target number. If you have a lot of heavy hitters you might be able to take on the shady looking fellow who tries to make you a deal at the crossroads. If not, you might want to skedaddle. Some characters have traits that make them more efficient at epic quests like taking less damage or getting to roll twice. These quests where a lot of fun, especially since there was usually loot after but they did become monotonous by the end.

In early access this game was pretty hinky. Some of the buttons didn’t work properly, there was very limited help and a lot of it could be frustrating to figure out. With the full release however it seems that Skatanic Studios has taken some player feedback to heart. There’s now an awesome tip window that pops up explaining new features. The quests seem to run smoother and the epic quest drop rate for quick quest supplies and other goodies seems to have improved dramatically. The changes are very welcome and they come together to make this a solid and enjoyable game. Oh, by the way, I absolutely love that I can have Dr Who (sorry, The Medic) in my party and the TARDIS in my town, I may have fangirled a bit.