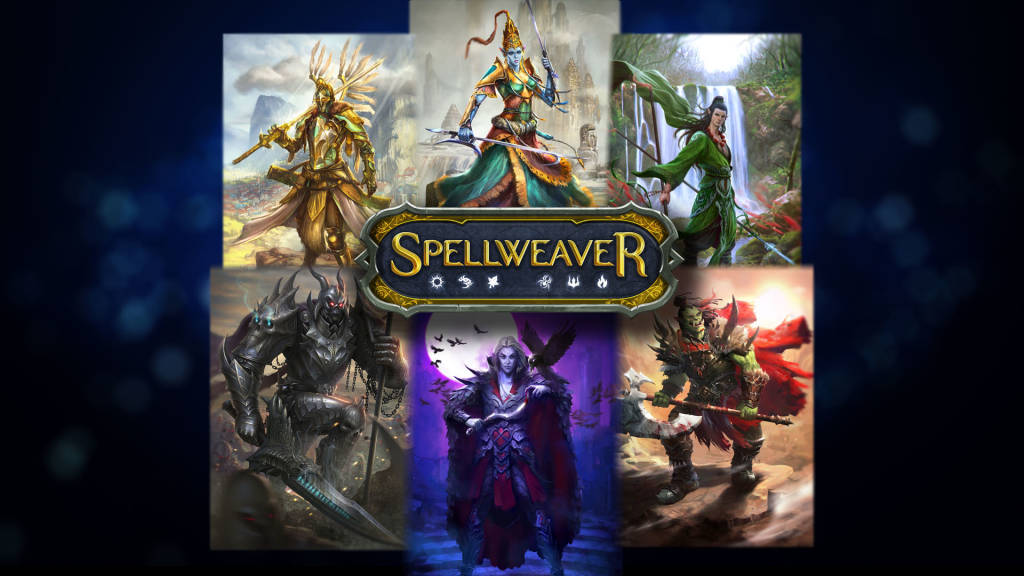 Spellweaver immediately feels familiar, blending elements found in the popular games Magic: The Gathering and Hearthsone. This familiarity makes it relatively easy to delve into while walking the fine line of having ‘been there and done that’ before. Thankfully the pay model (because this is a free-to-play game) is not thrown into your face as egregiously as many similar titles and the strategy is deep enough that it kept me coming back for more.

The shrines in this game are the key to its familiarity, playing out like a combination of land from Magic: The Gathering but also having a flexible option to spend it off not in generating mana, but raising your magic levels (not unlike Might & Magic: Duel of Champions). It adds an interesting layer of strategy right off of the bat that appealed to me. As someone who has played a metric ton of physical and digital card games over the years, I seldom felt ‘mana screwed’ – one of the most annoying things to happen in a game of Magic. 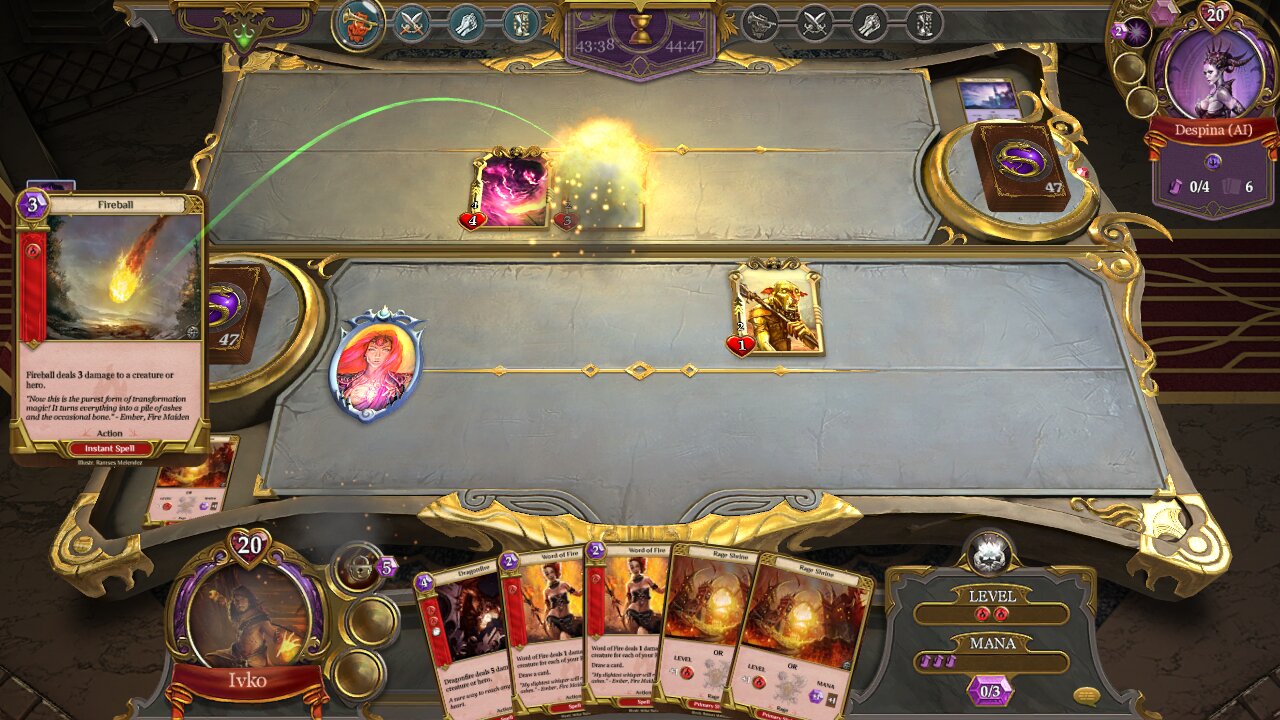 Other small touches help Spellweaver to stands out as well. There is a speed mechanic that means some cards are more capable of blocking an opponent than others. There is also an incredibly strong sense of synergy with deck design. I strongly recommend using Corruption to start when you pick your starter deck. Even as a ‘newbie’ deck, I was holding my own against more ‘advanced’ decks regularly, because it really is all about understanding how to play your deck. The units are slow, but powerful and made for those who prefer an offensive strategy.

There are many other themes as well, however. Nature is all about the quick but weak elves looking to swarm their opponent. Rage is the equivalent of a red/burn/aggro deck in Magic. You can of course blend types of decks as well, and as you unlock more powerful leader characters, you will see more opportunities to blend deck types. Sometimes these blended decks work very well together, sometimes they can be rather tricky to master. One of the few complaints I have about Spellweaver is that while the basics are easy to understand, the tutorial felt very lacking. I have seen comments about some of the mechanics not being clearly explained, and if you are new to the genre, I can easily see how one could wind up missing important details that cost you matches early on. 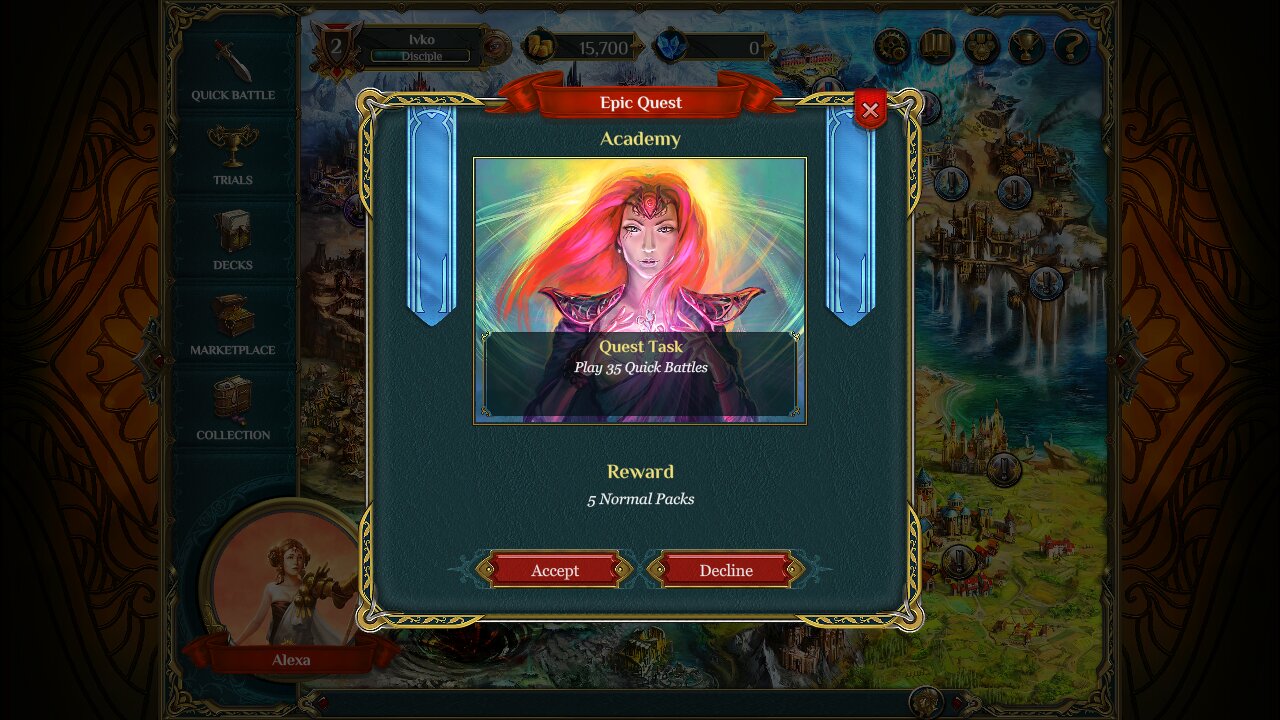 While I do enjoy playing against other people, the actual user base is not terribly large right now. I am glad to see that there are some different AI options (better opposing decks yield better rewards if you win), so you can play if you struggle to find players to do battle with (or as was often the case with me, wind up squaring off against the same players over and over again some evenings). Some of these titles throw their microtransactions in your face to the point of almost feeling sleazy (Magic Origins unfortunately crosses that threshold now and again). I would consider Spellweaver quite generous on that front. Sure, it is easy to spend a few dollars and expedite your progress, but the numerous quests give you ample opportunity to gain currency to spend on packs and the like.

It helps tremendously that the vast majority of these quests can be tackled by simply squaring off against AI opponents. If you want to accelerate the process, you can ramp up their difficulty and take the chance you might lose instead, so there is a nice balance of risk versus reward there. Some of the quests are more useful than others, providing some currency or dropping pack bundles on you. It also helps that every five levels, you can unlock a new starter deck, which in turn opens up more quests for you to chase down. I admit that there were several nights (I have been playing pre-release over the last month, which could very well have been impacting my limited number of opponents at the time) where I just wanted to do ‘one more battle’ because it would help me complete that ‘one last quest’. The hook is very real. 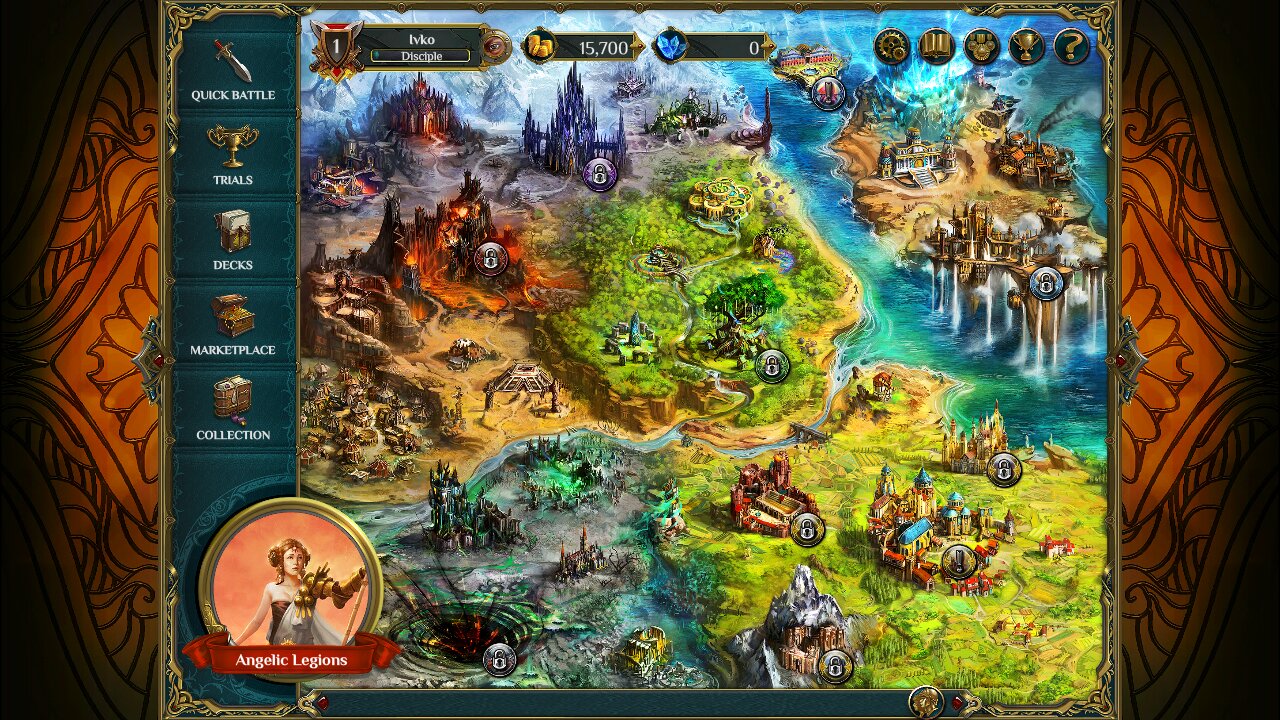 In terms of the presentation value, you get pretty much what you would expect. The music is nice, the artwork on the cards is attractive, though it lacks the flair and animations of a AAA game like Hearthstone. There is a strong sense that if you are willing to pay to play, you will come out ahead more often than not. Perhaps no genre better represents this model than digital card games. After all, I always viewed the physical ones like Magic: The Gathering, Marvel Overpower, Legend of the Five Rings, etc as the original ‘pay to win’ model. Spellweaver does not fully escape this, despite feeling more generous than most of its brethren in the genre.

Spellweaver checks most of the boxes I look for in a digital card game of this nature. It is almost familiar to a fault at times, showing less innovation than I would have liked, but the mechanics are intelligently layered and the experience is still a highly strategic one. It also has room to grow – something I hope does happen as the developers continue to take feedback and iterate on the game. It might not quite hang with the biggest names in digital card games, but Spellweaver is pretty close.