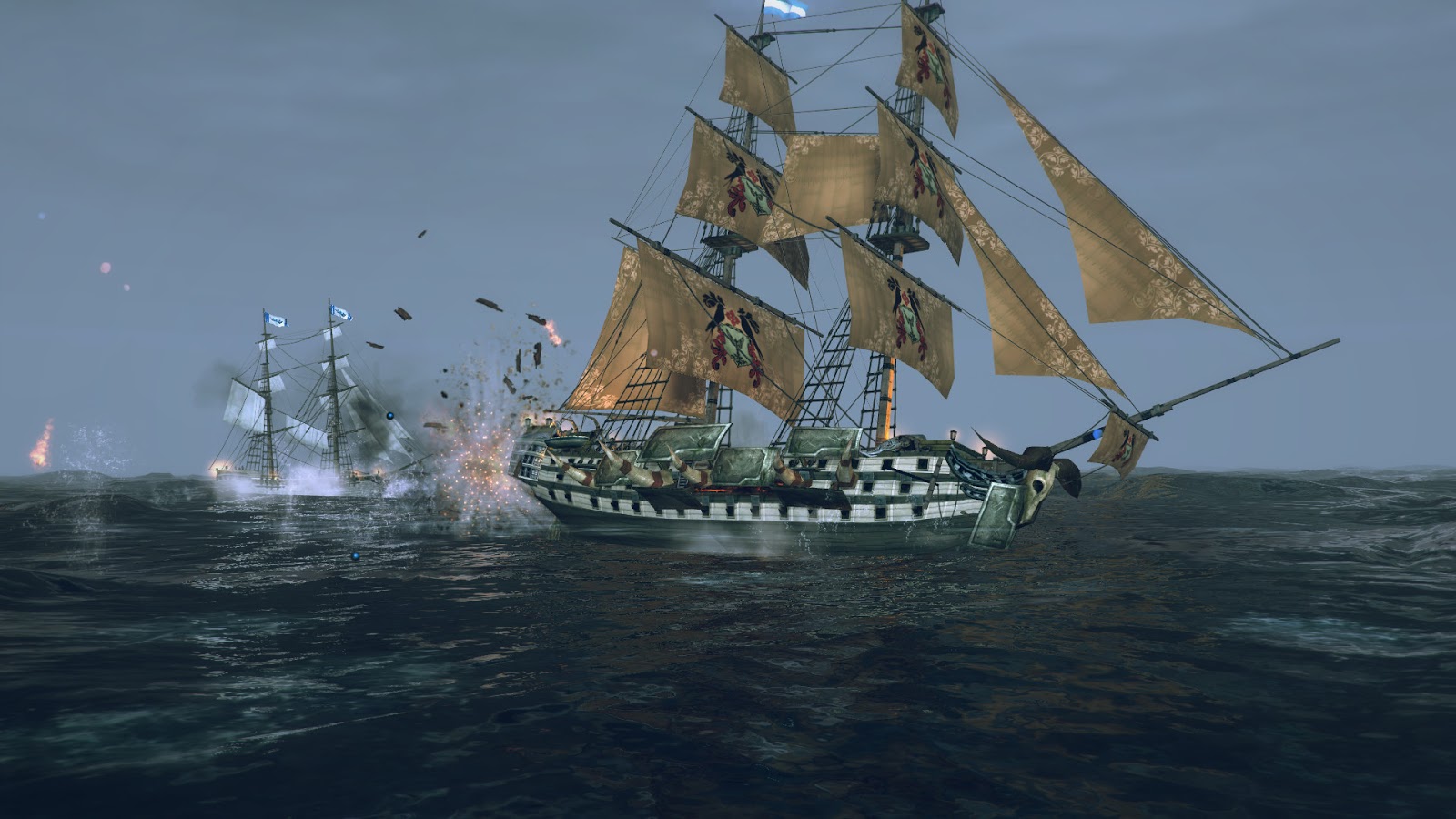 I love pirates – they hold a particularly warm and ale filled place in my heart. So do games that let you go off and do what you want. I like good stories but I also like to slip away and go off on my own little adventure before saving the day. Tempest plays right into my love of gleefully scooping up loot, outwitting grimy characters and excitedly buying new types of projectiles.

In Tempest you play as a pirate ship captain whose beautiful boat was viciously attacked and sunk by a giant sea creature…thing. Everyone thinks you’ve been into too many barrels of grog but you swear it was a giant, tentacled sea creature and you’re determined to hunt it down and claim revenge! Now that you have a new ship, all you need to do is pick up some of your stray crew and maybe plunder some shipping routes or fortresses along the way. You are a pirate afteral and cannonballs aren’t cheap!

The mechanics for Tempest are a lot of fun but challenging to start. You navigate on an old map by clicking the area or town you want to go to. Some towns are just little ports that carry the basic equipment and allow you to repair any damage to your vessel. Others are huge trading mechas where you might get better weapons or hear a piece of gossip on the creature you’re hunting down. As you travel from town to town you will have the opportunity to engage in ship battles. You can attack merchants, repel invaders, or assist in other raids. Who you attack will allow you to gain or lose reputation points with the various factions scattered across the map. 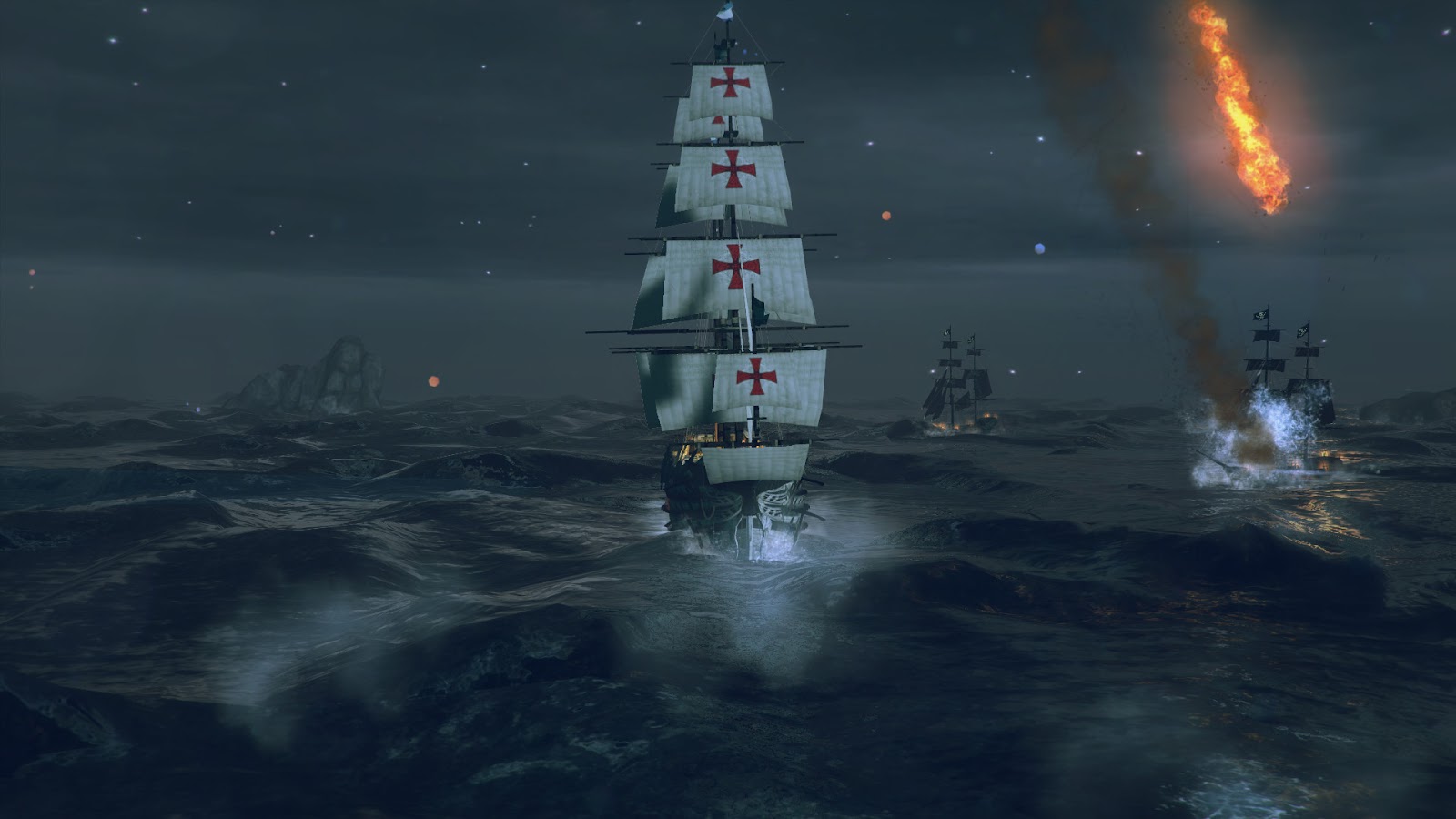 The sea battles are the main focus of this game. Like the sea battles in Windward your aim is to line your enemy up with your cannon banks on your ship’s sides to fire while dodging their canons. Different ammunitions target different parts of a ship and provide different benefits. If the ship you’re facing is more maneuverable or faster than you you might want to use a chain shot to destroy its sails. If you intend to board the ship then heartlessly killing off its crew with poison or shrapnel shots will make a hostile takeover much easier. And if you prefer to just sink your enemies then a good old cannonball will do the trick. These friendly exchanges of bits of metal happen while you and the enemy dance around rocks and sand banks that can do just as much damage to your ship as an enemy projectile, not to mention the occasional guard tower.

Though the storyline is simple Tempest flows well and it’s obvious Lion’s Shade put a lot of love into this game. The graphics are surprisingly good though with some room for improvement. Your boat always looks like it’s going to sink at any moment because of the water effects running across your deck. Also. it seems that the instance weather effects are based on Scotland because it’s almost always raining! I would really love to see more ship upgrades because I could never seem to find much. The stores only sold what I already had and the ships I destroyed usually only dropped gold or sell-able stuff (not that I’m complaining). I love the fact that I don’t have to participate in the encounters if I don’t want to, I can leave or autofight if I want the booty but am feeling really really lazy. 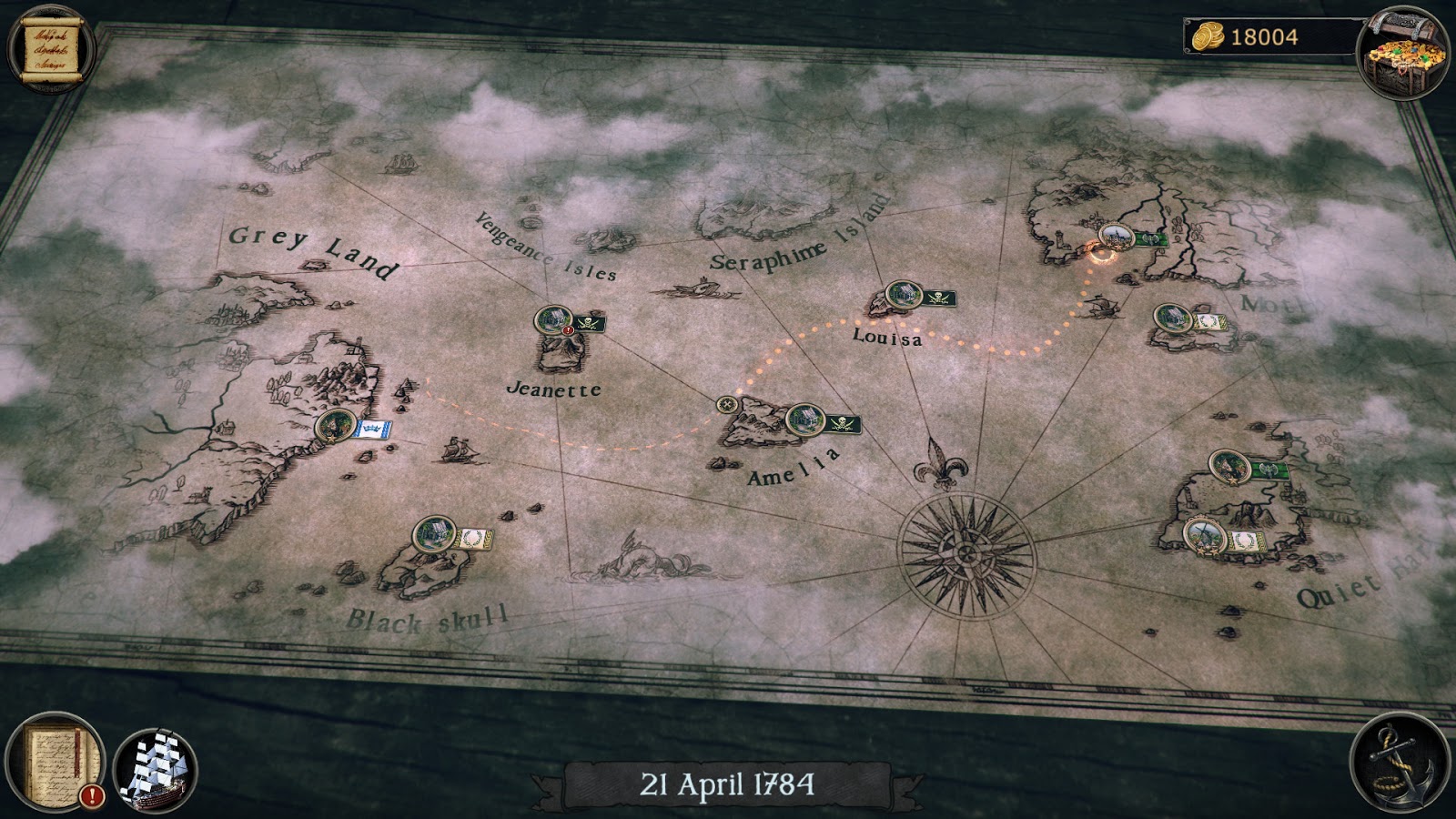 The creatures you can encounter in the deep seas are a fantastic addition. The camera shaking as the creature launches itself at your ship while you’re dodging enemy fire makes for a pretty wild ride.

Multiple saves would also be nice because it’s very possible to find yourself in a position where you cannot afford repairs or more cannon balls. At that point you’re pretty much game over and need to start again.

Overall, Tempest is off to a fantastic start and I can’t wait to see more content. Thumbs up Lion’s Shade for creating a great addition to one of my favorite genres. 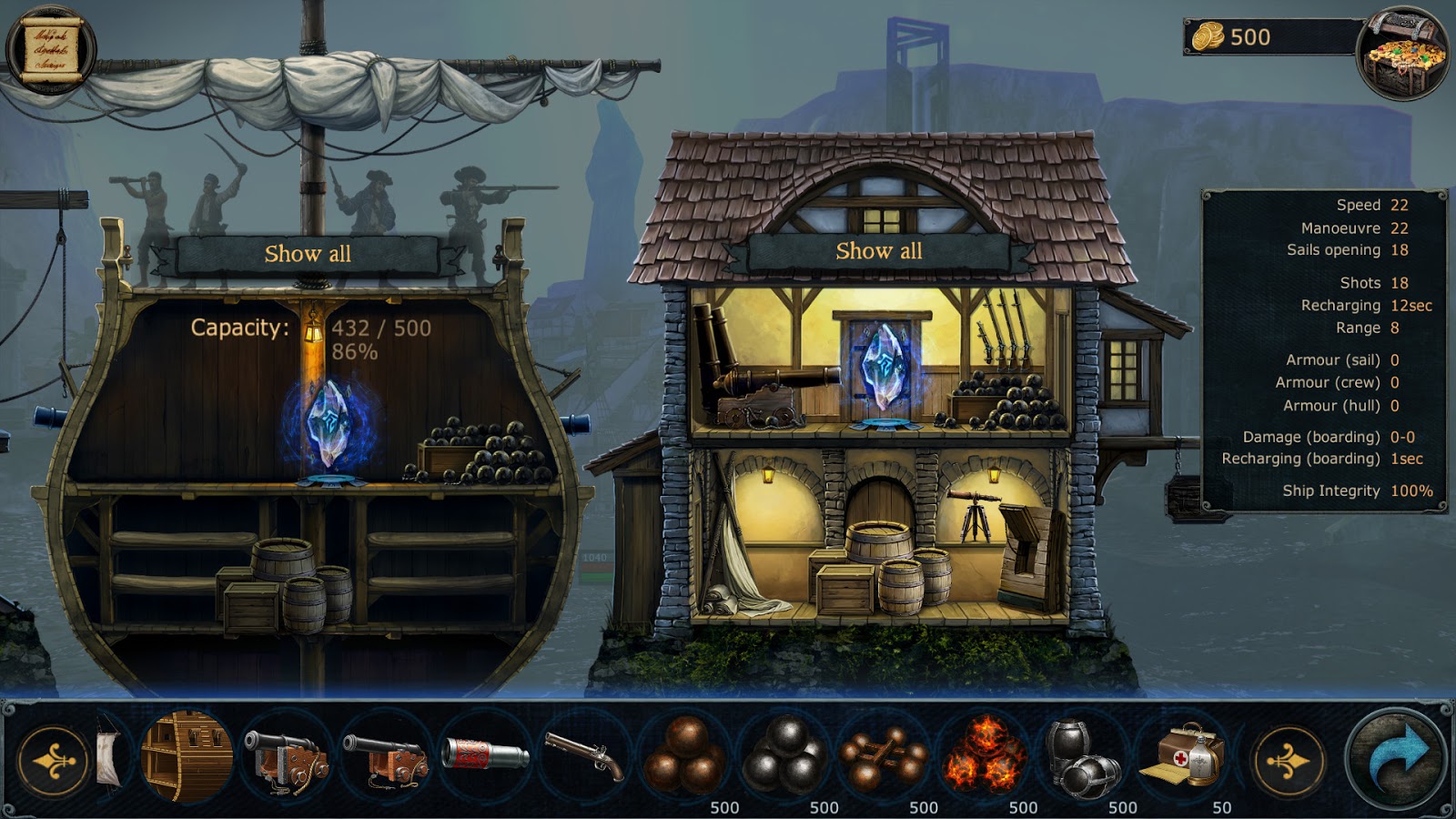