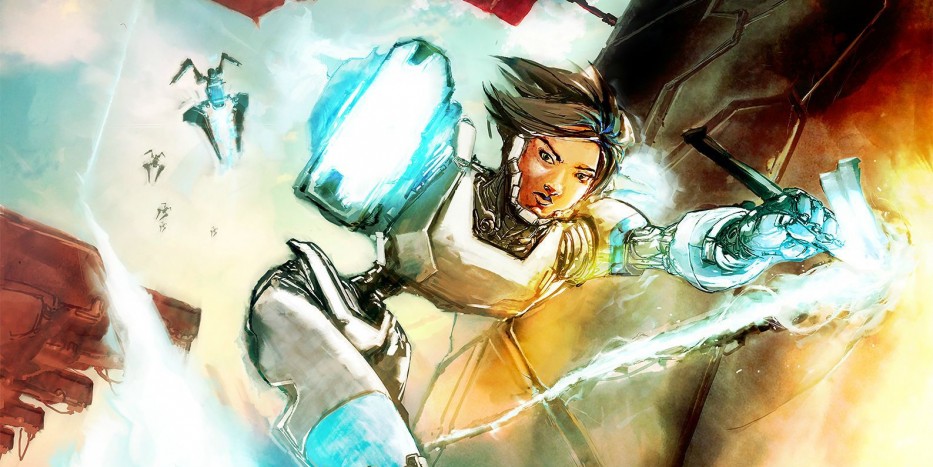 The art style is lo-res, and it does this exceptionally well. It feels like an arcade title, and in theory, even plays like an arcade title, like if Gauntlet was a platformer. The feel, the ambiance, is definitely captured by the art style, and if you had followed this game back when Blood Alloy first hit kickstarter, it would have made for an awesome Metroidvania style game. Well, that ‘Reborn’ bit added on to the end there changed quite a few things. Points were a worthless thing in Super Mario Bros., and a lot of games from that era, and BA:R is uniquely and solely interested in the amassing of these pointless numbers. Now don’t get me wrong, points are just as worthless as achievements, level-ups and unlocks, in the grand scheme of things, but perhaps just as a product of the time I grew up, they were never relevant to me, as I started my gaming career on the NES. 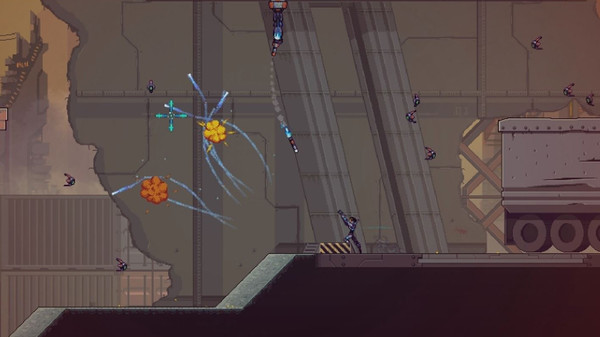 The in-game tutorial explains the basic controls, how to move, jump, dash, shoot, slash and triple-jump. It also explains just how absolutely worthless the game camera is going to be to you for the entirety of the game. While teaching you about jumping and triple-jumping, you are required to jump from platform to platform over a death-pit. You need to do this with the camera zoomed right up in your face, while you’re at the far right edge of the screen, in such a way that you can’t tell you’ve jumped past the platform until you’ve literally fallen past it. This will be a continuing trend, as the only time you have a decent view of the battlefield is when you are dashing. If you stop dashing, the camera zooms back in and you will walk into enemies before you see they even exist.

But the camera isn’t even the worst thing about this game. A bad camera is fairly damning in and of itself, but the controls, the core means for you to interact with your character, are flawed on such a basic level that it makes this game not only un-enjoyable, but nigh-unplayable. I play with a trackball mouse, and you use the cursor to aim your shots while you move, jump and dash about with the keyboard. This worked out well for aiming shots, but the platforming and the directional controls just felt … janky. In the control setup menu, though, it does say that this game is meant to be played with an X-Box controller, so I found my PlayStation controller, launched SCP and gave it another shot. The camera was still an issue, but at least the platforming felt smoother, like sandpaper on my calf instead of a cheese grater. Only problem was the gun was essentially worthless, with how they have it set up. 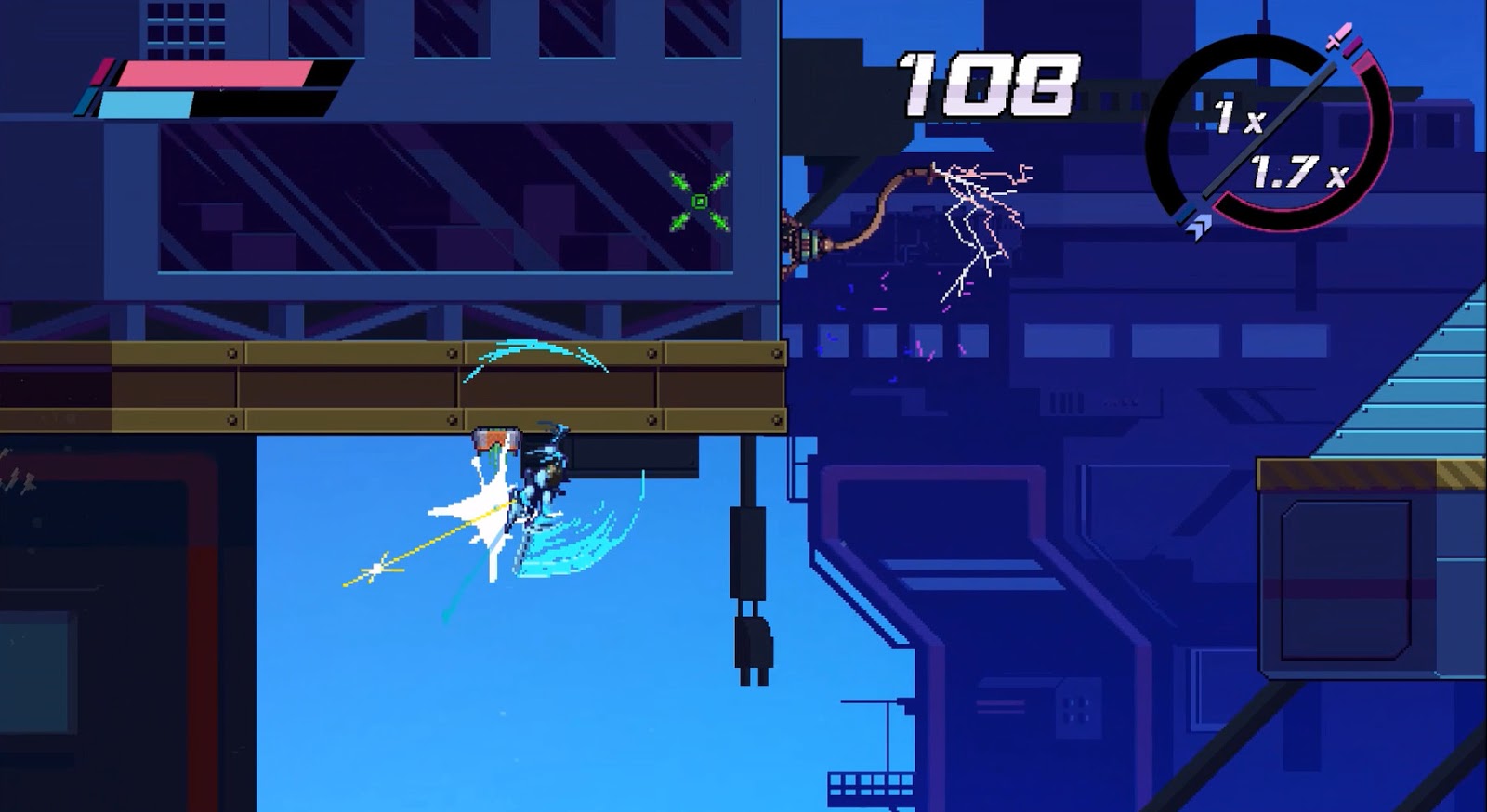 I was super excited for this game, and visually (and aurally) it is still quite nice. As a non-interactive art piece, I’d score this game quite decently. Sadly, this is a work that requires interaction with the user, and between the unlabelled hud, the malicious camera and the impractical controls, this work doesn’t weigh in very well as a game. My advice?  Start the game up, crank the volume and just jam out to the amazing tunes. It’s quite good for coding or writing unhappy reviews.

I look forward to a patch fixing the camera and controls. 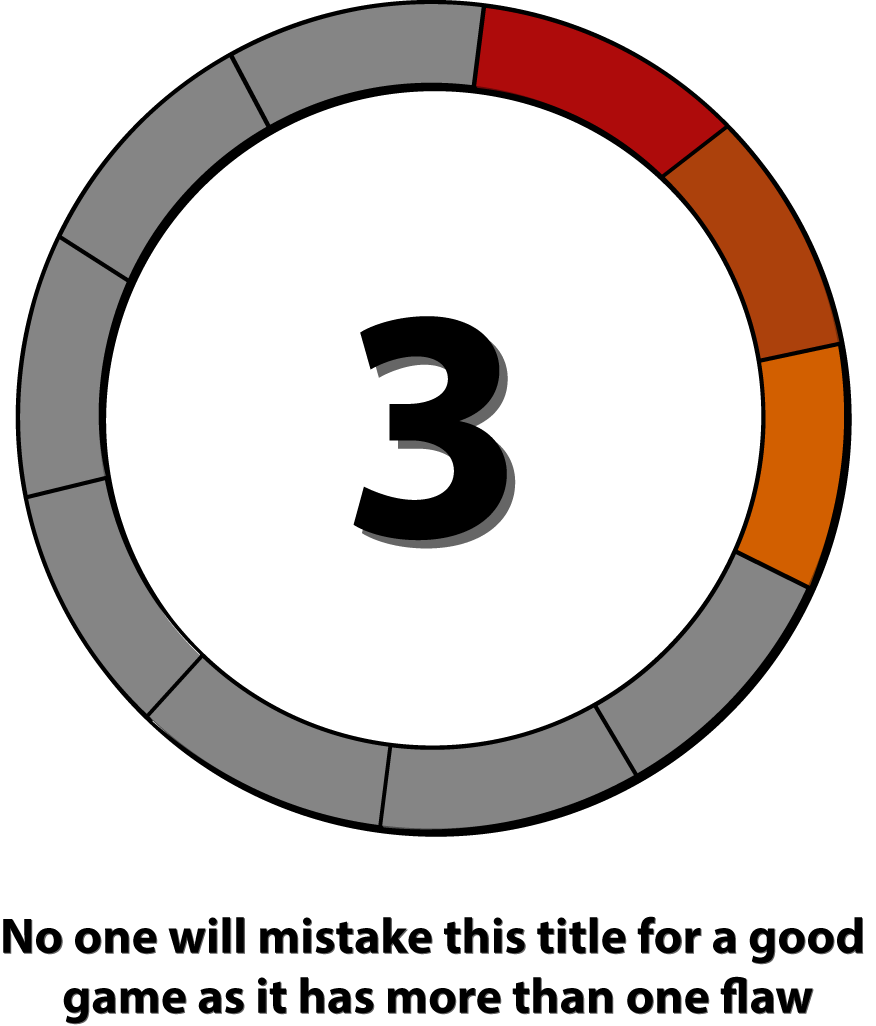 Facebook Twitter Pinterest E-mail
Previous article Ghostlight to bring Japanese action game Way of the Samurai 3 to PC
Next article A 'new' PlayStation 4 and Xbox One? The idea makes sense, but the suggested execution is wrong - Gaming Thoughts