comments Share
You are reading
Chronicles of Teddy: Harmony of Exidus Releasing 3/29/16 and 3/31/16! 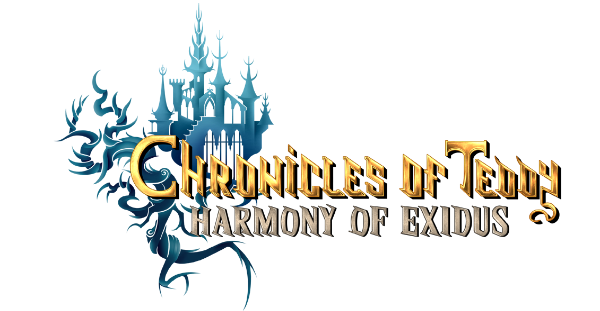 Aksys Games has a new title coming right around the corner.

The King is dead. As their heir it is up to you and your magical powers to continue to grow Siralim and to protect it against those that would do it harm. Armed with powerful magics and the ability to create allies in order to battle on your behalf, explore the realms in order to bring back materials to further both Siralim and the the forces that you can create in order to protect her.

Aksys Games and LookAtMyGame proudly announce that Chronicles of Teddy: Harmony of Exidus will be available for digital download on the PlayStation®4 computer entertainment system 3/29/16 and Wii U™ 3/31/16. Action adventure RPG elements fuse together with lavish visuals to create a nostalgic world unlike anything you’ve seen before.  Navigate your way through hordes of nefarious monsters and massive boss battles in retro pixelated 2D glory! Solve puzzles, converse with locals and gain skills to restore hope to the once peaceful Exidus.  Hidden items, secret areas and bonus quests round out the 30+ hours of gameplay!

•Bring on the Bad Guys! – Giant bosses and vicious monsters will test your might as you fight to save Exidus. Develop your skills and adapt your tactics to gain the edge over evil!
•Musicom – Communicate with monsters and villagers by collecting runes and mastering their arcane language!
•A Trove of Treasures – Bonus unlockables, secret items and extra quests add extra depth to the gargantuan journey before you!