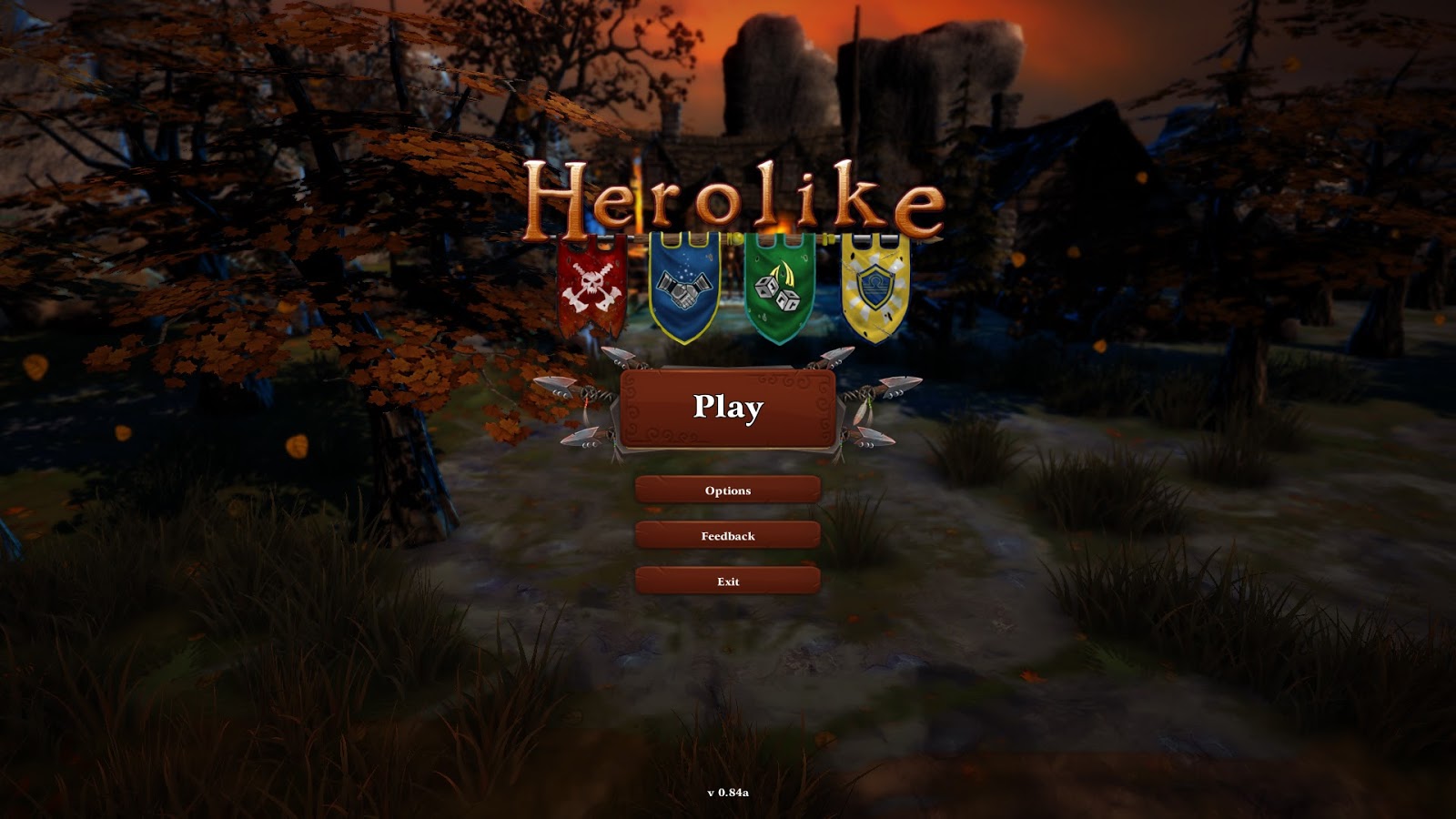 When a title describes itself with the following “With combat inspired from classics such as Diablo and Torchlight, this hack n’ slash roguelike RPG puts you in the shoes of a powerful hero on the rise.” I can’t help but be interested from the get go being a huge fan of the Hack and Style / Roguelike styles. Currently within Early Access on Steam, Herolike is an interesting merger of different ideas that gives it not only a unique feel, but is loads of fun to play for hours on end.

Still within its alpha stages there are currently two playable character types offered in the form of the up close and personal Guardian and the long ranged Shaman with magic as well as projectiles from her staff. Each character type offers simultaneously a different but familiar experience with skills that while distinctly different, function along the same lines. The Guardian for example has a powerful shockwave while the shaman has tracking magic missiles that will find their targets even if you are currently looking the wrong way you can still claim that you got them. Where things become a bit more similar is in the third and fourth skills that increase armors and turn our characters into Avatars of power which is a lot of fun to do. Having currently gone this route allows for similar styles to be played while still offering enough of a difference to make having different classes worthwhile. It’ll be interesting to see how the rest of the classes play out over time.

Unlike Diablo, Torchlight, Titan’s Quest, Grim Dawn, Victor Vran, Van Helsing (you obviously get the point by now), Herolike has a different approach for Hacking and Slashing elements that works perfectly in the Roguelike world which is all about chance as even the best strategies can be sunk by elements out of our control. Instead of being provided an open or even open-like world to explore, players will instead be treated to instances that follow different tenants depending on how the world map is designed for that play through.

The world map is one of the first Roguelike elements that makes its appearance with various possible styled scenarios built across the screen horizontally in the form of a branching path. Hostile (pure Hack and Slash events), Tower Defense, Role Playing, and taking a Gamble are the options spread out for players to choose as they cross the map. The layout of the options is randomized for every new character as are what actually happens within which spices things up a bit. Currently ranging from one to three options sometimes the options being random are two Hostile and one Tower Defense really giving the player one of two choices. The interesting thing however is with everything being randomized, Hack and Slash Option A can be completely different than Hack and Slash Option B. 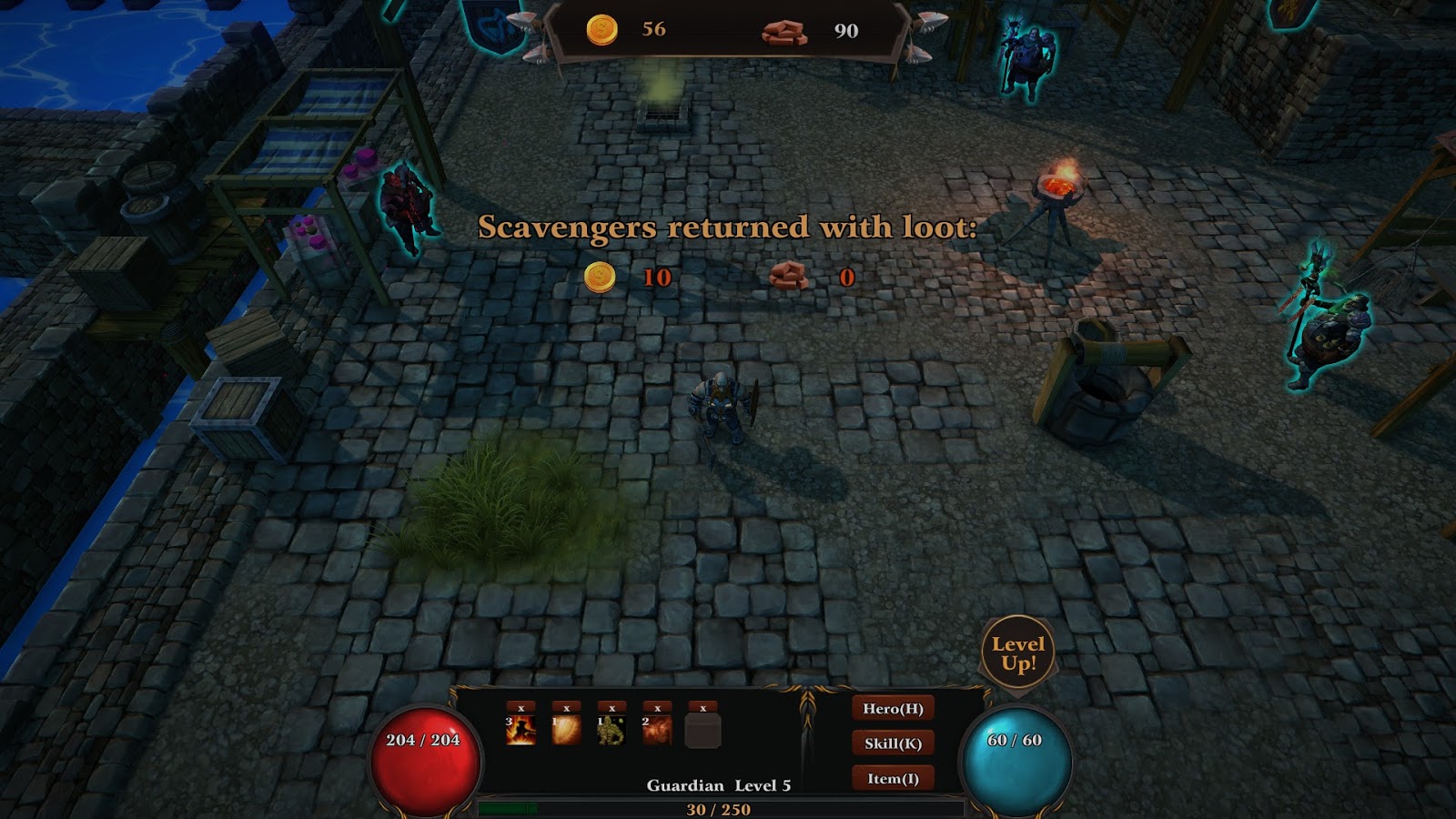 Right now both the Role Playing as well as Hostile are the two styles of events that contain the most amount of variety. Role Playing is exactly that with a variety of situation that your character can find themselves in up to even the point of deciding if it’s worth getting involved or not. Your actions along with current reputation will determine the outcome of the reward in the form of gold and more renown. Hack and Slash is exactly that and unlike the Tower Defense in which a point must be protected, Hack and Slash is simply surviving without worrying about defending a point but instead staying alive through a variety of different locations each with their own traits.

A cold landscape reduces the speed of movement as it’s freaking cold (looks outside at our current Canadian weather and I can’t blame our characters), a dark cave reduces the visibility until the enemy is right upon you, and a graveyard may spawn patches of darkness that will suck your health away. Add in a desert with sand tornados and there’s more than just the enemies that can kill you. Death you ask? This is a Roguelike but if you die, you’re dead and must start everything all over again from the beginning. Don’t worry though, if you were smart about it death isn’t all that bad as your heros essentially have a keep in which they can build up with various merchants in order to make the next run just a little bit easier. 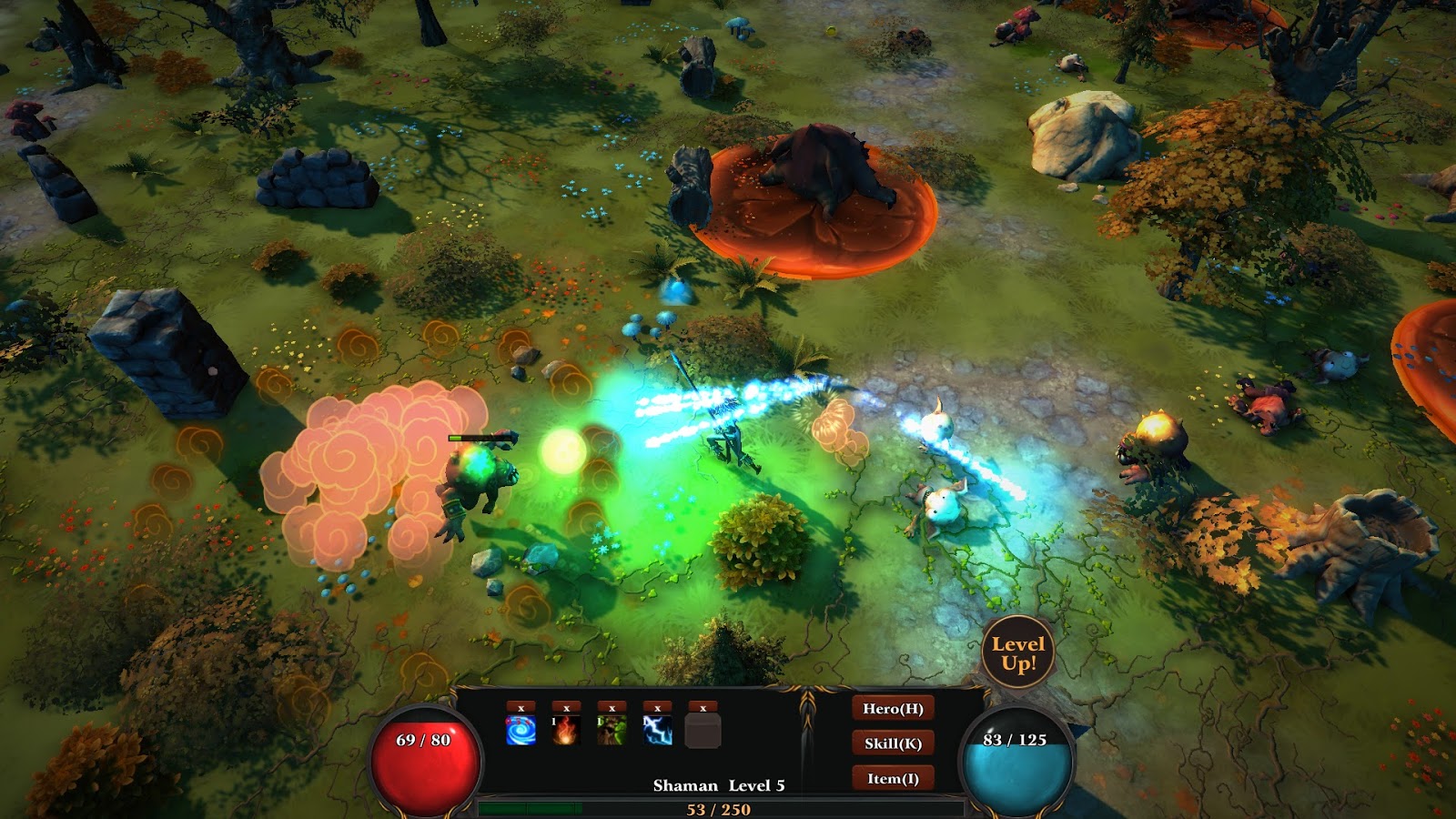 The town in which the Keep is located in can be viewed as a base of operations which isn’t necessary to always go back to unless you yourself deem it important. This was a great move on Games Hut part as if there was nothing to do why would I have to go back there only to leave again? The town plays host to a variety of shops for gear both offensive and defensive purposes, items such as healing potions and gold magnets, a station to boost the starting level and funding, an alter or resurrection, and finally for the cost of renown sending out other adventurers to hopefully find gold and materials. To build these shops is where the Keep itself comes in as it produces a set quantity of materials for every point completed on the world map. Once enough materials have been amassed then buildings can be then put into place which become permanent even after a character death which makes the next playthrough that much easier as better gear can be accessed quicker. Once established, the shops like the Keep can be upgraded to provide both a better range of equipment and more materials respectively.

Being in Early Access and within the Alpha no less the amount of content currently available is impressive. Being in said Early Access however it is to be expected to see some bugs such as random crashes or it crashing once character death has occurred. Nothing is honestly game breaking as things load back up fairly quickly but it should be expected that the game will crash instead of returning to the main menu in order to create another character.

Herolike is already on its way to become something great taking ideas from two different veins and creating something fresh that is great to play for long periods on end even if you die to a chest because you figured the poison would have all been out and you wanted to know if something actually WAS inside of that chest. Alas… it was but my first of many deaths.